In her fourth letter to the PM since lockdown was imposed, Gandhi urged the prime minister to broaden the ambit of free food grain distribution beyond those covered by the National Food Security Act. 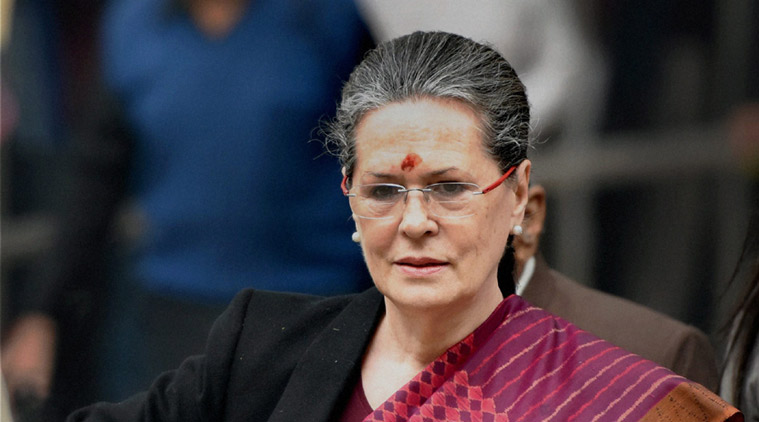 New Delhi: Interim president of the Congress party Sonia Gandhi has written to Prime Minister Narendra Modi urging him to broaden the ambit of free food grain distribution beyond those covered by the National Food Security Act (NFSA).

“Lakhs of vulnerable people across the country face chronic food insecurity due to the lockdown. This is tragic given that India has large buffer stock of food grains precisely for exigencies like the current pandemic,” she said in the letter.

This is Gandhi’s fourth letter to the prime minister since the lockdown was imposed. In the other letters, she has attempted to draw Modi’s attention to the plight of migrant workers, farmers, daily wage earners and small and medium scale enterprises.

As of now, under the PM Garib Kalyan, the government has promised to provide 5 kilograms of additional grain (wheat or rice) to each household which is a NFSA beneficiary per month for three months.

Also read: Marooned and Abandoned: Workers From Jharkhand and Bihar Run out of Food in Meerut

But Gandhi argues that this is not enough. “I would like to bring to your notice that all migrant labour who have been facing acute distress may not be holding NFSA cards. In addition, many deserving people have been excluded from the NFSA lists,” she wrote in the letter.

Gandhi bases her argument on two reasons. One, she says, is that several families which were earlier relatively food secure now face food insecurity and poverty due to the lockdown. The second reason is that the current beneficiaries are decided based on 2011 census data and the system does not take into account population increases between then and now. The result is that several families who would be eligible to receive benefits under the NFSA are left out.

So, Gandhi says, the prime minister ‘must’ extend the provisions to NFSA beneficiaries for a period of six months, and not just three. The government should also provide 10 kilograms of grain instead of five free of cost.

The Congress president has also said that the PM needs to ensure that those who are food insecure but are not covered by the NFSA do not go hungry. For this, she says, 10 kilograms of free grain should be provided free of cost to those who face food insecurity but do not hold ration cards.

“In our fight against the pandemic we must ensure that no one faces hunger,” the letter says.

On Monday, another letter on similar lines signed by over 450 scholars, activists, lawyers, doctors and students was written to Ram Vilas Pawan, minister of consumer affairs, food and public distribution, under the aegis of the right to food campaign.

That letter also argues that the PDS coverage is not complete and says that at least 9 crore people are left out of the coverage due to the same reasons as pointed out by Gandhi.

It makes two recommendations. One, that the government should extend PDS to cover every individual even if they don’t have a ration card. Each individual should be provided 10 kg of grains, 1.5 kg of pules and 800 grams of cooking oil per month for at least six months.

The letter also recommends that the government should ensure that community kitchens are set up and function across the country to cater to migrant labourers, unorganised sector workers, the homeless and destitute.

Currently India is sitting on a buffer stock of 77 million tonnes of food grains – almost thrice the norm.