Remembering Cho Ramaswamy, the Statesman-Satirist Who Knew No Fear

Never the prototype politician, Cho was an actor who thought and wrote on public affairs, built on his political relationships, and used his kalam and awaaz to create or even force change. 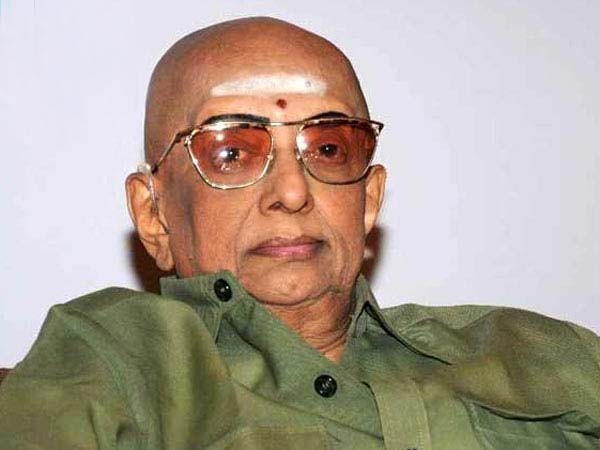 The political has almost always found its way into the theatrical stage. The story, subtext, context and its flow in form and presentation offer perspectives to the current while being rooted in that which is being told. Even mythological recreations suggest to us something about the time of its staging, the people who participate in its production and the socio-religious situation that necessitate these reiterations. Nevertheless, in the modern Tamil theatre and its off-shoot, Tamil cinema, satire as a direct political tool was hardly ever present. This is indeed unusual considering that Tamil cinema was a medium that was used as a transformational and propaganda mechanism for the Dravida movement. In a state where cinema has incubated so many party-affiliated political leaders, Cho Ramaswamy chose this untreaded path of a satirist. And in the process became a bold, unforgiving, opinionated, dissenting public voice. Behind every word that his characters uttered lay Cho’s own politics.

His plays and movies were filled with frontal attacks on the politics and politicians of his time with an underpinning of lampooning humour, and his uncanny ability to hit the kernel of any issue made him a larger than life political satirist. Whenever, through his dialogues, Cho tore a person apart, the audience knew who he was and it laughed its guts out – at the truth behind the sneer, the candour in the scorn but above all at what, in today’s parlance, may be called the surgical strike at hypocrisy.

While he was brutal on the politician’s Machiavellian intentions, he did not spare the people, gullible people, all of us, who fell for their ways. On numerous occasions he imitated the words and actions of the politicians, only to display the poverty of thought amongst those who voted them in. Cho did not stop with the stage, he used the written word through his magazine Tughlak and stood all through life at the lectern, turning the spotlight on numerous issues that affected the people of India, especially Tamils.

There were two issues on which Cho was uncompromising all through his life. He detested graft and corruption and believed in the freedom of the press. He was one of the few publishers and editors who used subversive ways of making anti-emergency statements when most of the Indian Press buckled and grovelled under Indira Gandhi’s diktat. A fearless man, who never backed down when threatened or bulldozed.

When the Dravida wave overwhelmed Tamil Nadu, Cho stood against the tide. He was vocal in his criticism of M. Karunanidhi and the DMK, and harassment never stopped him from standing by his beliefs. In essence, Cho’s was a middle-class Brahmin voice that rasped in laughter or laughed, rasping – a voice that was missing in those times. Cho was not a detached commentator, he was representing a constituency and more importantly his own socio-religious identity. This was his essential texture and a constant throughout his life. But the fascinating aspect of this personality was his ability to transcend that tagging and build relationships that went beyond this singular frame. Yet we cannot deny that while those who laughed at his humour were from across the social spectrum, his ideological backers came more or less came from his community and their affiliates.

Cho was not just an actor who dealt with politics, not just a commentator who did political writing ; he became a political actor. And very soon he became a de-facto backroom deal maker. One of his most successful achievements was bringing G.K. Moopanar (Tamil Manila Congress) and Karunanidhi together in the 1996 elections, and the icing on the cake was getting superstar Rajnikanth to publicly support the alliance. Later on, in 2011 he convinced DMDK president and actor-turned-politician Vijayakanth to partner with the AIADMK. If his plays and his writings were a hit, so were the deals he catalysed. Cho’s political acumen and ability to work out hit formations earned him respect across the board. Everyone knew that his calculations were most of the time on the button. If Cho was feared in certain quarters it was not because he had clout, but because he had something uniquely his: he had a sixth sense. It was this in him that all politicians feared. Cho’s Tughlak did not have the power to change the minds of the people of Tamil Nadu, but his personal brilliance could never be ignored. This made him immensely powerful, an influential inner-circle consultant.

In spite of the 1996 aberration and a few ups and downs in their relationship, Cho always maintained a close bond with J. Jayalalitha. They had acted together on stage and on the silver screen and this long time friendship and mutual respect remained largely intact. It is widely accepted that he was confidant and advisor to the late chief minister. Beyond the personal equation, ideologically they were a perfect fit. Jayalalitha was never really a representative of the Dravida identity; she was a right leaning politician who turned the AIADMK into Tamil Nadu’s BJP. Cho was cut from the very same cloth and hence saw her as the one force that could stop the DMK’s dominance and he was absolutely right.

To his credit, it has to be said that Cho never hid his Hindu, Brahmanical leanings. His writings, books and the famed television serial Enge Brahmanan were open in their celebration of an upper-caste view of the Hindu and the rest. And a large part of this overtness may have also come from a belief that the Brahmins have been much maligned and marginalised by the DMK. There is so much in his conservative religious and socio-political writings that I find disturbing and terribly flawed, even superficial, but that does not take away from its directness. Cho’s presence gave the Brahminical community a great deal of strength. Ever since the emergence of the Dravida movement that galvanised a large portion of the OBC community into electoral politics, the upper-castes have felt irrelevant. In Cho they had a mover and shaker. He further strengthened his Hindutva market by openly backing and celebrating Narendra Modi, both when he was chief minister of Gujarat and later as prime minister of India.

It is people like Cho who raise in our minds an essential question about the idea of the politician. Keeping aside his stint as a Rajya Sabha member, Cho was never the prototype politician. He was an actor who thought and wrote on public affairs, built on his political relationships, understood mechanisms of polity and actively acted upon them, using his kalam and awaaz to create or even force change. All of us may not have the reach to directly influence party politics but by viewing ourselves as political beings can for sure engage with greater depth and take public positions on matters of governance. In Tamil Nadu, Cho gave politics a live engaging form that was not tied down by party-isms or journalism.

Beyond his socio-religious and political leanings, Cho was a statesman-satirist who did not make anything personal and this endeared him to one and all. His harsh words were either accepted silently or were responded to in kind, but rarely did anyone cross the line of decency. With his passing, we have probably lost the last of those public figures who could separate the personal from the public and engage with everyone, including his ideological enemies.

His story is also a tragedy of sorts. He certainly had dreams of becoming a larger player in national politics. Though his friends came from power centres across the country, his relevance largely remained within the boundaries drawn out in 1956. In this story also lies the broad dark line that keeps the south far away from New Delhi. Voices that emerged from here post the 1960s have rarely mattered to the powers at the helm beyond seat calculations. And unfortunately, Cho was unable to break free of this bind. A Cho living in New Delhi or Mumbai would have become far more powerful especially from the time that the BJP emerged as a strong political force.

His death a day after that of his friend Jayalalitha is one of those unusual happenings that he would have probably attributed to the divine, not before providing us laughter with some self-effacing satire on his own political aspirations and limitations. In the virtual space, there is a lovely video of Jayalalitha visiting Cho at the Apollo Hospital. And in that, Cho gives us a glimpse of a Jayalalitha we hardly saw – a humane, compassionate, caring friend who remembered her old buddy. That seems to have been his parting revelation to the people of Tamil Nadu.