Congress has said that the lack of proper COVID-19 screening, oxygen parlours, first aid facilities, night shelters and fireplaces along the route are the reasons for the high number of deaths. 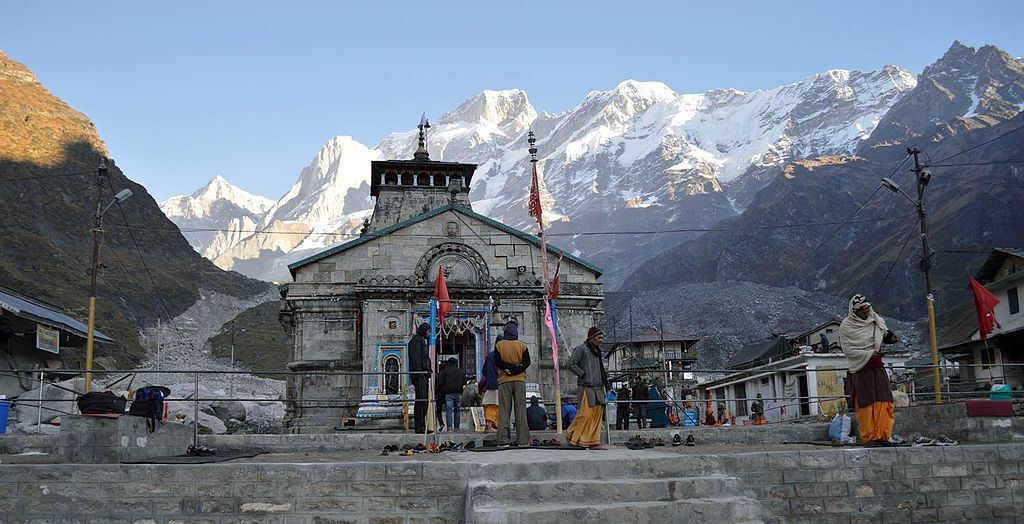 The Kedarnath shrine, one of the four sites of the ongoing Char Dham yatra. Photo: Wikimedia commons/Naresh Balakrishnan CC BY-SA 4.0.

New Delhi: As of Monday, May 16, 39 pilgrims have lost their lives travelling to and from the four shrines of Yamunotri, Gangotri, Kedarnath and Badrinath as part of the ongoing Char Dham Yatra.

The Uttarakhand government has claimed that most of the these deaths were the result of conditions like “high blood pressure”, “heart attacks” or “mountain sickness”. State Congress president Karan Mahara, however, has alleged that many of their lives could have been saved if the state government had made adequate infrastructure and medical arrangements ahead of the annual pilgrimage.

Talking to The Wire, Mahara, who had walked the over 18-kilometre trek from Gaurikund to Kedarnath to see first-hand the level of preparedness, said that at the start of the pilgrimage, even essential facilities like toilets and health centres were missing.

Following the spurt in the deaths of pilgrims, the Uttarakhand government’s health department had sought detailed reports on the deaths from the chief medical officers (CMOs) of the Uttarkashi, Rudraprayag and Chamoli districts, where the four shrines are located.

Subsequently, state director general (health) Shailja Bhatt had, on May 14, stated that “all of them died due to high blood pressure, heart attack, and mountain sickness’’.

The official also declared that cardiologists have been deployed and 12 advanced life support system units have been stationed with trained cardiologists on Char Dham yatra routes. Besides this, one cardiac ambulance unit has been deployed at Uttarkashi. The government has also claimed that over 50 permanent medical units, over 100 temporary units and temporary medical relief posts – with 132 doctors and first aid medical research units – have been set up along the pilgrimage routes.

But as the number of deaths keeps rising, questions are being raised as to whether these arrangements are adequate.

Mahara insisted that while some health infrastructure has been created now, it has come in late.

‘No centres with oxygen supply were set up’

The Congress leader said that considering people were suffering from post-COVID effects and that there was a grave threat to many of their lives, oxygen parlours or medical centres with oxygen supply should have been set up.

“The way in Leh-Ladakh you have small oxygen parlours; those kinds of arrangements were missing. I had also asked that these be installed, but the Uttarakhand government did not pay heed,” Mahara told The Wire.

Mahara said the ministers are repeatedly insisting that all arrangements have been made, but are not explaining how.

“I urged them to release emergency numbers and to display them along the routes so that the pilgrims can seek immediate help. But that was also not done,” the Congress leader said.

“After the pilgrimage started, minister Dhan Singh Rawat, I heard, said that oxygen parlours will be set up. The question is: why did they not set them up earlier? Why did they have to wait for over a score to die?” he asked.

‘Unsafe roads, absence of railings near glaciers added to woes of pilgrims’

Mahara also said that the routes themselves were unsafe because forest fires were raging and trees were falling, due to which accidents were increasingly likely. “Everywhere you can see a large number of stones and rocks having fallen onto the roads. This is causing injuries and deaths,” he said.

In the first two days of the pilgrimage, Mahara claimed that three women had died due to accidents. “After that, five people died in Tota Ghati due to accidents. This proved the issue of the poor conditions of the roads.”

These deaths are over and above those that took place due to health reasons.

The opposition leader insisted the conditions of these supposed all-weather roads was “pathetic”. He pointed to flaws in their engineering, saying: “They have not taken adequate care of the issue of the centripetal force due to which the vehicles get pushed out towards the ditch at the turns. Since the roads are wide, people are driving fast, but they are unaware of the poor engineering, which is leading to accidents.”

Mahara said that even near the glaciers, the railings were broken and no arrangements were made to repair them ahead of the yatra. “These railing get damaged every year, but are replaced on time. This year, even this was not done.”

The Congress leader said in the initial days of the yatra, there were no arrangement made anywhere near the main shrines. “There was no arrangement for first aid and no new toilets had been set up from Gaurikund to Kedarnath at the start of the pilgrimage. We have videos to establish this.”

He said while there was a kilometre-long queue for darshan at the main temple and people had to queue for 6-7 hours to reach the shrine, no arrangements for toilets or shelter from the cold were present.

“On the first day, there were 14,000-15,000 people going up to Kedarnath. The capacity to stay is just around 4,000-5,000. Despite this, there was no preparation or homework done. The ministers only flew by helicopters and declared that everything was in place,” claimed Mahara.

“Also, on the first day,” he continued, “there was no power supply in the Kedarnath area and electricity supply resumed only at 10:30 pm. This was the level of their preparation. Because of this, the telecom signals were disrupted and the pilgrims were unable to contact others over the phone. Even the needy were unable to reach out and seek assistance.”

The Congress state president said even though a large number of elderly people and individuals who are not economically well-off come for this pilgrimage, night shelters or rain baseras were not set up for them. “The poor cannot buy beds or rent rooms. The government should have made arrangements for them – especially since the nights are extremely cold. Likewise, some fireplaces should have been arranged along the way to help people beat the cold for some time,” Mahara said.

According to Mahara, the installation of railing and the setting up of medical tents used to be part of the routine arrangements. “They have made some arrangements at lower altitudes where people arrive, but in mid-way places or halts, such as Joshimath, few arrangements have been made. The parking is inadequate, there are long queues of vehicles on the roads, yet the Centre has done nothing.”

The Congress leader also took a dig at the Bharatiya Janata Party’s (BJP) leadership, saying, “The Prime Minister and others come and there is dhyan-darshan, but little is done to increase the budget.” Bahara claimed that the budget for the Char Dham yatra has not been increased since 2014, making it inadequate for the current needs.

Meanwhile, the state BJP’s media in-charge, Manveer Singh Chuhan had alleged that the Congress was in the habit of making such allegations.

“After two years of COVID impact, unprecedented pilgrim influx is being witnessed in Char Dham yatra. The state government is making all possible arrangements for smooth conduct of the yatra,” he was quoted as saying by the local media.