The CAG's failure to present the audit reports on the note ban and Rafale deal in time "may be seen as a partisan action" and could create a "crisis of credibility" for the institution, the letter written by 60 retired bureaucrats said. 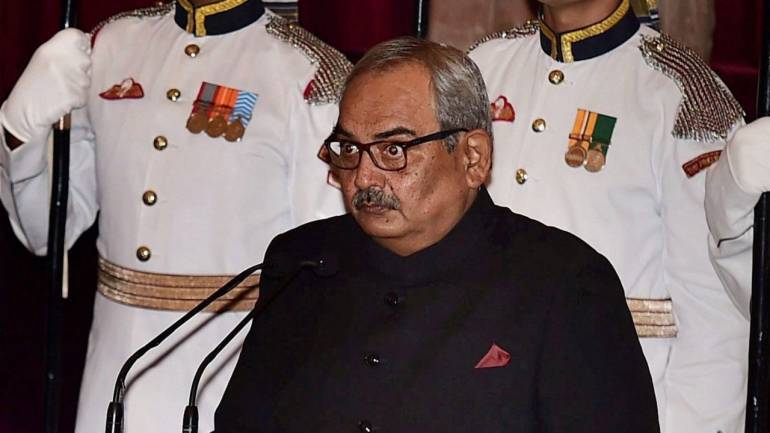 New Delhi: Sixty retired bureaucrats have written to the Comptroller and Auditor General expressing concern over audit reports on demonetisation and the Rafale deal being “deliberately” delayed to not “embarrass” the NDA government till next year’s general elections. In a letter, they said there was concern over the “unconscionable” and “unwarranted delay” in bringing out the audit reports on demonetisation and the Rafale fighter jet deal, and the reports should be tabled before parliament in the winter session.

The CAG’s failure to present the audit reports on the note ban and Rafale deal in time “may be seen as a partisan action” and could create a “crisis of credibility” for the institution, the letter said.

There was no immediate reaction from the CAG.

Quoting from media reports on demonetisation, the former bureaucrats said then CAG Shashi Kant Sharma had pointed out that the audit would cover the expenditure on the printing of notes, RBI’s dividend to the Consolidated Fund of India and the huge amount of data generated by banks.

They also said it was also stated that the effectiveness of the follow-up action taken by the Income Tax Department in identifying potential tax evaders and pursuing action against them, among others, would also be covered.

“It is more than 20 months since the previous CAG made the above statement but there is no sight of the promised audit report on demonetisation,” the letter said.

The letter claimed that there were reports that the audit of the Rafale deal would be done as late as September 2018, but the related files were yet to be scrutinised by the CAG.

The precise stage of the audit is therefore “unclear”, it said.

The ex-bureaucrats said the CAG’s audit reports on the 2G, coal, Adarsh, Commonwealth Games scams had influenced public perception of the then UPA government’s actions and had invited appreciation from various quarters.

“But an impression is gaining ground that the CAG is deliberately delaying its audit reports on demonetisation and the Rafale deal till after the May 2019 elections so as not to embarrass the present government.

“The CAG’s failure to present the audit reports on demonetisation and the Rafale deal in time may be seen as a partisan action and may create a crisis of credibility for this important institution,” they said.

Also Read: Are Lessons from the 2G Scam Being Unlearned?

Due to the cacophony of claims and counterclaims, accusations and mudslinging in the media and elsewhere, citizens do not know what the reality is, the former bureaucrats said, insisting that the CAG make timely submission of the audit reports so that people can make an informed choice while voting.

“In the past, the CAG has been criticised for nit-picking and focusing on trivial issues on the one hand, and for audit over-reach on the other. But there was never any occasion to accuse the CAG of being influenced by the government of India or having to remind it about the timely performance of its Constitutional duties,” the letter said.

The CAG functions as a watchdog of the public purse, and it is his duty to ensure that every financial transaction is as per rule, sanction, provision and propriety, and guided by the principles of economy, efficiency and effectiveness.

In the past, the former bureaucrats had attacked the government over rising intolerance in the country and the Kathua gang rape case.