In Clamour Against CAB, the Hint of a Resolute Opposition

Four chief ministers have decided to oppose the amended Citizenship Act. The Centre's inability to take all democratic voices into confidence has slighted both Parliamentary sanctity and its sanity.

New Delhi: In the course of the Rajya Sabha debate on the Citizenship (Amendment) Bill, nominated member and BJP supporter Swapan Dasgupta innocuously asked the Union home minister Amit Shah to clarify whether the Bill, once in force, would be applicable in a state whose chief minister had openly opposed it..

Although he named neither the state nor the chief minister, it was obvious he was referring to Mamata Banerjee who had given a call to oppose the “divisive” bill “at any cost”. She had said that as long as she is at the helm of affairs, she would not allow the Bill, now an Act, to be implemented in the state.

Amidst thundering applause, Shah replied that he knew which state Dasgupta was talking about and asserted that not only West Bengal but all states would be obligated to implement the Act.

The Bill, after being passed in the parliament, has now been notified in the official gazette. Yet, voices of opposition to the Act have only been growing louder.

Also read: Why the Citizenship (Amendment) Bill Is Unconstitutional

At least four chief ministers have said that they would oppose the Bill in their respective states. Banerjee has said that West Bengal will not allow the amended Citizenship Act to be implemented “under any circumstances”. On Friday, she announced a series of rallies across the state to protest the controversial law.

“We will never allow NRC exercise and Citizenship Act in Bengal. We will not implement the amended Act, even though it has been passed in parliament,” Banerjee said, accusing the Centre of forcing non-BJP states to implement the law.

“The Citizenship Act will divide India. As long as we are in power, not a single person in the state will have to leave the country,” the Trinamool Congress chief minister added.

Speaking at a press conference in New Delhi, Madhya Pradesh chief minister Kamal Nath, too, said that none of the chief ministers were brought into the loop before the Modi government went ahead with tabling the Bill in the parliament.

“There is nothing federal about this. Did any meeting with chief ministers happen before rolling this (CAB) out?” said the Congress chief minister.

“Any law that breaks the country, Congress has never accepted it. Madhya Pradesh government’s stand will be in line with what the Congress party decides,” he said, when asked about Congress party’s opposition to the Act.

Known for his outspoken style, the chief minister of the Sikh-majority Punjab and Congress leader Captain Amarinder Singh categorically called for a boycott of the Act. Referring to the amended Citizenship Act as “a direct assault on India’s secular character”, he said that his government would not allow the legislation to be implemented in his state. He added that since the Congress commands a majority assembly, it will block the “unconstitutional bill” from being implemented in the state.

Any legislation that seeks to divide people on religious lines is illegal, unethical & unconstitutional. India’s strength lies in its diversity and #CABBill2019 violates the basic principle of the constitution. Hence my govt will not allow the bill to be implemented in Punjab.

“This law is of a very divisive nature. Any legislation that seeks to divide the people of the country on religious lines is illegal and unethical,” he said.

The Left Front government in Kerala, too, has decided to oppose the implementation of the Act. Likening the Act to an attack on the secular and democratic character of India, Kerala chief minister Pinarayi Vijayan said that Kerala cannot accommodate an “unconstitutional” law like the amended Citizenship Act.

The Citizenship Amendment Bill is an attack on the secular and democratic character of India. The move to decide citizenship on the basis of religion amounts to a rejection of the Constitution. It will only take our country backward. Our hard-fought freedom is at stake. pic.twitter.com/Yg9Y8QJLUx

“The Constitution of India guarantees the right to citizenship for all Indians, irrespective of their religion, caste, language, culture, gender or profession. This very right is being made void by the Citizenship (Amendment) Bill. A move to decide citizenship on the basis of religion amounts to rejecting the Constitution,” he said.

While more non-BJP states are likely to oppose the Act in their respective states, a large number of opposition leaders have already voiced their dissent.

The Left parties decided to rally against the Act in the days to come.

In a series of tweets, Communist Party of India (Marxist) general secretary Sitaram Yechury said that his party along with like-minded parties will continue to oppose the Act. It has planned a protest rally on December 19.

The Left parties strongly oppose this Bill that links citizenship with the religious affiliation of an individual, the very antithesis of secularism. https://t.co/cYOkBgTDqu pic.twitter.com/YkaM6lWzSJ

We reject this bill of Jinnah and Savarkar’s dreams. It is unconstitutional, and divides our people. We will continue to fight against it in all possible forums.

The RSS-BJP govt for its own narrow reasons of attacking the essence of India via CAB, has also destabilised the North East. The govt is only doing what it did with Kashmir – shutting down the internet, further making lives of ordinary people hell.

DMK chief M.K. Stalin too called the Act a “direct assault on secularism, equality and fraternity” and has called for a rally to oppose it on December 17.

“A massive district-wise protest will take place on December 17, 2019, condemning the anti-Tamil AIADMK government’s support to the anti-minority, anti-Tamil BJP government at the Centre,” he said, adding that the Bill would not have passed had the ruling All India Anna Dravida Munnetra Kazhagam’s 11 MPs in the Rajya Sabha not supported it.

The contentious Act will enable Indian citizenship for non-Muslims migrants from Bangladesh, Afghanistan, and Pakistan. While none of these parties are principally opposed to the idea of India giving citizenship to migrants, they see it as divisive because the Modi government has left out Muslims from a list of communities, which makes the migrant’s religious identity the primary determinant of citizenship. Until now, Indian citizenship was free of caste, creed, religion or colour considerations.

Across the country, protests against the Act has spread. Political leaders, multiple civil society groups, and professional communities like those of scientists and filmmakers, and university students have been trying to resist the implementation of the Bill. Leaders from across the opposition spectrum are planning to move Court to challenge the law. TMC’s Mahua Moitra and Congress’s Jairam Ramesh have already petitioned the Supreme Court.

In Assam, meanwhile, large-scale agitations against the Act have virtually shut down the whole state. Assamese protesters are of the opinion that the Bill violates key clauses of the Assam Accord. 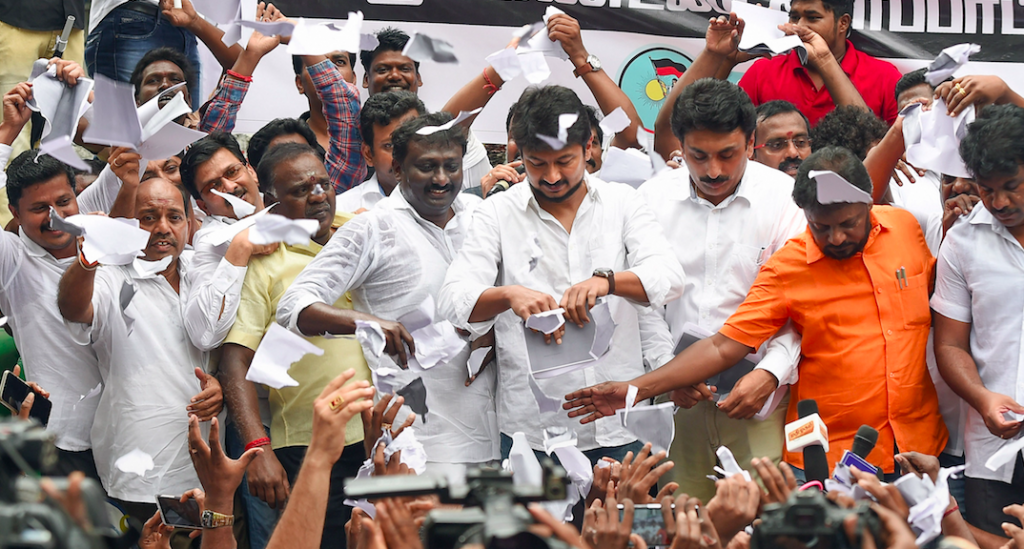 One can only recall such a large-scale opposition to a law when the Rajiv Gandhi government that enjoyed a brute majority in the parliament passed the Muslim Women (Protection of Rights on Divorce) Act, 1986. The law was passed to reverse the Supreme Court judgment in the Shah Bano case that favoured a maintenance to an aggrieved divorced Muslim woman.

The voices of opposition are also significant as the controversial Bill has exposed the fragmented nature of Indian polity like never before. Some of the BJP allies like the Janata Dal (United), Shiromani Akali Dal, AIADMK, and Asom Gana Parishad are strongly divided over their support to the Act.

Even in the ranks of opposition, a substantial chunk of non-allied parties like Biju Janata Dal and YSR Congress, which like to be seen as secular, extended their support the Bill in the parliament. That some of the MPs of quite a few parties which officially opposed the Bill remained absent during the vote on it in the parliament has been received with great contempt.

Such a political backdrop has made the voices of opposition even more important. They have also put a question mark over Centre’s ability to take all states and democratic voices into confidence on the Bill. Many observers have said that by solely relying on its brute majority to get the contentious Bill passed, the BJP-led Centre has dented both the parliament’s sanctity and its sanity.