A First in Asansol and Something to Think About: What's Behind TMC's Win in the WB Bypolls

The TMC's dip in vote share in Muslim-dominated Ballygunge leaves a lot for the party to think about. 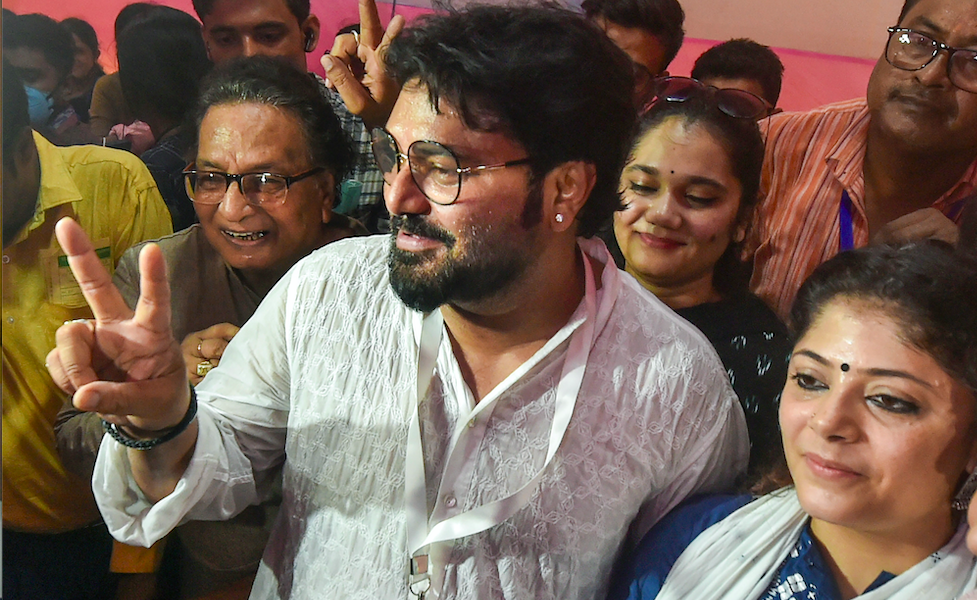 Kolkata: West Bengal’s ruling party, Mamata Banerjee’s Trinamool Congress (TMC), has yet again established its political supremacy over rivals by wresting the Asansol Lok Sabha with a massive margin of 3 lakh votes, besides retaining the Ballygunge assembly constituency with a comfortable margin.

From Asansol in southwestern Bengal, actor-turned-former BJP MP from Bihar, Shatrughan Sinha, defeated the BJP’s Agnimitra Paul, fashion-designer-turned-politician and a sitting BJP MLA, with a margin of 303,209 votes, securing 56.6% of the polled votes. This meant a spike of 21 percentage points in the TMC’s vote share, compared to the 2019 Lok Sabha election, when the BJP’s Babul Supriyo won by a margin of 1,97,637 votes, securing 51% of vote share.

Supriyo’s subsequent resignation from the BJP and the Lok Sabha in 2021 necessitated the byelection. This is the first time the TMC won Asansol Lok Sabha since the birth of the party in 1998.

In Ballygunge assembly constituency in Kolkata, where Supriyo was contesting as TMC candidate, Mamata Banerjee party secured a victory by a comfortable margin of  20,228 votes over the nearest rival, Saira Shah Halim of the CPI(M).

“I sincerely thank the electors of the Asansol Parliamentary Constituency and the Ballygunge Assembly Constituency for giving decisive mandate to AITC party candidates,” Banerjee wrote in a tweet as the party’s clear leads emerged.

We consider this to be our people's warm Shubho Nababarsho gift to our Ma- Mati- Manush organization. Salute to the voters for reposing faith in us, yet again.(2/2)

“Thank you ASANSOL & BALLYGUNGE for taking a step towards an INDIA that is free from the hate-mongers and the oppressors!” Banerjee’s nephew and the party’s all-India general secretary Abhishek Banerjee wrote on Twitter.

Thank you ASANSOL & BALLYGUNGE for taking a step towards an INDIA that is free from the hate-mongers and the oppressors!

With your blessings and love, we promise to deliver. Your well-being has always been our PRIORITY and it's only going to get better from here. pic.twitter.com/YAx7sZFfA8

The results of the by-election affirmed the reemergence of a trend observed in the state between 2014 and 2018 when the opposition space remained divided between the Left and the BJP, with the TMC’s closest rival changing from area to area.

Amidst this apparently comfortable scenario for the state’s ruling party, there is one aspect in the result of the by-election in Ballygunge that is likely to prompt the TMC to think and discuss – the party’s winning margin and vote share dwindled compared to the May 2021 assembly election.

This is the first time since the TMC’s resounding return to power in May 2021 that Mamata Banerjee’s party has recorded a dip in vote share. In 2021, Subrata Mukherjee won from Ballygunge bagging 70.6% of the polled votes and with a margin of over 75,000 votes. The BJP’s vote share stood at 20% and the Left’s at 5%. While Supriyo has bagged for the TMC 49.69% of the polled votes, the winning margin has dwindled to about 20,228.

This is the first time since May 2021 that the TMC has got less than 50% vote in any by-election. Even in Santipur of Nadia district, which the TMC wrested from the BJP last in last year’s by-election, the TMC’s vote share stood at 54%. But here, the Left’s vote share shot up to 30.06%, the BJP’s share came down to 12.83%. Evidently, the Left had managed to win back votes from both the BJP and the TMC camps in Ballygunge, where Muslims constitute about half the electorate.

Notably, Mukherjee’s 2021 victory margin was a result of a near-complete polarisation of Muslim votes, the analysis of booth-wise results had revealed. The Congress and Indian Secular Front supported CPI(M) candidate Fuad Halim managed to get only about 5% of the vote share. Now, in this bypoll, not only has the left got 30% of the votes on its own, even the Congress got 5.06% of the vote share, finding support mostly in some pockets with high concentration of Muslims.

So, is it a reflection of disenchantment among Muslims over the TMC? Political observers said that would be too early to comment and that the Ballygunge result should be seen as an aberration, where the ruling party’s candidate did not find wide acceptance among the party’s own support group.

Supriyo, a junior minister during the first Narendra Modi government, quit the BJP last year after he failed to find a place in the second Modi government, and joined the TMC. The TMC’s nomination of Supriyo for Ballygunge by-election had irked a section of local Muslim voters – and also Hindus taking pride in their secularism – as they perceived Supriyo to be a communal person for the role that he played during the Asansol riots in 2018 when he was the local MP. In the 2021 assembly general election, Supriyo had lost contesting on a BJP ticket from Tollygunge assembly in Kolkata.

Before the bypoll campaign, a “no vote to Babul Supriyo” call branding him as communal had visibly resonated with a section of Ballygunge’s voters, even as Supriyo tried to highlight his secular nature from pre-BJP days and Abhishek Banerjee certified that Supriyo had left “the politics of hate” behind.

Ballygunge also recorded a very low voter turnout in the April 12 election – only 41% of the voters cast their votes. This was about 23 percentage points down from the 2021 polling percentage.

Supriyo had won Asansol in 2014 and 2019 on a BJP ticket and both times with commendable margins. However, in Ballygunge, the perception that Supriyo may be communal possibly led to TMC’s decision to focus the campaign on the party’s symbol rather than the candidate.

“The victory will give us comfort but the loss of vote share leaves a lot to think about, especially when there are signs of a section of Muslim votes shifting towards the Left. I hope Ballygunge will remain an aberration,” a senior TMC leader told The Wire.

According to columnist Udayan Bandyopadhyay, who teaches political science at Bangabasi College in Kolkata, the TMC’s dip in vote share in Ballygunge is directly linked to the choice of the candidate.

“It’s solely because Supriyo’s candidature was not accepted by a section of the secular voters that a good number of the TMC voters did not turn up at the polling station in the first place, a fact getting reflected in the poor polling percentage. Then, it’s evident that a large section of the TMC’s vote went to the Left and that is solely because of the dislike for the candidate,” he said.

On the other hand, Supriyo managed to pool some BJP votes to the TMC’s fold, meaning it became a “pro-Babul versus anti-Babul election”, Bandyopadhyay said. He added that any other candidate with the TMC’s symbol would have surely secured more than 60% of the polled votes.

“The message for our party is, it wouldn’t be beneficial for us to field those who have come from a BJP background,” a senior TMC MP said, requesting anonymity.