In the 2003 debate and subsequently, not just the Congress and Left but the BJP of Vajpayee and Advani spoke of persecuted religious minorities in broad terms that would not deny refugees of any faith protection in law. 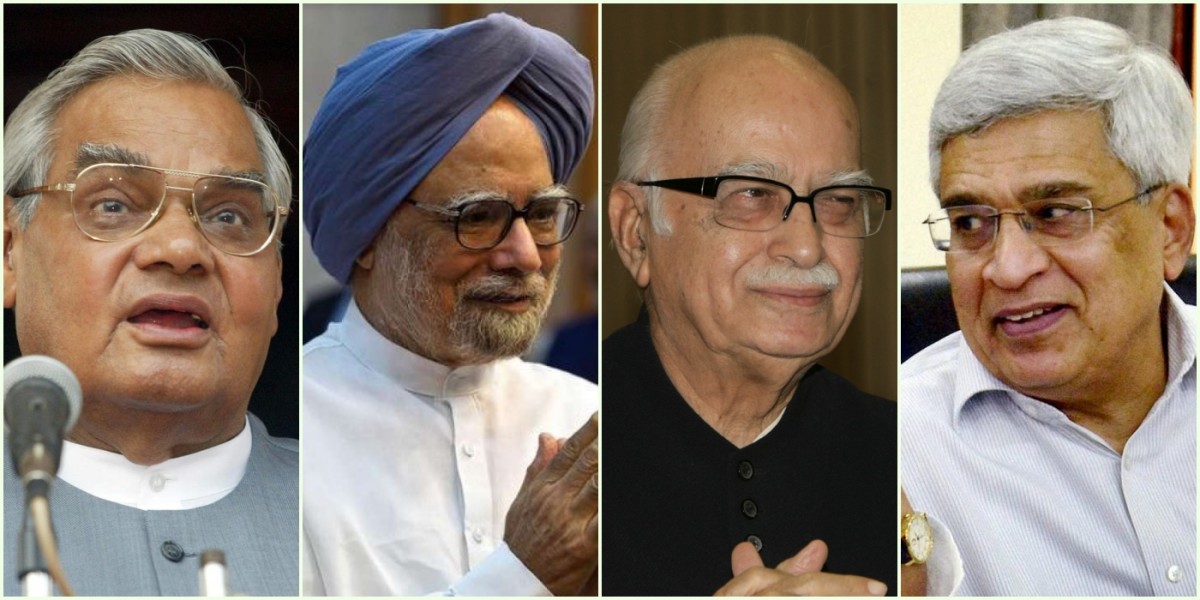 New Delhi: Following the nationwide protest over the Citizenship (Amendment) Act, Bharatiya Janata Party leaders have been playing a video clip of Manmohan Singh demanding on the floor of the Rajya Sabha in December 2003 a legislative amendment to enable the grant of citizenship to persecuted minorities from neighbouring countries.

But as usual, the party is not telling us the whole truth, a top BJP leader who was a senior member of the Vajpayee cabinet in 2003 told The Wire.

According to this BJP leader, who chose to speak off the record, Manmohan Singh’s demand for an amendment to existing law was far from what the present CAA mandates. Unlike the CAA, which names a limited set of neighbouring countries and a limited set of qualifying religious groups, the Congress leader had asked for persecuted minorities in general from the neighbourhood to be considered for citizenship.

On December 18, 2003, the Rajya Sabha briefly debated the Citizenship (Amendment) Bill that deputy prime minister L.K. Advani had moved. The bill included a sweeping provision declaring all those who have entered India and stayed on without valid papers as “illegal immigrants”.

According to the official Rajya Sabha transcript, this is what Manmohan Singh said:

“While I am on this subject, Madam, I would like to say something, about the treatment of refugees. After the partition of our country, the minorities in countries like Bangladesh, have faced persecution, and it is our moral obligation that if circumstances force people, these unfortunate people, to seek refuge in our country, our approach to granting citizenship to these unfortunate persons should be more liberal. I sincerely hope that the hon. Deputy Prime Minister will bear this in mind in charting out the future course of action with regard to the Citizenship Act.”

Replying to the debate, Advani said he agreed with Manmohan Singh and then went on to make a distinction between an “illegal immigrant” and a “bona fide refuge” – defined, in his words, as “a person who has to flee because of religious persecution”:

Advani’s formulation, the senior BJP leader told The Wire, was based on the belief that even persecuted Muslim minorities in Pakistan and Afghanistan such as the Shias, Ahmadiyas and Hazaras also deserved to be treated with compassion in India.

The senior BJP leader said he himself had publicly endorsed the spirit of what Manmohan Singh had demanded. Even Vajpayee was in favour of persecuted minorities being considered for citizenship. “In fact Vajpayeeji often spoke compassionately about the plight of the Afghan refugees [of all religions and sects] who escaped various regimes, including that of the Taliban, and lived in India without any citizenship. He often said we must do something about them”, he said.

Ironically, under the CAA, they would possibly be forced to go back to Afghanistan.

Interestingly, even the Left had endorsed Manmohan Singh’s call for a liberal citizenship policy for persecuted minorities who had come to India from neighbouring countries. In 2012, the then CPI(M) general secretary Prakash Karat had written to Manmohan Singh, who was prime minister at the time, reminding him of his 2003 statement and urging him to make a suitable amendment in policy to allow “minority community refugees” easy citizenship. Like Manmohan and Advani, Karat too did not list out specific religious communities since the reality of persecution in the neighbourhood encompasses wider groups than the Modi government’s CAA envisages.

Government was advised against listing religions

Interestingly, many constitutional experts invited by the standing committee to examine the Citizenship (Amendment) Bill in 2016 had the same view as Manmohan Singh, i.e. that the law be drafted to give the benefit of citizenship to “persecuted minorities” instead of naming specific religions from neighbouring countries.

Former Lok Sabha secretary general Subhash Kashyap had even warned against naming specific religions, as reported by the Indian Express on Saturday. Tendering evidence before the JPC, Subhash Kashyap held the view that the term “persecuted minorities” was enough to cover all those whom the legislation aimed to cover.

Kashyap told the JPC in 2016, “The word minority has not been defined in the constitution. I would submit that minority does not mean only religious minority. It may be minority on other grounds.” Clearly Modi and Shah did not accept this formulation and the reason is not far to seek.

Not only did Modi ignore the advice of constitutional experts, he also consciously chose to move far away from the position taken by senior BJP leaders in the Vajpayee regime.