In the villages at the eye of the storm, residents struggle to protect themselves from repercussions of the violence. 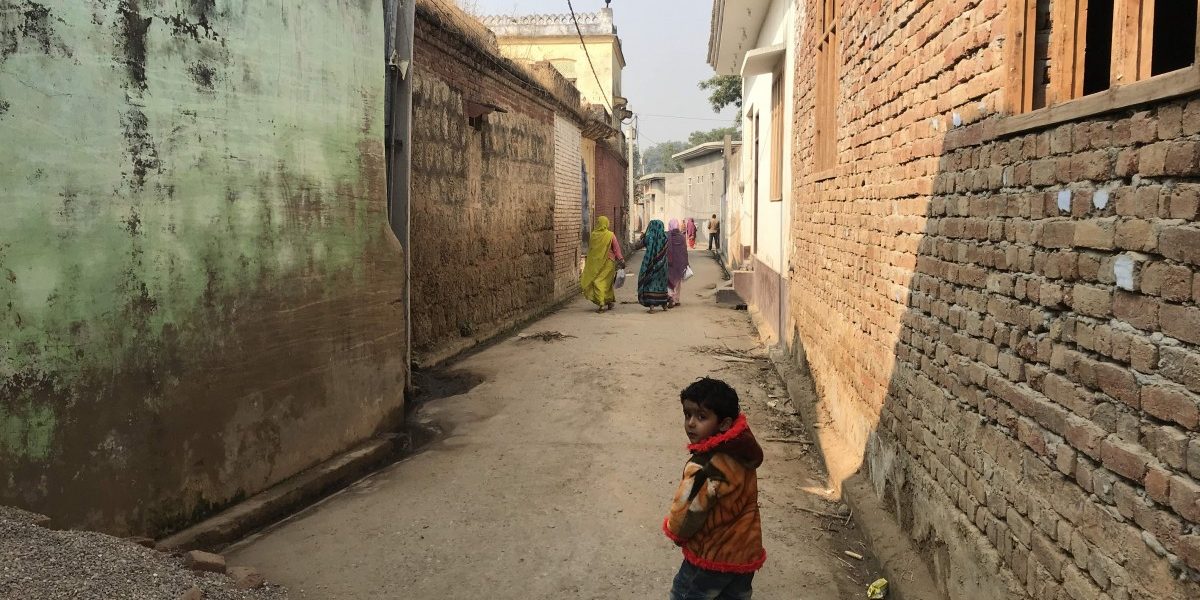 In the deserted lanes of Changrawathi village, only women, children and senior citizens can be found.

Bulandshahr (UP): While Uttar Pradesh chief minister Yogi Adityanath has identified the raising of a mob and the killing of a police inspector as an ‘accident’, nervous locals smell a larger conspiracy.

In the open courtyard of a former village head’s house in Mahaw, a group of Jat farmers’ leaders and village elders sat in a circle on plastic chairs. Visibly agitated, they were discussing the scrutiny that has suddenly fallen on their village.

“They want to turn Bulandshahr into Muzaffarnagar,” a Jat leader told The Wire. “This was an attempt to turn Jats against Muslims.”

He was referring to the 2013 communal rioting in the nearby Muzaffarnagar district of Uttar Pradesh, which claimed more than 60 lives and tore apart the local communities of Muslims and Hindu Jats.

In Mahaw, the Jat leaders requested anonymity, saying they would speak out openly once they mobilised more support through panchayats.

Fear and panic among villagers Father and sister of Sumit Singh who was killed.

The FIR in the case mentions 60 unnamed people. In Mahaw and the adjacent Chingrawathi village, most of the men have fled in fear of being arrested as suspects, even if they had no part in the violence.

The atmosphere of panic is palpable, and most resident speaking to the media asked for anonymity, fearing reprisals from either the police or ‘those responsible for the violence’.

There is also a clear sense of anger towards the administration, and local activists of the Bajrang Dal, whom police eyewitnesses have named as instigating the mob.

“Those who were behind this will get away, this will further embolden them,” Ajay Kumar, the pradhan of Chingrawathi told The Wire. “Our people are the ones whose lives will be destroyed, even those who were innocent bystanders.”

The violence took place on the last day of ‘Tabligi Ijtema’, a three-day Islamic religious congregation in Bulandshahr. More than one million Muslims had gathered in the city and many were on their way back on the same highway crossing through Chingrawathi when they were diverted to avoid that route.

“We tremble at the thought of what would have happened had the Muslims returning from Itjema not been diverted before reaching here. Some anti-social elements had deliberately planned this,” Kumar said. “A great tragedy was averted.”

According to Premjit Singh, the former pradhan of Mahaw, villagers are being unfairly blamed. Narrating the events of that day, he said that Raj Kumar Chaudhary, who owns the field where the carcass was found, personally reported the matter to the local police.

“We wanted to bury the carcass there itself and leave it to the police to investigate, but some Bajrang Dal people from outside created a ruckus and forcibly loaded it on a trolley to block the highway,” Singh told The Wire.

“How did people from other villages reach the spot even before we, who live right across the road, came to know?” Kumar asked.

Raj Kumar Chaudhary has since fled the village and his house was allegedly ransacked by the police. 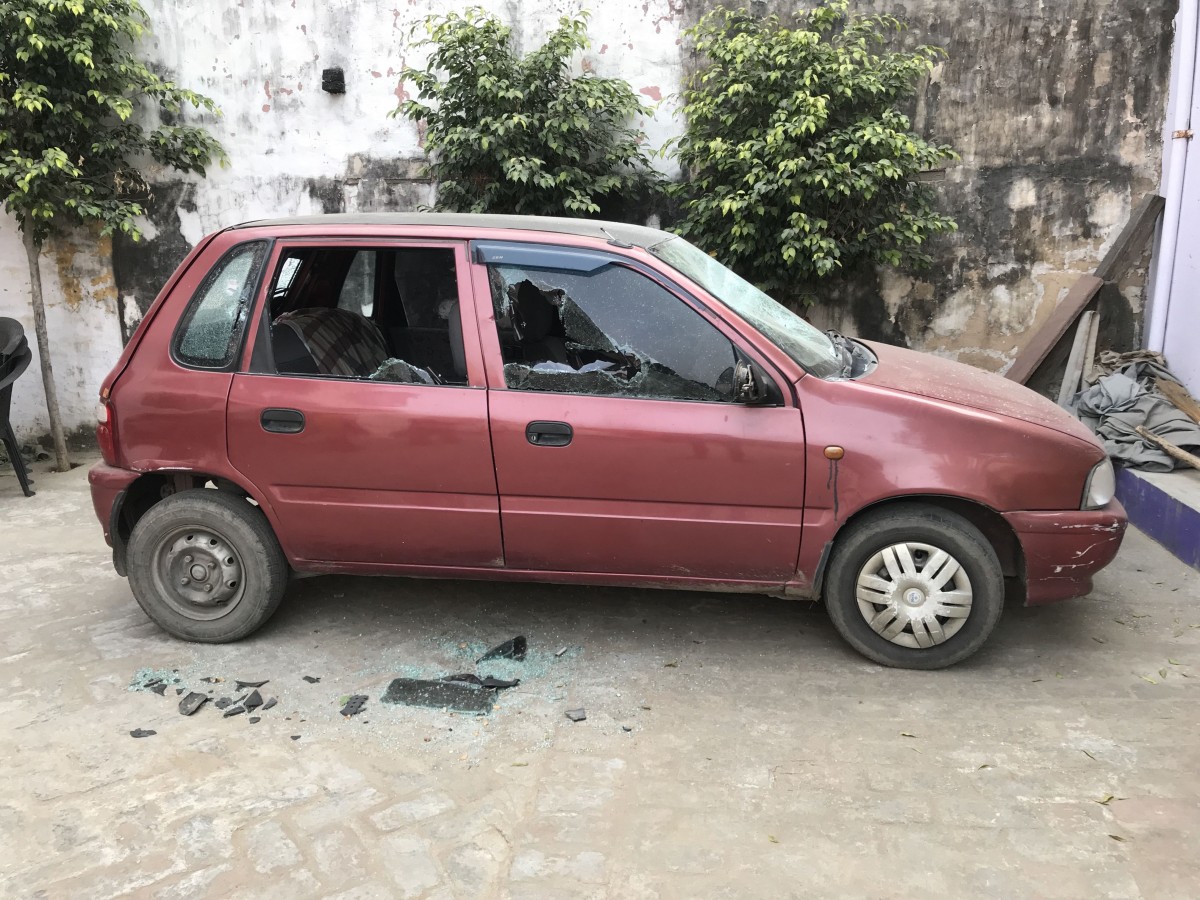 Locals in both villages claim they had never heard of Yogesh Raj, the district convenor of the Bajrang Dal, now prime accused in the murder of the inspector.

Narendra Saini, a Congress leader from the nearby Syana tehsil, told The Wire that Raj had recently begun gathering a small group of young locals to raise slogans like ‘Bharat Mata ki jai’ and ‘Pakistan murdabad’.

Police have not been able to apprehend Yogesh Raj. Locals are convinced the state government is shielding him.

Also read: The Ease of Killing a Policeman in Adityanath’s Uttar Pradesh

“Once the Bajrang Dal’s name started appearing everywhere in the media, the videos of local boys were made viral. Why did it happen three days after the incident? Attention has now shifted from Bajrang Dal to local boys – nobody is asking about them now, while the villagers are being painted in a bad light,” another resident of Chingrawathi told this correspondent.

Asked if they consider cows ‘holy’, the Jat leaders explained that even though as Hindus they are more emotionally attached to them than other animals, they had no problem selling off cows after they got old.

Now that farmers can’t sell their cows for slaughter, the older animals have become a major inconvenience. Abandoned cows have become a menace in the area, as they ruin their crops. Changrawathi police post. The white outline has been marked by the forensics team for investigation as there was a fire at the spot.

“All these gau rakshaks have never reared cows for livestock or sustenance. Ask us, the farmers, who have to suffer because of their politics,” Kumar said. “Many small and marginal farmers find it difficult to feed even their elderly parents at times, and you are forcing them to feed old cows instead?”

“Cows are going to sink this government,” another older farmer remarked.