With the SP-BSP alliance paying off in Gorakhpur and Phulpur in UP and two RJD wins in Bihar, the results appear to be as much a mandate against the BJP’s communal agenda as an indictment of its inability to deliver on the promise of development. 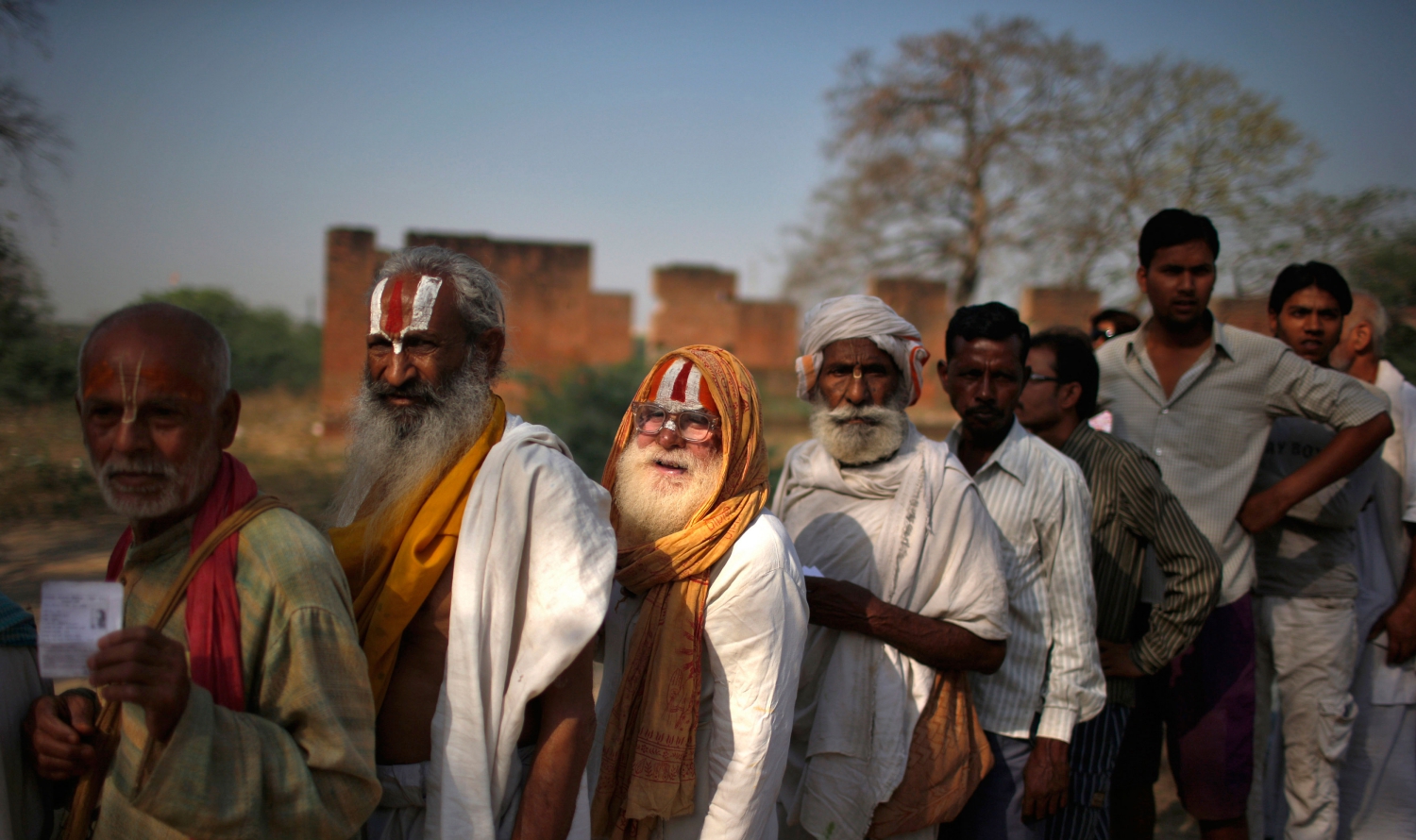 New Delhi: One of 2018’s biggest political upsets has come quite early in the year. In the by-polls for two high-profile Lok Sabha constituencies – Gorakhpur and Phulpur in Uttar Pradesh – the Samajwadi Party-Bahujan Samaj Party alliance on Wednesday registered comprehensive victories against the Bharatiya Janata Party.

Both these seats were vacated by none other than Uttar Pradesh chief minister and five-time MP, Yogi Adityanath, and his deputy Keshav Prasad Maurya respectively. Adityanath had turned these by-polls into a prestige battle and was confident of winning both seats, which the BJP had won by over three lakh votes in the 2014 general elections.

The BJP’s loss in Gorakhpur will be seen as a major upset as it has held the seat continuously since 1989. Praveen Nishad – son of the president of the Nishad Party and a prominent political face in UP, Dr. Sanjay Kumar Nishad – fought on an SP ticket and defeated the BJP’s candidate, Upendra Datt Shukla, with a margin of more than 21,000 votes. Similarly, Nagendra Singh Patel of the SP defeated BJP’s Kaushalendra Singh Patel in Phulpur by 59,000 votes.

The reaction from other opposition parties was swift and blunt. “I congratulate the victors of today’s by-elections”, Congress president Rahul Gandhi tweeted. “The results clearly show that voters are very angry with the BJP and will vote for that anti-BJP candidate who has the greatest chance of defeating the BJP.” West Bengal chief minister Mamata Banerjee hailed the result as “the beginning of the end”.

Great victory. Congratulations to Mayawati Ji and @yadavakhilesh Ji for #UPByPolls The beginning of the end has started

In Bihar, the BJP faced heavy losses too. The by-polls in the state were seen as the first crucial test for chief minister Nitish Kumar, who deserted the ‘mahagathbandhan’ he had formed with the Congress and the Rashtriya Janata Dal (RJD) to form the government again with the support of the BJP. However, with the RJD retaining the Araria Lok Sabha seat, he has failed the first test.

The by-poll in Araria was forced by the RJD MP Mohammed Taslimuddin’s death. His son, Sarfaraz Alam, defeated BJP leader and former MP Pradeep Kumar Singh with a margin of 60,000 votes. The BJP had won the seat in 2004 and 2009 when Janata Dal (United) chief Nitish Kumar headed the National Democratic Alliance (NDA) in Bihar. In 2014, when Nitish had broken ranks with the BJP, the RJD’s Taslimuddin wrested the seat from the BJP in a triangular fight.

The result in Araria, which is one of the seats in the Muslim-dominated Seemanchal region of Bihar, reflects the RJ’s status as the most preferred party among Muslims and Yadavs. In fact, its high-margin of victory shows that it has managed to galvanise its core Muslim-Yadav vote base further after its fallout with the JD(U).

The by-poll results also indicate that Nitish Kumar, who had earned substantial support from Muslims and the extremely backward classes (EBC) in the last decade, may have lost much of that support after he abruptly severed ties with the RJD to join the NDA again.

The Lalu Prasad Yadav-led party also retained the Jehanabad assembly constituency, which it had won with the support of JD(U) in 2015. The death of its MLA,  Mundrika Singh Yadav, necessitated the election. The RJD’s candidate – Mundrika Singh’s son Krishna Mohan alias Uday Yadav – defeated the JD(U) candidate Abhiram Singh, a Bhumihar, by over 35,000 votes, a huge margin for an assembly by-poll. 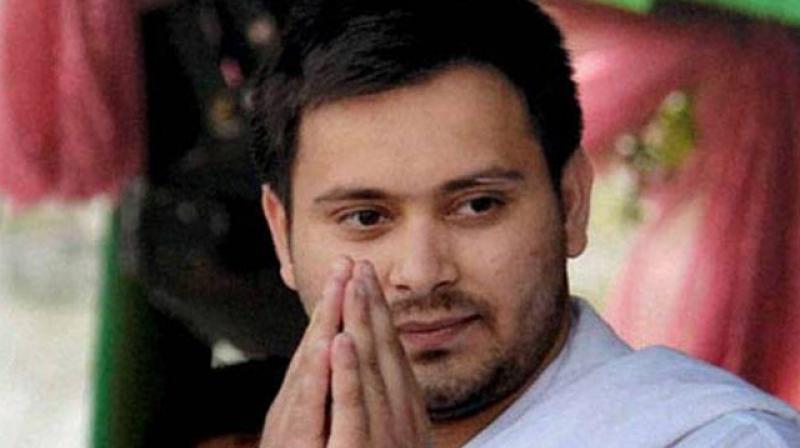 RJD’s convincing victories has set the stage for Tejashwi Yadav to play a pivotal role in state politics. Credit: PTI

The RJD’s victory is significant as a substantial section of dominant Bhumihars and Brahmins are said to have moved towards the RJD against JD(U). This may be a cause of worry for the JD(U)-BJP combine as it has enjoyed upper caste support until now. The fight for Jehanabad had earlier resulted in the exit of former chief minister, Jitan Ram Manjhi, from the NDA after his son was reportedly denied a ticket. The JD(U) had declared that it would not contest the by-polls but changed tack later, when, on the BJP’s request, the party fielded a candidate from the seat. Manjhi’s Hindustani Awam Morcha (Secular) joined the RJD-Congress alliance later.

The only solace the BJP can derive from Wednesday’s results is that it retained the Bhabhua assembly seat where it had fielded Rinky Pandey, the wife of Anand Bhushan Pandey, who died as a sitting MLA. She defeated the Congress candidate Shambhu Patel, who had the RJD’s support, by over 15,000 votes. Interestingly, the Congress had bullied the RJD to get this seat.

The RJD’s convincing victories have set the stage for Tejashwi Yadav to play a pivotal role in state politics. Tejashwi had steered the party campaign in the absence of his father, Lalu Yadav, who is lodged in jail for over two months after he was convicted in the fodder scam case.

BJP should stop working for its face value & instead put in efforts to work for the people. That’s the only way in which they can improve or else they will face the same result in the 2019 elections as they have in this bypoll: Jitan Ram Manjhi on #Biharbypoll results pic.twitter.com/eqmqgjZlTR

The results, again, cement the political understanding that a joint opposition may be in a much better position to take on the might of the BJP in the 2019 general elections. In Bihar, too, despite having faced a humiliating loss in 2014, the JD(U)-RJD coalition had posted a convincing win against the saffron party in the 2015 assembly elections before Nitish Kumar broke away to form a government with the support of the BJP.

For the first time, Gorakhpur and Phulpur in UP saw a bipolar contest between the BJP and SP-BSP alliance. While the BSP did not contest the by-polls, it also declared its support to its arch rival, the SP. The transfer of the BSP’s votes – it polled 23% by itself earlier – to the SP candidates reflects in the result.

The Congress fought on its own, but its vote figures indicate that it was seen only as an outsider in front of a direct battle between the two primary political combinations. The Congress will surely take a message out of the results and try to find space for itself in an alliance led by UP-centric parties. The grand old party may also rethink its strategy about what role it should play in states where it is not a dominant force. Despite its partner RJD’s great performance in Bihar, the Congress lost the only seat it was contesting.

In 2014, the combined vote share of the SP-BSP alliance (39%) was way less than BJP’s 52% in Gorakhpur and Phulpur. The by-election results, therefore, also show that the SP-BSP alliance was able to cash into the brooding anti-incumbency sentiment against the BJP, which will now be looking to tackle the problem ahead of the 2019 general elections. The SP has interpreted the result as a mandate against the BJP, which withdrew many of the welfare schemes the Akhilesh Yadav government had initiated.

Although the BJP posted a stunning victory in Tripura, a state which saw uninterrupted Left Front rule for 25 years, it has been consistently losing ground in its own stronghold – north India – where its sweeping performance in 2014 was the reason it was able to form a government at the Centre.

But since then, it has pushed governance to the background and instead pushed its Hindutva agenda to create a larger Hindu electorate. Although “development” remains at the top of its campaign on paper, the Hindu nationalist party has more often than not resorted to alienating minorities and the poor on the ground while empowering upper caste groups. The latest results therefore  appear to be as much a mandate against the BJP’s communal agenda as much as it is a reflection of Dalit-OBC assertion against upper caste groups, who have come to enjoy tremendous power under Adityanath’s rule.

Congratultaions to all the winners in the byelections today. The results speak for themselves. pic.twitter.com/nUmdD0Fl5Y

The BJP’s loss in UP also means that the non-Yadav OBC, non-Jatav Dalit combination that BJP built before 2017 assembly polls stands dented. The SP’s candidates in Gorakhpur and Phulpur came from the Nishad and Patel communities, which had supported the BJP in 2017.

This trend will make the 2019 general elections interesting as all political parties in the fray will try to reconfigure electoral equations in UP. For the opposition parties, of course, the challenge remains daunting as they will have to bury their multiple differences even as the BJP, given its current strength and resources, will leave no stone unturned in bringing back its focus on Uttar Pradesh and Bihar, which together send 120 members to the Lok Sabha.