This can be seen in the assembly elections results from Haryana and Maharashtra. 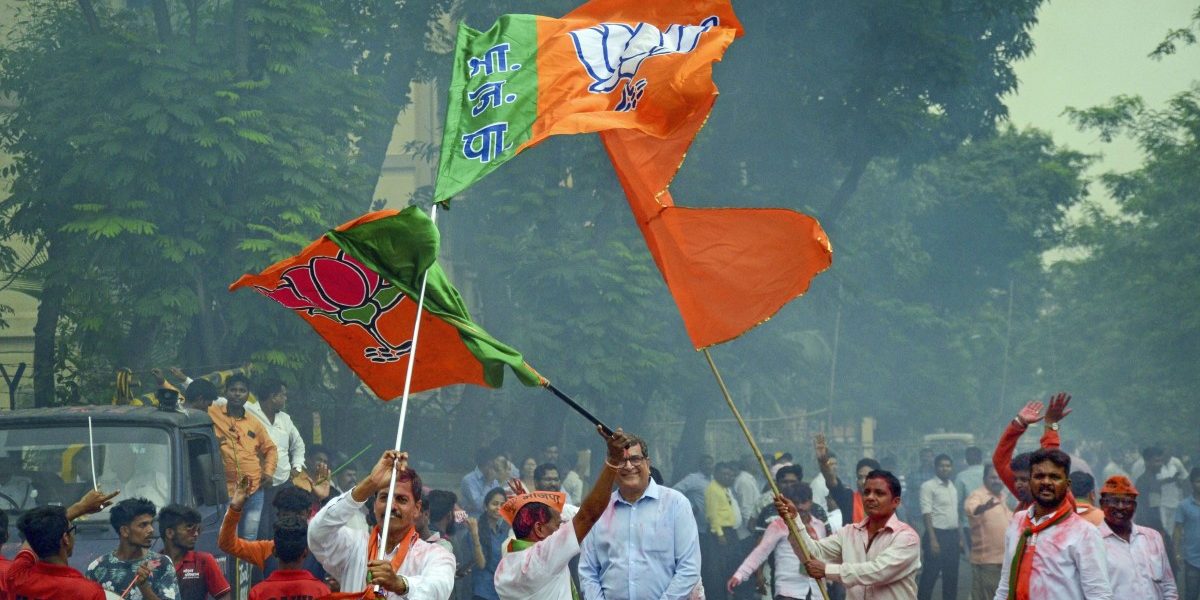 The Haryana and Maharashtra assembly election results suggest that the Bharatiya Janata Party’s dominance over India, established in May 2019, is already under challenge.

Also, this challenge is likely to follow a pattern: it is dominant agrarian castes that are likely to see themselves as the vanguard of anti-BJP politics. This thread ties the Haryana and Maharashtra election results, and pieces together why pollsters and observers went wrong while reading the verdict.

In Haryana, the Congress under Bhupinder Singh Hooda and the Jannayak Janata Party under Dushyant Chautala performed well above expectations. In Maharashtra, the Nationalist Congress Party did well in pockets. Even the by-polls had similar stories to tell, be it in the Rashtriya Janata Dal’s resurgence in Bihar or the NCP’s victory in the Lok Sabha by-poll in Satara, Maharashtra.

Haryana has shown clear signs of a Jat backlash against the BJP after the party’s absolute dominance over the state in May 2019. Not only did the Congress cross 30 seats out of 90 – denying the BJP a clear majority – but Chautala’s JJP, a splinter group of the Indian National Lok Dal, took everyone by surprise by touching double figures. If the Congress had given charge to Jat leader Bhupinder Singh Hooda, the JJP is primarily a party of the Jat caste. The showing of both the parties suggests that the Jats – a numerically significant dominant caste in the state – have rallied behind these parties and against the Manohar Lal Khattar-led BJP.

This isn’t surprising, because the BJP had subtly tried to weave a social coalition of non-Jat Hindu castes in the state. The Jats have been acutely aware that the party’s rule is denying them their dominant status in the state’s politics.

What is significant is that not even the reading down of Article 370 of the Indian constitution – Haryana is significantly represented in the Indian armed forces – could ensure a BJP sweep. The Jats, who are present in the army in large numbers, did not take the election as a referendum on Article 370 and voted strategically, with local politics in mind.

While the BJP fared better in Maharashtra, there were signs that the Marathas were backing the NCP in significant numbers.

The most telling example is that of Udayan Raje Bhonsle, a direct descendant of Shivaji, who quit the NCP after the 2019 Lok Sabha polls to join the BJP. He contested again for the by-poll thus held, this time on a BJP ticket, from his family seat of Satara. The voters in this Maratha stronghold preferred the NCP, and Bhonsle met with defeat. Marathas, a dominant caste in Maharashtra, seem to have chosen their leader Sharad Pawar’s party over a leader who claims the legacy of the legendary Maratha king, Shivaji.

The BJP’s model in Maharashtra had been the same as that in Haryana: it made a Brahmin, Devendra Fadnavis, the chief minister, thus denying the dominant Marathas the political heft they were used to. It also tried to weave together a larger Hindu social coalition while virtually excluding Marathas.

The two states that have gone to the polls are part of a larger pattern. The BJP under Amit Shah had begun a unique social engineering experiment after 2014: Muslims as the primary Other, and the locally dominant Hindu caste as an unstated, secondary, Other. This, it hoped, would make it win votes from across the Hindu social spectrum: from the upper castes, the more backward among the OBCs and sections of Dalits too.

In Bihar and Uttar Pradesh, the Yadavs served as the secondary Other and in Gujarat, the Patidars occupied this status. Initially, the experiment worked well and the BJP swept Haryana, Jharkhand (installing a non-tribal chief minister), Maharashtra and Gujarat. This strategy would combine the anti-Muslim undercurrents in society with anti-dominant caste feelings and offer large sections of Hindus the hope that their cultural and social concerns would be simultaneously addressed by the saffron party.

But this created unease in the minds of members of the dominant castes and they have increasingly begun to see themselves as the social vanguard against the BJP.

Also read: In Haryana, the Electorate’s Silent Anger Put a Dent in the BJP’s Performance

It is this undercurrent that has become visible in the fractured Haryana verdict and is also to be seen in the muted success of the BJP in Maharashtra.

The dominant castes – which are also agrarian communities – are becoming the face of both caste assertion and farmers’ consolidation, which will most likely pose the next challenge to the BJP.

Indeed, Hindutva – at its core a Brahmin-Thakur-Bania project that is making gestures to lower OBCs and sections of Dalits – stands in contrast with the interests of dominant intermediate castes like Jats, Yadavs, Marathas, Patidars, etc.

Hindutva could make gains with this social engineering experiment in the last few years – it could attract lower OBCs who despised the dominant castes by offering them more representation, given that it could afford not to field a single Muslim and had a surplus of seats – but this project isn’t a guarantee for success. As the economy falters and farm crisis gets deeper, the intermediate dominant castes can try to assume leadership of rural caste groups and target the BJP politically.

This, in other words, is likely to be the political fault line of the coming years.

Hindutva and dominant intermediate castes haven’t got along well since the late 1980s, when the BJP was on the rise. Socially, this has meant that the upper castes and dominant middle castes have not seen eye to eye politically from the very beginning in north India. Even when the Congress was the party of the upper castes in UP and Bihar, till the 1980s, it never accommodated rising OBC groups. Later, when the upper castes shifted to the BJP by 1990, the dominant OBCs became its fiercest critics, putting together an OBC-Muslim alliance to defeat the BJP.

However, OBC politics gradually became identified with castes like the Yadavs, and the BJP was able to wean away lower OBCs as Narendra Modi came to power, thus splitting the Mandal constituency down the middle and deepening its own social base.

The dominant agrarian castes are now trying to hit back at Hindutva. If they widen their appeal to win back some of the lower OBCs that are now voting for the BJP, they will be in a position to stem Hindutva’s tide.

But, even before that, they will be its fiercest challengers.

Many among the Left and liberals thought that a Dalit-Muslim alliance would take on Hindutva. But this was wishful thinking, more akin to university-level politics. Dalits lack the resources and muscle power to become the vanguard of anti-BJP politics and Muslims will follow whoever can challenge the BJP.

The dominant agrarian castes in different parts of India are the only ones with the resources and the drive to challenge the BJP. The Haryana and Maharashtra elections represent the beginning of this challenge.

Vikas Pathak is a senior political journalist who teaches at the Asian College of Journalism, Chennai.