Past experience suggests that Disha Ravi is only the beginning and more arrests are bound to follow. 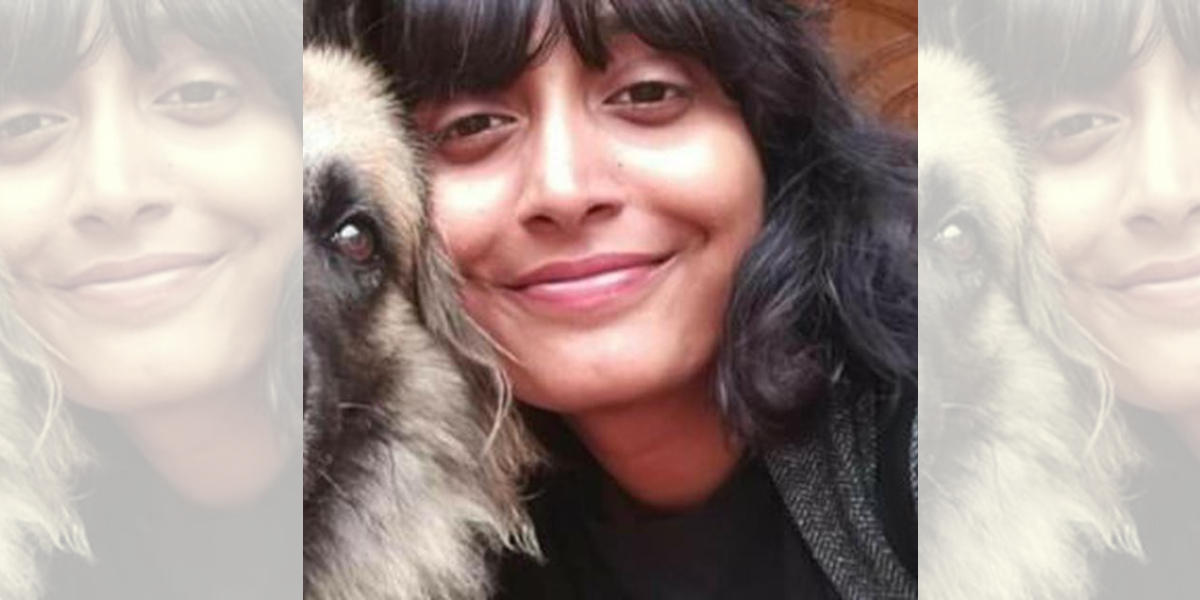 So Disha Ravi becomes the first Indian to be arrested under the newly manufactured ‘toolkit’ conspiracy theory. All of 21, Disha’s ‘crime’ is to share on social media a document designed to tell NGOs around the world how to create maximum impact when they campaign on some subject.

She is a passionate activist who set up the India wing of ‘Fridays for Future‘, originally started by Greta Thunberg to speak up on environmental issues, after being moved by a documentary on cruelty towards animals – just the kind of young citizen India should be proud of and encourage. Instead, she is being accused of being a “key conspirator” in a plan to generate violence on the lines of January 26 at the Red Fort. The Delhi police flew down all the way to Bengaluru to arrest her, no doubt deeming her extremely dangerous and perhaps a flight risk.

I am sure the Delhi police had planned to arrest Thunberg and would have done so if she was in Aligarh or Alleppey, but alas Sweden is out of their budget and jurisdiction. So they settled for someone within their reach and arrested the young activist.

So the ‘toolkit’ becomes the new official excuse to pick up anyone who steps out of line. It is the latest in a well-crafted series of labels, all designed to put a stamp on malcontents who speak up on issues the government would rather keep hidden from public view. In the past there have been ‘tukde tukde gang’, allegedly planning to break India in many parts; Naxals – anyone who doesn’t subscribe to the rightist ideology; Khan Market gang (progressive elitists); ‘Love Jihad’ an imaginary plot by Muslim young men to trap innocent Hindu girls into marrying them, ‘presstitutes’, which is how independent-minded journalists are described and ‘terrorists’, which was code for Muslims but now is applicable to Sikhs too. There is ‘termites’ too, and all come from the fertile mind of the Sanghis, both official and freelance and immediately get the backing of the government.

Environmentalists were largely ignored, though one recalls the blocking of Greenpeace activist Priya Pillai at Mumbai airport in 2015. Since then, the governments at the Centre and states have concentrated on grassroots workers such as Sudha Bharadwaj and intellectuals like Anand Teltumbde and Varavara Rao, or journalists (Siddique Kappan, Mrinal Pande), comedians (Munawar Faruqui) and other activists (Kanhaiya Kumar, Umar Khalid). All of them fall under the broad label ‘anti-national’ and were either allegedly planning seditious activities against the state or promoting inter-community conflict.

Jail is the preferred method, as seen in the cases of Bharadwaj, Rao and others, who have been in prison for over three years. But doing the same to well-known journalists like Pande or Rajdeep Sardesai would become a major issue in India and abroad – so they get served notices. Even a short stint in jail for someone relatively unknown like Disha Ravi will traumatise her forever, so that is what has been done.

Some journalists who have been arrested: (L-R) Siddique Kappan, Kishorechandra Wangkhen, Prashant Kanojia and Tsewang Rigzin. Photo: The Wire

There is a broad pattern that has emerged from the targeting by governments – mainly by the Centre and in states ruled by the BJP – which clearly shows that the Sangh machinery too has its own ‘toolkit’ to come down aggressively and ruthlessly on all those who it disapproves of. It is not a whimsical approach, but a well-planned, step-by-step structure that is put into play to ensure the build-up of a climate to not just execute but even justify the arrests. By the time the actual arrest comes, a large number of people have already been fed the propaganda that convinces them of the need for a punitive step.

This ‘toolkit’ is obvious to anyone who has been following events in recent years. By now it should have been exposed and rubbished and should have lost all legitimacy. But those arguing against it are powerless to battle the crescendo of supporters who treat the government’s word as Gospel.

The Sangh’s toolkit begins with first creating the appropriate branding of those who are troublesome and need to be quashed. ‘Tukde tukde gang’ showed that it could be done successfully – when Kanhaiya Kumar and others were arrested in 2016 on the basis of a video that showed he and others were shouting ‘azadi’ slogans, purportedly advocating freedom for Kashmir. The video was shown to be doctored by elements close to the government, but that did not matter to the Delhi police. Government friendly TV channels had shown it over and over and Kumar was beaten up by lawyers when he was taken to the courts. I recall an incident at a small literary festival when an irate gent, identifying himself as a retired civil servant from some grand position, shouting at a speaker for bringing up Kanhaiya Kumar’s name. “He is part of the tukde tukde gang,” the heckler said; it was a salutary lesson in the power of propaganda messaging and since then one has seen in over and over again.

The use of media is a crucial part of the toolkit – the moment something is said, the broadcast media begins talking about it, often using the same phrases, and with the same righteous indignation. “Are you defending these anti-nationals who want to break up India,” one anchor huffed; “Clearly Greta Thunberg and Rihanna are part of a plot and have been paid massive sums to spread anti-India canards,” thundered another recently. The Hindi channels are far more imaginative: one discovered that Rihanna was Muslim, another that the “Rihanna Gang’s” conspiracy had been fully exposed. Then there is the troll army, a well-funded machine that gets into action right away, not just spreading the lies but also systematically targeting others who may disagree with the government.

In the past, the BJP’s own involvement has been limited to its spokespersons shouting on television and amplifying such stories on Twitter. But Rihanna and Thunberg’s tweets have stung the government like never before. The Delhi police got into the act, denouncing the young activist and the exalted Ministry of External Affairs issued a statement that was positively apoplectic by its standards. No less than the external affairs minister S. Jaishankar, a consummate diplomat, said the Greta ‘toolkit’ had “revealed a lot”, shocking his fellow IFS officers.

And now, Disha Ravi has been arrested. The Delhi police, under the control of the Union home ministry headed by Amit Shah, is taking this one very seriously. More arrests are bound to follow – already a Mumbai lawyer Nikita Jacob has been named as another conspirator in the same matter and is said to be ‘absconding’. Will the Delhi police now visit Maharashtra? And will the state government, currently at war with the centre, allow it to?

There is no saying where the government will stop, given that it is getting desperate at the rising opposition to its policies both domestically and internationally. Past experience suggests that as its frustration grows, its strongarm methods will increase.

Meanwhile, while opposition too is bound to grow, all this is already having a chilling effect – journalists are more than careful than ever before in their writing and posts on social media and comedians are careful about their jokes.

Laws will get tougher, more powers will be granted to law and order agencies and most of all, more and more labels will be created. The possibilities are endless – there are college students, teachers and perhaps even retirees to go after. It is now feeling more emboldened than ever. And with the state machinery, a compliant media and support from vast sections of the citizenry, it doesn’t have to worry too much about the voices of outrage at this blatant targeting of innocent dissidents.