Will BJP's UP Model of Mobilising Scheduled Castes Work in Tamil Nadu?

The appointment of L. Murugan as its state president hints that the saffron party will try and gain the support of non-dominant SCs, but this approach has its limits. 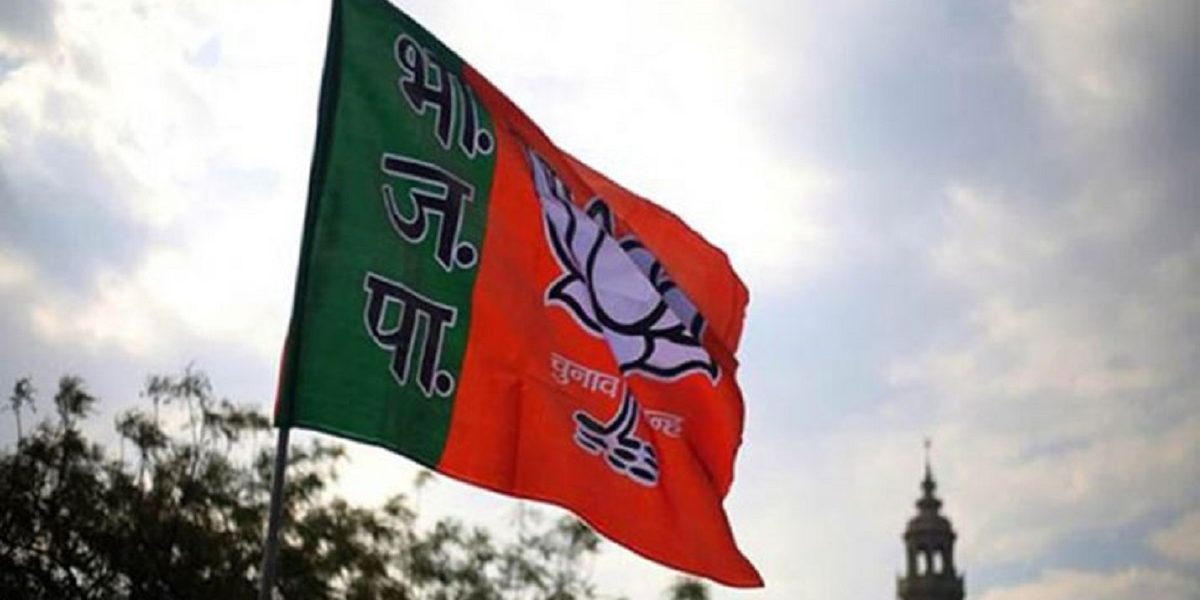 The run-up to the 2019 general elections was marked by a discussion on the incumbent Bharatiya Janata Party’s (BJP) strategy for Uttar Pradesh in response to the alliance of the two major regional parties, the Bahujan Samaj Party (BSP) and the Samajwadi Party (SP). The BJP sought to accentuate the fissure stemming out of inter-caste competition through moves like sub-categorisation of the Scheduled Castes (SCs) and Other Backward Classes (OBCs) in the context of affirmative action quotas. In other words, the approach of the BJP was marked by the mobilisation of non-dominant SCs and non-dominant OBCs. The approach worked and the BJP-led alliance won 64 of the 80 constituencies.

A year later, the same approach seems to be replaying in Tamil Nadu, with the BJP’s appointment of its state president, a post that was vacant for over six months. On March 11, L. Murugan, the vice-chairman of the National Commission for Scheduled Castes (NCSC), was appointed as Tamil Nadu’s BJP state president. Murugan, an advocate, was an active member of the student wing of the Rashtriya Swayamsevak Sangh (RSS), the ideological parent organisation of the BJP. The appointment came as a surprise, and was hailed a praiseworthy move by many. Inter alia, one reason was that he belonged to a non-dominant SC-jati, the Arunthathiyars. 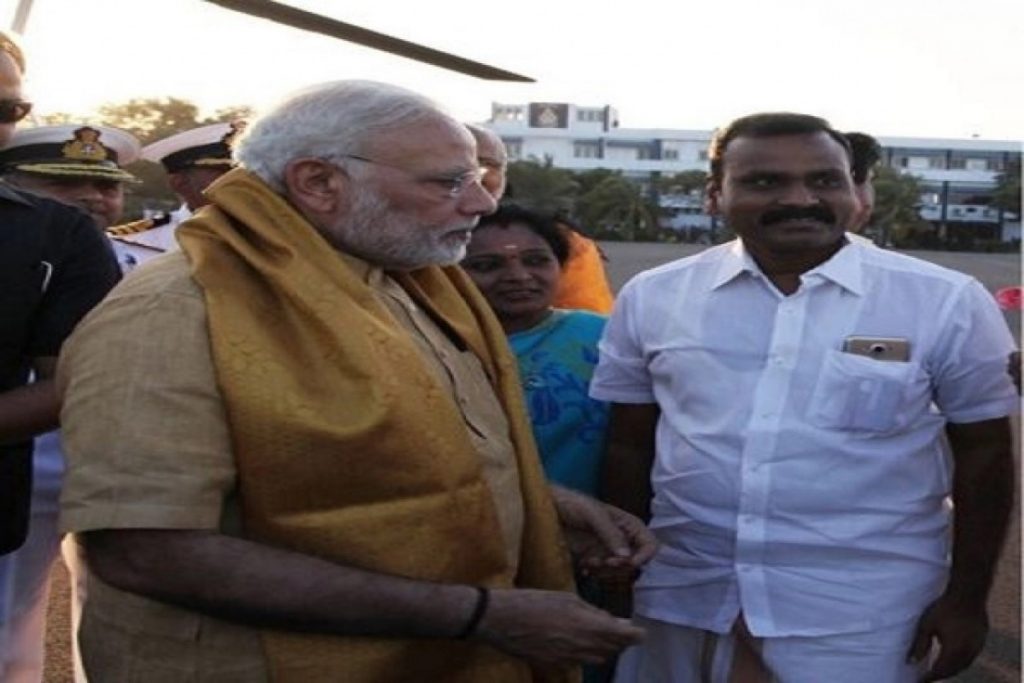 At this juncture, a question is pertinent: Why would a party that had a vote share of 3.71% in the state in the 2019 general elections resort to such a decision? Drawing from the work of professor Amit Ahuja, we argue that the move by the BJP might not yield electorally, as bloc voting among SCs is significantly lower in Tamil Nadu in comparison to UP. Ahuja locates the reason for such voting behaviour in the broadbasing and mainstreaming of the SC grievances through socio-cultural movements. The article situates the BJP’s move in the context of how it seeks to undo the outcomes of the century-long socio-political movement aimed at instilling agency among the marginalised communities.

Mainstreaming of SCs: The Tamil Experience

The publication of A Comparative Grammar of the Dravidian or South-Indian Family of Languages by Robert Caldwell in 1856, actuated the re-reading of Puranas as the clash between natives of the land (Dravidians) and the invading Aryans. Meanwhile, the politics of and around SCs in Tamil Nadu went through the “Dravida”, “Casteless-Dravidians”, and “Adi-Dravida” identities, thanks to the efforts of pioneers like John Rathinam, Iyothee Thass, and Rettamalai Srinivasan from the late 1880s.

Given the assertiveness associated with the nomenclature of “Adi-Dravida” (Original/Early/Native Dravidians) and the popularisation of its usage by E.V. Ramasamy in the 1930s, it remains strong in the state. The Adi-Dravida construct met the “Harijan” identity – a Gandhian construct and an import from the national Independence movement discourse. The “Harijan” terminology persisted, albeit to a lesser degree post-1967, with the steady decline of the Indian National Congress in Tamil Nadu.

However, its persistence is due to the scope it gave for the privileged sections to engage in a clientelist fashion with the oppressed classes, given the condescending nature of Harijan i.e., the ‘Children of God’ who needed the benevolence of the privileged.

Post-Independence, around the 1970s, the “Dalit” identity entered Tamil Nadu’s political discourse, with ideas of Dr B.R. Ambedkar as the vehicle for communicating the vocabulary of assertion.

The 1990s, saw the emergence of Viduthalai Chiruthaigal Katchi (VCK) [Liberation Panthers Party] under Thol Thirumavalavan from the Dalit Panthers Movement and the formation of the Puthiya Thamizhagam Party [New Tamil Nadu Party] (PTP) by Dr Krishnasamy from the Devendra Kula Vellalar Federation (DKVF) – both backed by dominant SC-jatis – the Parayars and the Devendra Kula Vellalars (DKVs). The Aathi Thamizhar Peravai [Native Tamils’ Federation] (ATP) led by Athiyaman was backed by the non-dominant Arunthathiyars. The three political parties reflected how emerging parties surfaced as a counter to the limitations of one or all of the prevalent identities like “Dravidian”, “Harijan”, and “Dalit” in order to help them express the particular grievances of the individual SC-jatis better.

The emergence of the Dravidian movement infused the notions of self-respect, primacy of Tamil language and culture, and militant rejection of Brahminical exclusion leading to greater politicisation of the oppressed communities since the 1920s, followed by a slew of social justice-oriented interventions that fostered their upward mobility.

The support of the oppressed communities, which was split between the INC and the two Dravidian parties – Dravida Munnetra Kazhagam (DMK) and AIADMK until 1980s, witnessed a churn within, as a reaction to the apparent hegemony of middle castes in their immediate geographical periphery. The developments in the 1980s, inter alia, include the renewed caste consciousness owing to the demand for revisiting the existing reservation quotas to accommodate a significant section of the population that lagged, mixed responses to the introduction of populist policies under the leadership of M.G. Ramachandran, the perceived slant of the ruling dispensation towards middle castes, and the episode of religious conversion in Meenatchipuram and reactions by civil society, which in itself was a defining moment.

A fertile ground for the departure from status quo was in place, which led to the coming together of individuals from Dravidian movement, INC, civil society groups, professionals from oppressed sections, individual caste forums, Christian clergy, Marxists, and Communists. A gradual coalescence of these groups ensued and they sought to reinstate the process of mainstreaming the grievances of the marginalised communities.

The new political parties for oppressed sections pursued multiple objectives, including the attempt to weave a coalition of oppressed sections under the broader “Dalit” identity, while using the nomenclatures of “Tamil” and “Dravidian” identity on one hand, and pursuing greater allocation of benefits for individual SC-jatis on the other. Moreover, these parties also allied with other small parties working for the interests of middle castes on the plank of broader Tamil interests, and at times Tamil nationalist interests. 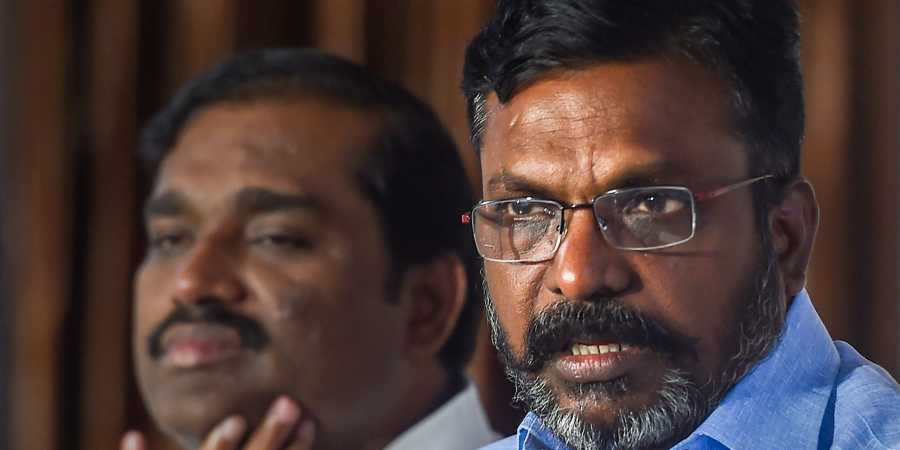 The Turn of the 21st Century

The following decade saw SC parties working in tandem with the dominant Dravidian parties, who also have a strong cadre and vote share of SCs from all the individual SC-jatis. The Dravidian parties – influenced by E.V. Ramasamy, whose understanding of caste system has its points of congruence with Ambedkar – have a long history of interventions against caste oppression and have always been keen on addressing the issues concerning the SCs.

In the context of Arunthathiyars, the DMK elected V.P. Duraisamy, an Arunthathiyar, as the deputy speaker of the Tamil Nadu legislative assembly for two terms, 1989-91 and 2006-11, and nominated him to the Rajya Sabha in 1995. Further, in 2009, in response to the demands from the community and groups like the ATP, the Karunanidhi-led DMK government passed the TN Arunthathiyar Special Reservation Act based on the recommendations of the Justice M.S. Janarthanam Committee. The Act grouped seven individual SC-jatis together as Arunthathiyars and carved out a sub-category within the SCs, which was given 3% out of the 18% reservation for SCs in the state.

The AIADMK, on its part, has elected Dhanapal, also an Aruthathiyar, as the speaker of the legislative assembly. Moreover, between the 1950s and 2016, over 35 MLAs across parties have been Arunthathiyars. In other words, the SC mobilisation in TN has ensured all three elements of Nancy Fraser’s triad – recognition, redistribution and representation vis-a-vis all SC-jatis at varying degrees.

As a result, the BJP is left with little scope to accentuate hostility among individual SC-jatis, unlike in UP, where the BSP catered almost exclusively to Jatavs. Moreover, the interventions by SC leaders like A. Raja (Dravidian-fold) and Thirumavalavan (Panthers-fold) are not restricted to the particularities of the SCs or their specific grievances, which serve as evidence to the mainstreaming of the marginalised communities.

Also Read: Can the BJP Breach the South?

Vilifying agency and a turn to patronage?

The homegrown right-wing organisations and the BJP in Tamil Nadu have been wary and at times cynical of the rise of marginalised communities. Two instances are considered in this context. Firstly, the leader of the Hindu Makkal Katchi [Hindu People’s Party] (HMK), which pledges its support to the BJP, calls Athiyaman, the leader of the ATP, unfit to represent the Arunthathiyars as he is a Christian. Also, Thirumavalavan, is tagged as a non-Hindu (Buddhist), thereby regarded unfit to raise the qualms of the SCs.

Secondly, the suicide of Anitha, a Dalit girl who could not secure a medical seat owing to the introduction of NEET (National Eligibility cum Entrance Test) in 2017, is noteworthy. The death of Anitha was preceded by the indifference of the governments, both state and Centre in taking a firm stance against NEET, while it was stalled in TN since its introduction until the demise of former chief minister J. Jayalalithaa. The whole of TN came together in solidarity with Anitha and protested against NEET. However, responses from the other side were two-fold. First, the PTP, which was working towards the exclusion of DKVs from the SC list, welcomed NEET and disregarded the death of Anitha.

The BJP’s Murugan, as the vice chairman of the NCSC, sought to blame Anitha’s death on ‘external pressure’ and reiterated the need for NEET to foster competitiveness among students, a justification that alludes to the merit argument placed against the marginalised. In other words, Murugan’s statement belittled the state-wide emotion around Anitha’s death. 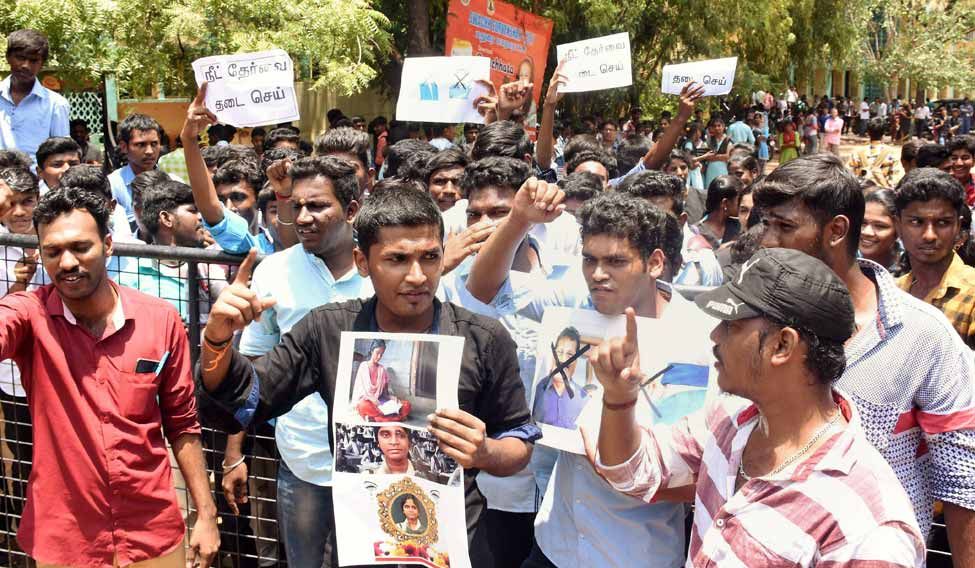 A protest in Tamil Nadu to ban NEET after the death of Anitha. Photo: PTI

At this juncture, elevating Murugan, who is both located within the conventional Hindu fold and talks the language of the privileged, as a true representative of the SCs or Arunthathiyars is a move that hints at the BJP’s patronising approach towards the SCs, which is more feudal than the Harijan project, and is inimical to the idea of instilling agency among marginalised groups.

Vignesh Karthik K.R. is a PhD student at the King’s India Institute, King’s College London. Jeyannathann Karunanithi is a political analyst based in Chennai.