The BJP, despite working overtime to sell the ‘Statute of Unity’ project to the masses at an ideological level, has not got the response that it was vying for. 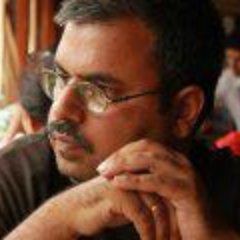 As Prime Minister Narendra Modi gets ready to unveil the world’s tallest statue of Sardar Vallabhbhai Patel at Kevadiya in Gujarat, the Bharatiya Janata Party, through its organisation and state governments, has been working overtime to sell the ‘Statue of Unity’ project to the masses at an ideological level. The project is extremely important for the long-term political goals of the Sangh parivar.

But the project has failed to generate euphoria among the masses, something that Modi and his team have been vying for since the idea was floated. The euphoria is not just missing across the country, but even in Gujarat, where the tribals are threatening to stage a major protest on October 31, Patel’s 143rd birth anniversary, when the statue is to be unveiled.

The entire project is being viewed as yet another part of the Sangh parivar’s move not only to appropriate Patel and his legacy but to pit the ‘Iron Man’ against both Jawaharlal Nehru, whom its has vilified to a large extent, and also against Mahatma Gandhi, who was the other and more towering figure from Gujarat.

“The tools utilised were the same. There were yatras for both projects. While bricks were collected for the proposed temple in Ayodhya, this time they carried out a drive to collect iron pieces from across the country for this statue. They never came clear on the money and bricks collected for the temple. In the same way, officials in Gujarat never divulged how many tonnes of iron were actually collected. The media always shied from reporting whether this iron collection drive was a success or not,” said an Ahmedabad-based political observer.

“In both cases, the projection was to create something. But what was achieved was the destruction of another. They said that they wanted to build a Ram temple but what was carried out was destruction of Babri Mosque. In this case also the message was that a statue of Patel is being erected but in the process it is destroying Nehru and projecting Patel as someone even taller than Gandhi,” he added.

Eminent social scientist and author Achyut Yagnik points out, “Other than Gandhi, who had given up active politics, there were three stalwarts of the freedom movement – Nehru, Patel and Subhas Chandra Bose. The process is on to appropriate the latter two and then pit them against Nehru.”

Patel has been important for the BJP as well as its earlier avatar, the Bhartiya Jan Sangh, that was born in 1951 because they never had any leader in the freedom struggle as their referral point, he said.

He also agreed to the observation that the BJP or Sangh Parivar has always projected Patel as an ‘autocrat’ and not as a ‘democrat’ while playing to their support base.

The point about Patel BJP highlights the most is his role in the merger of the 562 princely states into India. But nobody brings up the fact that Patel was among the most dedicated followers of Gandhi and that he never went outside Gandhian influence.

An ‘autocratic’ image of Patel as their ideal has helped the Sangh Parivar achieve its political motives in electoral terms in Gujarat. The narrative of the leaders including Modi has always centred around that the country’s problems including the burning Kashmir issue would not have been there if Patel was made the first prime minister of the country.

Yagnik pointed out, “What is not remembered is that Patel’s image was built step by step. He was the mayor of Ahmedabad who left local politics to move to Bardoli. At the same time, his brother Vitthalbhai Patel was the mayor of Bombay.”

The politics over the appropriation of Patel and his legacy first gathered pace under the tenure of Chimanbhai Patel as the chief minister of Gujarat and further accelerated during BJP’s tenure that has lasted more than two decades.

The Statue of Unity, a 597-foot statue of Sardar Patel. Credit: PTI

Coming back to the failure of Modi government and the BJP to generate euphoria about the project, this reporter was in for a surprise to see the Statue of Unity being promoted in the ‘Incredible India’ series of tourism promotion at a cinema hall in Himachal Pradesh. The promotional aspect, as far as a tourism destination is concerned, is fine but this is perhaps the only promotional video of ‘Incredible India’ that also promotes Modi. It also contains political overtones carrying forward BJP’s narrative on Patel with the claim that without Patel and his role in unifying modern day India, people would have to obtain a visa to go to Junagadh.

But why is the government using such a platform to promote Modi and the BJP’s political narrative in a tourism promotion video meant for mass circulation?

One simply needs to understand the opposition coming for the project from within Gujarat. About a fortnight back it was the former Chief Minister Suresh Mehta reportedly claiming that the memorial depicting Sardar Patel is ‘illegal’ and the government went ahead with the project despite protests from local tribals only to garner votes for the saffron party.

Addressing a media briefing, Mehta had said that 5,000 tribal families in 72 villages in the vicinity of the memorial would observe a day’s fast on October 31 to register their protest.

Reports say that nearly 75,000 tribals whose land was taken for the Rs 2,979 crore statue are set to observe a bandh in 72 villages and they would not cook in their house that say. In tribal tradition in eastern Gujarat not cooking is construed as mourning.

There is also a contrary point of view that the tribals have been given appropriate compensation along with fertile land in the catchment area of the Narmada river and that the protests are politically motivated.

Mehta had reportedly accused Gujarat government of violating the Panchayats (Extension to Scheduled Areas) Act of 1996 that empowers only the gram sabhas to approve such projects.

At present there are videos in circulation showing police personnel guarding the banners put up for the October 31 ceremony fearing they might be damaged by agitated people.

Sources say that Narmada district of which Kevadiya is a part has been turned into a cantonment with the authorities taking no chance of there being an embarrassment to the government. There have been many instances of posters about the event being blackened or torn by the agitators.

Sources in Bharuch said that the ceremony and participation of guests have both been curtailed by the government fearing large scale protests.

Social activist Rohit Prajapati said, “The government had never imagined that it would face such opposition from the people at the ground level and there would be no people to buy its development narrative. The people have understood that the motive is to privatise everything including their land. The masses can forget violence coming from communal riots but they cannot forget the taking over of their land. Why is the government reluctant to debate on the environmental and social issues?”

Even the two-phased ‘Ekta Yatra’ started by Gujarat chief minister Vijay Rupani to create awareness about Patel’s role in merger of 562 princely states into independent India has drawn a lukewarm response. The government plans to cover 10,000 villages through 60 ‘Ekta Raths’. This has become a matter of concern for the BJP as this yatra was meant to help gauge the public mood ahead of the 2019 Lok Sabha polls.

There have also been reports about the state government pulling up district collectors for failing to ensure the presence of villagers in the ranks of the ‘Ekta Yatra’ participants and instead filling them up with primary school children.

People are also questioning the massive spending on the Kevadiya show on October 31, which brings the total cost of the statue and ceremony to well above the reported cost of around Rs 3,000 crore for building and maintaining the 182-metre statue built on Sadhu island in Narmada river.