Punjab finance minister Harpal Singh Cheema claimed that seven to 10 AAP MLAs have been approached by the saffron party with offers of money and ministerial positions. 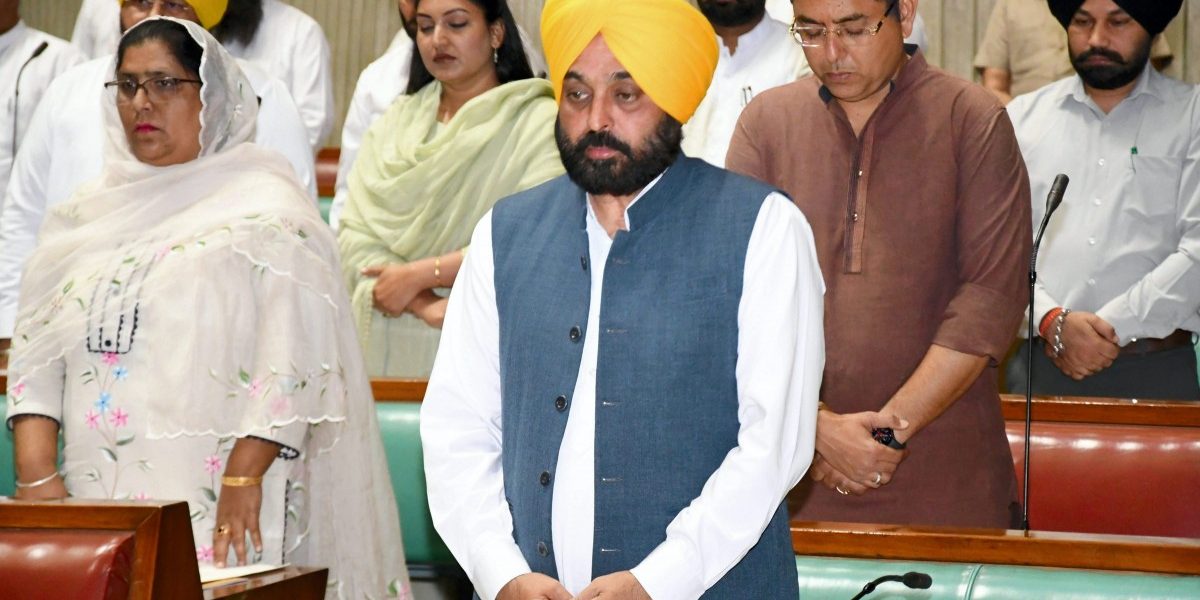 New Delhi: After accusing the BJP of trying to topple the Delhi government, the Aam Aadmi Party (AAP) on Tuesday claimed the saffron party of offering its MLAs in Punjab Rs 20-25 crore each to bring down the Bhagwant Mann government.

The Punjab BJP dubbed the allegations as “baseless” and a “bundle of lies” and said AAP is trying to divert the attention of people away from its “failures”.

Addressing the media in Chandigarh, Punjab finance minister Harpal Singh Cheema alleged that under the BJP’s “Operation Lotus”, some AAP legislators in the state have been approached. The senior AAP leader claimed that seven to 10 AAP MLAs have been approached with offers of money and ministerial positions.

“They approached our MLAs and told them that their meeting will be arranged with vadde baau ji‘ and with big leaders in Delhi, and also offered them Rs 25 crore each,” he said.

Cheema alleged that the AAP MLAs were offered ministerial positions if the BJP forms the government.

The state finance minister further alleged, “They were told if you bring three-four MLAs, then you will be offered Rs 50-70 crore.”

He alleged that the Congress MLAs were “bought” in Madhya Pradesh and other states – a reference to the Congress government under Kamal Nath falling to the BJP after Jyotiraditya Scindia defected. “Maybe here also they are in touch with them (Congress MLAs),” he alleged.

He alleged that the BJP kept Rs 1,375 crore for breaking 55 MLAs away in Punjab.

AAP leader Cheema alleged the BJP earlier tried to “murder” democracy in Delhi and same attempt was being made in Punjab but it cannot be successful in its attempt.

Cheema alleged that the BJP was trying to “buy” AAP MLAs in Punjab while claiming that such attempts had earlier failed in Delhi.

Seven to 10 MLAs were approached directly or indirectly by the BJP through its people, he said while refusing to name the MLAs who were allegedly approached.

When asked about the names of the MLAs who were approached, Cheema said, “Many MLAs have got calls. It is a matter of investigation.” The CBI and the ED were already after the AAP leaders in Punjab, he alleged.

“Our legal team will see at which forum legal action will be taken (in the matter). At this stage, we cannot disclose the names of MLAs. In the coming time, our MLAs will come forward and we will present proof and electronic records before the public,” said Cheema.

When pointed out that the AAP government has police and intelligence under it and why it was waiting for action in the matter, Cheema said, “Very soon, legal action will be taken as our legal experts are working on it.”

Among those people from the BJP who approached the MLAs included some from Punjab and some from Delhi, said Cheema.

Punjab BJP general secretary Jeevan Gupta, while slamming AAP for its allegations, said, “The AAP government has failed in fulfilling its guarantees and when people ask questions about them, they try to divert attention by making such false accusations.”

BJP leader Anil Sareen asked Cheema to immediately make public from where their MLAs received calls and who tried to lure them. He demanded that either Cheema should publicly declare phone numbers from where the calls were received or quit his post.