The Ruination of the BJP’s Organisation in 10 Steps

This looks like a golden era for the BJP. It is enjoying a decade in power at the Centre, it governs numerous states, and the opposition is fragmented. But a close look reveals serious degeneration that casts doubt on its long-term prospects. This has been happening since 2014, but it worsened over the last year.

Despite the energetic creation of booth-level party committees as elections approach, the Narendra Modi-Amit Shah management style has severely disempowered BJP activists and the party organisation can no longer link citizens with the government.

Ten steps are leading to the destruction of the BJP’s organisation.

First, national leaders have fundamentally changed the way that they seek to meet people’s needs. Initially, new programmes tightly managed from the top were implemented through the bureaucracy, depriving MLAs and BJP activists of patronage to cultivate support for themselves and the party. MLAs were denied influence over transfers of local officials, undermining their ability to meet constituents’ needs.

In the last year, programmes controlled from the top used IT systems to distribute funds and provide services, bypassing MLAs, activists and the bureaucrats they can influence. The woeful record of Aadhaar, which has often excluded needy people, raises serious doubts about such programmes. They provide no feedback on people’s problems and preferences, as the BJP organisation used to do. It blinds the PM, but he remains enchanted by IT systems, presumably because they strengthen top-down control.

Second, intra-party democracy has been abandoned. Zoya Hasan and others have noted that before 2014, the BJP had more internal democracy than others. But since then, posts have been filled by appointment from above, not by election from below. Party office holders concentrate not on explaining citizens’ views, but on telling their superiors what they think they want to hear. This again blocks vitally important upward flows of information. There are striking similarities here with what happened to the Congress under Indira Gandhi – from which that party never recovered.

Third, when filling key posts – not least chief ministers – obedient people rather than capable people have been selected. That undermines the party’s capacity to govern well and to operate adroitly where it is in the Opposition.

Fourth, promising BJP politicians have been marginalised because they might become rivals to the supreme leader. L.K. Advani and Murli Manohar Joshi suffered this fate, and the practice has intensified, as we saw in changes to the party’s parliamentary board. The BJP’s most important body has not met in over two years and has become “dysfunctional” because the PM and Amit Shah impose key decisions on it. However, its revised membership is symbolically important, and three major figures ― Nitin Gadkari, Shivraj Singh Chouhan and Yogi Adityanath ― were excluded in mid-2022.

Fifth, national leaders dominate state elections. They brush aside advice from state party leaders and dictate which issues to stress – even if local leaders warn that they have little popular appeal. Grave errors in candidate selection have led to humiliating defeats and losses in winnable elections. When national leaders’ bungling leads to defeats, they blame others – mainly the same state BJP leaders who had warned them. That sparks anger and disillusionment. 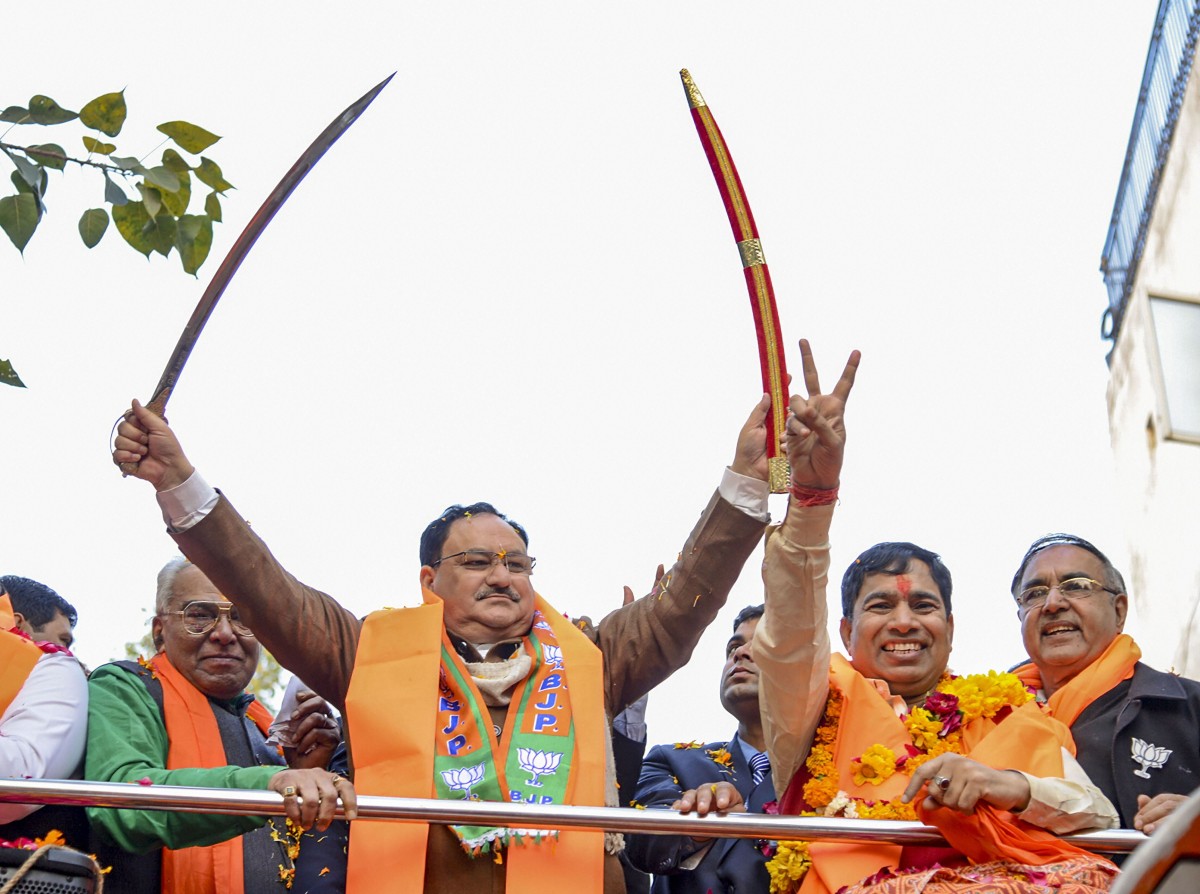 They create bitter faction fights between old loyalists and newly inducted turncoats, some of whom get prized ministerial posts. This has plagued the BJP in Karnataka for months, and has led to shocking reverses, as in recent civic polls in Madhya Pradesh.

These operations also undermine popular support among voters who feel betrayed by the BJP and the defectors for whom they voted. National leaders assume that voters will forget that the parties they elected were ousted by illicit, underhand means. But Indian voters are sophisticated enough to have thrown out roughly two-thirds of state governments since 1980. They are capable of reacting against ‘kamals’, like in Maharashtra in mid-2022. A C-Voter survey found that if a national election were held today, the BJP and its allies that had seized power via defections would win only 18 seats, with the remaining 30 going to the ousted victims.

Seventh, people in booth-level committees are given no roles on polling day and little or no attention afterwards. They feel jilted and drift away. The BJP has been unable to locate many of them for the next election.

Eighth, centralisation of fundraising has intensified Modi’s dominance, starving activists at lower levels of funds which would have given them some autonomy to use their local knowledge to benefit the party. This is intentional. Their local knowledge is not valued by the high command, and they are prevented from raising or possessing substantial funds of their own. Centralised fundraising has been hugely successful. In the 2019 election, the BJP had 18 times more money than all other parties combined. The concentration of funds at the apex has left party activists at lower levels feeling under-resourced, stripped of powers and (again) resentful.

Ninth, the relentless promotion of the leader’s personality cult has turned the organisation into an abject collection of Modi bhakts. As Nilanjan Mukhopadhyay writes, BJP leaders and activists compete in their adoration of the great man. Venkaiah Naidu described the PM as “God’s gift to India”. It cannot have displeased Modi because Naidu was then made vice president. The Madhya Pradesh agriculture minister then announced that Modi was “an incarnation of god like Lord Ram and Lord Krishna”. More recently, BJP President J.P. Nadda went further by referring to Modi as “king of gods”.  As a result, the party organisation – like everything else ― is made to feel marginalised.

Also Read: Modi, ‘King of Gods’? The Malaise of Competitive Sycophancy That Plagues the BJP

Finally, over the last year, the relentless pursuit of religious polarisation has often caused events to slip out of control. This has damaged the authority of the government, its leaders and the BJP organisation. The PM’s customary silences when incendiaries call for heinous acts against minorities are interpreted by those extremists as endorsements. But those same extremists have lashed out at the forces of order, the government and the party when their wild demands are not met, or when their fellow firebrands have been attacked. Amid the mayhem, the party organisation suffers further.

Modi’s popularity, boosted by a fawning propaganda machine, has so far ensured national election victories. But he will not be there forever. In his absence, the BJP will need a strong organisation, but it is being destroyed.