In a discussion at a news channel Sunil Bharala said faith trumps COVID-19 protocols and people cannot be kept from the Kumbh Mela. 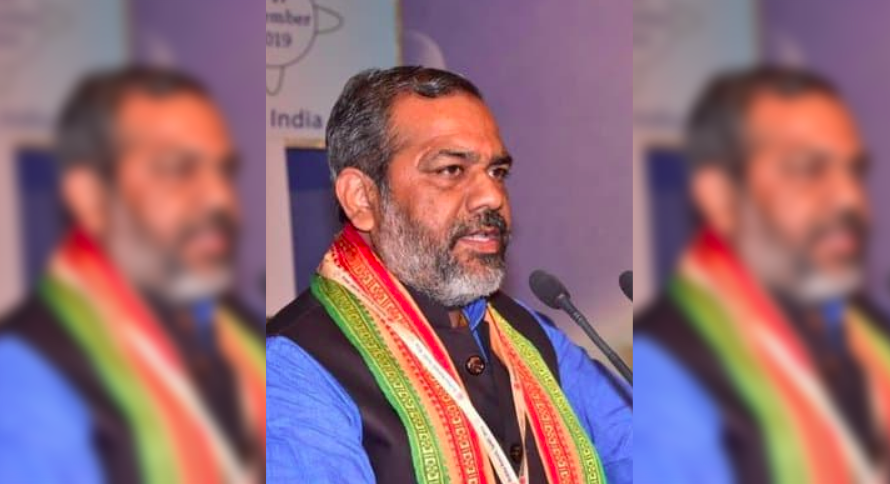 New Delhi: A Bharatiya Janata Party MLA in Uttar Pradesh who visited the Kumbh Mela, and is now COVID-19 positive, has nevertheless defended the government’s controversial holding of the event.

Sunil Bharala made the claims in the course of an evening discussion on the news channel NDTV. The topic was the discrepancy in the perception of the large crowds – going against COVID-19 protocol – in the Kumbh Mela at Haridwar and the censure of the congregation at the Nizamuddin Markaz a year ago. The Logical Indian, which first reported his status as an admission that he had gone to the event Covid-positive, has since clarified that it has no way of knowing whether he contracted COVID-19 before or during the event.

On Saturday evening, his office confirmed to The Wire that he tested positive only after returning from the Kumbh and that he was not positive when he had gone there. “The minister said two things on television  – that he had gone to the Kumbh, and that he is Covid positive, but the media has mixed this up,” an aide said.

Bharala, chairman of the state’s Labour Welfare Council, appeared on the Hindi discussion as well as the English one after it. In both he made claims that posited faith above COVID-19 protocols, but he made the assertion that he was coronavirus positive only in the Hindi discussion, on NDTV India.

In the above video, uploaded to the YouTube channel on April 16, it can be seen at the 10.30-minute mark that Bharala says he visited the Kumbh Mela for the Sahi Snan bathing ritual.

The anchor asks Bharala if, in a state where the chief minister himself has tested positive for COVID-19 and several other politicians continue to also get affected, this glib attitude displayed in the Kumbh Mela can continue.

When the anchor mentions politicians, at around the 11:01-minute mark, Bharala says twice, “I myself am coronavirus positive.”

However, the anchor continues on his line of questioning as to whether this situation could not have been avoided and Bharala does not repeat the claim.

In the English discussion, a clip of which was tweeted by NDTV and retweeted by Bharala says that the Kumbh is protected by the deity, Ganga.

He also says that it is not right to compare Kumbh to Markaz.

The anchor then asks him, “Why? If you do not see this through the glasses of religion then they are eminently comparable. In both cases, there were congregations.”

Bharala then says, erroneously, “The whole country was under lockdown when it [Markaz gathering] took place in Delhi. Now there is no lockdown, COVID-19 rules are being maintained. Go to Haridwar and see. Police is present. Everyone is coming with reports.”

In reality, the Tablighi Jamaat congregation began on March 13, 2020, at a time when the health ministry had desisted from declaring a national emergency. Although Delhi chief minister Arvind Kejriwal ordered a ban on gatherings of more than 50 the next day, it was only after the nationwide lockdown was announced on March 24 that Delhi Police asked the attendants at the Markaz to leave.

When the anchor asks Bharala whether his sole defence is going to be the fact that no ‘lockdown’ has been enforced in as many words, even though there has been a rise in cases, Bharala says, “Kumbh comes in 12 years. Mouni Amavasya comes in 48 years. Devotion becomes big, COVID-19 becomes small.”

Later, he also says, “Ganga ma will solve this” and that “people will get strength from such a pilgrimage.”

Bharala is not alone in playing down the seriousness of the large crowds at the Kumbh Mela. Uttarakhand Chief Minister Tirath Singh Rawat has said that the event should not be compared with the Nizamuddin Markaz, as “Maa Ganga’s blessings are there in the flow. So, there should be no corona.”

Meanwhile, the event which comes at a time when India is battling a serious surge in COVID-19 numbers, has made news worldwide for its numbers.

Seers of the Niranjani Akhada sect have reportedly decided to call it quits at Kumbh Mela from April 17 because of the abrupt rise in infections in the state.

The head of the Maha Nirvani Akhara from Madhya Pradesh, Swami Kapil Dev, who was under treatment for COVID-19 after attending the Kumbh Mela, has passed away.

A majority of the 48.51 lakh people who took part in the last two mass bathing rituals were seen openly violating COVID-19 norms, PTI has reported.

Note: The earlier headline of this article erroneously suggested that the MLA was COVID-19 positive when we went to attend the Kumbh Mela. The Logical Indian website, which first reported the claim, has since clarified that it has no way of knowing when the legislator contracted the virus. The story has also been updated with quotes from Bharala’s office.