Himachal Polls: Despite a Weak Opposition, BJP's Biggest Rivals Are Mismanagement and Factionalism

While BJP national president J.P. Nadda has tightened his grip on the state's politics by getting his loyalists appointed to top posts, former chief minister Prem Kumar Dhumal’s camp has been making its grievances known. 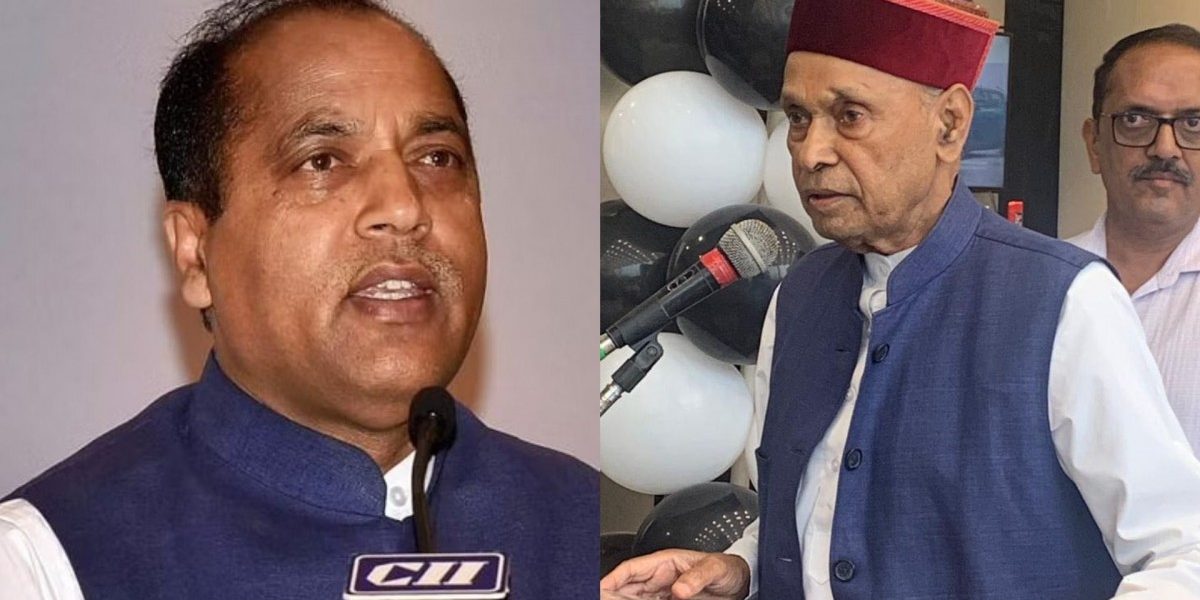 New Delhi: On the surface, the Bharatiya Janata Party (BJP) has several things going its way in Himachal Pradesh ahead of the assembly elections there, scheduled for later this year.

The demise of former Congress chief minister Virbhadra Singh last year has taken away the sheen the contest used to have from its traditional rival. Moreover, the Aam Aadmi Party (AAP), which initially showed a lot of intent and promise, has gradually focused its energies more on the Gujarat polls, leaving the BJP poised to become the first party since 1985 to return to power in the hill state.

However, the simmering discontent between the factions led by former chief minister Prem Kumar Dhumal and BJP national president J.P. Nadda poses a major threat to the party’s prospects. Dhumal, who was the BJP’s chief ministerial candidate in the 2017 polls, was overlooked for the post after he lost his own election from Sujanpur. The party chose Nadda loyalist Jai Ram Thakur for the post instead, which made Dhumal bitter.

However, the BJP faced a similar situation following the polls in the neighbouring hill state of Uttarakhand. Despite his loss from the Khatima constituency in the assembly elections earlier this year, the BJP retained incumbent chief minister Pushkar Singh Dhami, giving Dhumal every reason to feel aggrieved.

Since then, however, Nadda and Thakur have been taking most of the decisions as the party has proceeded with its poll preparations. But this has not made the Dhumal camp lie low and there have been constant murmurs of dissent within the party.

Last month, Rajya Sabha member Indu Goswami made a direct appeal to the voters of Sujanpur to vote Dhumal back to power. This surprised many as the party has decided not to give tickets to candidates over 75 years of age and Dhumal is already 78. The call, however, sent out a bigger message – that many of the party leaders were uncomfortable with the way in which the BJP is now being run from Delhi.

With the Congress not posing the kind of challenge that was expected of it, a number of its leaders have been moving over to the BJP. This has raised another problem for the saffron party – the Dhumal camp is angry that several Congress and independent leaders, who took on BJP loyalists, have been inducted into the party.

Two cases stand out. One is of independent MLA Hoshiyar Singh from Dehra, who had defeated five-time BJP MLA and Dhumal loyalist Ravinder Singh Ravi in the last polls. His induction has been opposed by Dhumal’s son, Union minister Anurag Thakur.

The other leaders whose entry has been opposed by BJP workers are former Congress working president Pawan Kajal and two-term Congress MLA Lakhwinder Singh Rana.

It is believed that Dhumal wants his son, Anurag, to get back the reins of the BJP’s politics in Himachal Pradesh. However, Nadda remains too strong a leader in the current scheme of things. He has gradually tightened his grip over the state’s politics. Even Rajeev Bindal, who was made chairman of the election management committee earlier this year, is said to be his man.

The party had, in late May, endorsed Jai Ram Thakur as its chief ministerial candidate when Prime Minister Narendra Modi had, at a rally, praised him as a “diligent” and “popular” leader.

But, as The Wire had reported earlier, Thakur faces a number of challenges due to his governance issues too. There has been a lot of resentment among government employees who have been seeking a return to the old pension scheme and demanding the regularisation of contractual jobs.

The Thakur regime has also been accused of going soft on corruption. BJP state president Bindal had to step down in the wake of corruption allegations. Then, the recruitment exam for police constables had to be shelved over a paper leak and Thakur, in an effort to save face, had to hand over the probe to the Central Bureau of Investigation (CBI).

Fruit growers are unhappy, farmers enraged over cattle deaths due to LSD

Over the past few months, things have only gotten worse for the Thakur government. The state has been witnessing an agitation by fruit growers in its higher reaches which could impact the outcome of elections in at least 21 constituencies. Coming together under the banner of Sanyukta Kisan Manch (SKM), these fruit growers have made 20 demands of the government, which are yet to be met.

The farmers’ collective is also leading a protest in the state against the manner in which the government failed to tackle the outbreak of lumpy skin disease (LSD) that has affected and killed a large number of  cattle. The government has been accused of not declaring LSD an epidemic and not providing immediate compensation to the farmers, many of whom did not even have money to dispose of the carcasses properly.

With issues to corruption and mismanagement plaguing it, the Thakur government faces an uphill task in the upcoming polls, despite having a weak opposition. The factionalism within BJP can end up being the proverbial final nail.