Party bosses in Delhi betrayed their lack of skill and grit in taming defiant state satraps like Adityanath and Yediyurappa and feuding factions in Kerala and West Bengal.

When I wrote about the ‘Congressisation’ of the BJP in Business Standard on August 21, 1995, K.R. Malkani called it an exaggeration. This was around the time when the BJP was calling itself a ‘party with a difference’. The reference in my weekly column was to the revolts by leaders like Sunder Lal Patwa and B.L. Sharma over bogus membership and scattered protests within the BJP against imposing favoured leaders as nominees.

Twenty-six years after the Congressisation began, the BJP’s new brass has concluded another process – bureaucratising the party organisation. The whole set of party functionaries – from general secretaries to panchayat level leaders – have been turned into the prime minister’s foot soldiers. As Karnataka BJP chief whip V. Sunilkumar lamented, there exists no forum in the BJP where party functionaries are allowed to air their opinions.

Now all decisions are taken by a couple of party heavyweights, often on the advice of consultants. In post-democracy BJP, the only functioning organisational body is that of the office-bearers consisting of president J.P. Nadda, his nominated general secretaries and vice-presidents. The general secretaries report to Nadda or, at times, Union home minister Amit Shah. This change has taken place because the new party management matrix looks down at all deliberative platforms of internal democracy.

Also read: Why Is BJP Making it Seem Like Jitin Prasada’s Entry Is Such a Big Deal?

The devaluation of the party organisation is a major component in the post-democracy leadership’s new winning strategy. Under this new framework, the BJP’s organisation and its network of party cadres are just one of the many tools used to win elections. The leadership gives more importance to social media platforms, technology-driven outreach programmes and information management. The enforcement agencies also play a crucial role in effecting defections and taming rivals.

The office-bearers’ meeting of the BJP last weekend further illustrated how the bureaucratised party management system works. Today, the stock of the Modi government is at its lowest ebb. The backlash from the government’s mismanagement of the second wave of COVID-19 is harsh and with the death toll having crossed 370,000, the public mood has suddenly turned against the regime.  With shortages of vaccines and oxygen, petrol prices surging past Rs 100 and mounting unemployment, the situation appears to be particularly grim for the BJP, which has also suffered a severe drubbing in the recently concluded series of state assembly elections.

Uttar Pradesh, which is scheduled to go to polls early next year, has become such a serious point of concern for the party that the prime minister has convened special meetings to resolve the crisis. Amit Shah’s persona as a tough leader has been dented as Congress style faction fights are raging in several state units. Under normal circumstances, such adversities call for some introspection and quick action. The pre-Modi BJP used to debate such issues in the national executive, or at times at larger chintan baithaks (meeting for discussion). The new party management however looks down on deliberations.

This explains why none of the issues mentioned above were placed before the meeting of the office bearers. Held at Nadda’s Delhi residence – even though the BJP has a three-storied headquarters complex on Deendayal Upadhyaya Marg – much of the time at the meeting was taken up by presentations and homilies by the party president.

Present were presidents of the youth, farmers, women, OBC, SC, ST and minority morchas. However, the meeting was not held to facilitate meaningful interaction or seek feedback from the general secretaries in charge of states. Instead, the participants were given a set of programmes that had to be pursued over the next few months. The most important decision was to involve party workers in COVID-19-related relief efforts. The party chief also dwelt on the details for providing training to one lakh BJP workers.

Also read: The Modi Cult Is Far From Finished

True to the new style of party management, overriding importance was given to a meeting with the prime minister at the latter’s official residence. But there was hardly any ‘interaction’ at the Sunday meeting. Nadda and his colleagues heard Modi explain the challenges facing the government and the opposition’s bid to tarnish its image. He asked them to strive hard to motivate the BJP’s cadre and reactivate the party morchas.

Modi also cautioned against repeating old mistakes. And with this, the specially called office bearers’ meeting came to an end. The change of leadership in states or the growing dissidence against local leadership did not come up for discussion at all at the meeting.

And this is the realm where CEO-style party management flounders the most. Amit Shah’s circle, adept in staging massive political operations with military precision and engineering defections from the opposition, fumbles when it comes to dealing with the growing internal slugfest within the party’s state units. For over a year, the detractors of Yeddiyurappa have been engaged in the worst sort of mudslinging. 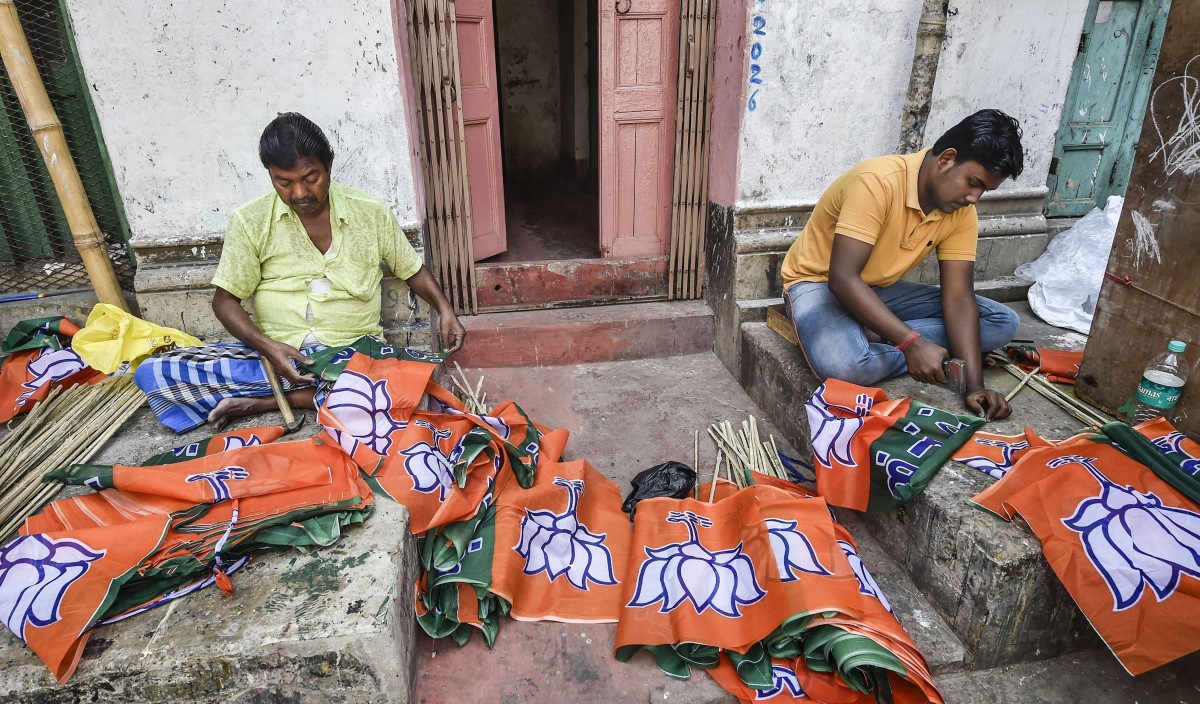 This has greatly damaged the BJP government’s image. The problem for the BJP high command is that a marching order to Yediyurappa would entail the loss of its only government in south India. This week, Yeddiyurppa did offer to obey whatever decision the high command would take. But it was followed by a veiled warning by his camp that it enjoyed the support of 65 out of 117 BJP MLAs.

The dilemma is far worse in Uttar Pradesh. This March, after a quick review of the political situation, the Amit Shah-Nadda duo ordered the removal of Trivendra Singh Rawat as Uttarakhand’s chief minister. The decision came out of the blue and most leaders were unaware of the political undercurrents that led to the move. In his place, Tirath Singh Rawat was installed as chief minister on March 16.

However, such a gambit will not work in UP. Yogi Adityanath is not someone who can be easily dispensed with. Dealing with such a complex situation calls for considerable political savvy and skill – something present BJP managers lack. In contrast,  Atal Bihari Vajpayee had a set of troubleshooters like Pramod Mahajan, Jaswant Singh and George Fernandes ever ready for any mission.

The Congress, known for its factionalism, followed a more acceptable course of action. When things spiralled out of control in a state, the high command would send observers to try and settle disputes. If that failed, they would interview individual MLAs and record who had the maximum support and the mantle would subsequently fall on that person. The Congress or BJP have never previously resorted to the manner of summary dismissals and appointments as recently evident in Uttarakhand.

Furthermore,  the inaction in West Bengal and Kerala is telling. BJP’s West Bengal unit has been in turmoil with a reverse exodus of party members to the TMC. Leaders have blamed one another for the recent electoral defeat. There were no efforts by the Delhi leadership to provide them with self-confidence. Many senior leaders also boycotted the first review meeting of senior leaders called this week. To add to the confusion, while the meeting underway in Kolkata, opposition leader and Delhi’s new blue-eyed boy Suvendu Adhikari was away in the national capital meeting Amit Shah.

In Kerala, the BJP has been in the thick of a massive fund fraud and allegations of bribery. Right from April 24, every day new details of a heist involving BJP’s poll funds emerge. Rival factions have leaked stories against colleagues. All this has further sullied the party’s image among the public. The only action Delhi took, in true bureaucratic style, was to seek a report from metro man E. Sreedharan and two others on the happenings in the state.