Despite Widespread Discontent, Urban Gujarat Is Likely to Stand Behind BJP

The note ban followed soon after by the new tax regime have hit the predominantly mercantile state hard, but the urban voters still cannot see themselves siding with the opposition. 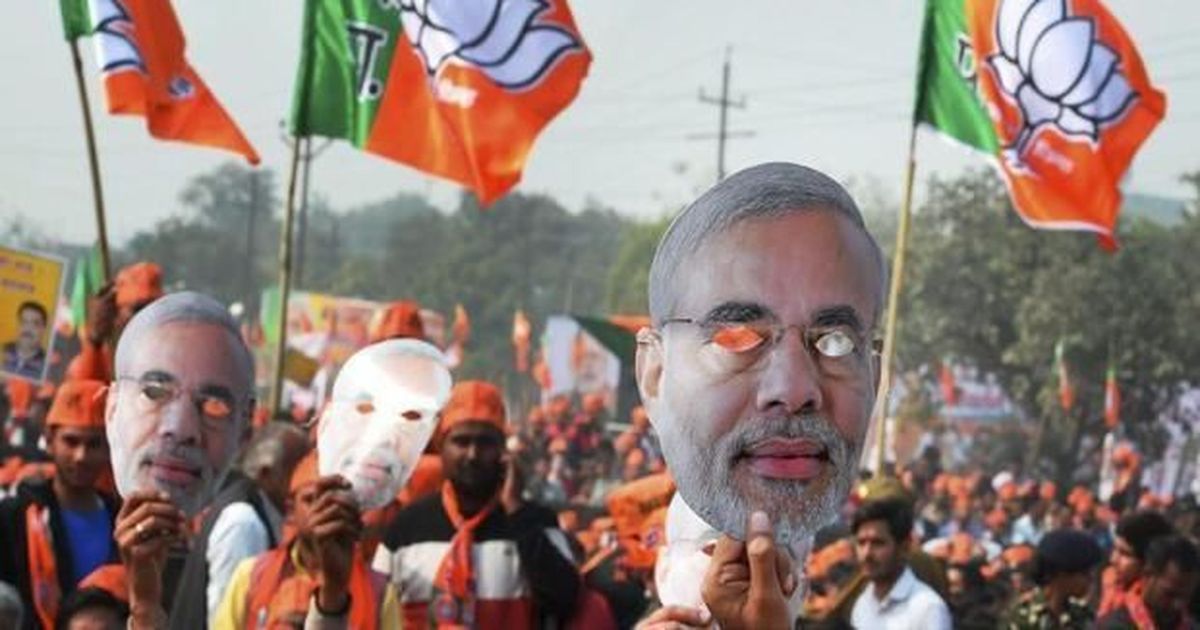 Anil Dave* is mighty upset with the Narendra Modi government. A top corporate executive and a resident of Ahmedabad for the past 25 years, Dave still cannot get past the hindrance caused by the new tax regime. “I went to a sweet shop to buy a different kind of sweets for Diwali gifting. Imagine my shock when I found that different sweets – like those made out of khoya, milk and besan – had different GST (Goods and Services Tax) rates. The shopkeeper was confused and so was I after the exercise which took a huge amount of time,” he says. Although courtesy the forthcoming Gujarat elections the government is bending over backwards to revise GST rates, the angst of people like Dave remains.

“Gujarat is essentially a mercantile state. The procedure for filing GST returns has caused a lot of unnecessary headaches for traders. Traders are angry. They have wasted so much time. Medium-scale and small-scale industry and export sectors – which are the mainstay of Gujarat – have been the most affected,” Dave adds. Yet the irony is that folks like Dave cannot see themselves voting for the opposition Congress. “Narendrabhai’s successors in Gujarat have proved to be incompetent but he has raised the stature of Gujarat. The prime ministers of Japan and China coming to Ahmedabad… has this happened before? We are very proud of this as well as the fact that the first bullet train in India that will run from Ahmedabad to Mumbai,” says Bharat Bhatt*, a physician.

Though folks like Dave and Bhatt are not inclined to vote for the Congress, they also feel that in spite of “all his good work”, Modi and his associates have “become arrogant”. Thus, they say, there is need to bring them down a few notches. “They won 117 seats out of 182 seats last time. They should be brought down to a simple majority. Anything between 95 to 100 seats should be good, that will be a reality check for them,” says Dave. “If this happens, the BJP will not take us for granted.”

In all other states, the urban voters are the harbingers of change but in Gujarat, they still seemingly stand behind the BJP, and the saffron party is seen as best articulating the concerns of the well-to-do middle class. Sociologists say that in Gujarat, the urban middle class (basically, higher castes) to a large extent defines the socio-cultural mores and even the political culture of the state, and have disproportionate influence over others. “This should be music to the ears of the BJP,” says Ahmed Ali*, a Congress supporter who points out that urbanisation in Gujarat at over 40% is high and this will work to the advantage of the saffron party. “Yes, there is no diminution of BJP support in big urban centres. As if the DNA of the urban middle class and the BJP is in sync,” says Rohit Khanna*, an out-of-state academic who has lived in Gujarat for the last two decades. 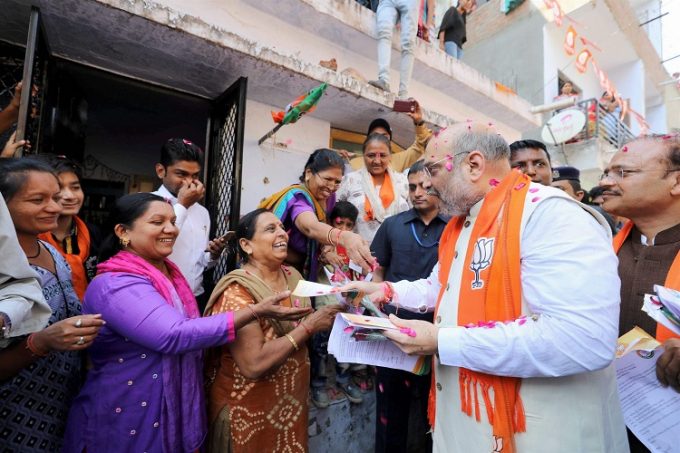 But Devesh Gandhi, a leading journalist, disagrees. He believes that the BJP rules strong, only in the big cities of Ahmedabad, Vadodara and Surat. In smaller urban areas the BJP support base has been chipped away. He points out to Rahul Gandhi’s rallies in Mehsana, which seemed to show that all is not hunky-dory with the BJP. Ahmedabad, Vadodara and Surat account for about 40 seats in the legislative assembly. But BJP is not taking things for granted, presumably because they perceive that the tide can turn. Thus, two Union cabinet ministers Smriti Irani and Nirmala Sitharaman have over the last few days been doing door-to-door campaigning in Ahmedabad. Over the next few days, more central ministers are likely to be seen traversing the lanes and by-lanes of Ahmedabad. HRD minister Prakash Javadekar is already campaigning in Saurashtra and may move to Ahmedabad.

Gujarat chief minister Vijay Rupani – although himself contesting from a seat in Rajkot – opened his election campaign for this season last week in the Jamalpur-Khadia seat in urban Ahmedabad. Defence minister Sitharaman had been brought to cajole Tamil voters (she herself is Tamil) in Modi’s erstwhile assembly constituency of Maninagar. Analysts said that this indicates the BJP is feeling the heat and is not leaving anything up to chance.

Also read: With No Jobs in Sight, How Vibrant Is Gujarat Really?

Jay Chandiramani*, a Sindhi businessman who has lived in Ahmedabad all his life, however, avers that “things are different this time.” He says that the public is openly expressing their support for BJP but may vote differently. “There is an atmosphere of fear and not everybody speaks the truth,” Chandiramani says. “The common people are in fear but the organised groups have been influenced by Modimen. Top corporates, the press and other influential sections are all under the grip of Modimen. If BJP is so powerful, why are all the central ministers – some with no contacts with Gujarat – here?” the businessman asks. Other than Gandhi, former Rajasthan chief minister Ashok Gehlot and former finance minister P. Chidambaram have been seen in Ahmedabad and other urban centres. Former Prime Minister Manmohan Singh has also paid a visit to urban Gujarat where he described demonetisation as organised loot.

In Surat city, BJP campaigners have had trouble in areas which are dominated by Patels from Saurashtra. In fact, just two months ago, BJP president Amit Shah’s rally was disrupted by Patels owing allegiance to Hardik Patel’s outfit in Surat. Last week, BJP campaigners including the local MLA and the city’s mayor were prevented from canvassing in some Patel-dominated localities in Varachha areas and were met with counter sloganeering. Traditionally, these localities have been BJP strongholds.

Now the BJP in an effort to ensure that they don’t lose traction in the city that has a sizeable Muslim population is importing activists from the party’s minorities morcha in Mumbai. “A 100 Muslim activists will canvass with the Muslims of Surat, “said a source.

Most analysts expect things to heat up in the next few days. Modi will start electioneering and is planning to hold major road shows in Ahmedabad, Rajkot, Vadodara and Surat. “This can electrify the voters because Modi has the gift of the gab and has a way with his words,” says a senior journalist adding that: “Rahul’s yatras have been good and it is not a cakewalk for BJP as of yet. But we have to see how things change in the next fortnight.”

Most analysts believe that various parties will employ dirty tricks as the elections inch closer in order to raise the communal temperature. Some have already made an appearance, including posters put in Paldi area of Ahmedabad which is predominantly a Hindu and a Jain locality where some Muslims also live. The poster (that was removed after a few hours) warned that Paldi could well be turning into Juhapura (a Muslim ghetto). Another poster in Amraiwadi area of Ahmedabad asked voters to choose between RAM and HAJ. The former is coined from the initials of Rupani, Shah and Modi. The latter is coined from the initials of Patel, Alpesh Thakore and Jignesh Mewani.