With Farm Law Repeal, BJP Tries to Pivot UP Polls Back to Communal Issues From Livelihood Concerns

With its rallies drawing lacklustre crowds, there are signs that BJP could fall back on its time-tested method of raking up communal fervour to polarise voters to its advantage. 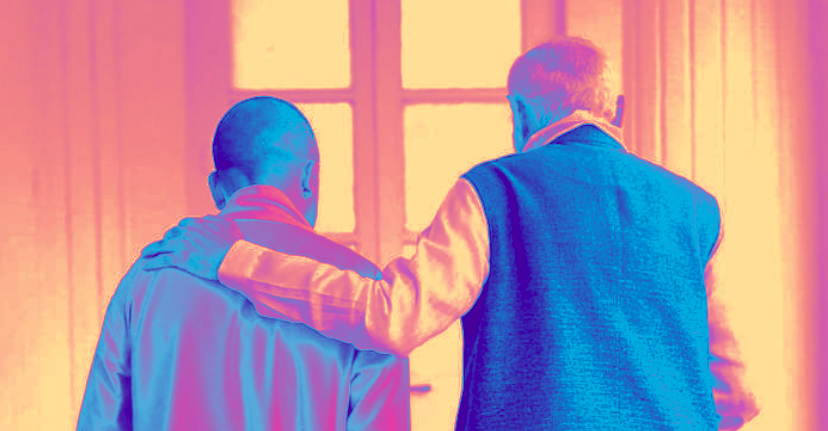 New Delhi: Anticipated losses in the upcoming assembly polls in Uttar Pradesh because of growing discontent among farming communities are believed to have triggered Prime Minister Narendra Modi’s decision to rescind the contested farm laws.

The crucial question, however, is whether it came too late in the day. The electoral momentum will soon reach its peak in the state as parties have already started campaigning extensively. In this scenario, Modi’s decision to revoke the laws will naturally be seen as an electoral choice instead of a reflection of any real empathy for farmers’ problems.

Successive developments in India’s most-populous state throws light on why Modi was forced to take the decision, despite the fact that his government had mostly been reticent in heeding farmers’ unions over the last year.

The most significant of these developments are how the opposition parties, especially Samajwadi Party and Congress, have pivoted the election campaign towards fundamental issues like unemployment, price rise, and women’s safety, along with chief minister Adityanath’s alleged authoritarian decisions to clamp down on any form of dissent. Most recently, the ruling BJP has struggled to gather crowds for even the prime minister’s airport inauguration at Kushinagar and the Purvanchal Express highway inauguration at Sultanpur. The opposition raised a hue and cry over the use of the state’s transport corporation buses to bring in people from various districts for the event.

At the same time, state media highlighted the phenomenal response the SP president and former chief minister Akhilesh Yadav’s rallies received in the ‘Samajwadi Vijay Yatra’ rallies. Thus, the largely spontaneous crowd at his rallies was pitched against BJP’s forced mobilisation of people at the PM’s rallies.

In terms of electoral optics, this was not something the BJP could have enjoyed.

Gorakhpur-based senior journalist Manoj Kumar Singh says, “The success of the opposition parties in dominating the political narrative on livelihood issues ahead of the elections has been bothering the BJP, which has been trying to offset anti-incumbency sentiment in the state. The poor turnouts in the PM and CM’s rallies appears to be a flashpoint behind the decision to repeal the farm laws.” 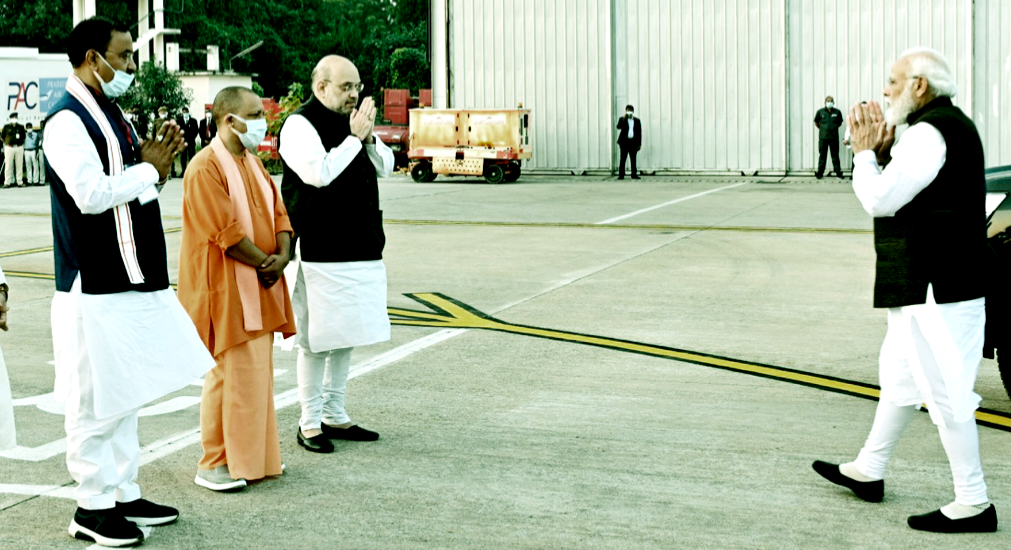 In the 2014 parliamentary polls and the 2017 assembly polls, the saffron party could drive the political narrative in the state, while the opposition parties struggled. BJP’s campaign was a mix of development-oriented rhetoric with heavy doses of Hindutva. Its political pitch successfully polarised the electorate on religious lines, while also alienating the Yadavs against other OBC groups and the Jatavs, against other Dalit groups. The consolidation of the numerically heavy non-Yadav, non-Jatav, and ‘upper’ caste groups in favour of BJP helped it amass a massive majority.

However, almost back-to-back incidents like the alleged fake encounter of the Brahmin gangster Vikas Dubey, the Hathras gang-rape and brutality, leading to the death of a Dalit teenager, the alleged mowing down of protesting farmers at Lakhimpur Kheri, and other such incidents helped the opposition parties force the Adityanath government into an aggressive political debate.

Not only did they highlight the apparent authoritarian measures of the chief minister, but also pointed out the state’s failing public infrastructure.

Then, Adityanath government’s poor management of the coronavirus pandemic and its subsequent failure to contain deaths induced by the dengue outbreak became talking points, with opposition parties pointing at the state’s healthcare vaccuum. All the while, opposition parties aired concerns over employment, pension, price rise, shortage of fertilisers, low sugarcane prices – all of which affect various caste groups in one way or another.

A range of such factors helped the opposition parties present an inclusive development agenda that looked different from the BJP’s in both tone and tenor.

The Samajwadi Party, meanwhile, also attempted to shed its Yadav-centric perception by initiating ties with smaller parties like the Jayant Chaudhary-led Rashtriya Lok Dal, Om Prakash Rajbhar’s Suheldev Bhartiya Samaj Party, the Mahan Dal led by Keshav Dev Maurya, and Sanjay Chauhan’s Janwadi Party (Socialist) – all of whom have some degree of influence in the state and are centred around single-caste groups. Akhilesh Yadav has also managed to poach influential leaders from the Bahujan Samaj Party, like Lalji Verma, Ramachal Rajbhar, Ram Prasad Choudhary and others, and some others from the Congress.

SP’s outreach to non-Yadav and non-Jatav leaders in UP against a larger campaign on livelihood issues has not only helped it broaden its social base but also position itself as the primary challenger to BJP.

Various surveys have been pointing out that the upcoming elections may inch closer towards a bi-polar contest between BJP and SP. In such circumstances, the BJP with the numerically-strongest electoral base until now, has enough reasons to worry. The party had benefited immensely from a four-cornered contest that resulted in a division of opposition votes. Any consolidation of opposition votes in favour of SP will make its electoral prospects grimmer.

Moreover, even as the SP’s political umbrella is expanding, the high-pitched Congress campaign may also dent the BJP’s traditional support among the upper castes and a few Dalit groups. Any increase of the Congress’s vote share will directly be at the cost of the BJP, political observers in Uttar Pradesh believe. 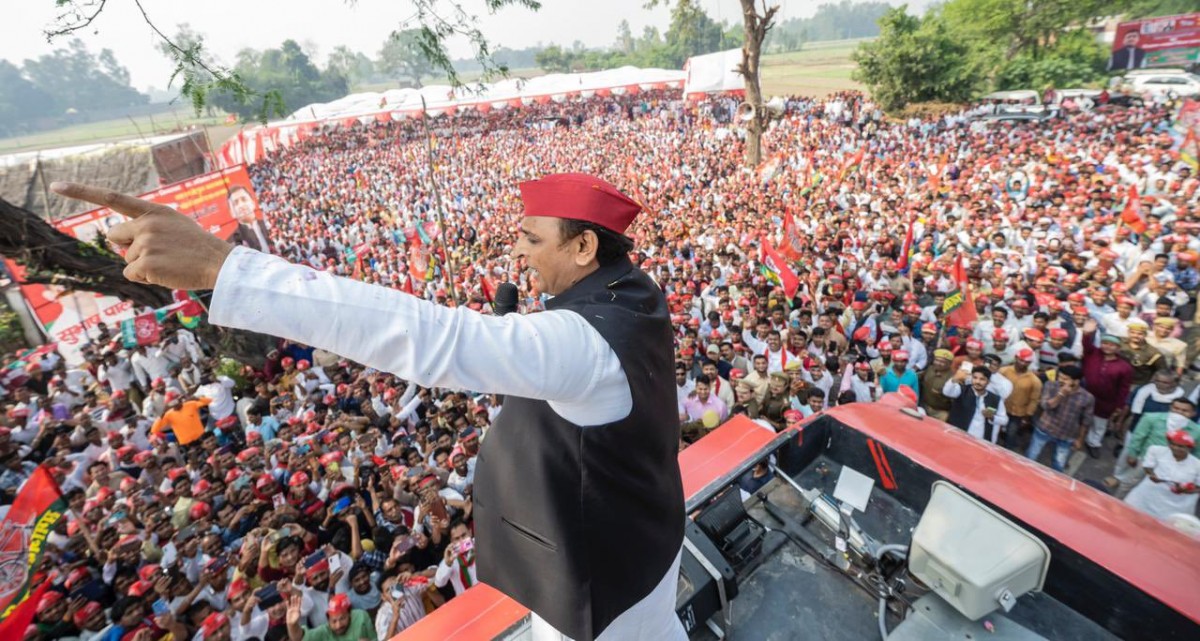 Over the last few months, the BJP has been trying hard to offset the emerging bi-polar electoral equations but has largely failed. The party has showcased new road infrastructure, opening of medical colleges, and a general improvement in law and order situation under Adityanath’s rule. More recently, it has focused on the free ration scheme and cash transfer to the poor introduced jointly by the Union and state government. At the same time, its rank and file has attempted to create a fear of Muslim- and Yadavs-led aggression in case BJP is ousted from power.

However, none of these appears to have stuck with people like the BJP would have wished for. Amidst rising voices from the opposition, BJP’s campaign has had only a lacklustre appeal. So much so that its tried and tested plan of communal polarisation has also not worked according to expectations.

In recent times, many BJP leaders, including the chief minister, have attempted to paint Akhilesh as a leader steeped in the politics of alleged ‘minority appeasement’. Adityanath’s remark that Akhilesh’s (rather gentle) comment on Jinnah also reflected his “Talibani mindset” was a part of BJP’s design.

Similarly, UP BJP chief Swatantra Dev Singh tweeted a video clip of Akhilesh’s interview and said: “The love for Jinnah is intact. @yadavakhilesh ji you want to read history books of India or Pakistan?” UP’s minister of state for parliamentary affairs Swaroop Shukla went on to brand Akhilesh as a Pakistani spy agency ISI’s agent.

Such an acrimonious campaign against Akhilesh, surprisingly, was over the SP leader’s matter-of-fact comment that leaders like Mahatma Gandhi, Jawaharlal Nehru, Sardar Patel and Muhammad Ali Jinnah went to the same college in the UK and had played a role in India’s freedom struggle.

Despite its desperate efforts to deflect the election campaign towards a more communally-charged environment, the saffron party until now has been largely unsuccessful in driving the political narrative this way.

Its formidable bastion western Uttar Pradesh, where it has been reaping the benefits of Jat-Muslim polarisation, has fallen. The farmers’ movement has brought the two communities together to a large extent, because of which BJP faces a tough challenge in at least 40 of the 100 seats in the region where the two communities outnumber others. The signs of coming together of Jats and Muslims forced the BJP to work out an alternative polarisation tactic that is to pitch the dominant Gujjars, perceived as loyal to the BJP, and other smaller groups against Jats. 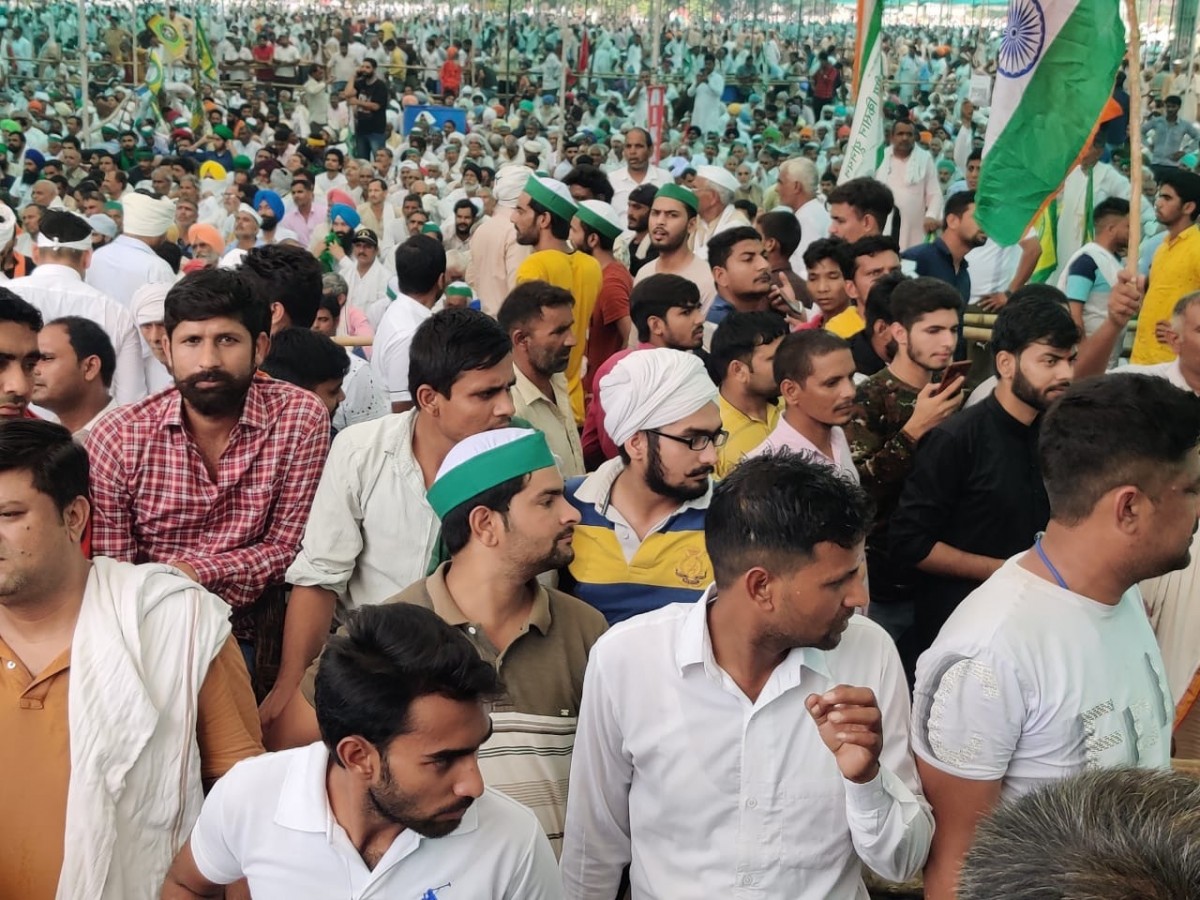 Local Jats and Muslims came together at the kisan mahapanchayat in Muzaffarnagar in September. Photo: Ismat Ara

However, Adityanath’s political faux pas also undid the tactic before it properly took shape. In September, Adityanath unveiled a statue of ninth-century king of the Gurjar-Pratihara dynasty Mihir Bhoj in western UP’s Dadri. However, Gujjars soon started agitating against it as the caste title of the monarch was missing in the statue. This absence was seen by Gujjars as an affront to the community. The leaders of the community in a Mahapanchayat spoke about the episode as a deliberate attempt by the chief minister to appropriate their cultural heritage and appropriate Raja Mihir Bhoj as a Rajput, the caste group to which Adityanath belongs.

Similarly, the BJP also attempted to pitch Sikhs against Hindus in the aftermath of Lakhimpur Kheri’s ghastly incident. All protesting farmers who were crushed by the convoy of cars allegedly led by the BJP’s union home minister Ajay Mishra’s son were Sikhs. Dreading electoral losses in the Terai region and parts of Awadh, the BJP tried to consolidate Hindus against Sikhs but the farmers’ leaders soon defused tensions in the area and the polarisation failed to fructify. In eastern UP regions, Adityanath hasn’t found much support from the BJP leaders, observers believe. The influential Brahmin community see the chief minister as a Rajput despot more than a BJP leader.

“The notion that Modi and Yogi are in opposite camps, and do not like each other has taken deep roots in most parts of the state. Some even speculate that Modi would benefit without Yogi in power in the 2024 parliamentary polls. Such a perception among BJP rank and file and also among commoners do not bode well for the saffron party,” a political analyst in western UP, who requested anonymity, told The Wire.

A BJP mid-level leader told The Wire that the party is currently confident about its electoral prospects only in Bundelkhand and parts of central UP, while in other parts its strategies haven’t worked according to its will.

Against such a political backdrop, Modi’s decision to repeal the farm laws appears to be more like a last ditch effort to contain its downward spiral in the state. The electoral battle in UP is a prestige battle for the BJP.

With the sudden announcement to roll back the farm laws, BJP has attempted to shift the focus away from Adityanath towards Modi, who has proven to be the single-biggest attraction among voters in the last few elections.

The spotlight on Modi, the BJP expects, will help it salvage most of its predicted losses.

The recent photographs released by BJP in which Modi is seen advising Adityanath as both of them walk through the same corridor, project a united family, and on the other register Modi’s supremacy in the party unambiguously.

The U-turn on the farm laws also appear to be part of BJP’s desperate attempt to hijack the political narrative from the opposition parties, and anchor it away from livelihood issues and towards communal polarisation. UP-based observers believe that Modi’s decision may help the BJP counter opposition moves, and pacify the non-dominant caste groups which appeared hesitant about their support to the saffron party.

However, they also foresee a spike in communal clashes in the days to come.

“Had Modi announced a roll back six months ago, the party could have benefitted electorally. But now it is being perceived purely as an electoral decision. It may help the BJP contain the anger of some communities but only marginally,” says Lucknow-based senior journalist and political analyst Sharat Pradhan.

However, with this last-minute attempt to placate the electorate, the BJP will depend heavily on religious polarisation. It has no other plank left in its basket. “The state is most likely to witness an escalation of communal incidents and an increase in anti-Muslim campaigns, in the days to come,” he adds.