In Tonk, BJP Divided Over Muslim Candidate, But Path Not Easy for Sachin Pilot Either

Reports suggest that BJP workers in Rajasthan's Tonk are unhappy with Yunus Khan’s candidature because it erodes the party's Hindutva ideology.

A banner hanging at the venue where Sachin Pilot spoke.

Tonk, Rajasthan: As one enters Tonk, statues of cows installed a few months ago, announce the Bhartiya Janata Party’s Hindutva agenda loud and clear. This becomes increasingly relevant in a communally-sensitive constituency that has recently witnessed a shift in the party’s strategy of not giving a ticket to any Muslim candidates.

Breaking the decade-old code in Tonk, the Congress has given the ticket to a Hindu candidate, Sachin Pilot, and BJP to a Muslim candidate, Yunus Khan. This contest has many communal layers to it. 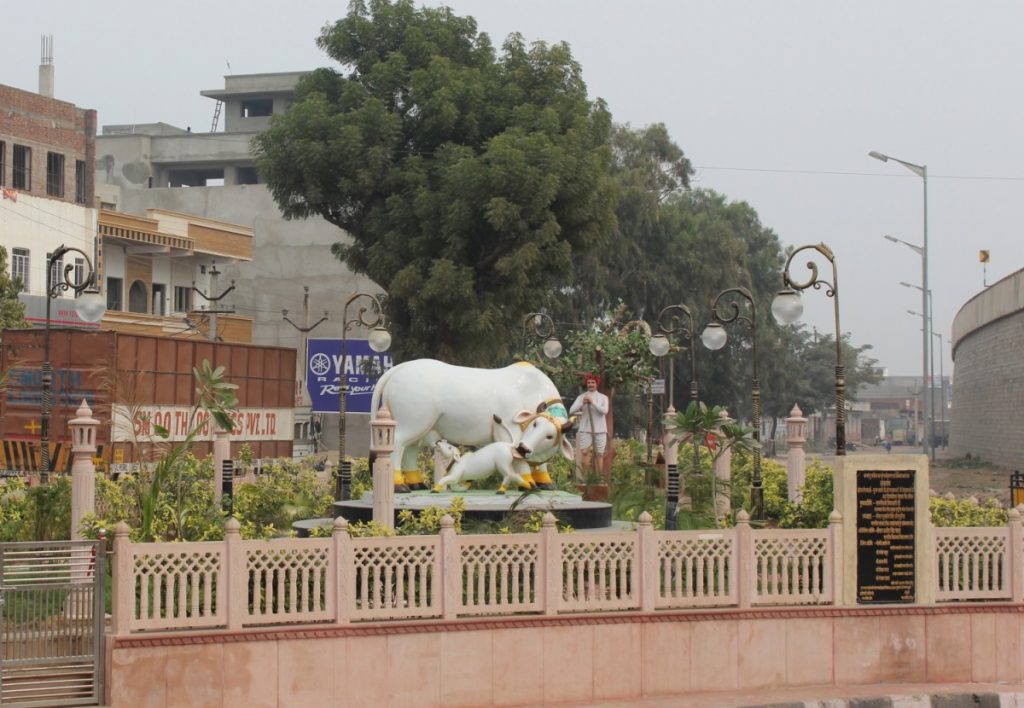 Statue at the entrance of Tonk.

Since the day he filed his nomination, Khan has been constantly campaigning in Tonk, not stepping away from the constituency for even a single day. The Wire spoke to Khan during his campaign in Arniya Mal village.

“The BJP has indeed changed its strategy, but only for this seat. I’m the only face in the BJP that can pull the Hindu as well as Muslim votes. See, while campaigning, I’m meeting people from both communities in mandirs well as the masjid.”

While Khan is putting in extra effort to win over both communities, the message his campaign is spreading across the Muslim community might have dire consequences on his prospects of winning.

Each time Khan goes to a temple or meets a Hindu religious leader, the Muslim community in Tonk receives pictures of him performing prayers in temples on WhatsApp with a message reading: “Janab Yunus Khan ko bhaari mato se harayein (Defeat Yunus Khan with a considerable amount of votes).” 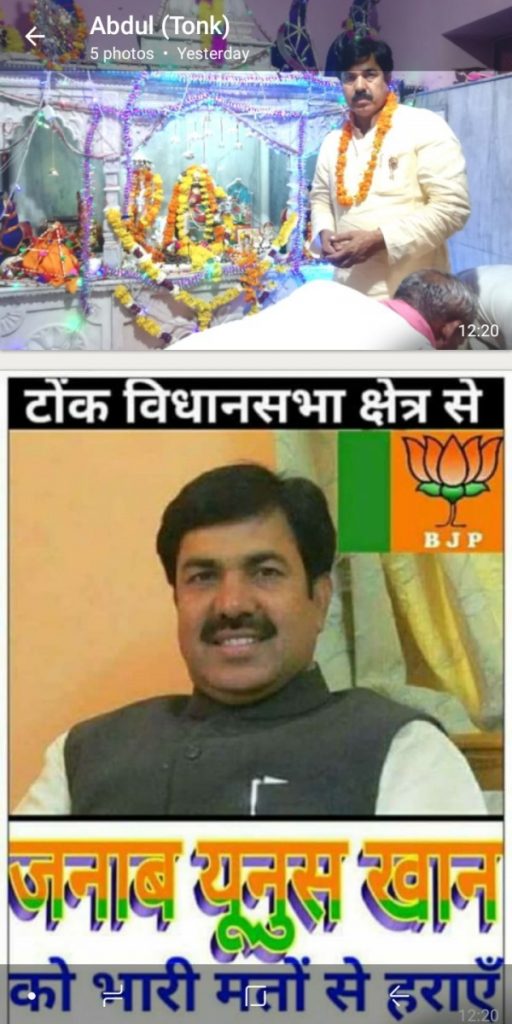 WhatsApp forward against Yunus Khan doing the rounds in Tonk.

Khan only visits the Muslim pockets in Tonk at midnight. “Yes, I go to the Muslim areas at night to ‘brainwash’ them. Even if I get five to ten thousand Muslim votes, I will manage a thumping victory.”

However, these meetings are often spoiled when he broaches the mandir-masjid issue. In his recent meeting at Kafla, he allegedly mentioned that “If a mandir is made, so will a masjid,” which made the attendees disperse in frustration.

“When we see him praying in temples, it neutralises the fact that he is a Muslim. During his last meeting in Kafla, he brought up the issue of the mandir, which made our people very angry. We show him support when he comes here, but our vote will go only to the Congress,” Abdul, a local resident of Tonk told The Wire.

There are also reports that the BJP workers in Tonk are unhappy with Khan’s candidature. The reason being that Hindutva ideology – the basis on which they have been seeking votes for all these years – has suddenly become immaterial in the constituency.

Sitting BJP MLA Ajit Singh Mehta, who was denied a ticket from Tonk, is accompanying Khan on his campaign trail, but seems reluctant to speak in his favour. “It was the party’s order [to give the ticket to a Muslim candidate]… That’s why we are working [campaigning for Khan]. Initially, we thought we would lose but the prospects [of winning] are improving now.”

Recently, retired roadways employees in Tonk rallied against Khan, who is also a transport minister in the Rajasthan government, for not responding to the demands they made during a month-long strike in September.

What is at stake for Sachin Pilot?

It is believed that initially, Sachin Pilot did not plan on contesting the upcoming assembly elections. At the same time, however, he was also surveying seats in Rajasthan in the event that he had to – something which eventually happened.

Tonk was one of the seats in his survey list where he was assured of support from Saud Saidi – an independent candidate who was the runner-up in the preceding election and is also said to be Pilot’s family friend.

The duo was expecting the Muslim, Gurjar and Scheduled Caste votes in their favour, but the BJP’s decision to change its candidate in Tonk to its sole Muslim candidate – Yunus Khan, might compromise their Muslim vote share now.

Sachin Pilot is one of the front-runners for chief ministership in Rajasthan and is contesting his first assembly election. If he loses this seat, he will be out of the runnings and his political posturing might take a back seat.

There are rumours that a 2008-like situation might emerge for Pilot. In the 2008 assembly elections in Rajasthan, C.P. Joshi, who was then the president of the Rajasthan Pradesh Congress Committee and also a front-runner for the chief minister’s post, lost to his counterpart by one vote. This led to Ashok Gehlot becoming the chief minister as Congress returned to power.

The present circumstances reveal that relations between Gehlot and Pilot are not normal. While Gehlot is moving around the constituencies to support the party’s candidates, so far, he has not visited Tonk in Pilot’s support. 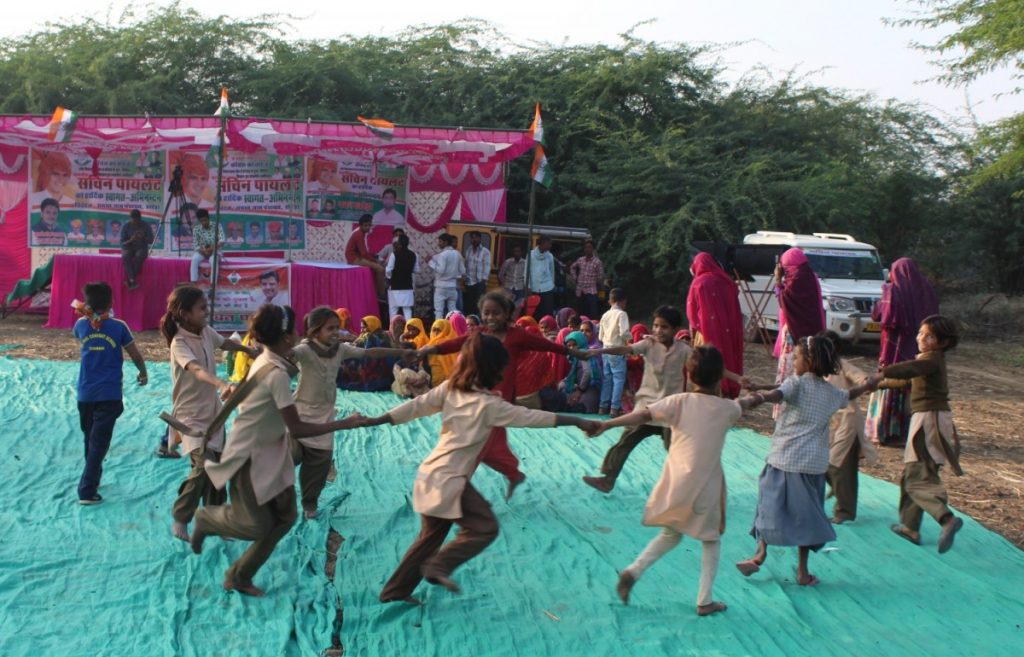 So far, Pilot is traversing the contest very intelligently. During a campaign in Kareda village, he said, “I’m waiting till the time when Yogi Adityanath comes here [Tonk] and asks for votes for his party’s candidate [Khan]. But he wont do so because they contest elections over the mandir and masjid, not on issues like electricity, water and roads.”

All photographs by Shruti Jain.