With Polls Imminent in Assam and Bengal, BJP Is Now Dragging Its Feet on the CAA

The Ministry of Home Affairs has twice sought an extension for framing rules with regard to the implementation of the Citizenship Amendment Act.

Kolkata: Bengal’s food minister and a top leader of the state’s ruling Trinamool Congress (TMC), Jyoti Priya Mallick, on December 4, in the district of North 24-Parganas where a majority of the Dalit refugee sect Matuas reside, gave an open invitation to BJP’s MP from Bongaon and a top leader of the Matua community, Shantanu Thakur, to shun his party and join the TMC.

Mallick’s invitation to Thakur, in particular, was not without a reason. Thakur, who defeated his aunt Mamata Thakur – the incumbent TMC MP from Bongaon – to make his way to the parliament in 2019, has been mounting pressure on the BJP for the last few months over the delay in implementing the Citizenship Amendment Act (CAA) passed a year ago.

Thakur’s comments from at least two public speeches have been construed as threats to the saffron party of breaking away and launching a separate political outfit if the need arises.

On November 22, while addressing a public gathering under the banner of the All India Matua Mahasangha at Chakdah in Nadia district, Thakur said, “No political party should play with the Matuas. I am not talking about Mamata Banerjee alone. The Matuas are not begging. They have a small demand of citizenship. The CAA must be implemented at the earliest. No political party can be an opponent of the Matua Mahasangha. No party can be more powerful than the Mahasangha.”

“We are an independent political force of the future,” he said, among other things, and added “Wherever there is a Matua population, we will not reach out to any political party. We will take part in the elections keeping our rights, our demands in the forefront.”

A week later, while addressing a gathering at Bongaon, Thakur said that no political party had kept its promises and urged the Matuas to be prepared to act independently in future.

Both the districts of Nadia and North 24-Parganas share a border with Bangladesh and have a sizable refugee population, especially those from the Matua community, who originally hailed from the eastern districts of Bengal migrated to West Bengal, allegedly mostly due to religious persecution in East Pakistan, and later Bangladesh. The Mahasangha is the supreme religious body of the Matua community.

Also read: Why Scheduled Caste Refugees of Bengal Are Resisting CAA and NRC

Thakur leads one faction of the Mahasangha, which is the supreme religious body of the Matua community, while Mamata Thakur leads the other. Mamata Thakur has been campaigning against the CAA, alleging that the new piece of legislation will do the refugees more harm than good.

Thakur felt that framing the rules of the CAA is the only way the confusion created by the TMC can be dealt with. It is the rules that will describe the modalities for obtaining citizenship under this new legislation. 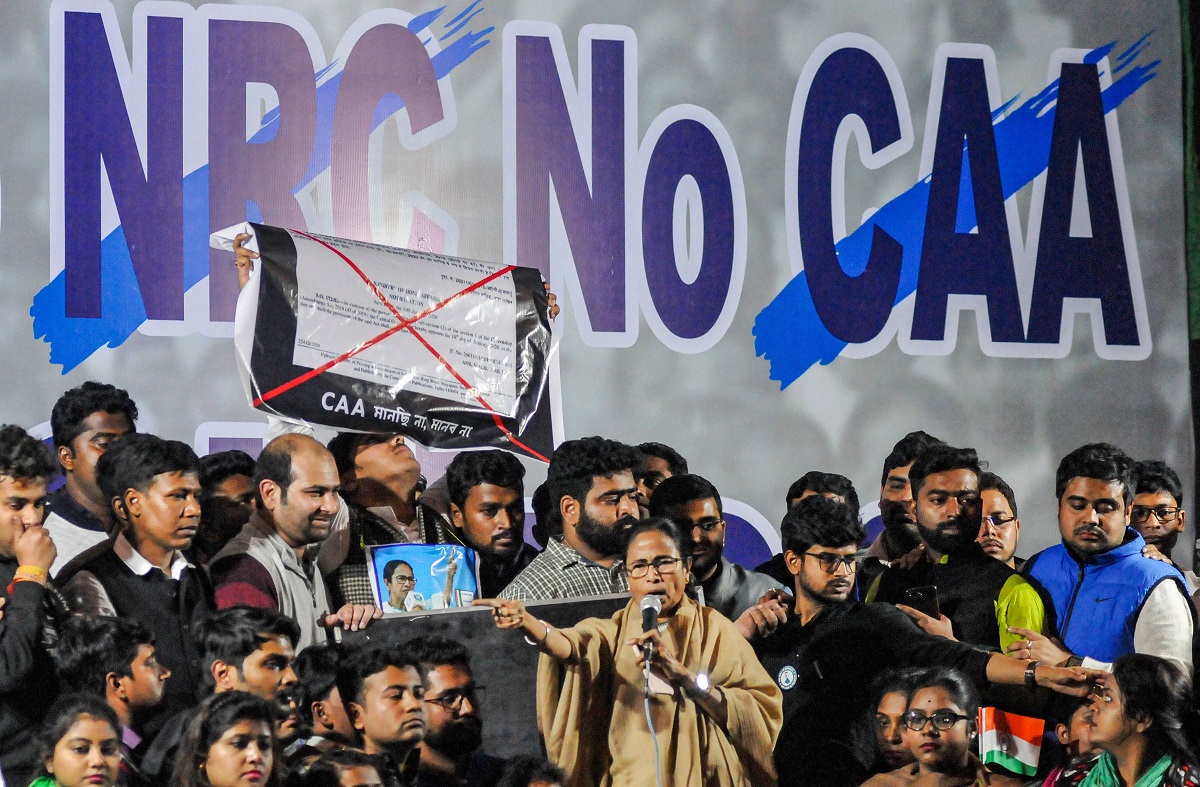 West Bengal CM Mamata Banerjee during a protest against CAA, NRC and NPR, in Kolkata, on January 11, 2020. Photo: PTI

The CAA was passed in the parliament on December 11 last year and got the president’s assent the very next day. However, without framing the rules, the legislation cannot be implemented. A gazette notification by the Ministry of Home Affairs said that the CAA came into force from January 10, which implies that the six-month period expired on July 10.

According to the Manual of Parliamentary Procedures in the Government of India, “Statutory rules, regulations and bye-laws will be framed within a period of six months from the date on which the relevant statute came into force.”

“The MHA sought an extension soon after I took charge and it has been granted,” said Balashowry Vallabbhaneni, who assumed the responsibility of the chairman of the standing committee on subordinate legislation, before which all such extensions are to be sought, on October 10.

Assuming that the MHA sought the extension in mid-October, it should end in mid-January. However, it can seek another extension.

In November, the BJP’s Bengal unit president Dilip Ghosh, while addressing a rally in Bongaon – in the conspicuous absence of the local MP Shantanu Thakur – had stated that the refugees from Bangladesh would get citizenship within a year. This statement had irked the Matua community leadership.

Shantanu Thakur, while addressing a rally in Bongaon on November 30, referred to the one-year timeline – without explicitly naming Ghosh – and said that the community did not need citizenship if it were to come so late. Later, BJP national general secretary and Bengal in-charge Kailash Vijayvargiya and national vice-president Mukul Roy said, at a rally in Kolkata, that the CAA rules would be framed by January 2021.

Speaking to The Wire, Mohitosh Baidya, the general secretary of the Matua Mahasangha faction led by Shantanu Thakur, said that the community members wanted the rules to be framed before the elections.

Baidya said that there are confusions about whether proof or evidence of birth place will be required and if self-declaring oneself as a migrant from east Bengal will have other legal implications, since many are enjoying social and governmental benefits declaring themselves as bona fide Indian citizens.

“If the rules are framed after the assembly elections and the community finds in harmful for them, we will be powerless,” Baidya added.

BJP national president Jagat Prakash Nadda said in Kolkata on October 19 that the framing of the rules was ‘under preparation’ and blamed the delay on the outbreak of COVID-19 in India.

Senior BJP leaders, some of who are based in New Delhi, told The Wire on the condition of anonymity, that the delay in framing the rules for the CAA was a result of the recent rapid developments in Assam, where assembly elections are scheduled to be held about the month before polls in Bengal, apart from litigations before the Supreme Court.

In Assam, over the last few months, anti-CAA movements have taken new political shapes against the ruling BJP-Asom Gana Parishad (AGP) coalition. All Assam Students’ Union (AASU), the same organisation that had launched the AGP in 1985, joined hands with Asom Jatiyatabadi Yuba Chatra Parishad to launch a new political party, named Assam Jatiya Parishad (AJP), in September. The AJP is going to hold its first political conference in Shivsagar on December 16 and 17.

Another group of anti-CAA organisations was formed in Assam in October, named Raijor Dal, with a vow to prevent the implementation of CAA.

AJP and Raijor Dal are in talks to form an alliance against the BJP-AGP coalition and the Congress. The AJP is reportedly also considering roping in political strategist Prashant Kishor for the polls. The AJP’s central plank for the election is opposing the CAA.

Incidentally, Kishor is also working with the TMC, which has made its stringent opposition to the CAA crystal clear. Kishor himself had taken a personal stand against the CAA, reflected in a series of tweets he had made in the immediate aftermath of the legislation’s passage.

“If the Kishor-AJP talks turn fruitful, we will have some complexities to deal with,” said a BJP leader who in the know of the situation unfolding in Bengal and Assam.

Adding to the complexities, several organisations of Bengali Hindus have gathered under the banner of the Bhartiya Gana Parishad (BGP), a political party representing Bengali Hindus, and have decided to field candidates in 60 assembly constituencies having a sizable Bengali Hindu population.

Also read: Interview: BJP Is on the Backfoot in Bengal, Says Activist Campaigning for Awareness on CAA-NRC

“We don’t want the CAA. First, the provision of self-declaration is a trap. Why should one enjoying the rights of an Indian citizen declare himself to be of foreign origin? And second, the CAA will intensify animosity between the Assamese and the Bengali people. We don’t want that either. All we want it the government to stop sending notices of doubtful citizenship and close down the detention centres,” said Shantanu Mukherjee of the BGP.

“Bengali Hindus voted en masse for the BJP and became the worst sufferers of its rule. It’s time the Bengali Hindus united against the BJP’s foul politics,” said Mukherjee.

“The Centre has to tread cautiously, making all preparations for any reaction that the framing of the CAA rules may trigger. We need to consider possible reaction in other northeastern states as well,” a senior leader of the BJP said.

The anxieties in Bengal

Losing patience due to the delay in the framing of rules, Manoranjan Basu, the general secretary of Bangiya Loko Kabi Sanstha, an organisation of orators of religious tales, filed an application under the Right to Information Act (RTI), seeking clarification and information.

“Their reply increased anxiety. They referred to a website, which mentions the requirement of evidence of parents’ place of birth and date of birth, which most of us would not be able to provide. We are also concerned about the implications of declaring self a foreigner,” Basu said, adding, if the CAA rules were not framed ahead of the Bengal assembly elections, the BJP’s electoral prospects were bound to suffer.

Basu also rubbished COVID-19 as a credible excuse for the delay, saying that more than a dozen legislation had been passed during the pandemic and their rules framed.

Another prominent pro-CAA voice is Subodh Biswas, head of the Nikhil Bharat Bangali Samanyaya Samiti. He has stood strong behind the BJP for its role in passing the CAA. “The BJP’s electoral prospects in Bengal would significantly suffer if they failed to frame the CAA rules and didn’t start granting citizenship under the new law before the assembly elections,” he told The Wire. 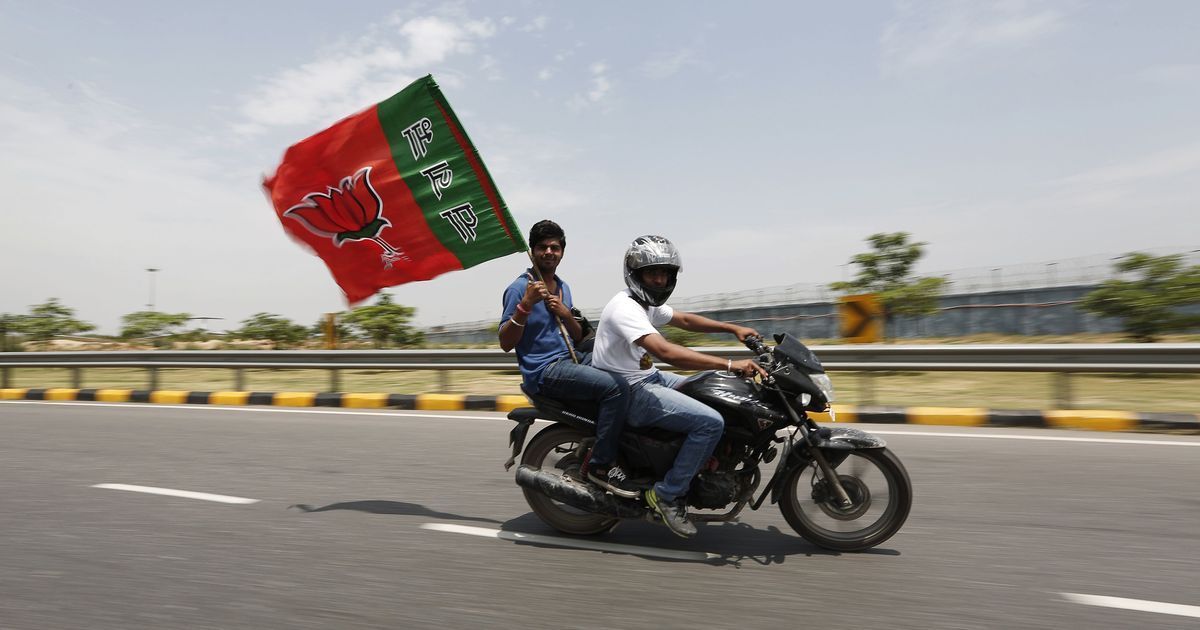 In the 2019 Lok Sabha elections, the BJP fared exceptionally well in West Bengal’s areas dominated by Hindu migrants from Bangladesh by promising to legalise illegal entries of all Hindus.

The legislation faced severe opposition from many of the BJP’s opponents, including the Congress, the Left parties and Mamata Banerjee’s Trinamool Congress (TMC). The West Bengal assembly had also passed a unanimous resolution against the CAA after it was passed by the parliament. There are several small groups campaigning against CAA in different parts of the state.

“We want unconditional citizenship to everyone born in India and we oppose CAA in its present form,” said Soumya Mandal of Damal Bangla, a rights group criticising the BJP’s policy on citizenship.

The TMC has maintained the stand that since all these migrants are voters and have other identity documents such as rational card, Aadhaar and PAN, they were all already citizens of India and needed no fresh citizenship.

“Our government is also handing over land documents to residents of refugee colonies. The land document will itself prove citizenship,” the chief minister said while addressing a public gathering in Bongaon on December 9.