With hopes of expanding in the region, the saffron party has ditched its partner Bodoland People’s Front. 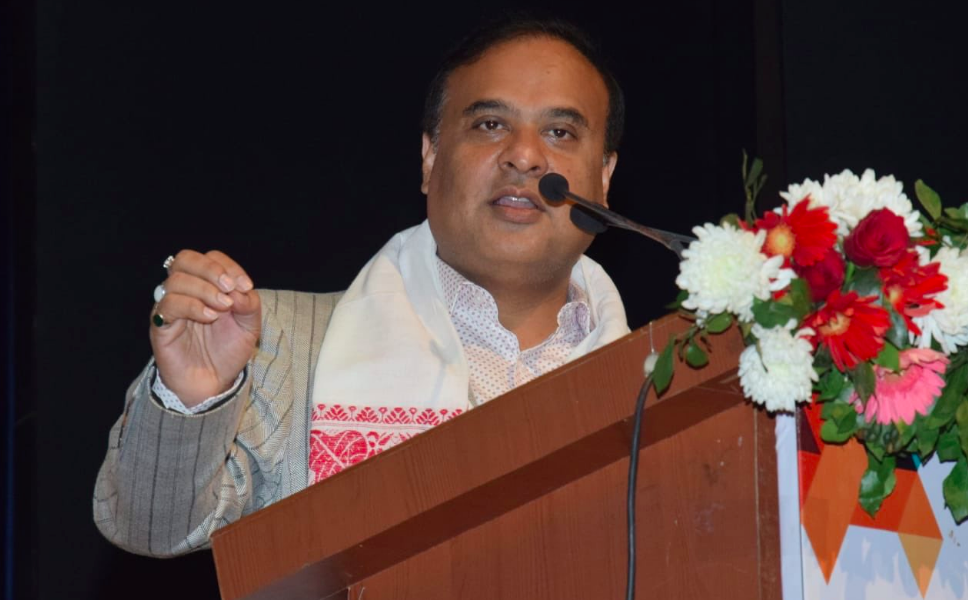 The campaign for elections to the Bodoland Territorial Council (BTC) is in full swing. But this time, it is attracting more eyeballs than ever, unlike the past three elections. The biggest reason for the same is the enthusiasm and aggression shown by senior BJP leader Himanta Biswa Sarma – considered the de-facto chief minister of the state by many – in the current elections.

Though partners in the state government, both the BJP and the Bodoland People’s Front (BPF) are contesting the local elections as bitter rivals with both Sarma and BPF leader Hagrama Mohilary taking each other on. The BJP has characteristically pumped money and resources into the election and has fielded candidates in 26 of the 40 council seats. Earlier, it said it would support an independent candidate in just one seat. But Sarma recently said that the party will be backing independent candidates in the remaining 13 seats as well. This means, the saffron party will be a player in all the seats of the BTC.

Since technically, the BTC is categorised as a local body (an enlarged district board but with special powers due to the sixth schedule of the constitution), many are surprised why the BJP is going to such an extent in a local body election. Understanding the complexities of politics in Northeast India becomes necessary before answers can be found to this question. 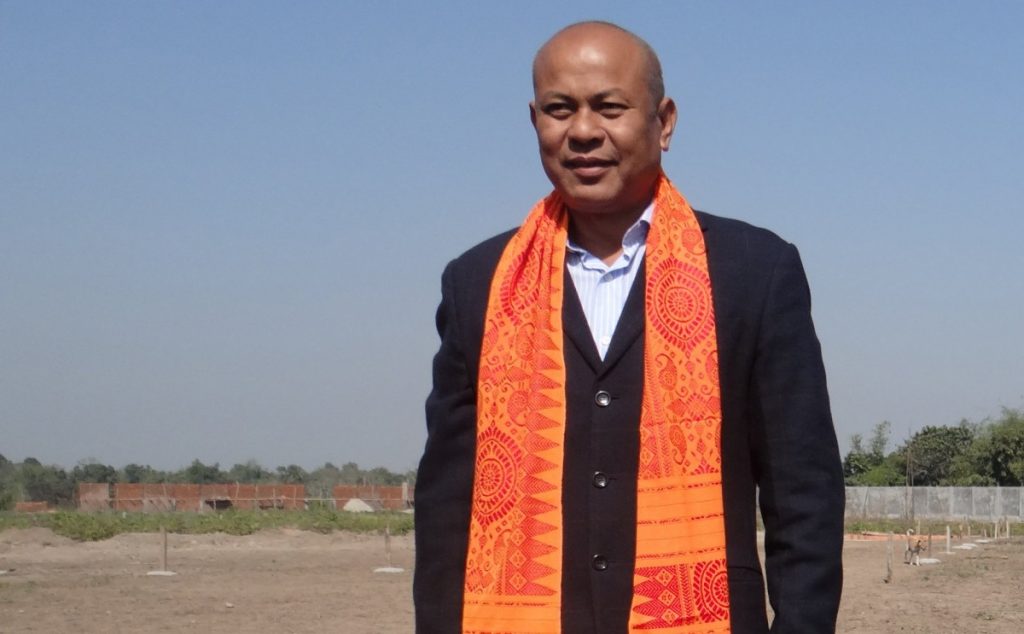 Bodos or Boros are a plain-dwelling tribe that inhabit various parts of Assam but are significantly concentrated in the economically backward northwestern districts of Udalguri, Baksa, Chirang and Kokrajhar, stretching from the border with West Bengal to that with Arunachal Pradesh. Their demand for a separate state or administrative unit has been made there since the days of the Simon Commission. Formation of the Plain Tribes Council of Assam (PTCA) – an organisation aimed to achieve Udayanchal, another name for Bodoland – was another step towards that aim.

In the late 1980s, Bodo organisations launched a militant agitation for a separate Bodoland. As the conflict and violence kept getting escalated, an accord was signed in 1993 to form the Bodoland Autonomous Council comprising the four Bodo-dominated districts. However, since the very territory of the new council could not be demarcated, the All Bodo Students’ Union (ABSU) denounced the accord in 1996 and the agitation was revived. The armed movement of the Bodos through organisations like the Bodo Liberation Tigers (BLT), National Democratic Front of Bodoland (NDFB), etc., brought severe violence to the region; ethnic conflicts and mass killings or forced displacement of non-Bodo communities became routine.

In 2003, another accord was signed between the Central government, the state government and the BLT, under which the latter gave up its demand for a separate Bodoland state in return for the Bodoland Territorial Area District and an elected council to manage its affairs. This took the shape of the BTC under the sixth schedule of the constitution, with special powers. The BLT cadres lay down their arms and formed a party called the Bodoland People’s Front. Its leader, Hagrama Mahilary became the first chief executive member (CEM) of the BTC.

Since then, the BPF has won all three council elections which were held in 2005, 2010 and 2015. The NDFB and ABSU, on the other hand, refused to accept the accord and continued with their demand for a separate Bodoland. Though the scale of insurgent violence reduced significantly, it did not cease completely. On the other hand, despite high hopes of bringing development to the region after the accord, the BPF, now the most powerful political force in the region, faced allegations of corruption and favouritism. Since the demand for a separate state continued, the Central government was keen to finalise a deal that would bring all Bodo organisations into the mainstream.

The January 27, 2020 Accord between Union home minister Amit Shah, leaders of the ABSU and representatives of all four factions of the NDFB is seen as the final step in the peace process that started in 1993. The accord is aimed to increase the area under the BTC, apart from boosting its legislative, executive and financial powers to smoothen its functioning.

The accord renames the Bodoland Territorial Area District as Bodoland Territorial Region (BTR), increases the strength of the BTC, gives it a say in transfer-postings of IAS-IPS officers in the region, along with control over 40 plus 8 additional subjects and direct funding from the Centre. It also promises an economic package and new institutions like Central and state universities, a medical science institution and a National Institute of Technology.

In return, the ABSU and the NDFB factions have given up on their decades-old demand for a separate state. The ABSU is now part of senior Bodo leader U.G. Brahma’s political party United People’s Party Liberal (UPPL) and its ex-chief Pramod Boro is the projected candidate for CEM in this election.

Elections past and present

The BTR region has a very complicated demography as Bodos constitute less than one third of the total population in the region. While some areas are dominated by Bengalis, tea tribes or Adivasis, Muslims and Nepalis, a majority of the areas have mixed populations. This is why the non-Bodo vote becomes crucial to win the election, especially if these groups decide to vote in a similar fashion.

This was particularly evident during the 2014 and 2019 Lok Sabha elections, when non-Bodos united behind the independent candidate and ex-ULFA militant Naba Kumar Sarania, who won both times in the Kokrajhar constituency, which is the lone parliamentary constituency of Bodoland. Otherwise, during the BTC elections, non-Bodos have also decisively voted in favour of the BPF for reasons like security, its comparatively liberal image and the party’s accommodative stance.

The first and second elections to the BTC, which happened in 2005 and 2010, were marred by violence and allegations of widespread rigging; the BPF emerged victorious without facing much competition in both. The third election in 2015, however, saw intense competition as the constituents of the present-day UPPL raised a platform called the People’s Coalition for Democratic Rights (PCDR), which sliced away Bodo votes, while the Bengali Muslim-dominated AIUDF also won four seats due to Muslim consolidation.

The PCDR won seven seats and as some of its candidates lost by very small margins, the BPF could manage to win only 20 seats – one short of the majority. The BJP also contested that election, but despite four Central ministers joining the campaign, it could win just one seat. However, MP Naba Sarania’s Gana Surakhsha Manch (GSP) and it’s splinter group also cut away non-Bodo votes, a large part of which used to go to the BPF. The waning of BPF’s influence began from that election itself.

This time, the Bodo voters have decisively shifted towards UPPL, which is also being seen favourably by sections of non-Bodos as it has ‘toned down’ by giving up on its demand for a separate Bodoland. The non-Bodo vote is splitting because of the aggressive campaign and social engineering of the BJP, which has made significant inroads among Assamese, Bengali and tea tribe communities.

While the immediate loser of this change is Naba Sarania’s GSP, which may fail to repeat its 2015 performance, the ultimate loser will be the BPF, which will lose the winning edge it used to get through the non-tribal votes.

The Congress-AIUDF are jointly contesting this time on 19 seats but are not expected to do well. Experts believe that the most likely outcome of this election would be the UPPL emerging as the biggest party. The BJP, on the other hand, is not expected to increase its tally in proportion to the effort it is putting.

One question then emerges. Why did the BJP alienate its alliance partner in the state – the BPF – for a local election, where it is not likely to perform well? There seem to be multiple reasons for that. Many experts feel that one likely reason is Himanta Biswa Sarma’s rivalry with CM Sarbananda Sonowal. The BPF is seen as pro-Sonowal and its 12 MLAs have solidly backed the sitting CM. Its support was the main reason why the Sonowal government was safe even after the Asom Gana Parishad withdrew its support to the government briefly during the agitation against the Citizenship Amendment Bill in early 2019.

Sarma, many feel, wants to spoil the BPF’s prospects in the upcoming assembly elections. Ensuring its defeat at the hands of UPPL by fighting with full vigour to cut away non-tribal votes from the BPF is the first step in that direction.

If that happens, the UPPL is more than likely to return the favour by backing Sarma, who is leading the charge against the BPF. This is also seen as the reason why Sonowal is less critical of the BPF in his speeches than Sarma. The latter has an ally in the form of state BJP president Ranjeet Das in this endeavour. Das also shares an uncomfortable relation with the BPF, as parts of his constituency also fall under the BTAD, where he reportedly did not get the help that he expected during the past elections. 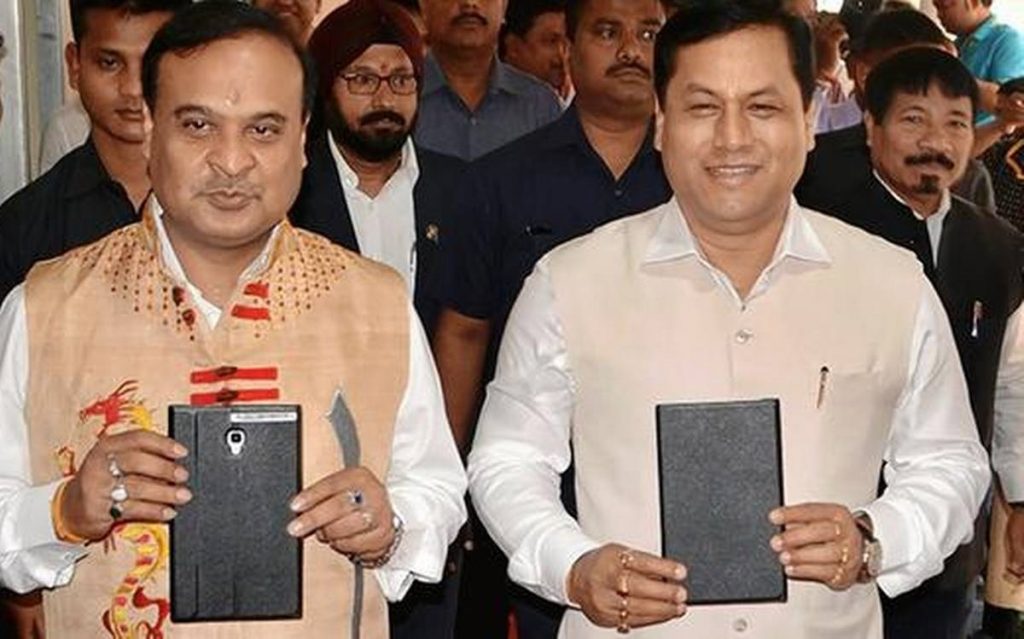 Of course, the BJP’s ambitions in the region is also a reason. For the first time in history, it is a serious player in the Northeast and it wants to continue in that position, as is evident from its attempt to engineer social coalitions.

The BJP is also not ready to allow the ABSU or UPPL to benefit from the credit and goodwill generated by the new accord. It wants a lion’s share of it and aims to encash it for electoral benefits, unlike the Congress, which had allowed the other actors to take full credit for the accord – be it the second Bodo accord or the Mizo accord.

The current BTC election is just an experiment where the BJP is likely to gain, no matter what the outcome is. If it wins big on its own, it could go alone in the upcoming assembly polls in all 12 assembly seats in the BTR. If it loses, it could ally with the UPPL, which would be more than willing to accommodate the BJP. This seems to be the primary reason why the party high command has given a free hand to Sarma.

Two conclusions could be drawn from the BJP’s campaign. Firstly, for the first time, the people of the BTR are witnessing a tightly contested election with no coercion or violence and many choices. This is indeed a positive development. And secondly, the sorry state of the BPF tells that aligning with a partner like the BJP is definitely not a wise decision, at least in the long run, for any regional party.