Fact Check: BJP's Claim That Bihar Has 'Defeated' Coronavirus Is Nothing But a Poll Stunt

Firstly, a 91% recovery rate is not an achievement on its own. Secondly, the Bihar government has not done anything unique to prevent infection since March. 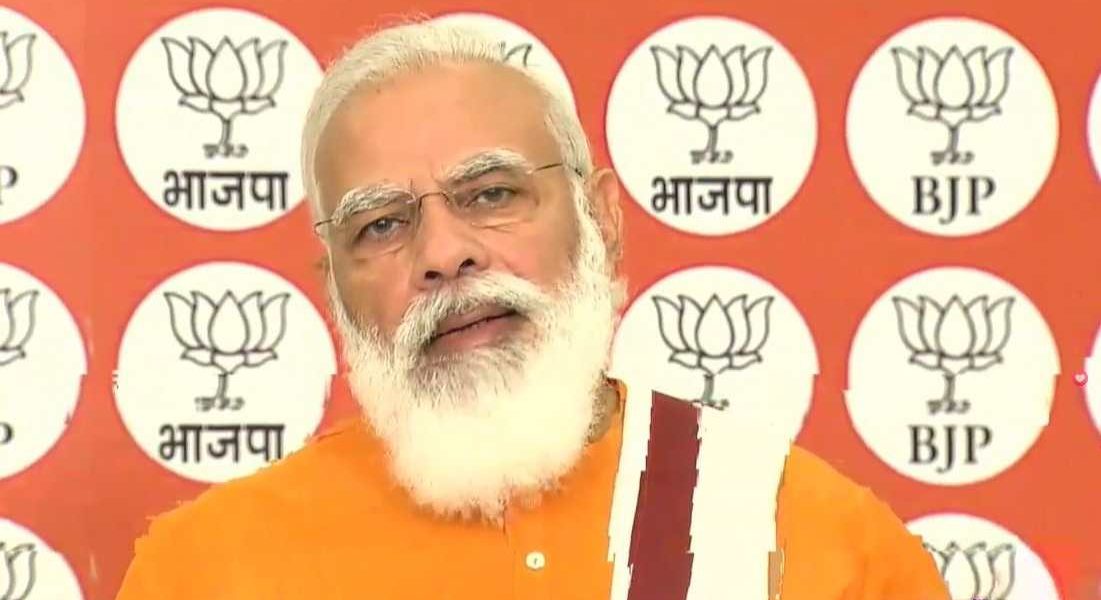 Patna: The Bihar unit of the Bharatiya Janata Party shared a poster on its official Facebook page a few days ago. The post had a picture of Prime Minister Narendra Modi, and claimed that Bihar was winning its battle with COVID-19.

The poster reads, “Bihar became the first state with the highest 91% recovery. Fifty lakh tests conducted in Bihar. If this continues then Bihar will soon become a corona-free state under the NDA government.”

If the poster is to be believed, the BJP-led National Democratic Alliance has done a great job fighting COVID-19 in the state.

But the basis on which the BJP is claiming to defeat the coronavirus in Bihar raises serious questions.

Firstly, a 91% recovery rate is not an achievement on its own. Secondly, the Bihar government has not done anything unique to prevent infection since March. Bihar followed the same steps as other states.

Experts are also raising doubts about the data coming from Bihar. They believe that if precautions are not taken, the COVID-19 crisis in Bihar may increase.

The Bihar government started testing for COVID-19 from March 6. The first laboratory was opened at Rajendra Memorial Research Institute, with 500 test kits. But the pace of testing remained more or less sluggish. By March 20, only 79 samples had been tested.

Testing had increased in other states, and Bihar was criticised by the NITI Aayog for not keeping up. Chief minister Nitish Kumar gave strict orders on increasing the speed of testing twice, but his orders were not followed.

Testing samples using rapid antigen kits started in Bihar from July 13. In the first phase, 40,000 rapid antigen test kits were sent out. Since the introduction of this kit, Bihar is testing more and more with this technique, even though it has been known to give false negatives in a high proportion of cases.

According to the Indian Express, nationally about 30%-40% of samples are being tested using the RT-PCR technique.

Since positive results from a rapid antigen kit are reliable but negative ones are now, the Indian Council of Medical Research (ICMR) issued guidelines saying that if a person tests negative, they should be monitored for a few days after the test and tested again using RT-PCR if symptoms continue.

Since there are chances that a rapid antigen kit may give false negative results, is it possible that infected asymptomatic persons tested negative?

Dr Vikash R. Keshri, a public health expert, told The Wire, “It is very difficult to comment on the reasons behind the low positivity rate. But definitely the overall testing strategy is an important determinant for prevention and control of infection, and it can also affect the positivity rate. The ICMR has issued clear guidelines for testing and also recommended on-demand testing in case an individual wants to be tested.”

“So, in order to better understand the extent of disease spread, it is important to know the reasons behind testing statistics. If a huge majority of general asymptomatic patients are tested then it may not reflect the real extent of spread of infection,” he said.

Earlier, when a person was diagnosed with the coronavirus infection, their contact history was taken and people exposed to the infected person were tested. But this is not happening anymore.

Now, an automated message is sent to the mobile of people who tested positive in the rapid antigen test. After that, it is their responsibility to stay in isolation and maintain social distancing. There is a daily phone call made to them, in which the caller inquires about their condition.

In August, a person from Muzaffarpur who asked not to be named tested positive for COVID-19 using the rapid antigen kit. He told The Wire, “The test result came as an SMS, but no one took down information on people I had met and my family was not tested.”

A doctor at a primary health centre in Rohtas district told The Wire, “We have no instructions on contact tracing and testing. Earlier there was such a directive, now there isn’t. Even patients recovering in isolation wards are not re-examined. After being kept in isolation for two weeks, the patient is being discharged from the hospital without a further test.”

Dr Indradev Ranjan, civil surgeon in Vaishali district, pointed to the difficulties of contact tracing. “It is not possible to do so now because the infection has spread everywhere. How many people’s contact history will be ascertained?”

A doctor deputed at a primary health centre said, on the condition of anonymity, that the health department have given a target to test 100 samples daily with a rapid antigen kit. “There is no clear message about who should be tested. We are facing difficulty in this because people are reluctant to get tested. We are unable to meet the target,” the doctor said.

Experts say that not taking down the contact history of asymptomatic patients and not examining them can be extremely dangerous. Epidemiologist and former health and nutrition specialist, UNICEF, India, Antony Kollannur said, “The negligence in tracing of contacts of infected persons may spread the infection wider in the community. This pre-symptomatic period of contacts is a very crucial time to prevent the further spread of COVID-19 at the community level.”

“Infection in Telangana, Andhra Pradesh and Tamil Nadu spread rapidly because of negligence in tracking contacts. Those who had positive results in the rapid antigen test were not closely monitored. Even when RAT is negative, an RT-PCR is mandatory to rule out true infection. If contact tracing and active surveillance is neglected as is allegedly happening in Bihar, then it will increase the chances of spread of COVID-19.”

The BJP has claimed in its post that Bihar will soon become “coronamukt (coronavirus free)”, but the COVID-19 daily graph rejects this claim.

In September alone, 176 people have died due to COVID-19 so far. In August, 386 patients lost their lives whereas 225 patients died in July. Forty-five persons had died in June.

The Bihar government has withdrawn the lockdown from September 7. Inter-district bus services and local transport facilities have resumed.

Political meetings, sports, cultural and religious events are allowed from September 21 with restricted numbers and subject to social distancing. Practically, though, social distancing is hardly maintained in buses, autos and public gatherings. 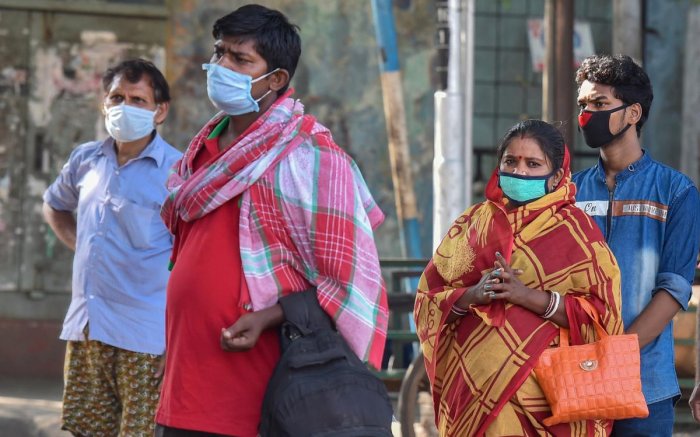 Is the high recovery rate in Bihar an achievement for the government? Statistics show that most patients have recovered in home isolation. A block-level government doctor said, “We recommend that patients stay in isolation wards, but they do not want to stay. They like to stay at home. ”

Paracetamol and a 100 gram kaadha bottle is given by the government to patients living at home, and a person calls from the call centre daily.

Also read: Bihar: Four Claims Made by BJP in Its Campaign Video on Crime That Ring Hollow

According to experts, the government does not play much role in the recovery rate. Dr Kollannur said, “Not every person infected with the virus dies. In 85% of cases, patients recover normally, with rest, nutritious food, vitamin C and D and immune-boosting fruits and vegetables. Mild symptoms occur in 10% of cases which may require admission in an isolation hospital and may need paracetamol, oxygen etc. These patients too recover.”

“Out Of the remaining 5%, 3% of patients require ICU admission and treatment with blood thinners, steroids, nasal oxygen or ventilators. Unfortunately 2-5% of the patients die in spite of the best treatment, especially among those who have cardiac disease, kidney disease, cancer, diabetes or other disease die. So, any government taking undue credit for a 91% recovery rate is an exaggeration of normal results,” he said.

Is the nature of the virus changing in Bihar?

There have been rumours about a change in the nature of the virus in Bihar, given the low positivity and fatality rates. The Central government is also going to conduct a sero survey on this.

On this question, Dr Kollannur argues, “If a person’s immunity power is high, then in spite of infection, the symptoms will not be seen. It is also true that the virus changes its nature after thousands of multiplications, which is called mutation. But the World Health Organisation (WHO) says that there is not much evidence of wide mutation in the virus.”

“I don’t think that there are mutant strains of the virus in Bihar which is bringing down the number of positive cases as claimed.”

He cautioned, “If the negligence in active surveillance of contact cases continues, Bihar’s number of cases will shoot up and will lead to an uncontrollable situation. Yes, if antibodies have been developed among a significant proportion of people of Bihar, herd immunity will control the spread of the epidemic.”

“But to prove this, research on community level antibody development needs to be done. Till then people will have to be alert and take self protective measures instead of relying entirely on the government. They must wear masks, maintain minimum physical distance of one metre and wash hands or use hand sanitiser regularly,” he said