The party has claimed that 36 temples and hundreds of houses have been demolished by the state government for the controversial corridor. Varanasi: The Aam Aam Party (AAP) on Sunday concluded a two-day yatra from Ayodhya to Varanasi protesting the alleged desecration of temples in the controversial Kashi Vishwanath corridor.

The corridor intends to provide easier access to pilgrims from the ghats of Varanasi to the Kashi Vishwanath temple, located in a maze of small lanes characteristic of the city. The 700 metre corridor involves demolition of homes and shops in an area of around 45,000 square metres.

Also Read: Modi’s Waterway Project in Varanasi May Only Do More Damage to the Ganga

The AAP has alleged that 36 temples have been demolished by the state government to clear a path for the corridor. Speaking at the Dr. Rajendra Prasad ghat in Varanasi on Sunday, AAP’s Rajya Sabha MP Sanjay Singh said, “Not just homes and shops, the government has demolished ancient temples that existed in this holy place. They knew there were temples in this area. But they demolished them anyway.” Singh also recently moved a private member’s Bill in the Rajya Sabha opposing the corridor. It seeks to halt the project, rebuild the demolished temples and declare Varanasi as the ‘oldest living city of utmost national importance’.

“In Ayodhya, the BJP pretends to be the saviour and wants to build a temple there. In Varanasi, they have destroyed temples. Our yatra from Ayodhya to Varanasi was to mobilise people and inform them about the government’s doing. Our message is ‘BJP bhagao Bhagwan bachao’ (Remove BJP, save god),” Singh said.

The AAP also claimed that thousands of people lost their livelihood in the area because of the corridor. “People who have been living and working here have been displaced. Their families lived here for hundreds of years. Now, they are being told to find livelihood elsewhere, away from the centre of the city,” said Singh. Around 300 homes and 200 shops have already been demolished in the area surrounding the Kashi Vishwanath temple. Several more could be demolished as the government plans to expand the project. “The idea is that the Kashi Vishwanath temple should be visible to pilgrims from the Lalita and Manikarnika ghats. So, we will have to demolish some more homes,” said a senior district administration official.

The AAP demanded that the project be shelved and that houses, shops and temples that were demolished be rebuilt. “Varanasi is known for its small alleys and its ghats. They are destroying the very character of this place. We demand that the UP government stop this project and restore all demolished sites. If it doesn’t, we will take this movement across the state,” said Singh. 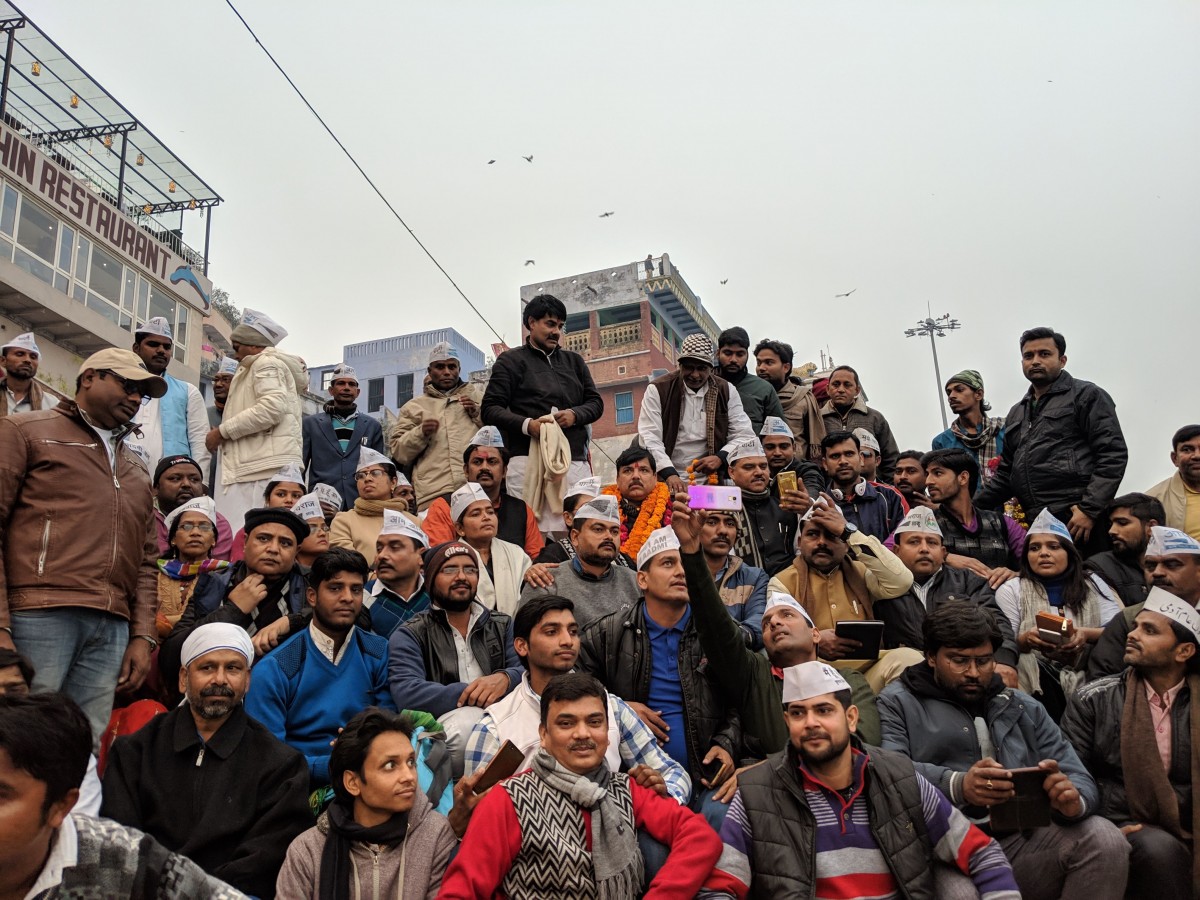 The party is hoping to capitalise on the issue, which has created much furore among the people of Varanasi. “The BJP is destroying Varanasi’s character. The party is displacing people who have been living in this ancient city for generations. We will not forgive them. The AAP seems to be making a genuine effort to help the people,” said Rajendra Yadav, a resident who was displaced due to the project.