Fear Is Going to Be the BJP's Platform for 2019

Most politicians use hope or fear consistently through the course of their career. Narendra Modi is an exception; he has alternated between these two modes of campaigning. 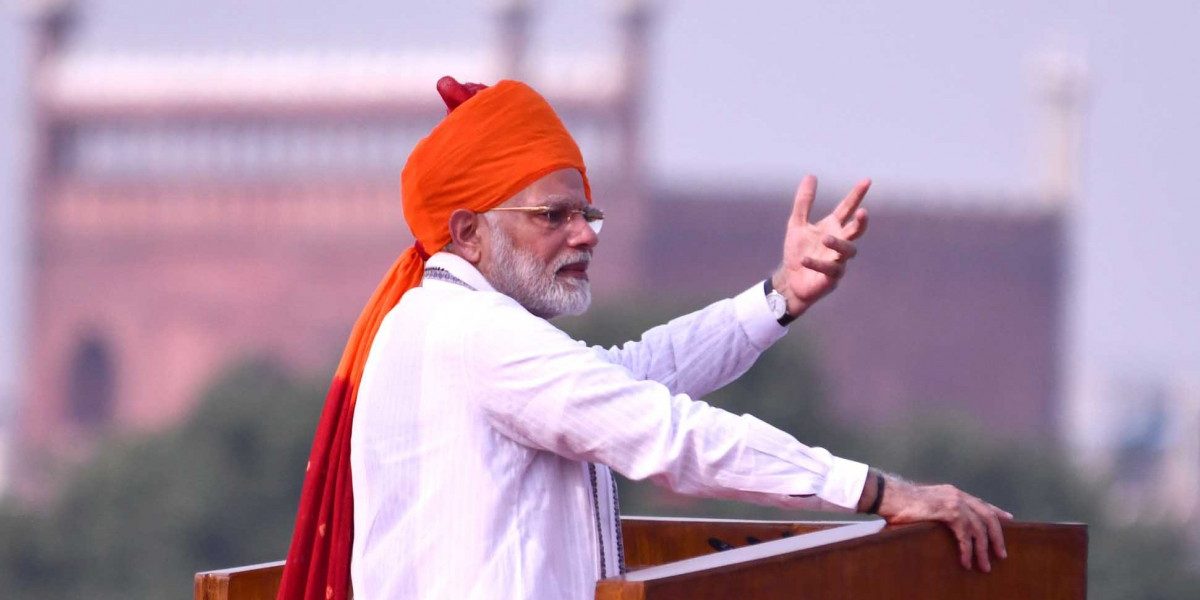 In a book published in 2007, I wrote that “the world over, the rhetoric of modern democratic politics has been marked by two rather opposed rhetorical styles. The first appeals to hope, to popular aspirations for economic prosperity and social peace. The second appeals to fear, to sectional worries about being worsted or swamped by one’s historic enemies.”

The Congress under Jawaharlal Nehru generally campaigned on a platform of hope. Nehru and his party promised voters economic growth, social peace and a higher standing for India in the world. He fought three general elections by these means. To be sure, he or his party did not achieve all these goals in office. However, to his credit, to win an election Nehru never opposed India to Pakistan, or Hindus to Muslims, or low castes to high castes, or the Hindi heartland to the rest of India.

On the other hand, the Shiv Sena under Bal Thackeray always campaigned on a platform of fear. The party was founded in 1966; for the first 20 years of its existence, its main focus was on asserting that Mumbai was a city for Marathi-speakers alone. Shiv Sainiks first targeted South Indians who had come to the city to live and work; later, their focus was on keeping people from the North and East out of the metropolis. However, as the Shiv Sena sought to expand elsewhere in the state it acquired a new set of scapegoats. Now it painted Muslims as the main enemy of Mumbai, Maharashtra and India.

Whether you stoke fear or promote hope is generally a question of character and belief. It was impossible for Nehru to ever demonise Muslims, and inconceivable that Thackeray would ever see Muslims as full and equal citizens of the republic.

Most politicians use hope or fear consistently through the course of their career. Narendra Modi is an exception. He has alternated between these two modes of campaigning. In his first few years as chief minister of Gujarat, Modi campaigned, and ruled, largely on a platform of fear. He spoke of the threats posed to his state and country by a certain “Mian Musharraf”, of Sonia Gandhi’s foreign origins, of the Congress’s alleged pandering to Muslims and of the Muslims’ own alleged campaign of demographic conquest (“Hum paanch, hamare pachees“, as he put it). Modi stoked the Indian fear of foreigners, the Gujarati fear of outsiders, and the Hindu fear of Muslims – all at once. He presented himself as a bulwark against the malevolent forces which threatened Gujarat in general and Gujarati Hindus in particular, insisting that he, and only he, could save the state from going under.

Halfway into his second full term as chief minister, Modi began re-presenting himself as a Vikas Purush, a Man of Development, who would bring growth and prosperity to the people of his state. He held Vibrant Gujarat summits at which industrialists promised thousands of crores; and he began to boast about his state’s achievements in energy, infrastructure and agriculture. The investments were mostly unrealised; and the achievements were somewhat exaggerated. Nonetheless, it was clear that from about 2010 onwards Modi began moving away from the rhetoric of fear toward the rhetoric of hope. The move was not complete; he still remained somewhat suspicious of Muslims (as when he refused to wear a skull cap offered to him in 2011). Nonetheless, it seemed that some sort of brand makeover was underway to make the man appeal to more than the core constituency of Hindutva.

In his campaign for the 2014 general elections, Modi further underplayed communal issues in favour of economic ones. He promised ‘Achhe Din‘ for everyone and for young voters in particular, saying he would create crores of jobs for them. He also spoke of standing for ‘Sabka Saath, Sabka Vikas’, implying that religious minorities would also benefit from the economic growth his regime claimed it would bring.

After Modi won the elections and became prime minister, some commentators thought that he had finally shed his hardline image. They hoped that he would now reconcile conflicting groups, rationalise archaic laws holding back our society and economy, and enhance India’s standing in the world. They were further swayed by his grand slogans of ‘Start Up India, Stand Up India’, ‘Make in India’, ‘Made in India’.

Indians under Modi were indeed starting new enterprises; but of lynching innocent men, not of manufacturing objects for export. Those commentators who had cheered him to victory now urged him to ‘rein in the fringe elements’. He was unwilling to do so; meanwhile, his party president was happy to let the polarisation proceed apace. A rash of hateful statements against Muslims were made by MPs – chiefly from UP – who had been hand-picked to contest elections by Amit Shah.

Then, in March 2017, one of those chosen MPs was made chief minister of his state. He had a track record as a baiter of minorities; and he was no promoter of development either. Despite five terms as an MP, his constituency was an economic, social, educational and medical disaster. In office, he continued to make incendiary statements aimed at the minorities. Yet, not only does he remain in office; he is sent by the Bharatiya Janata Party to other states to spread his message of hate and division.

Suspicion of those who are not Hindus is intrinsic to the institutional and ideological structure of the Sangh parivar. Modi himself imbibed this early; witness the adulatory essays he wrote in praise of M.S. Golwalkar. For his own instrumental purposes, however, Modi shifted from demonising Muslims during his 2014 campaign. Now, however, since Achhe Din have manifestly not arrived, the party seems set to revive the Hindutva plank for the next election.

Consider in this regard the debate around the National Register of Citizens in Assam. When the first draft was released, the home minister, Rajnath Singh, said this was a preliminary list, and all those excluded would have a chance to apply again and appeal further if even then they didn’t figure. This was both sober and sensible; for the Indian bureaucracy has a legendary reputation for incompetence. Soon, many cases of legitimate citizens being excluded came to light, including many respected Assamese professionals, the family of a former president of the republic, and even a BJP MLA.

The BJP president, however, immediately declared that all those not named in the first draft were infiltrators and needed to be deported. His remarks were picked up and amplified by his acolytes in other states. Leaders of the BJP in Rajasthan, Bihar, Bengal, Mumbai and Delhi have all asked for the identification and deportation of ‘foreigners’ in their state or city. Lest they be dismissed as the ‘fringe’, let me note that in Jharkhand, a Harvard-educated and McKinsey-primed Union minister has called for such deportation too.

‘Foreigners’ in this context is, of course, a code word for ‘Muslims’. With farmers in distress, Dalits angry, millions of young men still looking in vain for dignified employment, the BJP appears to have decided to fight the next general election on a platform of generating fear. Voters in different districts and states will be warned of the Assam example, and told that even the jobs they have are at risk because people of that other and foreign faith are against them.

It is likely that in his own speeches the prime minister will not emphasise communal language, or at least not excessively. Rather, he will stoke fears of another kind; that if he is not given a second term, a khichdi coalition led by some self-seeking or corrupt regional satrap will blow away all the promises he has made to the nation, perhaps blow away the nation itself. So, while the cadre will tell voters to fear those who are not Hindu, the leader will tell voters to fear other leaders. Having, in 2014, falsely promised Achhe Din, Modi will now tell voters that his rivals are capable only of bringing Burre Din.