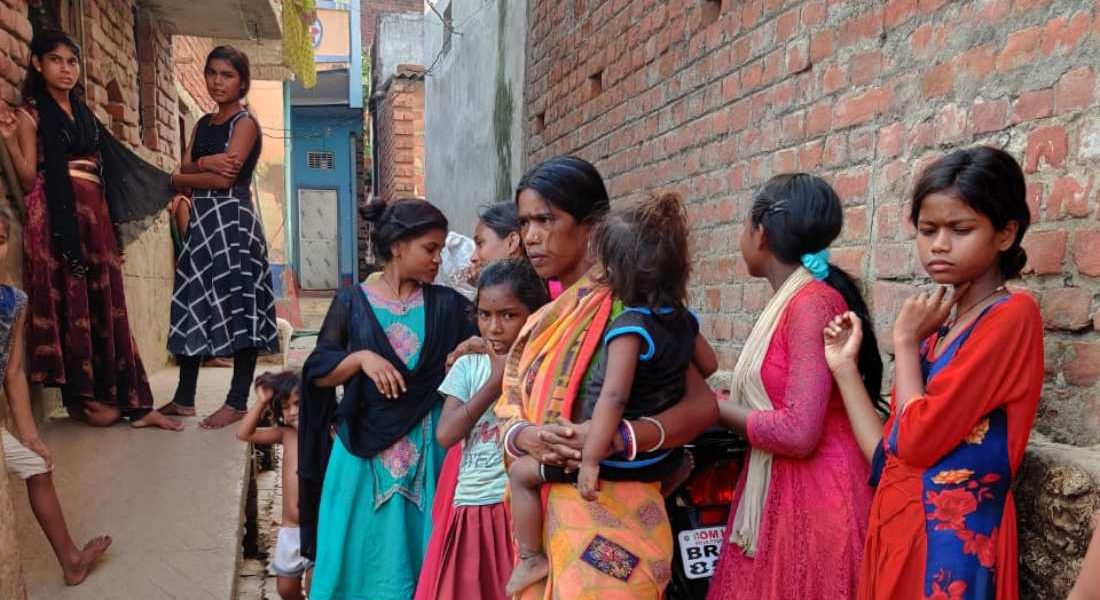 Patna: Rama Chaudhary, a middle-aged woman who never went to school, speaks her mind about prohibition like no man in the Pasi tola of Belchhi village, around 50 miles away from Patna in the Barh assembly seat.

“Sharaab bandi se sharaab aur mahanga ho gaya, magar hamari toh kamar tut gaya (Prohibition made liquor even more expensive, but it broke our backs),” she says as she went on to explain how prohibition affected their lives.

“We sold small amounts of palm toddy. Everyday our income was not more than Rs 500. But ever since Nitish Kumar stopped liquor sales in Bihar, we have been at the mercy of police here,” she says.

The ban on toddy sale was reversed by the Nitish government in 2016, but Chaudhary claims that the police has stopped them, beaten them and booked people from her Pasi community ever since the sharaab bandi was implemented.

“Taari nikaalte huye agar pakde gaye, toh police sirf danda chalati hai (If we are caught tapping toddy, then police only uses their sticks on us),” she says.

She goes on to elaborate that the prohibition has spawned an illegal liquor business run by a mafia allegedly consisting of government officials and those who are close to political representatives. “No one left drinking. But from time to time, poor people like us are arrested even while big players in the liquor mafia are roaming free,” lamented Chaudhary, as a group of women join the chorus in attacking the Nitish government.

“We thought that prohibition would save costs in our families but now our costs have only risen because of the black market,” Munni Paswan of Belchhi says, disillusioned with the Nitish government for failing to check the unrestrained nexus of police and liquor mafia in Barh.

Across Bihar, women in villages complained about the same black market the state-wide prohibition has promoted. Ironically, most women had welcomed prohibition when Nitish had first announced in 2015. Multiple reports had then said that women became hopeful that the policy may be a cure to widespread addiction among men in their families. 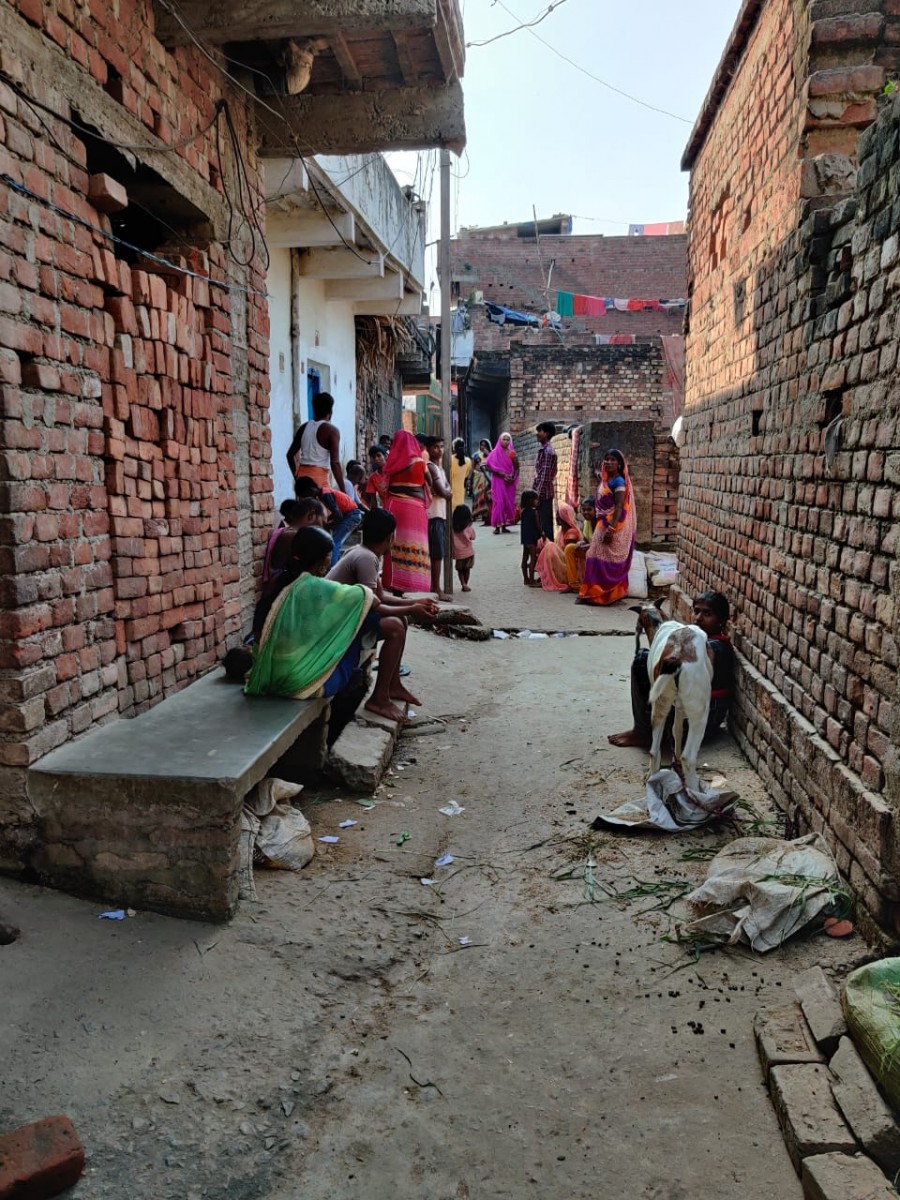 However, five years down the line, tables have clearly turned against the chief minister.

“If you want a bottle, you can get it delivered here immediately,” says Sunita Devi in Mahant Maniyari village in the outskirts of Muzaffarpur.

“What used to sell for Rs 600 before is now being sold for Rs 1,200,” says an ASHA (Accredited Social Health Activist) worker in Muzaffarpur.

In Patna, many men and women with whom The Wire spoke also vouched for a similar illegal liquor trade across the city. “There were some people who used to drive a motorbike but today they have a Scorpios (SUV),” a Patna-based NGO worker says.

Nitish Kumar, over the last 15 years, has been credited to focus his attention on extending welfare benefits to women in Bihar. In a heavily patriarchal political ecosystem, he implemented various schemes like Jeevika (a women-run SHG scheme), free education for women, gave cycles to girl students, and more importantly increased their representation in Panchayati Raj institutions by reserving 50% seats for them.

In the process, he was able to break traditional caste-based political equations by building an electoral constituency of women across castes and classes.

Yet, prohibition and an alleged increase in petty corruption at the village and block level have meant a large section of women felt cheated by the chief minister.

“Prohibition also ensured that all small-time businesses around the liquor businesses were also ruined. Some sold chasers, some sold snacks in their carts.Who were they? They were the most poor people. All of them lost their livelihoods even while a few resourceful people took advantage of prohibition,” says Chaudhary of Belchhi village.

“Nitish did good work when he had a tight grip over his officials. In this tenure, he let all of them loose. He had no control over them,” says another woman who lives in the Kurmi tola of Belchhi.

Kurmis are known to be traditional supporters of Nitish, who also belongs to this community. However, Kurmi women showed visible anger against Nitish for not doing enough in his last tenure. “Whatever he did for us was in his first term. This time, he was hardly visible and neither were his MLAs,” she says, while also complaining about widespread corruption.

Also read: Why Government School, College Teachers in Bihar No Longer Have Faith in Nitish Kumar

“Har cheez mein cut lete hai. Koi kaam seedha nahin hota (The officials take a cut in everything. No work can be done in a straight way,” she adds, while launching a tirade against the incumbent BJP MLA, Gyanendra Singh Gyanu.

“The MLA’s men are cornering everything. Even if he comes to the village, he doesn’t even think it fit to visit this side,” says Deepika, who belongs to the Paswan community of Belchhi.

The sudden increase in antipathy among women against their favourite political leader of the state Nitish Kumar is apparent almost everywhere in the state. Much of this resentment appears to stem from the chief minister’s absentee role during the lockdown.

“All the families in this tola have debts now. Many of us have left for cities again to repay those loans,” she adds. 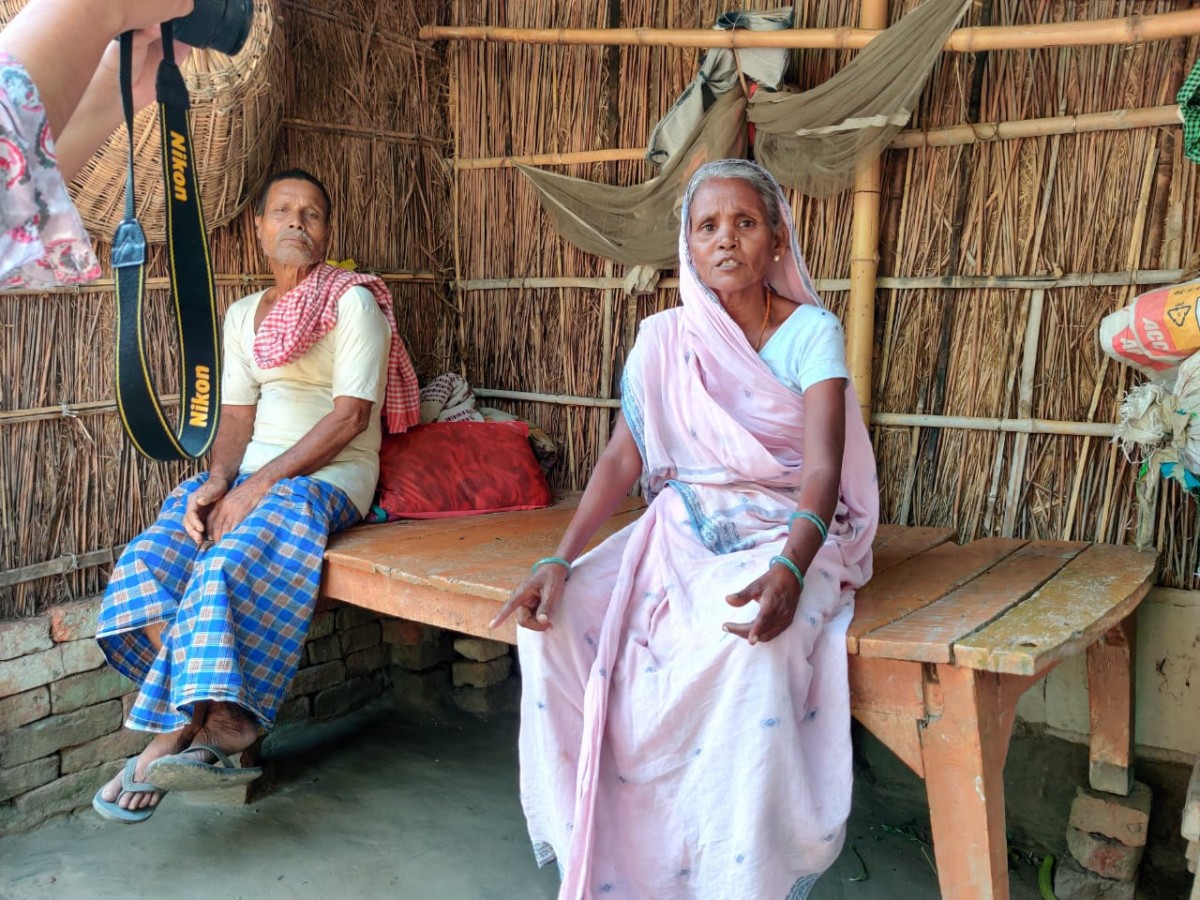 Almost everywhere, women expressed their disenchantment with the Nitish government, and many among them were firm in not voting for him or his party again.

“Corruption has escalated in almost every work. No one cares about the poor,” Chaudhary says.

Upon pointing out welfare benefits for women during Nitish’s regime, she says, “That happened before. Schools are not working during lockdown. All girls are sitting at home. I got Rs 6,000 during lockdown. Is that enough?”

“The ration we get every month finishes in a week. What should we do if we don’t have work? Go and see how moneyed people are making even more money now,” adds Bhagmati from the Pasi tola in Belchhi.

Watch: Why This Village in Bihar Has Pledged to Not Vote for Nitish Kumar

Despite the welfare measures, the perception that only the politically powerful have gained during the last tenure of Nitish, while the poor were left to fend for themselves, appears to have ticked off a significant number of women across Bihar. The lack of secure jobs has become an important realisation among them, especially during the lockdown. That promise of “10 lakh jobs” by Rashtriya Janata Dal leader Tejashwi Yadav has made many of them hopeful but a general sense that “all parties are the same”  is restricting many of them to commit their vote.

Barring a few women with whom The Wire spoke, not many had made up their mind to vote for the RJD-led opposition alliance. Chaudhary finishes her diatribe against Nitish thus, “We will see who is in the best position to defeat Nitish. We will vote accordingly.”

All names of respondents have been changed for the sake of their privacy.