In Bihar's Motipur, Dreams of a Sweeter Future Are Tied to a Closed Sugar Mill

It's been 23 years since the mill closed operations, but some former employees are still waiting to be paid their dues. Several other sugar mills in the state tell a similar story. 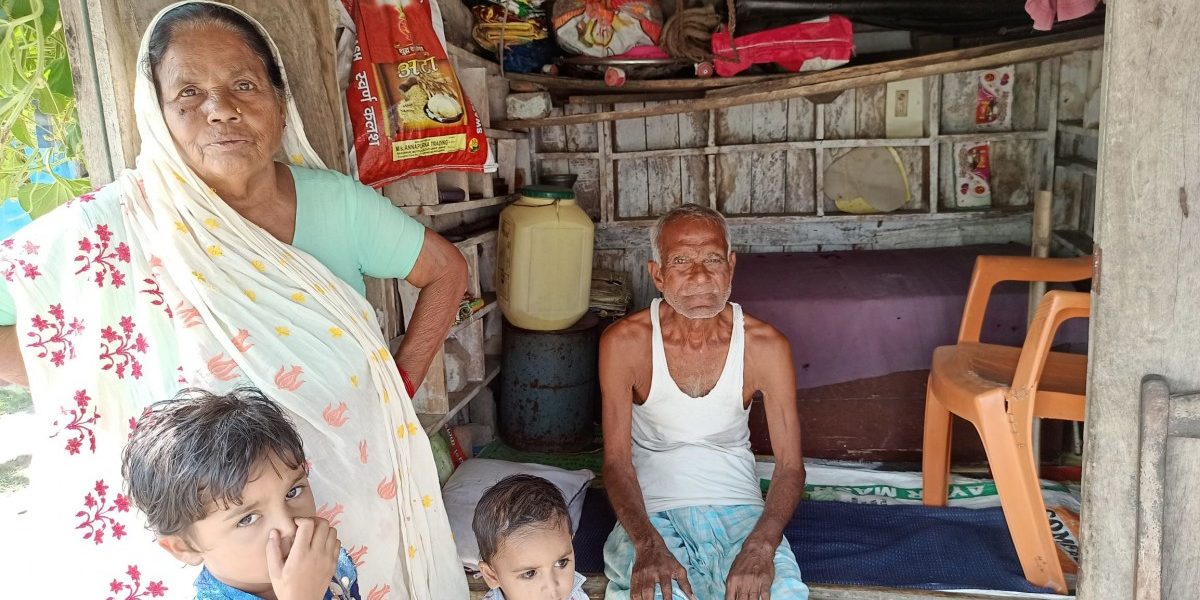 Motipur (Muzaffarpur, Bihar): Inside a sugar mill in Motipur, in Bihar’s Muzaffarpur district, Mohammed Magrib is sitting at a small kiosk in front of his house, watching paddy being harvested in a nearby field. At the kiosk, he had run a grocery shop for more than 1.5 decades. Though the business has been shut down, he opens the kiosk every day and sits there. As we strike a conversation, his wife Sabra Khatoon joins us.

“I don’t think the sugar mill is going to function anymore,” says Magrib. “We have been hearing for two decades that the factory will start operations. Promises were made during the elections this year too, but I know that the day will never come, at least not while I am alive. Now, I want to return to my village.”

Magrib joined the Motipur sugar mill in 1969 to operate the generator. The sugar mill closed down in 1997 but he continued to visit the factory regularly for three years, although he was neither paid a salary nor had any work. He had a large family to fend for and all his children were studying at the time. The closing down of the mill led to a financial crisis as his income stopped. Hence, he erected a kiosk inside the mill compound and started a grocery shop. Khatoon says, “We have married off our daughters. Our only son works in a shop at Chakkar Chowk, Motipur. We have nothing left here. We just want to return to our village now.”

Seventy-two-year-old Magrib is from Chakia near Motipur. Recalling the time when the sugar mill was functional, his eyes light up. “Babu, the place used to be full of life. In all, there were 1,200 employees at the mill, including temporary and permanent staff. It was always bustling with activity. The government ran the sugar mill for a decade but the condition gradually deteriorated and the unit had to be shut down. A deathly silence pervades the premises now.” 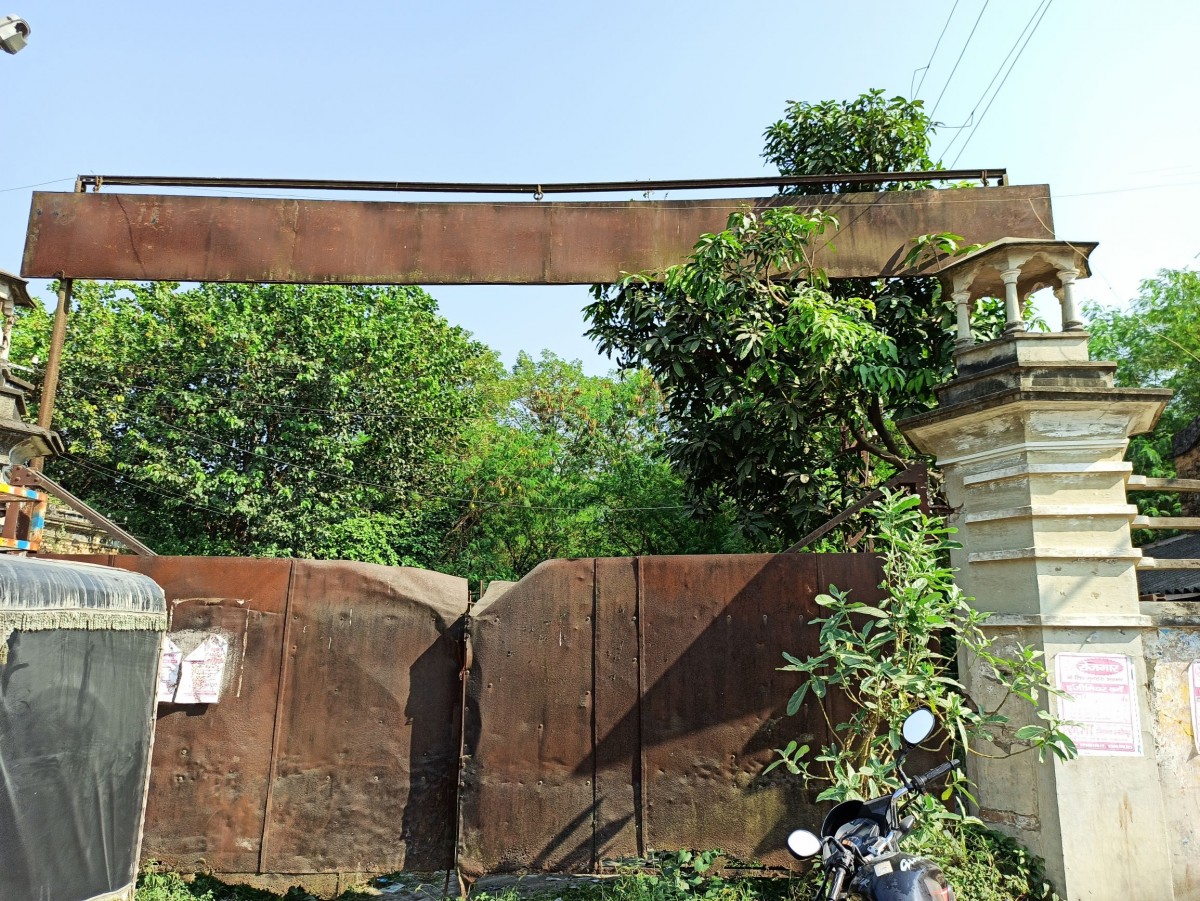 It is a matter of relief for Magrib that all his dues have been cleared. However, other former employees have not been as fortunate, many of whom have passed away before receiving the payments due.

Tahir H. Siddiqui, who worked as a cashier at the mill, is one such former employee who passed away three years ago. As long as he was alive, he hoped to see the mill function again. His family still lives in a tiny quarter inside the factory compound. His son, Aamir Hussain, is a tutor while one of his brothers has set up a shop in the town.

Aamir was born here at his father’s service quarter in 1990. As a child, the smoke from the mill’s chimney appealed to him. It may no longer be there, but the image has been carved into his memory.

According to Aamir, the sugar mill was established in 1932 on an area of 1,466 acres. The sugar mill continued to run smoothly until 1992-93. The government took over the management of the mill in 1980 and operated it until 1997. After the government took over, the workers approached the high court several times due to delays in salary payments. Only after the high court issued orders in this matter, did the employees get paid. In 2010, his father also got all his dues cleared.

Another former employee of the mill and a resident of Muzaffarpur, Faizul Rahman, however, never got the arrears. Faizul, who used to work in the accounts section of the sugar mill, passed away in October 2009. His son, Shafiqur Rahman, says that his family has suffered for two decades due to the closure of the sugar mill and non-payment of salaries and other dues. His elder brother is still running from pillar to post to claim his father’s dues.

The entire sugar mill complex is in ruins, covered in bushes and hedges. The main gate, Gate No, 1, has been made a tempo stand. The signboard at the gate has rusted and been rendered illegible. There is a small entrance gate next to the main gate where boards of ‘No Vacancy’ and ‘No Admission’ are still distinctly clear.

Upon entering the small gate, a person can be seen resting on a plank towards the left. He gets up as he sees us enter and claims that he is one of the 11 guards deployed at the sugar mill, after the government handed over the building to Indian Potash Limited (IPL). The guards work in shifts.

As we proceed into the building, we enter a room with misshapen furniture and a discoloured wall. Two monochrome photographs have been placed on the wall but the captions have faded away. It seems to be a picture of the sugar mill owner, the officers and former employees. Files and pages of books are strewn all over the room. 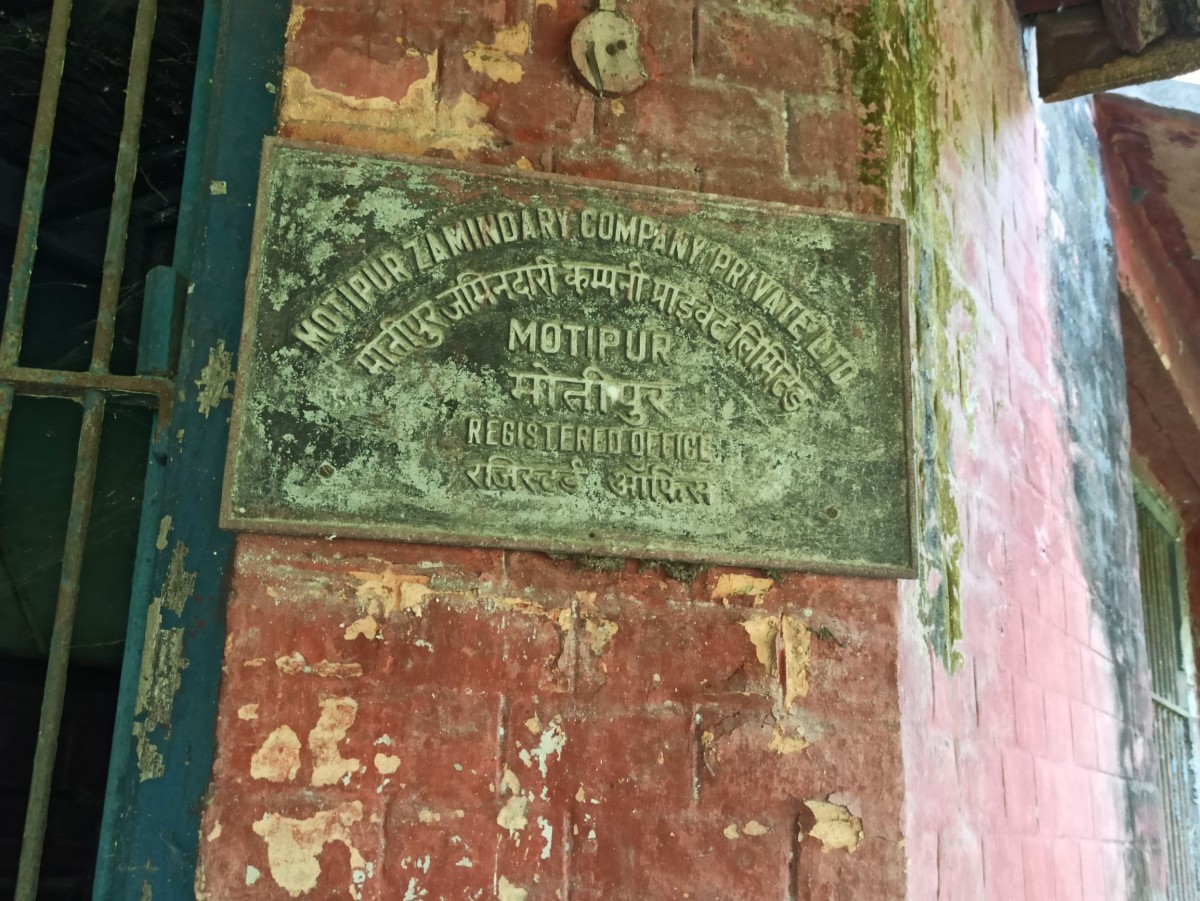 The mill was founded in 1932 by the Motipur Zamindari Company Private Ltd. Photo: Manoj Singh

A walk through the premises gives a tiny glimpse of the mill’s nearly seven-decade-long history. The guard’s bicycle is parked close to a wall where another plaque is fixed. It reads – Bihar State Sugar Corporation Limited Unit Motipur, Post Motipur district Muzaffarpur.

Further on, an iron plaque outside the room reads ‘Motipur Zamindari Company Private Limited’ and ‘Registered Office’. Some employees still visit this office for keeping track of the employees’ provident fund and their dues. No one was there when The Wire visited.

The Motipur Sugar Factory Employees Provident Office is adjacent to the building, but it is also closed. The dire condition suggests that the place has not been frequented in years.

Also read: Nitish Kumar Once Had the Power to Unite Bihar’s Women Voters – But No Longer

The Nitish Kumar government handed over the Motipur sugar mill to the IPL in 2011 in an attempt to revive the state’s closed sugar mills. Along with this unit, Lauria, Sugauli and Rayam sugar mills were also assigned to separate companies.

The sugar mill owner had moved the high court against handing the operations of the mill to IPL. The case is currently pending in the Supreme Court. 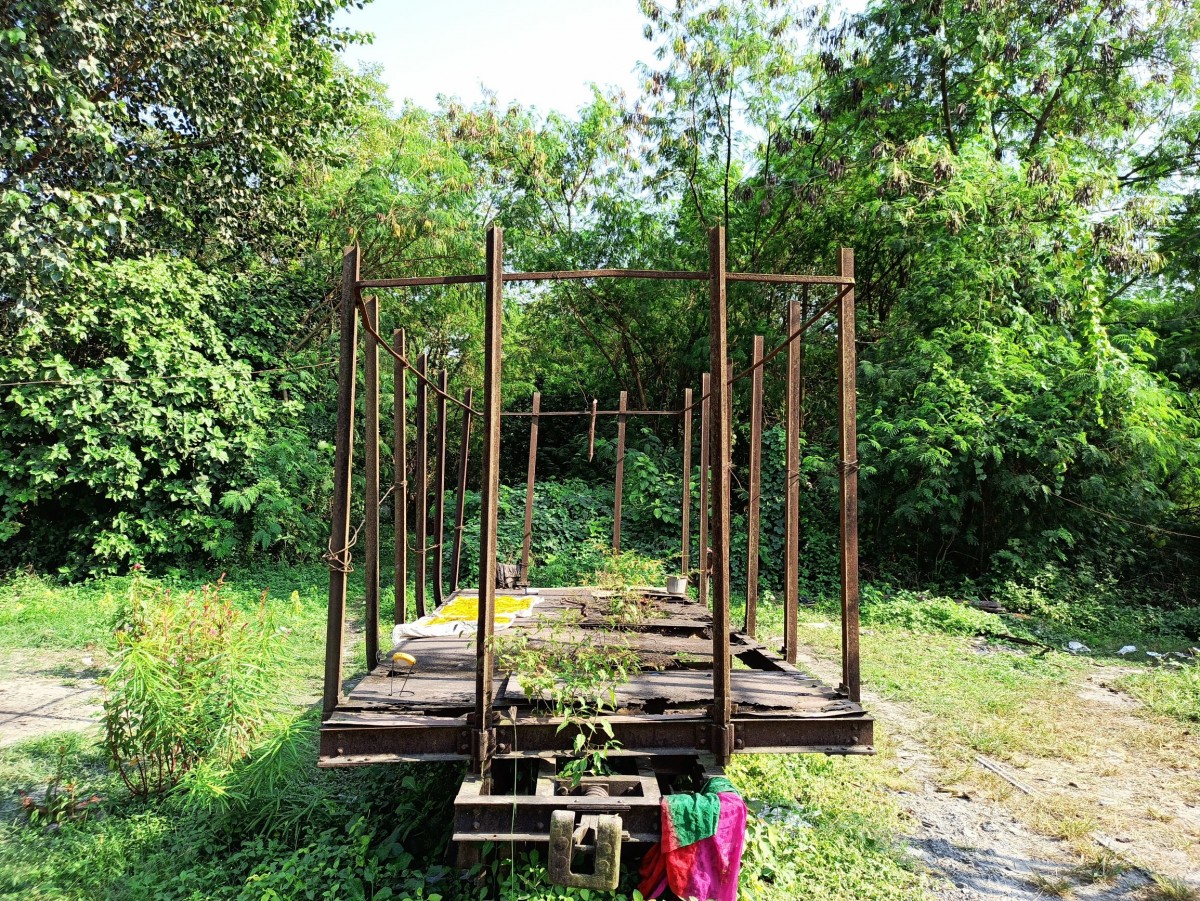 Besides the sugar mill in Motipur, more than 17 other sugar mills in Bihar share a similar fate. The first sugar mill in Bihar was established in 1904 at Marhaura in Saran district. A year later, another mill was established at Lauria in West Champaran followed by yet another one in 1906 at Bara Chakia in East Champaran. Later, Raiyam of Darbhanga and Lohut of Madhubani each got a mill in 1914. In Siwan, the sugar mill came up in 1918 and in Samastipur in 1920. In view of sugar mills mushrooming in Bihar, a Sugarcane Department was set up in 1930.

Between 1932 and 1935, more sugar mills came up at Hathua in Gopalganj district, Sugauli and Siwan in East Champaran, Motipur in Muzaffarpur, Goraul in Saran, Sakari in Madhubani, Guraru in Gaya, Warisaliganj in Nawada, Bihta in Patna, Chanpatia in West Champaran and Banmankhi in Purnia. 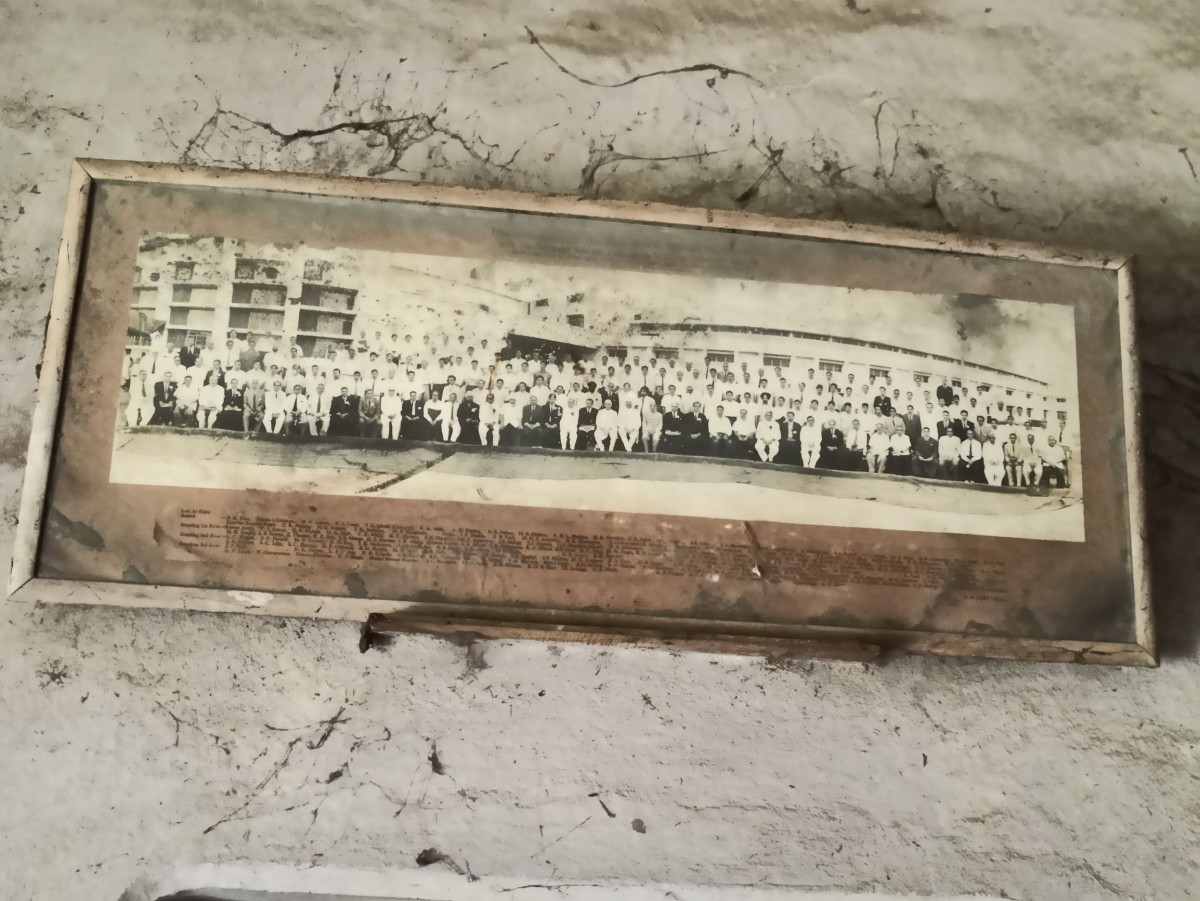 By 1940, 33 sugar mills had been established in Bihar, all of whom were set up by the private sector. The condition of these sugar mills had started deteriorating by 1975. With the aim of managing and reviving closed sugar mills, the government then established the Bihar State Sugar Corporation (BSSC) on September 28, 1974. In 1976, seven sugar mills – Banmankhi, Guraru, Bihta, Goraul, Raiyam, Warisaliganj and Samastipur – were transferred to the BSSC. Two years later, under the UP Sugar Undertakings (Acquisition) Act 1976, the BSSC acquired these sugar mills in addition to two other sugar mills at Sikri and Lohat. The Motipur sugar mill was also operated by the BSSC under the Industries (Development and Regulation) Act 1951. In this way, the corporation continued to operate a total of ten sugar mills till 1984-85.

During this period, four more private sector sugar mills at Hathua, Siwan, Lauria and Sugauli became dysfunctional. The BSSC took over their operations as well, but by 1996-97, the corporation, which had been set up as a cure for the ailing sugar mills, itself became ill. In 1996-97 the Corporation’s seven sugar mills – New Siwan, Siwan, Rayam, Goraul, Bihta, Warisleiganj, Guraru – closed operations due to ‘unprofitable crushing and financial losses’. After this, Lauria and Sugauli were also closed. Later all the sugar mills run by the corporation were closed. 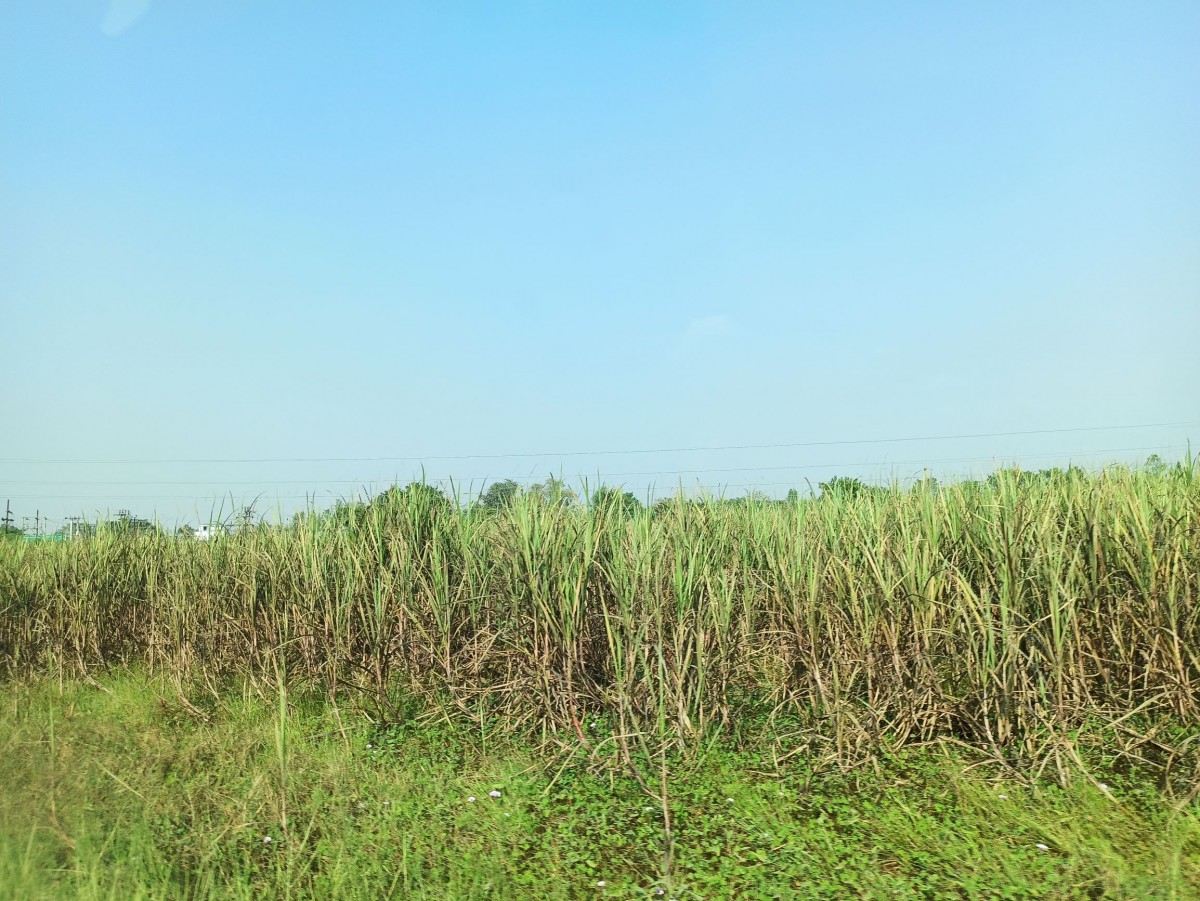 At present, only 11 out of 28 sugar mills in Bihar – Bagaha, Harinagar, Narkatiaganj, Majhaulia, Sasamusa, Gopalganj, Sidhwalia, Riga, Hasanpur, Lauria and Sugauli – are operational. These sugar mills are located across six districts.

In recent years, the government has succeeded in reviving only two closed sugar mills, namely Lauria and Sugauli.

The closure of the sugar mills not only threw the lives of its employees out of balance, but had a major impact on sugarcane cultivation in the region areas. Being the primary cash crop, sugarcane farming was a major source of livelihood for farmers. With the cultivation facing a setback, the condition of the farmers worsened.

There was a time when 40% of sugarcane in the country was produced in Bihar. Today, it has been reduced to less than 4%. Sugarcane now accounts for only 3.2% of the total cultivable area in Bihar, and that number is continuously decreasing.

Also read: Why Government School, College Teachers in Bihar No Longer Have Faith in Nitish Kumar

Seventy-four-year-old Jagarnath Singh, of Singahi village in Paru block of Muzaffurpur district, says that sugarcane was cultivated extensively in and around his village. The weighing centre for the Motipur sugar mill was located at Jasoli where half of the sugarcane was supplied from his village, he said. When the sugar mill closed, sugarcane farming began to scale down. After Motipur, the sugar mills of Chakia and Sugauli were also closed. Though the mill at Sidhwalia is functioning, it is 65 km away from Singahi village. Transporting sugarcane there is quite expensive. Hence, sugarcane cultivation ceased in the area. Now, paddy and wheat are the main crops but the cost of cultivation for these crops is quite high, and the profit is low. The potato crop is harmed by wild animals. This year, the flood damaged the entire paddy crop, Singh said. 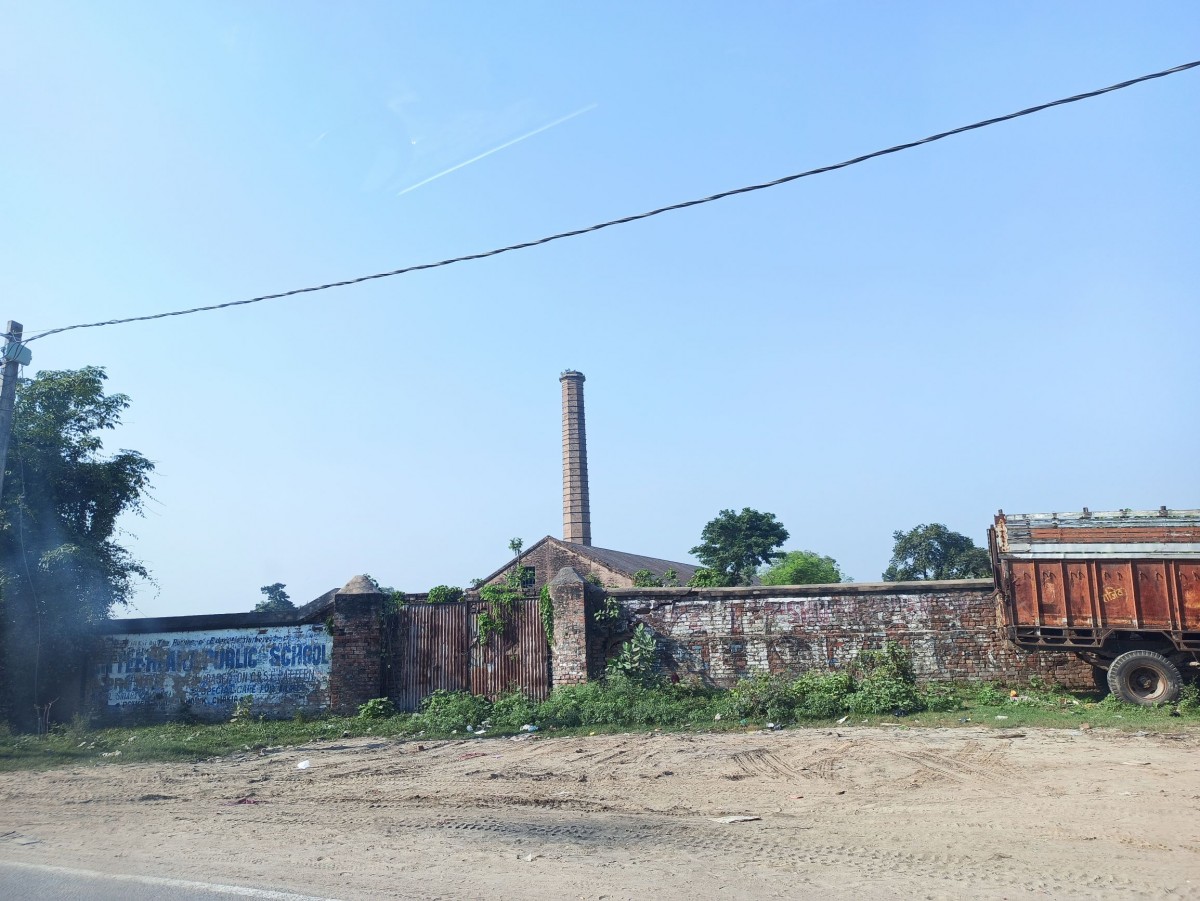 A resident of Asaon village, Shyam Bahadur Gond, is a sugarcane juice seller in Siwan’s Gehilapur. Gond claims that he cannot find sugarcane in his district and has to purchase it from Bhatpar Rani in Deoria district of UP.

Today, sugarcane cultivation in Bihar has been restricted to three districts – West Champaran, East Champaran and Gopalganj. In fact, half of the total sugarcane is now produced in only West Champaran.

Sugarcane is a crop that provides a wide variety of raw materials for the agro-based industry in addition to providing employment to a large number of labourers. Ethyl alcohol, bagasse and mud are its major by-products. Bagasse is used in power generation besides being employed in the manufacture of plywood and fibre boards. The muds, on the other hand, are used in preparing bio-fertilisers.

The closure of sugar mills not only rendered thousands of workers unemployed but even crippled the cultivation of the cash crop which was the mainstay for millions of farmers in the region.

During the 2014 Lok Sabha elections, then prime ministerial candidate Narendra Modi had brought up the issue of closed sugar mills in his public meetings. Addressing a rally at Motipur, he had proclaimed that the next time he visits the town, he would be drinking tea with sugar from the mill. In the assembly elections this year, the prime minister did come here to hold a meeting – but neither was the mill mentioned, nor the tea.