Bihar Elections: A Poster War in Patna Reflects the BJP Vs RJD Battle

It is clear that the electoral race is largely between the RJD and the BJP to finish at the top.

Patna: Days ahead of the first phase of polling, Patna had come to reflect the competitive politics that is at play in Bihar. Banners of Prime Minister Narendra Modi and Rashtriya Janata Dal leader Tejashwi Yadav were visible at almost all the prominent spots in Bihar’s capital.

Given its financial might, the BJP’s hoardings, of course, outnumber those of the RJD’s. The saffron party’s hoardings are bigger, and are placed at better spots, while Tejashwi’s are hung in relatively obscure locations. Across the state, the extremely low number of flex boards portraying Nitish Kumar signal that the Janata Dal (United) hasn’t bothered to invest much in the poster game.

Modi’s hoardings carry simple, but defensive, messages that urge people to vote the National Democratic Alliance back to power. “Bharosa hai, jisne ghar-ghar bijli pahunchayi, wohin rojgaar naye dilayega (We have faith that the one who got electricity to every home, only he will ensure new jobs),” claims one BJP’s hoarding that is conspicuous by Nitish’s absence.

BJP’s hoardings remind people of the alleged “jungleraj” during Lalu Prasad Yadav’s 15-year regime, or attempt to scare people of an imminent collapse in the law and order situation if the RJD-led alliance is voted to power.

Most voters agree that BJP’s messaging is a not-so-tacit admission of the strong state-wide resentment against Nitish, and that the saffron party’s posters are its last-ditch effort to redeem some of the losses that the NDA could face.

Tejashwi’s, on the other hand, are marked by some clarity in messaging. All his posters either talk about “badlaav” or “parivartan”, meaning change, or promise rozgaar (employment). 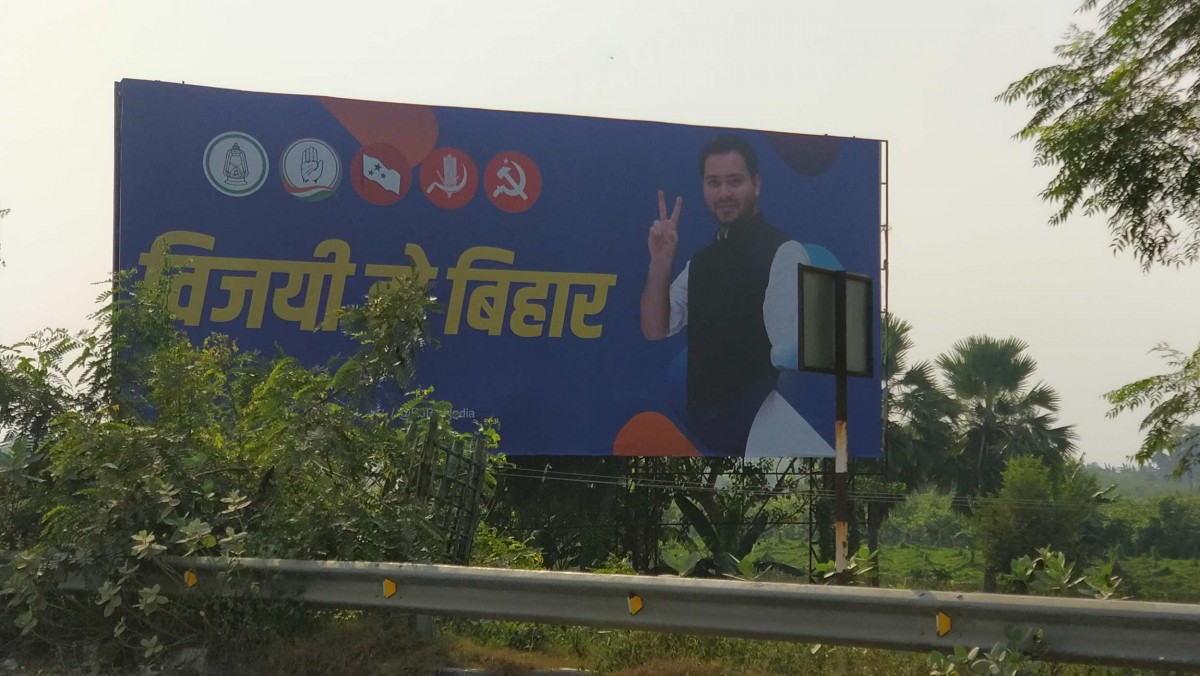 As the first phase of polling ended on Wednesday in 71 seats, Modi trained his guns directly at Tejashwi. “Jungleraaj ka yuvaraaj (Prince of Jungleraaj),” he said in a dig at the opposition’s chief ministerial candidate. In the previous rallies, he had only made indirect attacks on the much younger face of the opposition, focusing more on the “jungleraaj” of yesteryears. Modi thinking of Tejashwi as a worthy enough contender to be directly attacked reflects how the state’s voters have evidently shown their preference for change over the last week.

It is clear that the electoral race is largely between the RJD and the BJP to finish at the top. This contest is mostly arithmetical. It doesn’t reflect on the ground because both parties are not pitted against each other in a majority of seats. While RJD’s ally Congress has got most seats against BJP in the Mahagathbandhan’s seat distribution, the RJD is mostly fighting the JD(U) in the majority rural seats.

Yet, the lack of resentment against the BJP across the state has made many of its supporters and leaders hopeful that it can still retain its ground, despite the fact that Nitish is fighting his toughest battle yet. Janata Dal (United) candidates, everyone agrees, will face the maximum brunt of the anti-incumbency against Nitish.

Precisely for this, one finds BJP leaders and workers distancing themselves from the JD(U) in campaigns. In many places, like Muzaffarpur, this correspondent found BJP workers actively attacking Nitish, while defending its party’s candidate and two-time MLA from the city. They see the anger against Nitish, and hope to prevent a BJP downfall in the process. They also imagine a situation in which the BJP secures a good enough number of seats to form a government with other smaller players like the LJP, Upendra Khushwaha’s Rashtriya Lok Samata Party, or Pappu Yadav’s Jan Adhikar Party. That is why they have only focused their campaign against Tejashwi, and none of the other opposition leaders.

“Centre toh bhej raha hai magar idhar sab gayab ho jaata hai (Centre is sending funds to Bihar but the same disappears here),” said a BJP supporter in Muzaffarpur. This sentiment seems to have percolated down to the marginalised communities in seats where the BJP itself is contesting. In these seats, which are mostly urban, Modi is the poster boy. 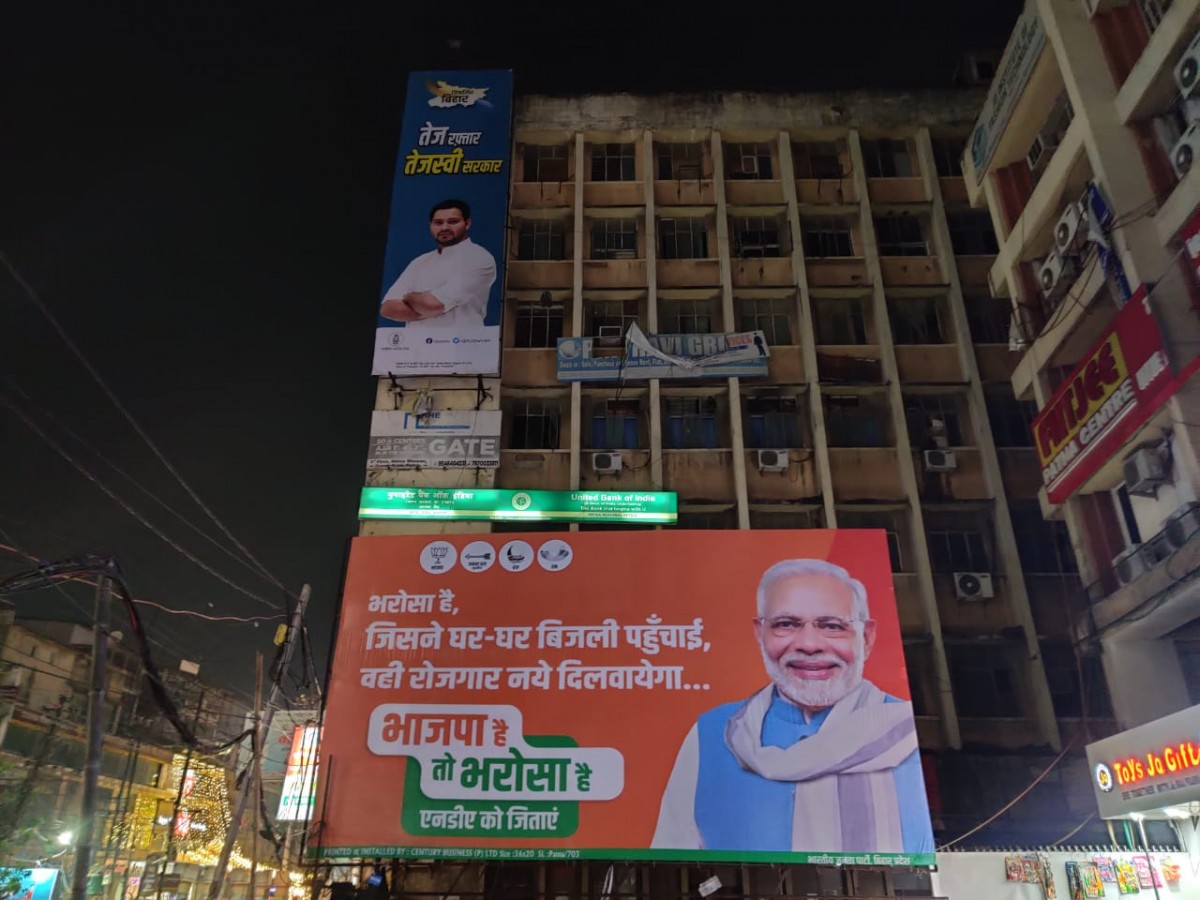 The RJD, in contrast, is banking on its own performance in the 143 constituencies from where it contesting to up the opposition numbers. The party has a state-wide presence, unlike its partners in the Left and the Congress. The Left is fighting a good contest in seats where it has a strong organisational presence. But it is also a very weak opposition in at least 10 out of the 30 seats it has in its kitty.

The Congress is contesting 70 seats but is said to be in contest in only half of them. In the rest of the seats, its candidates haven’t had a good campaign. For instance, in both Barh and Harnaut seats of Nalanda, where The Wire visited, hardly anyone seemed to even know the Congress candidates, Satyendra Bahadur and Kundan Gupta.

The NDA versus UPA electoral contest is thus being perceived as essentially a battle between the RJD and BJP and their ability to be in a position to secure a simple majority in a complicated post-poll scenario.

However, many of these projections may turn out to be merely speculative. The BJP, over the last few days, has increasingly projected Modi to attract votes to beat anti-incumbency against both Nitish and its own sitting MLAs. Given the prime minister’s popularity among a large section of Hindu voters in the state, this appears to be a good move to prevent any further acrimony or damage. However, most voters did not speak of Modi by themselves until asked. Modi’s personality cult, as most trends indicate, will not be an electoral factor.

Compared to Tejashwi’s, the response to his rallies have been substandard and several chairs have remained empty. This is difficult to fathom, given the prime minister’s impressive ability to pull crowds. On the other hand, the electorate will definitely keep Nitish and Tejashwi in mind while voting. 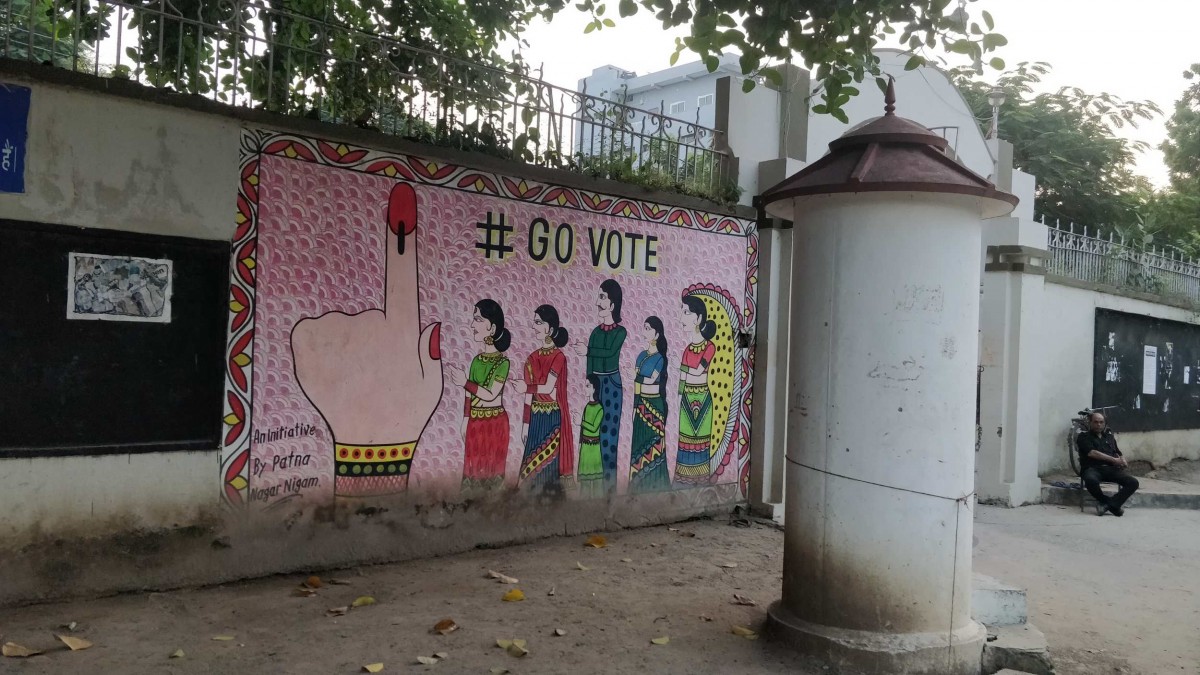 The opposition’s call for “badlaav” (change) has remained constant and has grown louder.

However, the campaigns of the ruling parties have come a long way in the last fortnight. The BJP has nearly dumped its slogan of “atmanirbhar Bihar” (self-dependent Bihar), and has sought to advance a specific campaign against the RJD. One barely finds any takers for JD(U)’s “Tarakki dikhti hai” (Progress is visible). The usually composed Nitish has lost his cool at least twice during his speeches.

The near wipe-out of Nitish in the poster war, and in BJP’s campaign, is a big fall for the chief minister who until recently was described as the sushashan babu (man who gave good governance).