Locals were hopeful that the paper mill would bring much-needed employment to the region. Four decades later, that hope no longer exists. 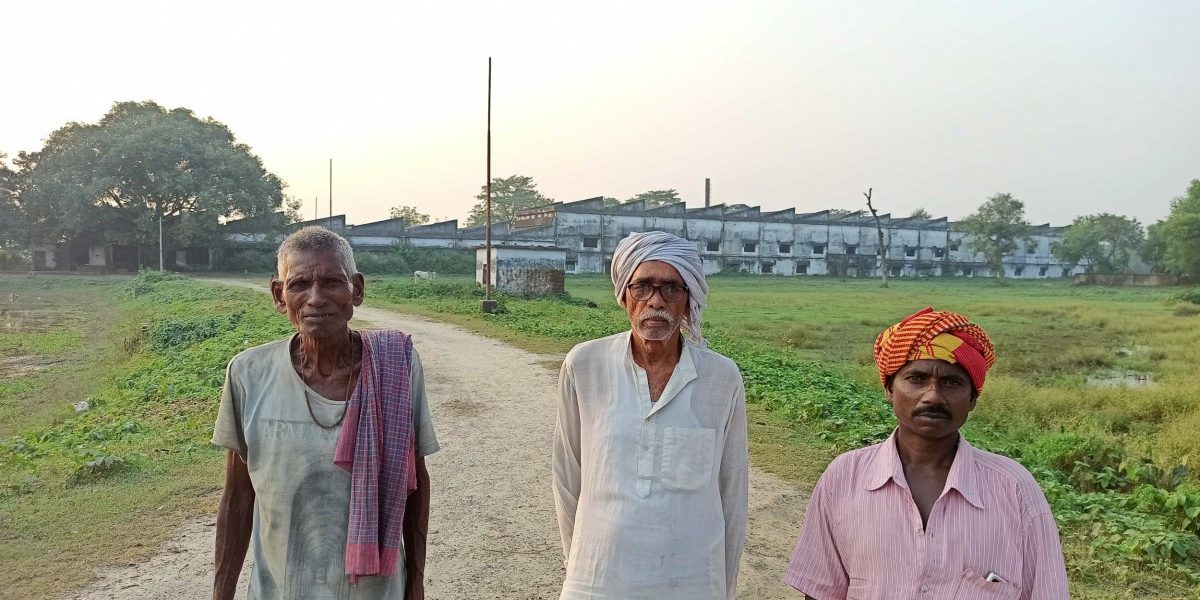 Baijnathpur (Bihar): Baijnathpur is located five km before Saharsa district on the Madhepura-Saharsa national highway in Bihar. Along the highway there’s a desolate, run-down building – the ‘Baijnath Paper Mill’, a signboard by the side of the road indicates. The unit, however, has been non-functional for the past four decades.

On the right side of the mill’s main gate, 52-year-old Bhupendra Sharma runs a tea stall. Bhupendra was one of the workers who constructed the mill building, along with hundreds of other labourers from his village. Construction began when he was 12 years old.

Bhupendra spent months working at the site as a child labourer. In exchange for eight hours of tough labour, he was paid Rs 2 while adult labourers used to get a daily wage of Rs 5. It took four years for the mill building to be completed in 1975-76. But operations never began.

In the last four decades, all parties that are the big players in the upcoming assembly elections, have been in power in Bihar.

The assembly polls this year are being contested on issues of migration, unemployment and the dearth of factories in the state. Tejashwi Yadav, the Mahagatbandhan’s chief ministerial candidate, has raised the question of unemployment in all his public meetings. He has also announced that if voted to power, he would sanction 10 lakh jobs in the first cabinet meeting, and that new factories would be set up while existing units start operations.

In a recent statement, chief minister Nitish Kumar said that large-scale industries are more prevalent in coastal states, claiming that he made a lot of efforts but they (the industrialists) did not come (to set up industries in the state). The opposition has lashed out at Nitish for such claims.

Bhupendra can’t understand why the paper mill never functioned. “They had decked up the paper mill like a bride,” he says. “But no one knows how it collapsed. Nobody could revive it. Now, it is dead and you’re looking at a corpse.” As the paper mill failed to start operations, the hopes of local labourers were crushed. They had thought that since the paper mill had come up in their vicinity, they would no longer have to migrate for work.

As a teenager, Bhupendra had left for Punjab to find work. There, he did odd jobs as a daily wager for over 15 years at a farm house and in different foodgrain markets. Upon returning to Baijnathpur, he set up a tea stall on the roadside when he could not find any other work.

Now, his three sons have migrated to Pune for work. “Why would my sons and I have to migrate for work if the mill had been running?” asks Bhupendra.

There seems to be no end to Bhupendra’s troubles. He has recently been told by the authorities to remove his tea stall, as it stands on ‘encroached’ land. “The authorities have asked me to remove my shop from the roadside,” says a distressed Bhupendra. “Where will I go now? The paper mill used up 51 acres of village land, leaving us without work. We are forced to live a disgraceful life.”

The paper mill is constructed over an area of 51 acres which was once agricultural land. It belonged to big landowners from Saharsa. Dalits and the people belonging to other backward communities in the area used to take the land on lease and cultivate it as sharecroppers.

Also read: Bihar: In Villages on Indo-Nepal Border, COVID-19 Curbs Have Thrown Business Out of Gear

Shambhu Mukhiya is one such farm worker. He used to pay Rs 6,000 annually to till the land. He cultivated it for 20 years, after which the government acquired the land for constructing the mill. He had hoped then that he would find work at the paper mill, but the unit never functioned.

Shambhu believes that if the paper mill had not been built there, they would at least have their old livelihood and a chance at a better life. He says that he tried to organise the people and raised the demand for making the paper mill functional. If not, he had said, the land should be handed back to the locals for agriculture. But his demands were not met; nobody came out in his support and he was left alone to protest. Now, he lives in a hut on the mill premises – but the authorities have asked him to vacate that too.

When the mill was built, it had been furnished with all the necessary structures and equipment. An office was built near the main gate. But the equipment has rusted now. The road leading to the mill still exists.

Raghuni Sharma, who worked also as a labourer in the construction of the mill building and installation of machines, has turned 80. When the mill did not open, he too moved to Punjab and Haryana and started working as a labourer. Now, his sons are also working as labourers. 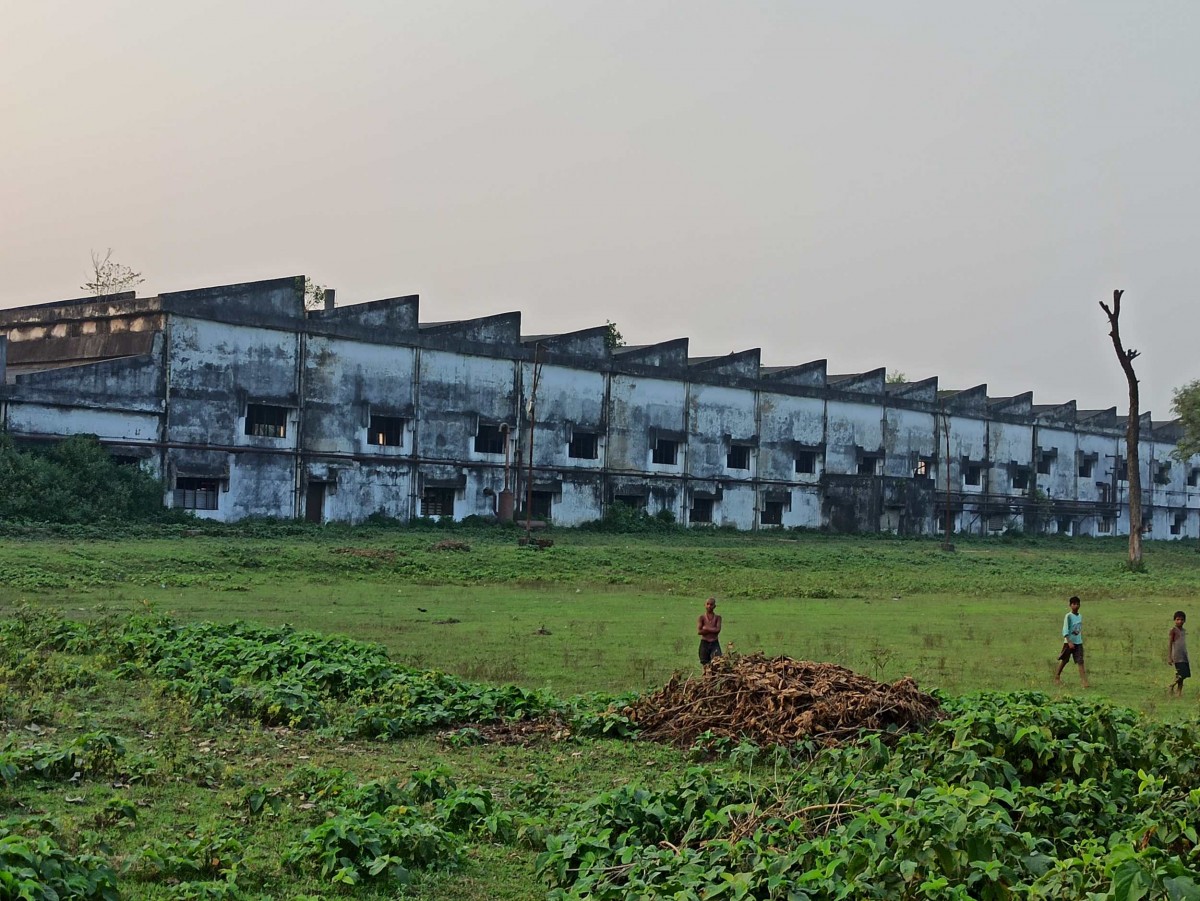 Kailash Sharma, a mason who contributed to the unit’s construction, says that former Bihar finance minister Shankar Prasad Tekriwal made several efforts to arrange Rs 2 crore for the mill, but the money was never allocated.

The people of Saharsa blame the political rivalry between two prominent state leaders, Ramesh Jha and Tekriwal, for the closure of the paper mill. The mill came up when Jha, who represented Saharsa in the Congress government, became the industries minister. Later, Tekriwal was elected from Saharsa and became the finance minister but he could not get the mill to function.

It is believed that the Bihar government tried to rope in several private entrepreneurs to operate the mill, but did not succeed. Then the government decided to run the mill on its own but the idea never hit the ground.

At present, there are two guards posted here to look after the mill premises.

Watch: Biharis Will Be Rid of Unemployment, Poverty Only After Getting Special Status: KC Tyagi

Sattar Mukhiya was a Class 5 student when construction for the mill began. After school, he would work as a labourer at the mill building. When the mill did not start operating, he travelled to Ludhiana and Pathankot to work as a labourer. Later, he worked as a porter in a foodgrain market. He returned to the village before the coronavirus-induced lockdown and has been stuck here ever since. He claims that the lockdown has cost him two seasons worth of income.

“The 14 wards of Baijnathpur are mostly inhabited by poor people,” he says, “all of whom survive on daily wages. More than 100 people from the village work as labourers across foodgrain markets in Punjab. The workers who returned home during the lockdown have left for work again.”

Sattar believes that in the ongoing election season, politicians will once again raise the issue of the paper mill for political gains. Many senior leaders have held rallies here in the past too, all of whom promised that they would get the mill running. But nobody has delivered.

Sattar is well-informed about the elections and the contestants who have entered the fray. For instance, he speaks of Lovely Anand filing nomination papers from Saharsa on the morning that he spoke to The Wire. When asked where he gets his election information, he says that it is usual for local people to discuss such issues. A dilapidated signboard for the paper mill. Photo: Manoj Singh

The Baijnathpur paper mill has been restricted to a poll issue now – one of the crucial ones concerning the area. A journalist based in Saharsa, Arvind Jha, says that though fresh candidates are vocal about the issue, the leaders who have served as MLAs, MPs or ministers in the area do not bring it up. If they did, they would have to answer why they did not have the mill opened while in power.

The Economic Survey further says that 11,62,000 workers are employed in a total of 2,908 factories operating in Bihar. On average, there are 40 workers in each factory – which is almost half the national average of 76.7. These figures present a picture of the poor condition of industrialisation in Bihar. The Baijnathpur paper mill is only a symptom of a bigger problem.