Bihar Election Results: Six Trends That Could Determine the Outcome

While the contest between the NDA and the 'Mahagathbandhan' is likely to go down to the wire, some aspects are clear from the early trends.

New Delhi: With only 25% of the vote counted until 1:30 pm on Tuesday and another 40 rounds of counting to go, the Bihar polls are surely going down to the wire. At the time of writing, the National Democratic Alliance maintained a steady lead in 126 seats, while the Mahagathbandhan is ahead in 106. But it may be too early to analyse the trends as around 50 seats are witnessing a really tight contest with margins less than 1,000 votes. In almost half of them, the difference between the top two candidates is less than 500 votes, according to various reports. In over 120 seats, the margins are less than 3,000.

The Election Commission of India (ECI) has said that only a little over one crore votes out of around 4.10 crore ballots have been counted. And given that the number of electronic voting machines is unusually high this time around, clear trends will only start to come late Tuesday evening.

However, a few aspects of the polls are clear according to the early trends.

One, the Left parties, especially the CPI (ML-Liberation), has performed especially well, leading in 13 of the 19 seats it has contested. The CPI and CPI (M) are also faring better in terms of strike rate if compared to their larger ally in the opposition alliance, the Congress.

Two, the grand-old party, which contested 70 seats, is performing rather poorly, leading in only a little over 20 seats. That seems to have taken the shine off of the RJD-led alliance. This may lead to many in the RJD questioning Tejashwi Yadav’s decision to give so many seats to the Congress, which had already lost much of its support. The Congress was supposed to wrest a substantial chunk of upper caste votes away from the BJP, but those anti-incumbency votes largely appear to have gone to LJP candidates. 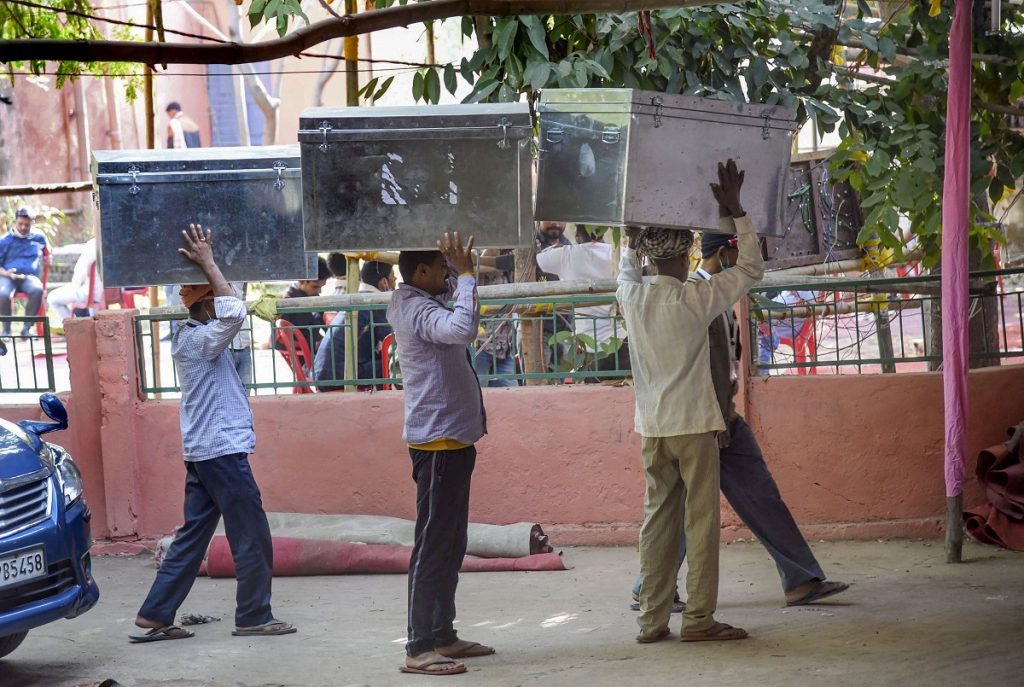 Workers return EVMs to a strong room during counting of the Bihar assembly polls in Patna, November 10, 2020. Photo: PTI

Three, beating all assumptions, the Janata Dal (United) is doing much better than expected, especially given the perception of a surge of negative sentiment against chief minister Nitish Kumar. While some JD(U) ministers like Suresh Kumar Sharma and Nand Kishore Yadav are trailing or have slender leads, in their respective constituencies, the other candidates from the party appear to be holding on to their strongholds.

Interestingly, the Muslim candidates of the JD(U) are leading in their territories, while many of the RJD’s minority contestants appear to be trailing. This perhaps hints that the BJP has been successful in polarising the elections on religious lines. At the same time, Nitish Kumar’s support among the EBC Muslims and other most backward classes remains more or less intact. The party’s current vote share is at 15.7%, only marginally down from its 2015 figure.

The losses it seems to face in terms of seats has mostly resulted from the BJP’s vote bank of upper caste groups deserting the JD(U) in favour of Chirag Paswan’s LJP.

Yet, in the face of collective attack against him from all fronts, Nitish Kumar has emerged as a winner. JD(U) is leading in 47 seats at the time of writing. He has also cemented his reputation that only he enjoys the most appeal across all castes and communities. Although much of his vote bank became critical of him, it seems that they stuck with Nitish this time around.

While BJP appears to have benefitted from Nitish’s support base, the JD(U) doesn’t seem to have gained from the alliance with the saffron party. Political analyst Sajjan Kumar avers that this explains JD(U)’s losses and also BJP’s gains.

Four, the BJP itself has improved its performance because of its alliance with the JD(U). It appears to be the biggest gainer in these polls and could finish as the single largest party in the end. Although some of its senior leaders like Gyanendra Singh Gyanu and Suresh Sharma are trailing in their seats, its performance overall has been on expected lines. Although there was palpable anti-incumbency against Nitish, there was no such negative sentiment against BJP. 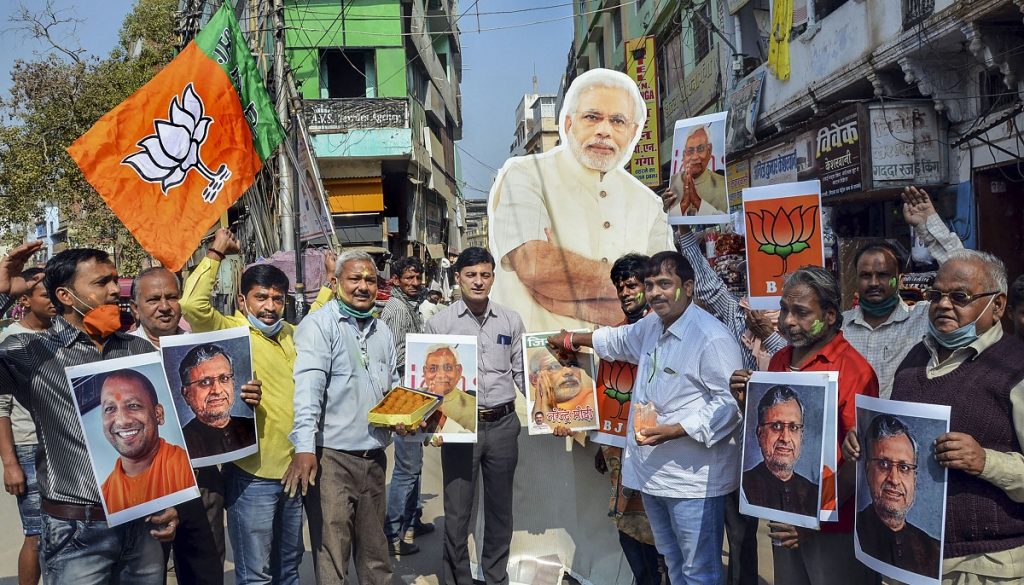 Five, the anti-incumbency against Nitish Kumar reflects in the vote share gains by the Mahagathbandhan. The RJD is expected to gain at least 5 percentage points from its 2015 vote share (18.4). However, it must be noted that the RJD is contesting more seats this time around than it did in 2015. The Left too has gained significantly.

Six, both the alliances are likely to finish with three-digit figures at the end, reflecting the close contest that the election has turned out to be.

The polls were always expected to be a tough contest between the two, given the NDA looked pretty solid in terms of the caste arithmetic. The opposition alliance was fighting to splinter that vote in its favour and get those “plus votes” apart from its traditional Muslim-Yadav vote bank. Since a large chunk of the votes are still to be counted, tensions are high, with both camps refusing to concede defeat.