Brother of Bhim Army’s Saharanpur president was shot and killed by unknown assailants. 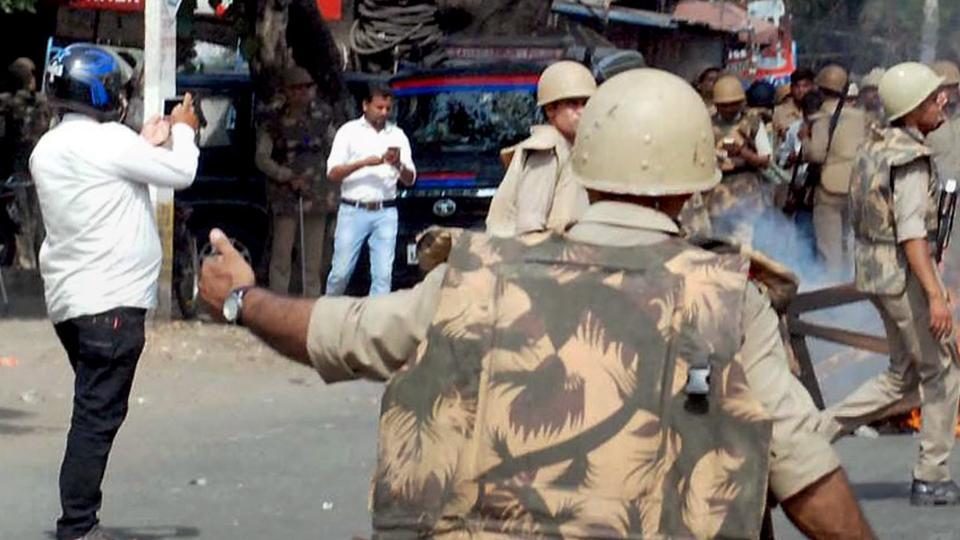 The incident has taken place a year after violence had erupted in Saharanpur in May 2017 around the time of Maharana Pratap Jayanti. Credit: PTI/File Photo

New Delhi: Tension has gripped Saharanpur, after the brother of a Bhim Army leader was shot to death earlier in the day in the Western Uttar Pradesh town which is the birthplace of the Bhim army. Sachin Walia, brother of Bhim Army’s Saharanpur president, Kamal Walia was shot by unknown assailants. “He has been shot and killed. We don’t know much else at this time” said Kamal Walia.

According to News 18, tension had been simmering in Saharanpur after the Bhim Army issued a diktat, warning residents against celebrating Maharana Pratap Jayanti. The Bhim Army, however, has denied this. “There is nothing of this kind. We didn’t stop anyone from doing anything,” said Deepak Baudh, a member of the Bhim Army.

The incident has taken place a year after violence had erupted in Saharanpur in May 2017 around the time of Maharana Pratap Jayanti when residents of Shabbirpur, a village in Saharanpur district, amidst continuing Dalit-Thakur tensions, had objected to a procession commemorating Maharana Pratap. The ensuing violence led to the burning of 55 Dalit homes in the village and grievous injuries to several residents including women and children.

The Bhim Army gained national prominence, when in reaction to the Shabbirpur incident, it organised a protest meeting in Saharanpur which resulted in a clash with the police. Cases were registered against all known members of the Bhim Army and several of them went into hiding. Chandrashekar Azad, the leader of the Bhim Army, was arrested in June, after a prolonged period of hiding. He continues to be in jail under the draconian National Security Act.