Not wanting to irk Hindu voters of the upcoming assembly polls, none of the parties had called for the suspension of the festivities this year. 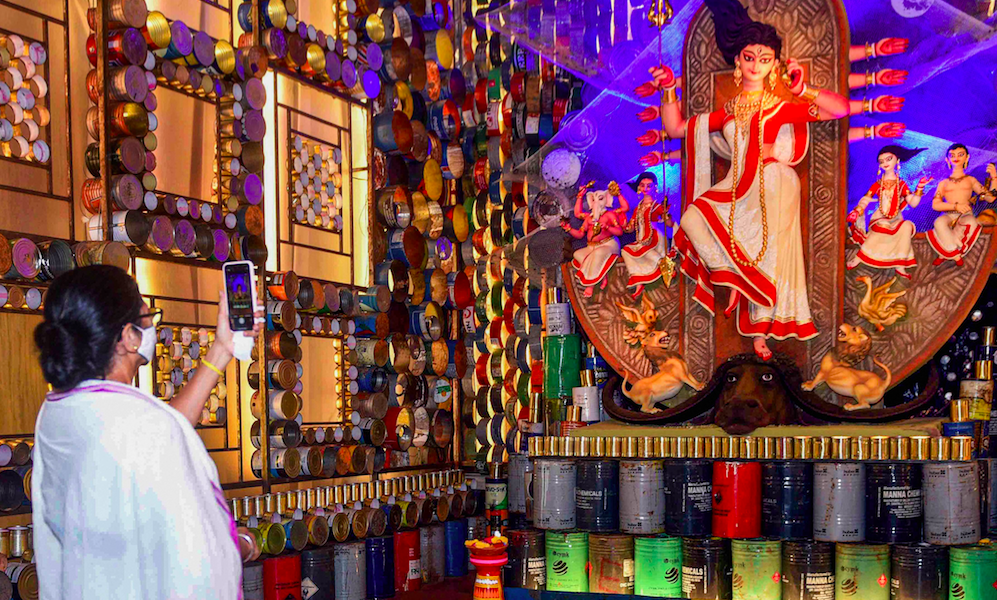 Kolkata: Literally three days before Bengal’s biggest festival, the Durga Puja, the Calcutta high court’s order declaring all puja pandals across the state ‘no-entry zones’ for visitors has dealt a blow to the prevailing politics at play.

While hearing a public interest litigation (PIL), the division bench of Justice Sanjib Banerjee and Justice Arijit Banerjee made several observations and introduced several conditions that vastly limit the celebrations in view of the health crisis.

However, the court verdict has not cleared some pertinent questions— what if people gather five metres and 10 metres away from the pandals? What if the gathering happens at eateries, malls, public places, parks? Who would control such gatherings?

There was no official reaction from the ruling Trinamool Congress (TMC) even when the court directives became a key talking point in the state. Few elected representatives spoke to locals in their individual capacity but there was no consensus.

“Durga Puja will happen, but we must avoid crowds and follow guidelines and be extra careful,” Banerjee had said that day. Indirectly attacking the BJP, she said, “Some vultures are out there to blame us if we cancel the Puja or they attack us even if we ask to organise Puja following guidelines.”

Earlier on September 14, Banerjee had announced a monthly stipend of Rs 1,000 each for around 8,000 poor Hindu purohits (priests) in the state.

These moves are visibly significant as BJP and its ideological fountainhead— the RSS—have, over the last few years, successfully engineered the narrative that Banerjee is “anti-Hindu” and that her policies have all revolved around “appeasing” only the minority groups. With the upcoming assembly election, Banerjee surely does not want to give any opportunity to the BJP to attack her with the “anti-Hindu” rhetoric. 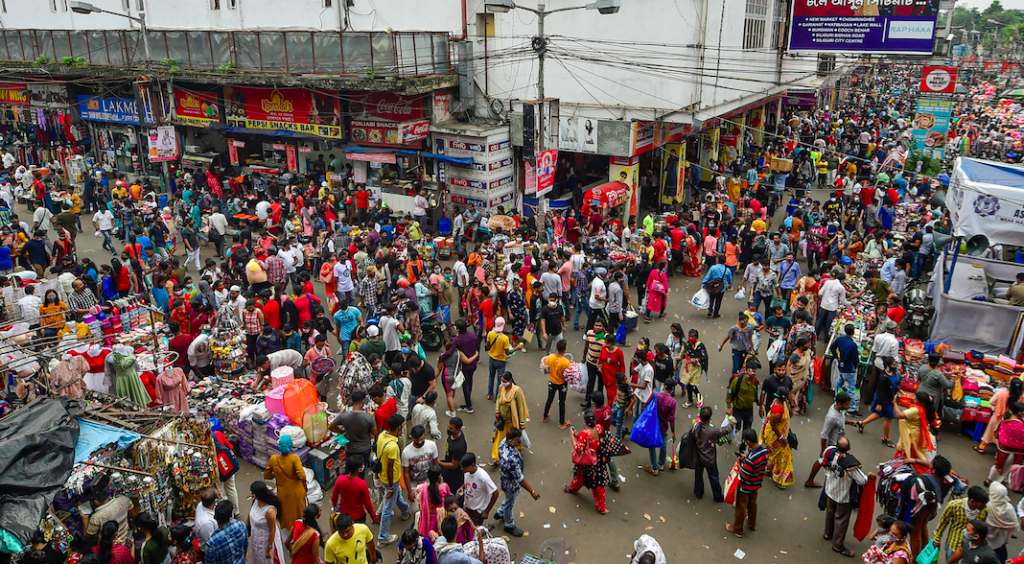 A Trinamool MLA from North 24 Parganas, on the condition of anonymity, has told The Wire, “Most party leaders won’t do Durga Puja this year. But this is like giving the best weapon to BJP just a few months away from election.”

Trinamool veteran and MP from Serampore, Kalyan Banerjee, while addressing people in Chanditala on Sunday said, “This year organising Durga Puja is a great challenge. This is because of COVID-19. I request you to not indulge in a pandal-hopping spree. Avoid visiting Kolkata Pujas.”

In a letter to the chief minister, notable doctors from Kolkata expressed their concern over the relentless surge in the COVID-19 cases in Bengal. The doctor’s forum in the letter urged her to take stricter measures to restrict public gathering during Durga puja, else it would be “suicidal” as it might “lead to a tsunami” of infections.

What’s worrying the most here is that the ruling dispensation is aware of the COVID-19 situation in the state, they know the scale of crowds during Durga Puja, they are also aware of the danger that lies ahead if gatherings take place. Even then the state government has gone ahead just to ensure political leverage.

The principal opponent of TMC in Bengal, BJP, was virtually silent on the Durga Puja issue. A key reason behind this could be that while last year several BJP leaders inaugurated Pujas in and around Kolkata, this year has been a lean one for ceremonies such as inaugurations.

Congress and the Left parties have remained muted all along on the Durga Puja issue.

Political compulsion behind the state government’s move is palpable as not a single political party came out demanding the suspension of Durga Puja this year.

COVID-19 in the state

According to the West Bengal health department data, as of Monday, COVID-19 deaths in Bengal were 6,119, with 63 new fatalities. The state also logged a record number of 3,992 fresh cases, which brought the total up to 3,21,036. Between September 19 and October 19, the state added over 1.02 lakh cases. In the same period, the state registered 1,821 deaths from the novel Coronavirus.

There was no change in the number of intensive care unit (ICU) beds and ventilators in the last one month. The number of ICU beds stand at 1,243, whereas the state has 790 ventilators to treat COVID-19 patients.