The attack comes days after the researcher accompanied an NHRC team to record the statements of rape and sexual assault survivors who have filed FIRs against police personnel. 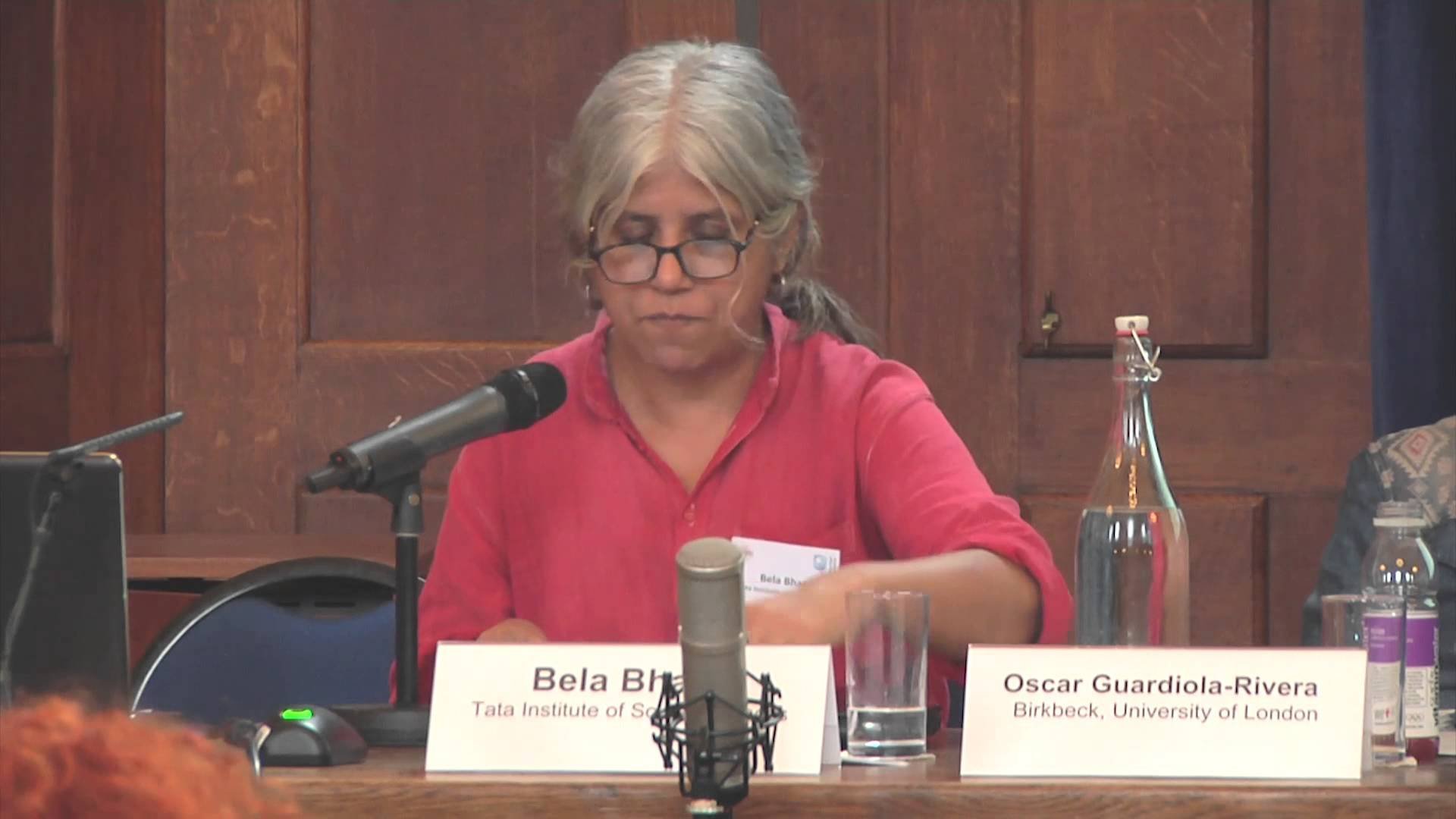 Days after the Bastar-based academic and researcher Bela Bhatia accompanied a National Human Rights Commission (NHRC) team to record the statements of rape and sexual assault survivors who have filed FIRs against police personnel, she was attacked by a group of individuals at her house in Parpa village, just outside Chhattisgarh’s Jagdalpur, on Monday morning.

Approximately 30 people arrived in a four-wheeler vehicle and some motorcycles, and threatened that they would burn down Bhatia’s house and kill her dog if she did not leave Bastar immediately, Bhatia has said. The group also allegedly barged into her house and threatened her landlady with dire consequences if she allowed Bhatia to stay.

When Bhatia managed to call the Bastar collector Amit Kataria, the police arrived half an hour later but did little to control the belligerent mob. Bhatia said that throughout the attack, the village sarpanch was watching.

In a note that she circulated on WhatsApp, Bhatia said that her landlord and his sons were called to the local thana on Sunday and told that they must ensure that Bhatia leaves the house immediately. 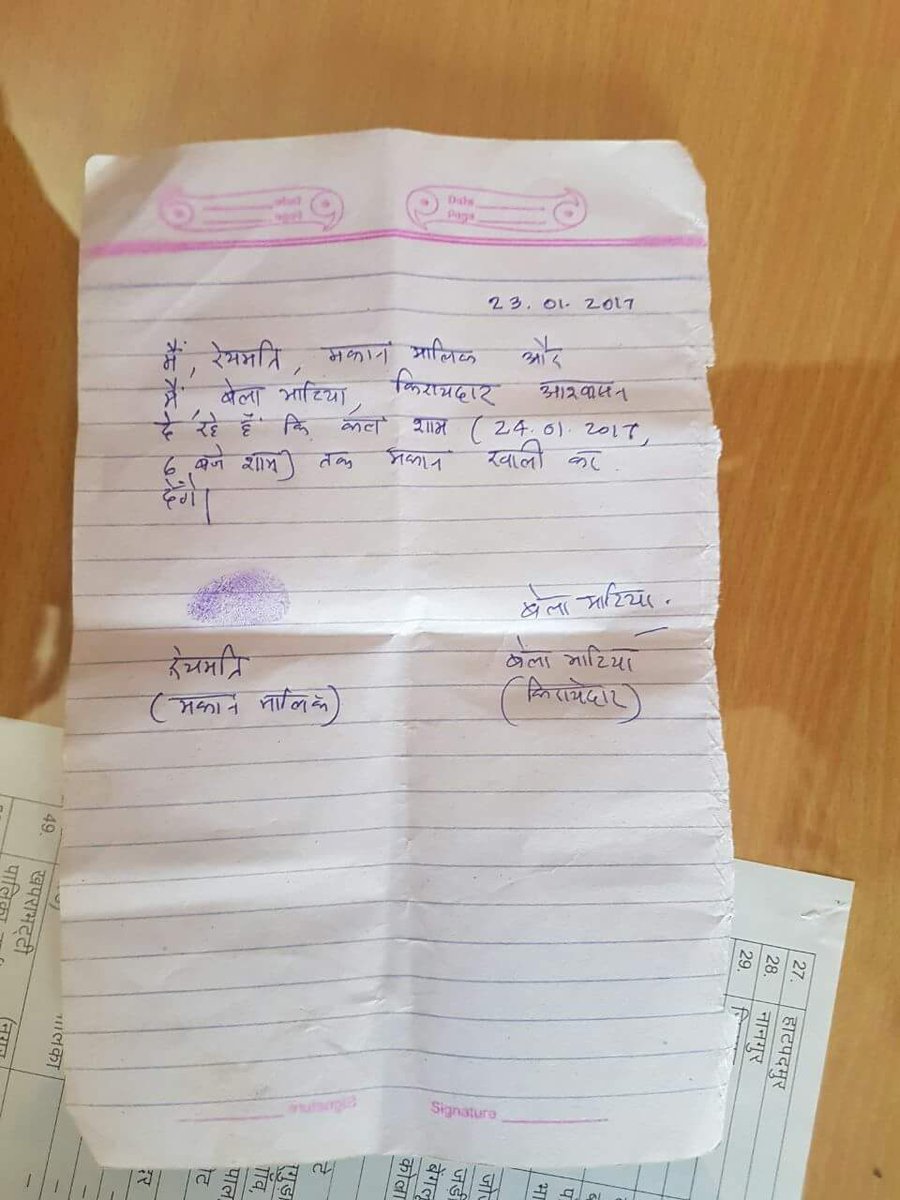 The statement Bela Bhatia and her landlady were made to sign. Courtesy: Bela Bhatia

Both the police inaction during the attack and the summoning of Bhatia’s landlord suggest the complicity of the police in the mob attack.

Such attacks on human rights defenders, who have pointed out cases of police atrocities against Adivasis regularly, have become the norm in conflict-ridden Bastar. The Bastar police, under the leadership of S.R.P Kalluri, inspector-general of police (Bastar range), has enjoyed impunity to carry out attacks against human rights activists, journalists, political activists under the Raman Singh-led BJP government.

Journalist Malini Subramaniam, lawyers like Shalini Gera and Isha Khandelwal of the Jagdalpur Legal Aid Group and many human rights defenders have been forced out of Bastar after such mob actions, while academics and activists visiting from outside have had false cases foisted on them. Despite many allegations of police high-handedness, no action has been taken against the personnel involved in such incidents.

On January 7, the NHRC, investigating allegations of rape and sexual assault against security forces, released its report which found that the Chattisgarh state’s police personnel raped or sexually assaulted at least 16 Adivasi women between October 2015 to March 2016. Bhatia had helped the team to record the statements of the surviviors.

This is not the first time that Bhatia has been intimidated and threatened for staying in Bastar. The attack against her began in November 2015, when she helped Adivasi women file an FIR against the police for allegedly sexually assaulting them.

At the time, another landlord in Parpa had asked Bhatia to vacate her house, despite the fact that she had paid rent for an entire year.

Subba Rao, leader of the state-sponsored vigilante group Agni, which has been at the forefront of such attacks, implicitly agreed to his group’s involvement in the attack on Bhatia.

In a WhatsApp group, he posted an unsigned statement that the people from his village gheraoed (surrounded) Bhatia’s house on Monday morning. He alleged that the demand for Bhatia’s eviction arose after the ‘villagers’ thought that she was involved in “Naxalite activities”. The statement also said that the “villagers” alleged that Bhatia’s husband Jean Dreze is “a foreign agent.”

Dreze, of Belgian origin, is a renowned Indian development economist whose role in framing and overseeing the implementation of the Mahatma Gandhi Rural Employment Guarantee Scheme (MGNREGS) and Food Security Schemes is widely acknowledged.

It may be noted that Agni was formed after a similar vigilante group called Samajik Ekta Manch (SEM) was disbanded by the state government in April, 2016 after the Chhattisgarh police officials were caught in a sting operation admitting its close association with the group. SEM had gained a lot of attention for its attacks on democratic activists.

Human rights activists have alleged that Agni’s role is similar to that of SEM and that it operates with police patronage. Both the police and AGNI have been trying to stall all forms of democratic activism in Bastar.

In October last year, the police organised unprecedented protests across Bastar in which they burnt mock-up effigies of Bhatia along with Manish Kunjam and Nandini Sundar – petitioners who have moved the Supreme Court against police excesses in the state – the Aam Aadmi Party leader Soni Sori, social activist Himanshu Kumar, and journalist Malini Subramaniam, all of whom have been severely critical of human rights abuses in Bastar.

Civil society groups have strongly criticised the attack on Bhatia. Soni Sori felt that the threats on Bhatia is an attack on the democratic system of the country. AAP leader Nagesh Banchor said that the mob action is the result of the nervousness of state-sponsored groups whose illegal actions are being called out by his party and other human rights groups.

Similarly, the Chhattisgarh Bachao Andolan in a statement said that the state government should ensure that Bhatia can stay in Bastar safely and demanded that it should immediately start legal proceedings against those policemen who have been implicated in rapes and sexual assault cases.

Bhatia, a PhD from Cambridge University, has been researching the counter-insurgency in Bastar since 2007. She has also been on the Planning Commission panel that looked at problems of governance in conflict areas. She has taught at the Tata Institute of Social Sciences, Mumbai, and also been a fellow in the Centre for the Study of Developing Societies, New Delhi

Both Bhatia and district collector Kataria were not available to comment.