In his memoir, Obama writes that he had wondered about the Congress party's future after Manmohan Singh's term. 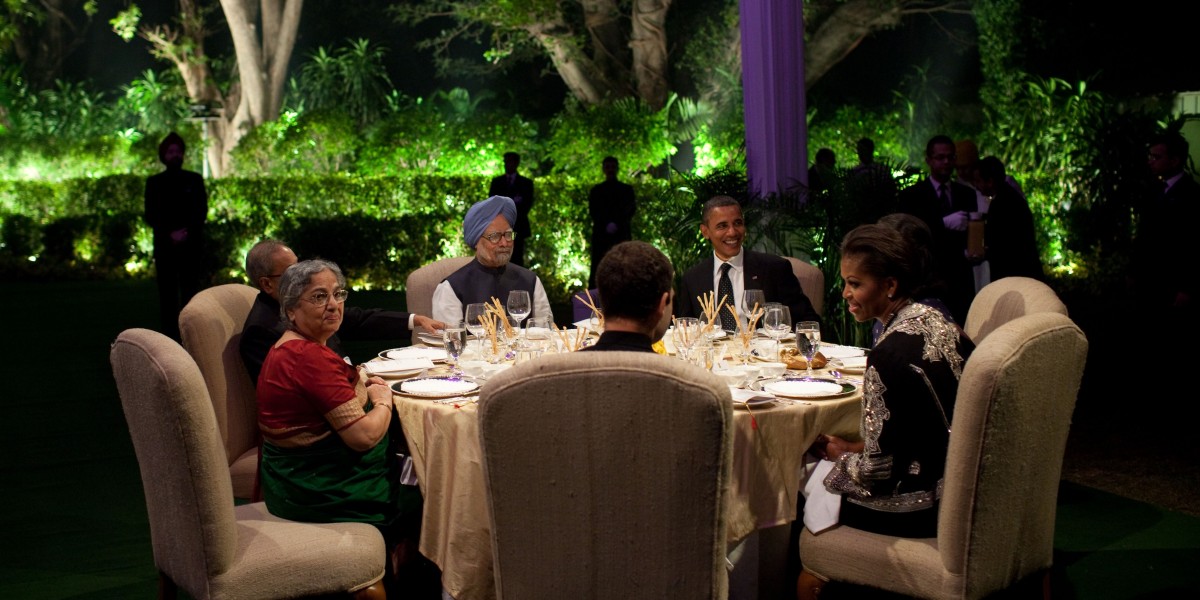 Earlier reports had mentioned how Obama referred to Singh having an “impassive integrity”. In a page of the book accessed by The Wire, he describes in greater detail an encounter with the Congress party leaders.

Sonia, Obama writes, came across as “shrewd” and with a “forceful intelligence”, even though she “listened more than she spoke” and was “careful to defer to Singh when policy matters came up”. She also steered the conversation towards Rahul on multiple occasions.

Rahul appeared to be “smart and earnest”, Obama says, with “good looks resembling his mother’s”.  But there was also a “nervous, uninformed quality about him”, “as if he were a student who’d done the coursework and was eager to impress the teacher but deep down lacked either the aptitude or the passion to master the subject”.

Towards the end of the evening, the then US president noticed Manmohan was fighting off sleep, he writes, and it occurred to him that the Indian prime minister looked older than his 78 years. This made Obama wonder about the future of the Congress party, and whether Rahul was being groomed to take over. “Would the baton be successfully passed to Rahul, fulfilling the destiny laid out by his mother and preserving the Congress party’s dominance over the divisive nationalism touted by the BJP?”

His experience of the dinner made Obama doubt whether this plan would work – but Singh could not be blamed for the future his party was unprepared for. “He [Singh] had done his part,” Obama writes, “following the playbook of liberal democracies across the post-Cold War world: upholding the constitutional order; attending to the quotidian, often technical work of boosting the GDP; and expanding the social safety net.”

Obama compares Singh’s experience to his own. “Like me, he [Singh] had come to believe that this was all any of us could expect from democracy, especially in big, multiethnic, multireligious societies like India and the United States. Not revolutionary leaps or major cultural overhauls; not a fix for every social pathology or lasting answers for those in search of purpose or meaning in their lives. Just the observance of rules that allowed us to sort out or at least tolerate our differences, and government policies that raised living standards and improved education enough to temper humanity’s baser impulses.”

A Promised Land is set to release on Tuesday (November 17).