In Bankura, Stagnant Incomes, Centralisation of Power Are Driving Disaffection Against TMC

The mood in the district is summed up by the paradox of people praising the Mamata Banerjee government's work, but yearning for a change in the model of governance. 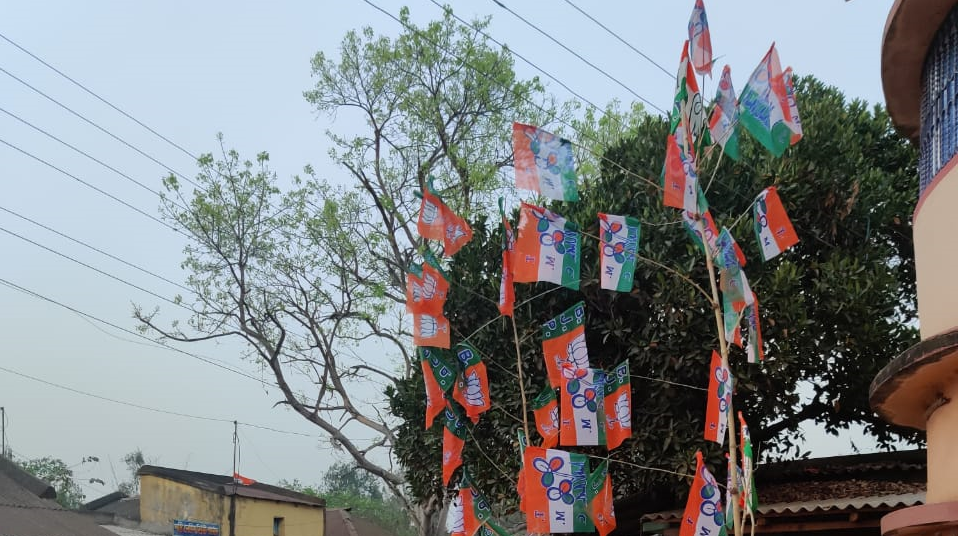 Bankura/Bishnupur: Sanath Kumar Hansda, a 28-year-old resident of Dharalamouli in Bankura, is trained as a mason and usually migrates to big cities for work. Over the past year, the COVID-19 pandemic-induced lockdown forced him to return home. Since then, he has switched his affiliation from the Trinamool Congress (TMC) to the Bharatiya Janata Party (BJP), and is currently leading a small team of booth-level activists for the saffron party.

Dharalamouli is a small village in the Jangalmahal forest and is located within the precincts of the Ranibandh assembly constituency in Bankura, one of the poorest districts of West Bengal. Like Hansda, many of his peers who belong to the Adivasi Santhal community have joined the saffron party after supporting the TMC for years.

“Gareeb manusher kaache toh shudu asha ta hi ache, aar toh kichu nei. (A poor person doesn’t have anything except hope),” he said when asked about his decision to join the BJP.

“Amra shobhai chirokaal hi toh TMC kortaam. Ebaar bhabhchi, ekta notun party ke chance debo (All of us have worked for the TMC for many years, but we think a new party should get a chance this time around),” he adds.

Most men and women, both old and young, who had gathered at his house nodded in agreement. All of them wanted a “pucca” road and some sort of drinking water facility in their village. According to them, these promises have been made to them by many block-level TMC leaders but remain unfulfilled. However, probe them further, and they tell you that their single-most important concern is to get a “chaakri” (job), which will ensure a stable source of income. 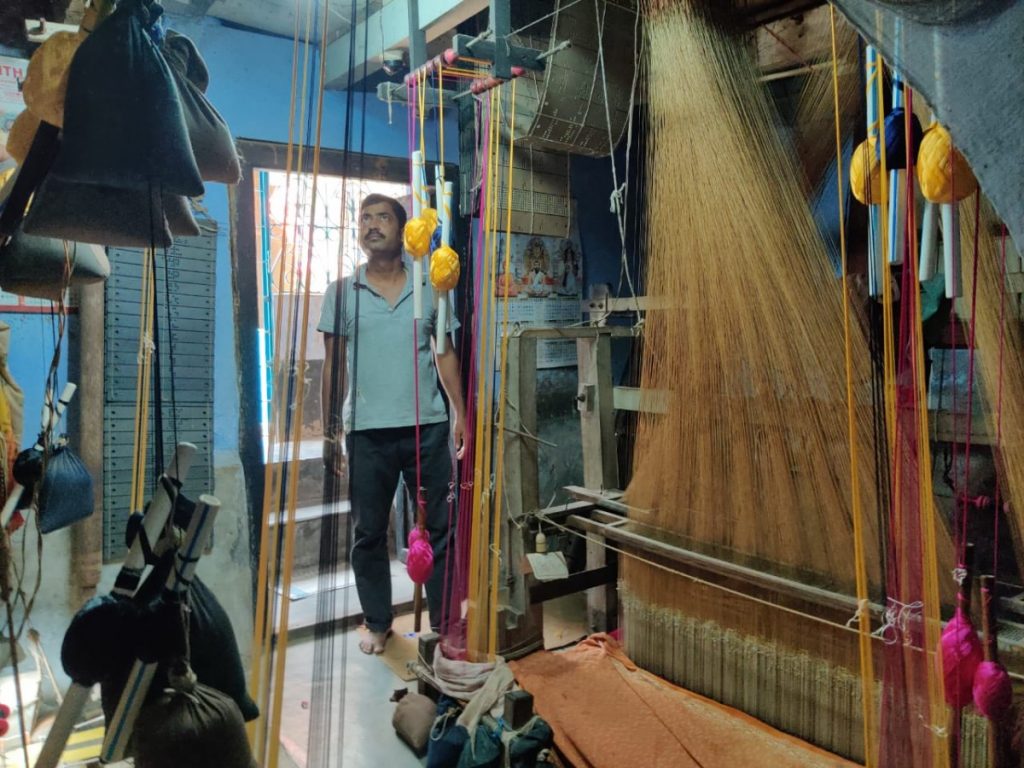 Interestingly, all of them spoke at length about how Didi, as Mamata Banerjee is fondly addressed across the state, is the best chief minister the state has ever seen. “Joto kaaj Didi koreche, aar keu kore ni. (No other leader has done the amount of work that Didi has done),” Sanath says.

“We got so much during her government. She looked after us, although we can’t say the same about her party leaders,” he elaborates, as he goes on to list a number of welfare schemes which have benefited the village and its residents. Most of them, including Sanath, heaped praises on Banerjee for providing free food grains during the lockdown when most of them lost all possibilities of any income.

However, he quickly adds, “But now, we want our government to do more than merely feeding empty stomachs.”

This specific paradox, in fact, marks the electoral mood in at least five of the 12 constituencies of Bankura. While most people with whom The Wire spoke to in five assembly seats of the district are extremely satisfied with the welfare work done by Mamata Banerjee-led government, they also show a sense of fatigue with a government model that has failed to generate jobs, and hence stable incomes.

Stagnant incomes over the past five years, despite an elaborate welfare model, is an undercurrent behind the surge of the BJP. Most are under the impression that the saffron party will revive the sagging economy of the state, and that, in turn, will help them find a regular source of income.

“Amra khaat tey ready achi. Shudu chaakri ba vyayasay korar sujog ta nei ekhon. Sarkaari poisa chai na amra (We are ready to work hard. But there are no avenues to get a job and get into some business. We don’t want the government’s money),” says Vulu Tanti and his wife Sukanya, both of whom are saree weavers in Bishnupur.

An agricultural worker in Khatra, Ranibandh, Fatik Tudu, too, was forthcoming of his political view. “Yes, Didi has done great work but she hasn’t given us jobs. Our incomes have actually come down in the last few years,” he says.

Similar sentiments echoed with people in the Sonamukhi, Onda, Taldangra, and Bishnupur assembly seats too, where the problem of stagnant incomes was driving many away from the ruling TMC.

The feeling is exacerbated by the heavy dependence of people on the panchayats, which process almost all the welfare schemes initiated by the TMC government but which, according to many, are also controlled by “self-centred, rude, and corrupt” TMC leaders. 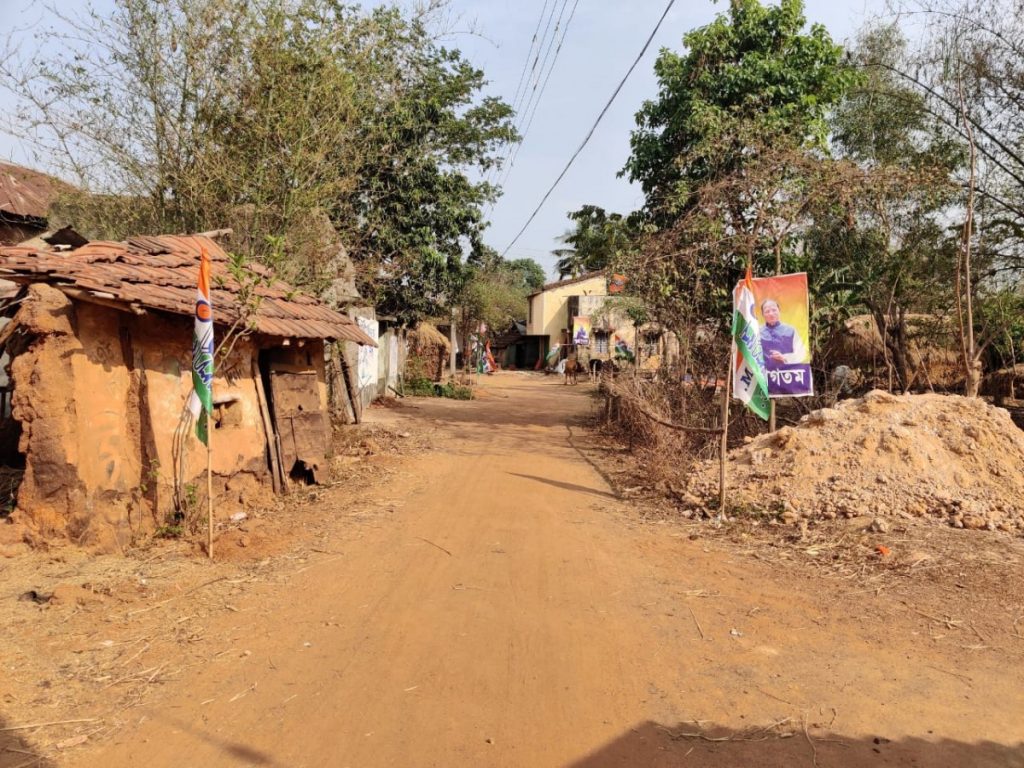 The 2018 panchayat polls, which was marked by widespread violence, figures constantly in discussions here.

“The TMC did not allow opposition parties to even file nominations. Whoever dared to was shown the stick. How are we then supposed to get rid of corrupt leaders,” asked Pradeep Das, an elderly member of the Dalit Bauri community in the Sonamukhi assembly seat at the northern border of Bankura.

“Ajit Ray, the current CPI(M) candidate, suffered a fracture when he went to help his party people file nominations then. Just imagine their impunity,” Abhishek Chatterjee, a teacher in Sonamukhi, says.

Against a backdrop of stagnant incomes and rising aspirations, the 2018 panchayat polls appears to have become the fuel with which the BJP could transform its position from a nondescript party in the state to one people perceive as the primary challenger to the ruling TMC. With its money, energy and muscle, the BJP made the narrative of TMC’s “repression” its primary campaign plank in Bankura. As most conversations with constituents of the district indicate, it also tactically refrained from directly attacking Mamata Banerjee.

“The TMC leaders have monopolised all power. You can’t get any work done if you do not go through them. Look at that house. She leads the panchayat. Her family didn’t have a scooter 10 years ago,” says Laltu Gope of Gopalpur in the Bishnupur constituency, pointing to a three-storeyed house across the road.

“We have been getting benefits from most of the welfare schemes, but those close to TMC leaders or their families get those first,” says Khudiram, who is from the the Bagdhi Dalit community, in Taldangra. 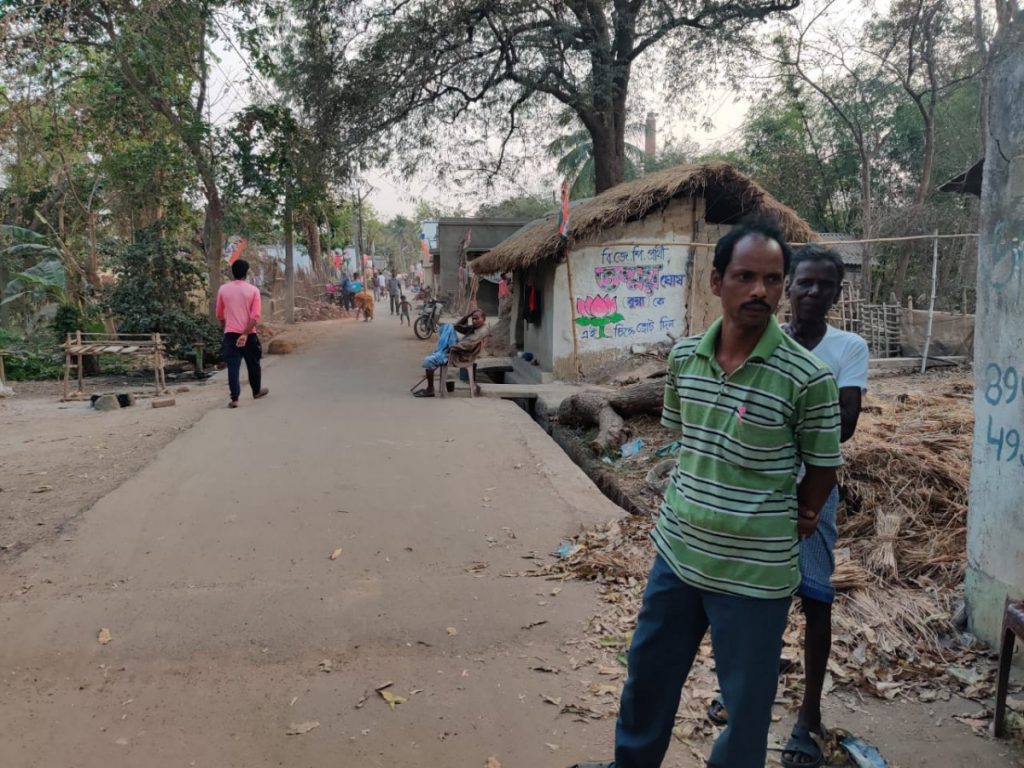 Such perceptions are so intense across constituencies of Bankura that even those incumbents who are popular are likely to take a beating in the assembly polls.

For instance, the TMC incumbent Arup Kumar Khan in the Onda assembly seat remains quite popular in his constituency, but most people The Wire spoke there were in favour of change. The same is the case with many other TMC incumbents in Purulia and Bankura.

On top of it, the last-minute efforts by the TMC to control the damage by shunting out local leaders who are perceived as corrupt appears to be backfiring.

In at least two constituencies, Onda and Sonamukhi, those who were removed from leadership positions are either campaigning for the BJP, or are completely inactive in the TMC’s campaign.

“Jokhon keu CPM er saamne daarato na, tokhon Didi jonnon dariyechi. Amra CPM leaders der ration card ghotala saamne niye esehechillam. Aar ebar beizzat kore baar koreche amader ke. (When no one dared to challenge the CPI(M), we were the ones who came forward to back Didi. We were the ones who exposed the CPI(M) leaders’ ration card scam. And now, we were insulted and removed),” says one former TMC leader in Onda on behalf of a group sitting in a market. He was removed from his party position in February this year. They say they will all mobilise for the BJP.

Similarly, Pradeep Laha, an old TMC associate who was ousted from the party in December, said, “We are silent, not campaigning for the party at all. And so are my associates. I will still vote for the TMC, but I feel disheartened that we were dishonoured like that.”

“All of us were replaced by former CPI(M) members. If they had to remove us from our positions, we should have at least been accommodated somewhere. Now no one in the party is even speaking to us,” he adds. 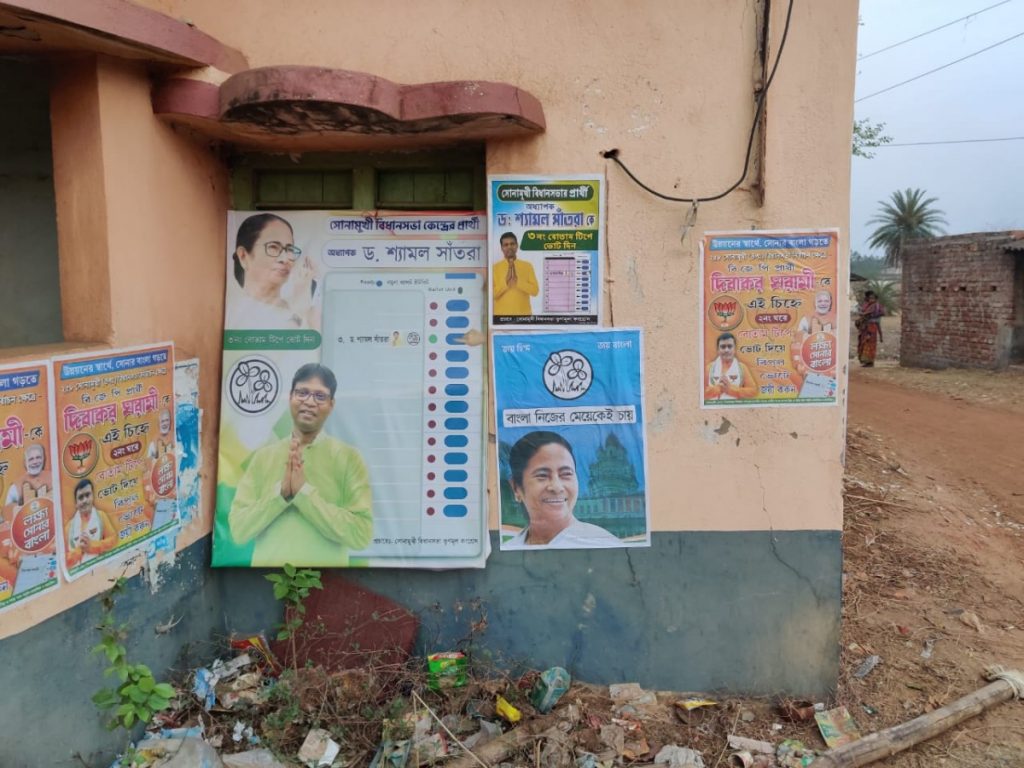 As a result, the new leadership in many of the constituencies are still trying to find a foothold. TMC’s campaign is muted to a large extent in villages of Bankura, the leaders still struggling to figure out why so many have turned against them.

When asked, most of them find a reason. “Didi has done so much but people are nimak haram (traitors),” says one TMC leader in Kamalpur village of Onda.

Others say that people are turning towards the BJP because of “vyaktigata hinsa” (personal envy) at the prosperity of some people.

Then again, some others say, “Now that they have got enough from Didi, they want more from Dada (Narendra Modi).”

Four of Bankura’s 12 constituencies will vote on March 27, while the rest on April 1 in the second phase of the polls. The BJP had won the Bankura Lok Sabha seat in 2019. If the conversations and discussions with people are an indication, a majority of people here are looking for an encore.