In December 1987, while campaigning for Shiv Sena candidate Ramesh Prabhu, Thackeray had made several hate speeches for which he was later benched for six years by the judiciary and the EC. 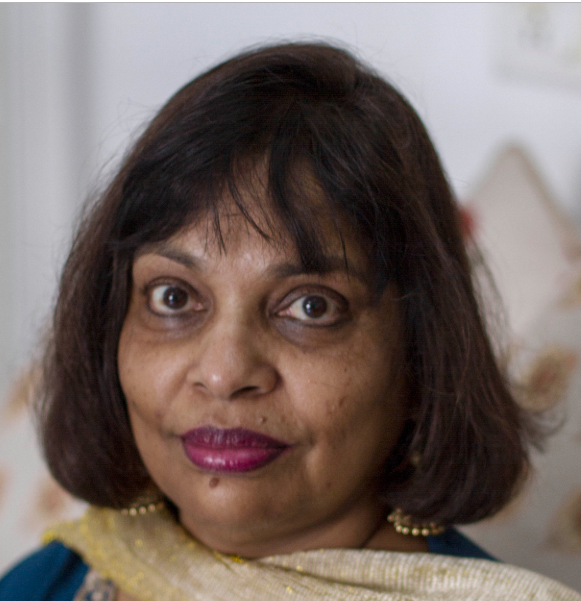 Mumbai: With all else, including the air strikes against Pakistan, failing, Prime Minister Narendra Modi has decided to communalise the ongoing elections in the country.

On April 1, in Wardha, he slammed Congress president Rahul Gandhi for filing his nomination papers from Wayanad in Kerala, which he described as a Hindu minority constituency.

Elsewhere, he berated the Congress for describing a section of terrorists in India as ‘saffron terrorists’.

So far, the Election Commission’s response has been wanting. This is especially clear to see from how the Shiv Sena, an ally of the BJP in the present election, paid the price for less than this in the 1980s and 1990s when the EC barred Bal Thackeray and his candidate Dr Ramesh Prabhoo from contesting polls for six years. The two were also disenfranchised for the same amount of time.

Campaigning for Prabhoo, who had been his physician since the early 1970s, Thackeray had called Muslims names and appealed to Hindus to vote for a fellow Hindu at a by-election for the Maharashtra assembly in December 1987.

The BJP, founded in 1980 on Gandhian socialism, was then allied with the Janata Party. For it back then, Thackeray’s rhetoric was too extreme. It was thus a straight battle between the Congress and the Shiv Sena wherein during his campaign, Thackeray referred to Muslims as “snakes” and ‘landyas’.

There were three speeches that led to his disenfranchisement – in one of them in November 1987, Thackeray appealed to “all my Hindu brothers, sisters and mothers gathered here to send the Shiv Sena to the legislative assembly. Unless you do so, it would be difficult for us to live because they will come and  there will be a war of religions.”

Also read: The Pragmatism Behind Raj Thackeray’s Criticism of Modi and BJP

It was not clear which Muslim Thackeray thought would come to the assembly because standing opposite the Sena candidate was the ruling Congress candidate Prabhakar Kunte and Pranlal Vora from the Janata Party.

In his second speech on December 9, 1987, with still no Muslim candidate in the fray Thackeray said:

“The victory will not be mine or that of the Shiv Sena or Dr Prabhoo. It will be the victory of Hinduism,You will be instrumental in this victory and you should be. You have the right to get rid of the difficulties faced by your caste, creed, gods and the Hindu religion. Whatever Masjids are there, if one starts digging the same, one will find Hindu temples . A person by the name of Prabhoo who is contesting the election in the name of religion should had sent to the assembly.”

The next day Thackeray said:

“It will do if we do not get a single vote from a Muslim; if any of them are present here they should think for themselves.”

He went on to add, “I am not in need of their votes but I want your (Hindu) votes. You must send only Dr Ramesh Prabhoo of the Shiv Sena to the assembly or we will be finished. It will not take long for Hindustan to become green.”

On his part, despite an avowal later of commitment to secularism, Prabhoo had then claimed in an interview to a Gujarati newspaper that if he lost, it would be as though Hinduism had lost.

Prabhoo won the by-poll. Soon after, Kunte, the Congress candidate and former freedom fighter who had not taken Thackeray seriously during the campaign, moved the Bombay high court against both Thackeray and Prabhoo for violating the Representation of Peoples Act.

Just over a year later in April 1989, Justice S.P. Bharucha of the Bombay high court upheld Kunte’s plea and voided Prabhoo’s election. Thackeray was issued notices under Section 99 of the RPA act. According to Section 123 of the Act, there can be

“no appeals for votes by a candidate or his agent or by any other person with the consent of a candidate or his election agent to vote or refrain from voting for any person on the ground of his religion, race, caste, community or language”.

Another sub-section also forbids the

“promotion of or attempt to promote feelings of enmity between different classes of citizens of India on the grounds of religion, race, caste or community or language by a candidate or an agent or any other person with the consent of the candidate”.

Thackeray and Prabhoo, who sat silently on the dais as Thackeray made all those assertions, had clearly violated all those norms. Both appealed to the Supreme Court which took until 1995 to uphold the Bombay high court verdict, unseating Prabhoo and disenfranchising both him and Thackeray.

The apex court held Thackeray’s rantings as illegal under Section 123 and also held Prabhoo as guilty for giving his consent to the same.

Justices J.S. Verma, N.P. Singh and Venkataswami, while hoping that this first ever case of disenfranchisement in India, would serve as a deterrent to others, said in unambiguous terms:

“We cannot help recording our distress at these kind of speeches given by a top leader of a political party. The lack of restraint in the language used and the derogatory terms used therein to refer to a group of people in an election speech is indeed to be condemned. This (judgment) is essential not only for maintaining decency and propriety in the election campaign, but also for the preservation of the proper and time-honoured values forming part of our cultural heritage and for a free and fair poll in a secular democracy. The offending speeches in the present case discarded the cherished values of our rich cultural heritage and tended to erode the secular polity. We say this with the fervent hope that our observation has some chastening effect in the future election campaigns.”

In the Thackeray case, it took the Election Commission another couple of years to act on the Supreme Court ruling. But when it finally forwarded a unanimous report to the government – via the law department to the President of India – a full decade after Kunte’s petition in the Bombay high court, Thackeray and Prabhoo stood debarred from contesting or voting. The next time they could do so would have been 2004.

The action reflected a strong and independent Election Commission that politicians were afraid of and a Supreme Court that was not afraid to give an unambiguous verdict against the government.

Prime Minister Modi has been saying as much as Thackeray and more to polarise and divide Indian society. But so far, the EC of today has not read Modi the RPA act.

Sujata Anandan is an author and journalist based in Mumbai.