In North India, the party has already lost Delhi and Punjab to AAP, failed to prevent the BJP's return to power in Haryana and Uttarakhand, and now faces infighting in its J&K and Himachal Pradesh units. 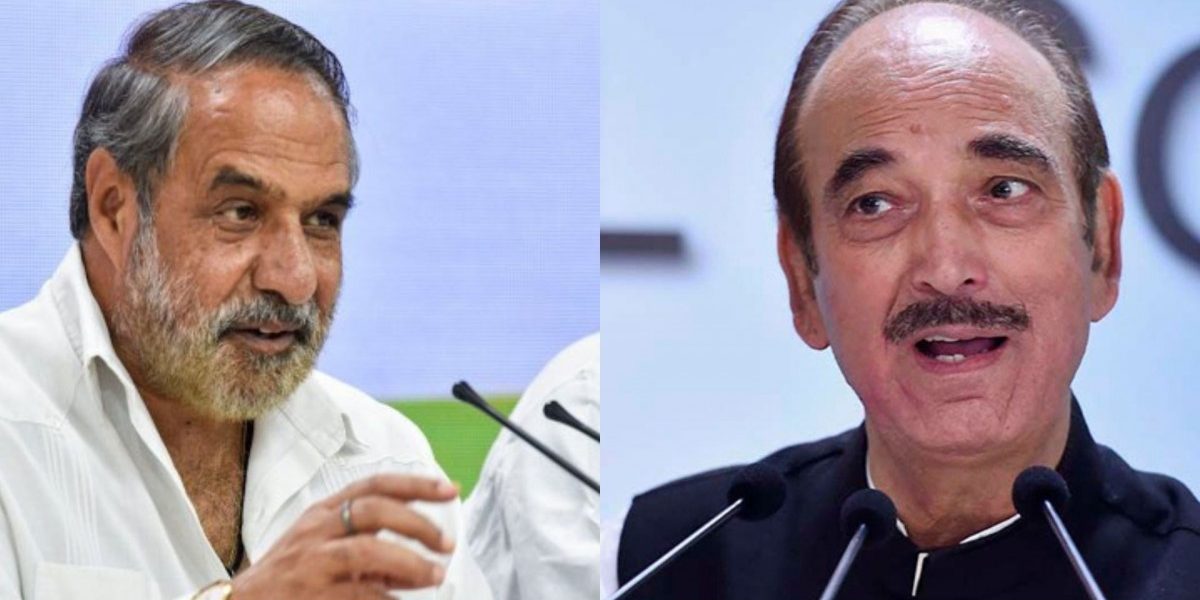 New Delhi: For decades, the Congress followed a policy of not letting any leader in a state – be it the chief minister or party president – rest easy. For every Virbhadra Singh, there would be a Vidya Stokes; for every Sheila Dikshit, an Ajay Maken or a Ram Babu Sharma. And even now in Rajasthan, the party has Sachin Pilot to prevent Ashok Gehlot from acquiring a larger-than-life image.

While this (somewhat) succeeded in keeping the aspirations of senior leaders in the states in check, over the last few years, several senior Congress leaders have openly expressed their resentment over the policy.

Pitting leaders against one another has cost Congress dearly

In Haryana, for example, former chief minister Bhupinder Singh Hooda almost threatened a revolt when the pressure from former state president Ashok Tanwar grew too much. Ultimately, the party chose the experienced Hooda over Tanwar, who had to leave.

In Punjab, things went the other way when the fight between former chief minister Amarinder Singh and deputy chief minster Navjot Singh Sidhu became very public. The party chose Sidhu over the seasoned Singh, resulting in a catastrophic performance in the assembly polls earlier this year.

Ahead of the assembly elections, former Uttarakhand chief minister Harish Rawat also made his displeasure known to the party about being targeted by some central observers. Though he had not named former Delhi MLA Devender Yadav publicly in this regard, it had become amply clear who he was referring to.

Azad resigned as he felt demoted, his close aide was removed from key post

This month too, the Congress witnessed similar dissent from two of its senior party leaders. The first was senior leader and former Jammu and Kashmir chief minister Ghulam Nabi Azad who, on August 16, resigned from the post of the head of the J&K Congress campaign committee, hours after his appointment. He also resigned from the Political Affairs Committee of the state Congress unit. On August 26, he even gave up primary membership of the party.

Azad was angry on two counts. One, he saw his appointment to the two posts as a demotion since he was already a member of the Political Affairs Committee of the Congress. Another reason for his feeling sidelined was that his close aide, Ghulam Ahmed Mir, was removed as Congress state president and replaced by Vikar Rasool Wani.

Though the Election Commission is yet to announce a timeline for the Jammu and Kashmir elections, the poll panel has revised the date for the final publication of the voters list to November 25. This will be the first such list to be prepared in the UT following the delimitation exercise there. The polls in J&K are expected to be held after the completion of the delimitation exercise and preparation of the final electoral rolls.

Incidentally, Azad has, in the past, also served as a Union minister and in several important posts in the Congress central party. However, he is now considered a rebellious voice by many as he chose to become a part of the group of 23 (G-23) leaders who had written a letter of dissent to party head Sonia Gandhi two years ago while demanding organisational changes.

Sharma quit over “exclusion and insults”, cautioned against factionalism

Another member of this G-23, Anand Sharma, too expressed his disappointment recently at being sidestepped in the matter of the party’s functioning in Himachal Pradesh. The state is due to go to polls later this year.

Sharma was made the head of the Himachal Pradesh Congress steering committee but resigned from the post as he felt that he was being deliberately overlooked in matters of preparation for the assembly polls. In a protest note to Sonia Gandhi, Sharma wrote that “self-respect is non-negotiable”.

The senior leader also took to Twitter to state that he had “resigned with a heavy heart” and reiterated that he was a “lifelong Congressman and remain(s) firm on (his) convictions”.

In another tweet, he wrote: “Committed to Congress ideology that runs in my blood, let there be no doubts about this! However, given the continuing exclusion and insults, as a self-respecting person- I was left with no choice.”

Committed to Congress ideology that runs in my blood, let there be no doubts about this! However, given the continuing exclusion and insults, as a self-respecting person- I was left with no choice. 2/2

Sharma is a member of the Congress Working Committee and the role he was given in the state was not in keeping with his stature in the party. Though his resigning from the post was projected by his opponents as his cosying up to the Bharatiya Janata Party (BJP), Sharma was quick to scotch all rumours around his exit from the party.

“I may have resigned as the head of the steering committee, but I remain a loyal Congressman and shall campaign for the party,” he said, upon reaching Shimla.

Lessons not learnt from defeats in several north Indian states

However, the senior leader did not mince words in conveying that internal factionalism and strife was probably the biggest rival of the Congress as it seeks to upstage the ruling BJP. “There is no doubt the Congress has a distinct edge, but factionalism is a matter of concern. It can certainly hurt our prospects,” he said, putting things into perspective.

Internal politics have already cost the Congress dearly. The party lost Punjab and Delhi, was unable to prevent a return of the BJP in Uttarakhand and Haryana, and is now facing factionalism in its Himachal Pradesh and Jammu and Kashmir units.

The senior leaders have already expressed their views. It is for the central leadership to take note and adopt a corrective course.