Members of the temple trust also indicated that construction will likely be completed around the time of the 2024 general elections. 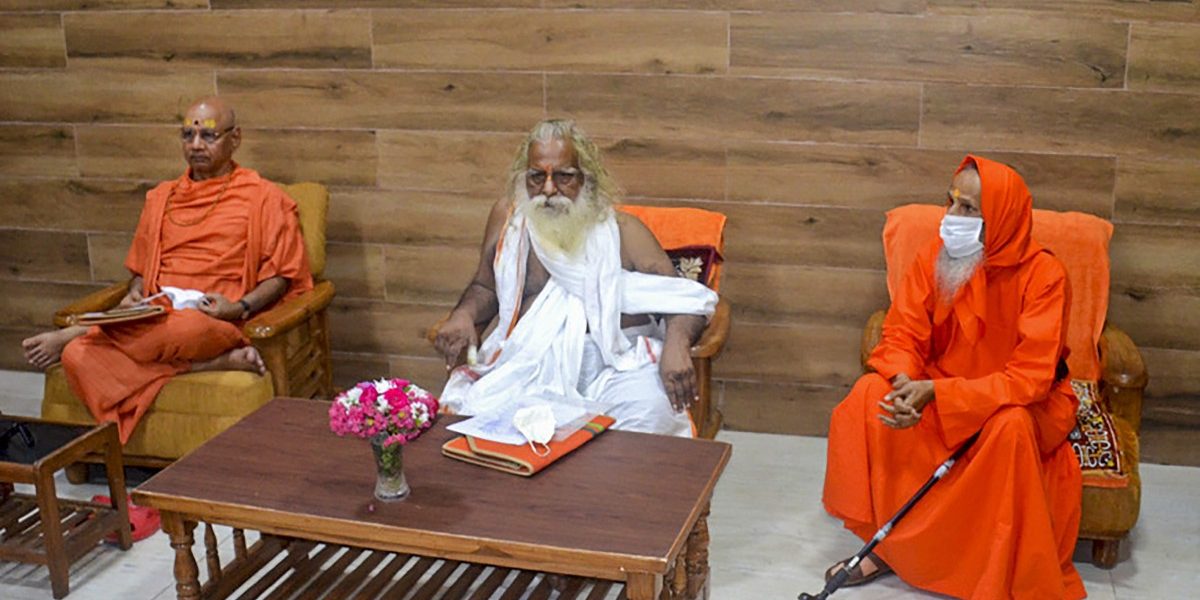 Lucknow: August 5 has been finalised as the date for the Ram Mandir ‘bhoomi pujan’ in Ayodhya – a decision that comes with political undertones.

The date marks the first anniversary of the revocation of Jammu and Kashmir’s special constitutional status with the reading down of Article 370 of the constitution, a long-standing demand of the Sangh parivar and one that predates even its Ram temple movement by decades.

By linking these two events in this fashion, it is clear that a political message is being sent.

In recommending August 3 and 5 as the preferred dates for a grand ‘bhoomi pujan’ ceremony, members of the Ram Janmbhoomi Teerth Kshetra Trust described these as “auspicious” days.

While the trust spokespersons did not give details on why these dates are “auspicious” – especially at a time when the coronavirus pandemic is raging and lockdown and Unlock 2.0 restrictions prohibit religious and other large gatherings – the political leverage that a quick ‘bhoomi pujan’  could yield cannot be underrated.

Not only do the rules prohibit large gatherings but persons over the age of 65 are “advised to stay at home except for essential and health purposes.” Among the “100-150” persons expected to attend the event are Prime Minister Modi, who is 69, and defence minister Rajnath Singh, also 69.  It is hard to see how a boomi pujan for a temple project that has been in abeyance for years can be considered “essential”. Except, of course, for politics.

The BJP hopes a definite move towards the construction of the Ram temple could give it mileage in the state elections in Bihar later this year and even in West Bengal in 2021, where Hindutva will be a major poll plank for the party.

It has also been noted that by the time the temple is built on the site where the Babri Masjid once stood, it will likely be time for the 2024 national elections.

The trust members met in Ayodhya on Saturday evening under the chairmanship of former top bureaucrat Nripendra Misra. While 11 members were present in Ayodhya, the remaining four joined through video conferencing.

A retired UP-cadre IAS officer, Misra is former principal secretary to Prime Minister Narendra Modi and has held several key assignments, including chairman of the Telecom Regulatory Authority of India (TRAI). Earlier, he also served as principal secretary to two ideologically diverse UP chief ministers – the Samajwadi Party’s Mulayam Singh Yadav and BJP’s Kalyan Singh. Ironically, he was principal secretary to Mulayam when the latter ordered firing on Hindu karsevaks in Ayodhya in 1990. Earlier this year, he was named chief executive officer of the trust which has been entrusted with the task of temple construction.

While Misra kept himself away from media, it was trust general secretary Champat Rai and member Kameshwar Chaupal who came forward to make announcements. “We have proposed two dates – August 3 and 5 – for ‘bhoomi pujan’ and now it is up to the prime minister’s office to decide which of these suits the prime minister, as we are very keen that he is here on that auspicious occasion,” said Chaupal.

Significantly, Chaupal’s association with the Ayodhya temple dates back to 1989, when he was specially brought to do the ‘shilaniyas’ of the temple during the then Congress regime. Citing his Dalit lineage, Congress leaders went to town proclaiming how they had chosen a person from the socially downtrodden community to lay the foundation stone of the Ayodhya temple.

Also read: There Stood a Mosque in Ayodhya, and it was Demolished

Rai disclosed how the entire plot of 67 acres had been levelled as a part of preparations for building the temple. According to him, “leading construction company Larsen and Toubro was already on the job doing testing of the soil etc., while architect Chandrakant Sompura who had prepared the original design for the temple was giving final touches to the plan in accordance with the suggestions made by the trust”.

He said, “As per the final plan, the temple will now have five domes instead of the initially proposed three; even the height of the temple is proposed to be raised from the original plan of 128 feet to 161 feet.”

Sompura, whose family is credited with the design of several prominent temples across the country, is now in his 80s, but still quite enthused about giving a final shape to the shrine.

According to Rai, “Since a bulk of the stones required for the temple were sculpted and ready, the construction of the temple could be completed between 36 to 42 months.” Significantly, that would mean by the middle or end of 2023 – just about six months before the next general elections in 2024. What kind of bearing the completion of the new Ram temple will have on electoral outcomes can be anybody’s guess.