New Delhi: The recent virtual meeting between Prime Minister Narendra Modi and Uttar Pradesh chief minister Adityanath over Ayodhya development plan garnered considerable attention, given that only recently the two were assumed to be at loggerheads over the latter’s leadership and apparent mishandling of the pandemic.

Days ahead of the meeting, concerns over Adityanath’s insistence on being projected as the party’s only chief ministerial face, even as a large section of BJP’s state leadership has raised serious objection over his authoritarian ways, had the party’s top brass working out a truce formula in Lucknow.

The infighting has been contained for the moment as the BJP’s central leadership appears to have willingly or unwillingly accepted Adityanath’s authority in the state but has gone out of its way to indicate that the chief minister will not be given a free hand.

Against this backdrop, Modi’s stock-taking interaction with the saffron-clad chief minister over Ayodhya’s development plan fulfils three objectives for the BJP.

One, the prime minister makes it clear that he remains the boss, and the chief minister is answerable to him.

Two, the meeting signals to the state BJP unit that the party high command is keeping a close watch over Adityanath.

And finally, discussing Ayodhya at the moment, in what is a rather blunt political tool, deflects attention away from the state unit’s factional fights that have cast the party in poor light.

The saffron party had secured a massive win in the last assembly elections on a twin plank. While its rabid Hindutva campaign succeeded in successfully polarising the electorate on religious lines, it tactfully crafted a mighty social coalition comprising the so-called ‘upper’ caste groups, non-Yadav OBCs, and Dalits other than Jatavs.

Much of the dissent against the chief minister has emerged from leaders who represent Brahmins, non-Yadav OBCs and non-Jatav Dalits. In the middle of the second wave, Sitapur BJP MLA Rakesh Rathore, from the Teli community, hit out at the chief minister by saying that he could not raise his voice against the state government’s mishandling of the pandemic as he felt threatened by a possible sedition case.

All these acts were seen as a not-so-subtle attack on the chief minister. BJP leaders in the state haven’t hesitated to speak about their powerlessness in the face of an empowered district administration under Adityanath’s leadership.

The drubbing that the BJP received recently in the Panchayat elections, despite preparing well ahead of other parties, reflects this crisis in the BJP.

Also read: UP: Over 1600 Teachers Died of COVID-19 After Poll Duty for Panchayat Elections

Says Gorakhpur-based senior journalist Manoj Singh, “The BJP paid the cost of initiating reforms in the party. Usually, party legislators get to choose candidates in panchayat elections. This time around, the BJP appointed the central leader Radha Mohan Singh to choose candidates, and he fielded many ordinary party workers with an apparent intent to widen the democratic space within the saffron party. But the move backfired as the party got negligible support from its MLAs and MPs.”

The discontent in the BJP, he says, is deep-rooted.

While the legislators are feeling powerless, BJP’s social base is cracking too because of a range of reasons, among which the autocratic ways of the chief minister seems to be at the top. All of these factors have given BJP’s smaller allies, which represent different caste groups, greater scope to press with their demands. Sanjay Nishad of the Nishad Party has mounted an open rebellion against the BJP. Similarly, Apna Dal, which represents Kurmis, is also said to be pushing for a better bargain ahead of the assembly elections. 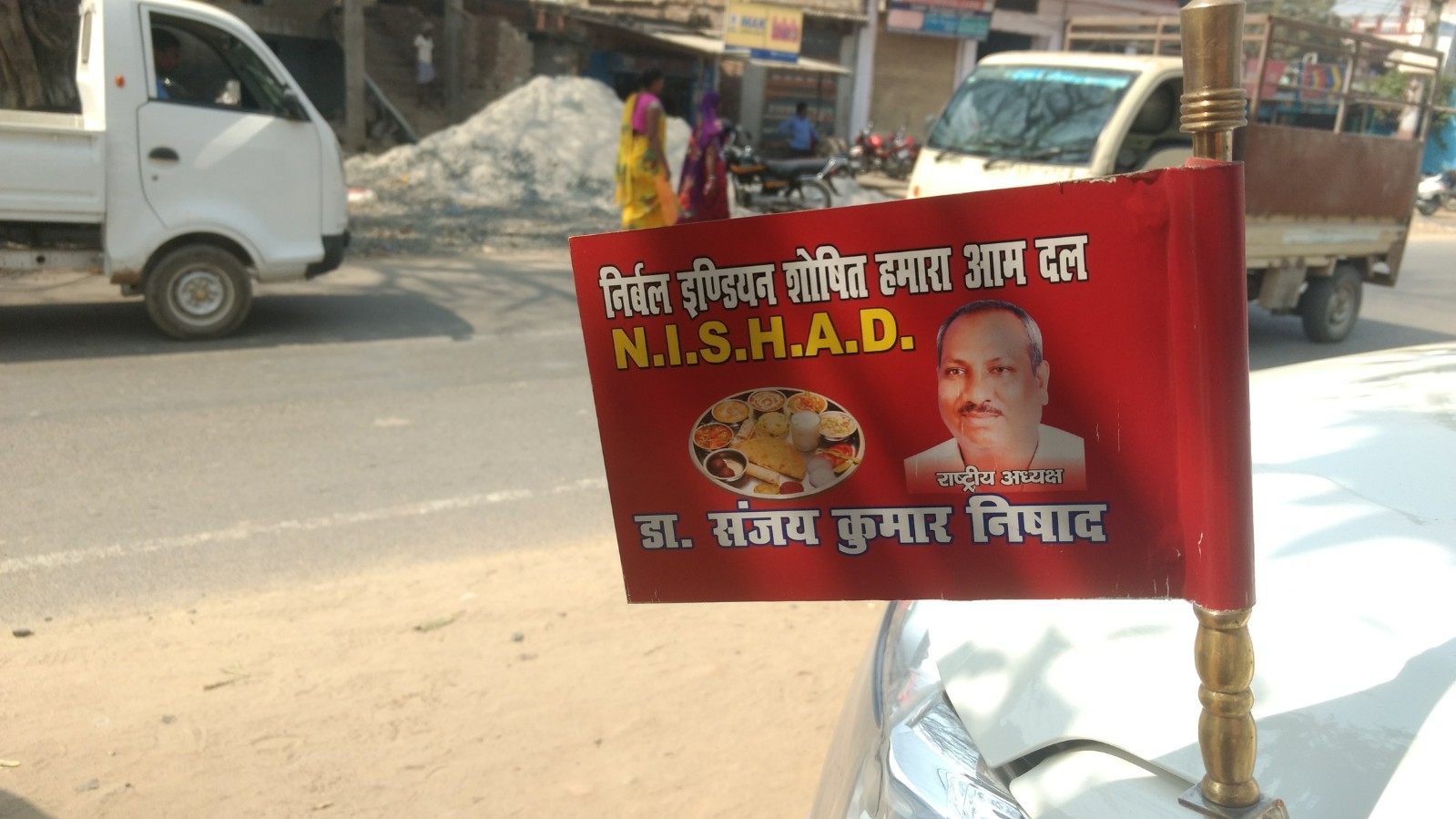 Other caste-based parties like the Om Prakash Rajbhar’s Suheldev Bharatiya Samaj Party, Babu Singh Khushwaha’s group, and some others have been open in their dissent.

On top of this, there is considerable unease among the significant Brahmin community in the state, which feels slighted by the domineering influence of Thakurs under the Adityanath government. Even BJP’s own deputy chief minister Keshav Prasad Maurya is said to have aired his views against the chief minister – Adityanath’s recent lunch meeting with the former is being seen as a reconciliatory overture on the part of the chief minister by political observers.

Also read: Yogi’s Outreach To Disgruntled Deputy Shows All Is Still Not Well Within UP BJP

With one of the two planks – that of the social coalition the saffron party has stitched together – floundering, the sudden discussion around Ayodhya and how it may be developed with the upcoming Ram Temple is a crude indicator of the fact that the central leadership of the BJP may depend heavily on its Hindutva campaign.

Despite so much dissent in the party, the central leadership’s decision to project Adityanath as the person leading the BJP in the state appears to be a move towards the same direction. After all, who, if not the hardline Adityanath, can polarise the electorate on religious lines better? The BJP’s forced but considered decision to cut Adityanath some slack despite his unpopularity in the organisation signals the political headwind that is about to grip Uttar Pradesh in the run-up to the assembly polls.

With the crude Hindu consolidation strategy of othering Muslims, the BJP is only beginning to foreground Ayodhya and the Ram Temple as talking points in the heavily identity-driven state polity. The meeting between Modi and Adityanath mirrors this precise mindset. It is hardly a surprise that the prime minister termed Ayodhya as a “city by and for every Indian”, well-knowing that such a statement would trigger ghastly images of Babri Masjid’s demolition. 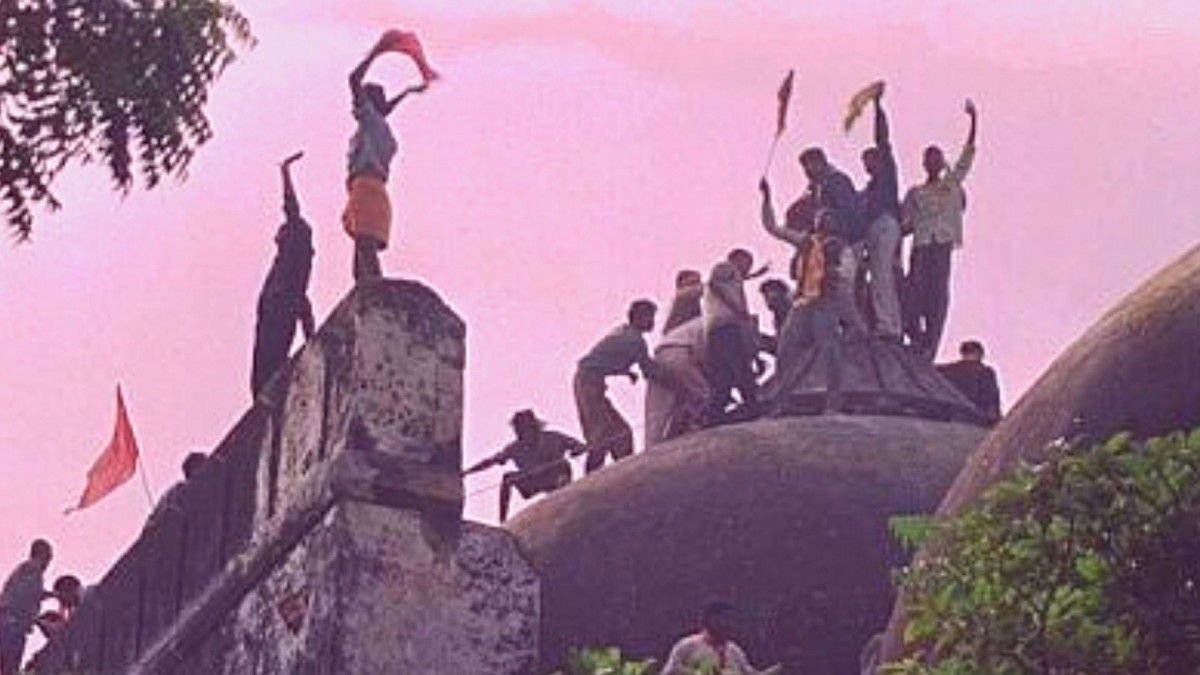 “Ayodhya is both spiritual and sublime. The human ethos of this city must be matched by futuristic infrastructure, which is beneficial for everyone including tourists and pilgrims…Ayodhya should reflect the finest of our traditions and the best of our developmental transformations,” the prime minister reportedly said, manifestly airing his predilection for a Hindu-corporate Indian state.

While doing so, however, Modi has shown Adityanath his place, which is that of a subordinate, a foot soldier in the larger Hindutva campaign. The prime minister’s close aide and former Gujarat cadre bureaucrat A.K.Sharma, over whose induction the BJP state unit imploded, made it amply clear when he wrote a noteworthy letter to the BJP state president Swantantra Dev Singh.

His unapologetic remarks about Modi being the topmost leader, and that the prime minister’s popularity was enough to secure the BJP yet another electoral victory in the state, were obvious enough to undermine Adityanath’s position in the party.

In the face of such alienation, Adityanath finds himself in a bind. Before he became the chief minister, Adityanath was seen more as a chief of the extremist Hindu Yuva Vahini (HYV) than a BJP leader. He used his independent influence to sideline other BJP leaders to secure the chief ministerial chair. However, over the last four years, he single handedly suppressed all HYV leaders, who wished to take over the organisation in his absence. His own sway over sections of the youth has diminished, and there is nothing that Adityanath can call his own independently of the BJP.

His own indiscretion in how he dismantled the organisation he founded, the HYV, could come back to haunt him if he is forced to swallow his pride further in the days to come.