Why a Former Journalist's Electoral Victory in Aurangabad Is So Significant

A video of a news segment from 2010 is currently doing the rounds on WhatsApp groups in Aurangabad, Maharashtra. In the context of the Ayodhya debate, this NDTV piece takes one to a village on the outskirts of Pune, where a temple and a mosque co-exist beside one another. The inhabitants are proud of their village’s communal harmony, and so are the local policemen.

In the end, the reporter concludes by asking, “If a mandir, and a masjid co-exist peacefully in a city like Pune, the question is: why not in other parts of the country?” This reporter, Imtiaz Jaleel, now represents the Aurangabad parliamentary constituency in the 17th Lok Sabha and is Maharashtra’s first Muslim Lok Sabha MP in the last 15 years.

To understand the significance of his achievement, a lesson on the city’s political history is necessary. Aurangabad – a historically Muslim-dominated city – became a Shiv Sena stronghold when Bal Thackeray aggressively asserted his identity politics in the 1980s. This was brought about by changes to the demographics, as remarked by the late Asghar Ali Engineer in his Economic and Political Weekly article dated 1988.

The Sena created its cadre out of unemployed Hindu youths and had them contest the municipal corporation elections, bringing about unabashed violence to gain popularity. Engineer remarks that the ensuing militancy of the Sena cadre was violent, and that even L.K. Advani disapproved of their methods. Meanwhile, the Muslim League played its part in violently opposing this onslaught, while Congress, its ally, played the role of a quiet spectator.

Thus, the Sena wrested power into ‘Hindu’ hands, and created a strong Hindu vote bank through violence. Ever since, the city and its sizeable 30% Muslim population (2011 Census) have been held hostage to communal politics by the Shiv Sena and now, with its NDA-ally, the BJP. To gather electoral victories, these politicians warn of a threat to the Hindu-majority from the Muslim-minority if voted out of power, thus sustaining communal tensions in the city.

The 2019 polls in Aurangabad

It is in this communally-charged environment of Aurangabad that Imtiaz Jaleel defeated the four-time sitting MP from the Shiv Sena, Chandrakant Khaire, with a slim margin of 4,492 votes – the narrowest victory in Maharashtra. Jaleel, a former journalist, is also one of the only two sitting-legislators in the Maharashtra legislative assembly from the Asaduddin Owaisi-led All India Majlis-e-Ittehadul Muslimeen (AIMIM) party. 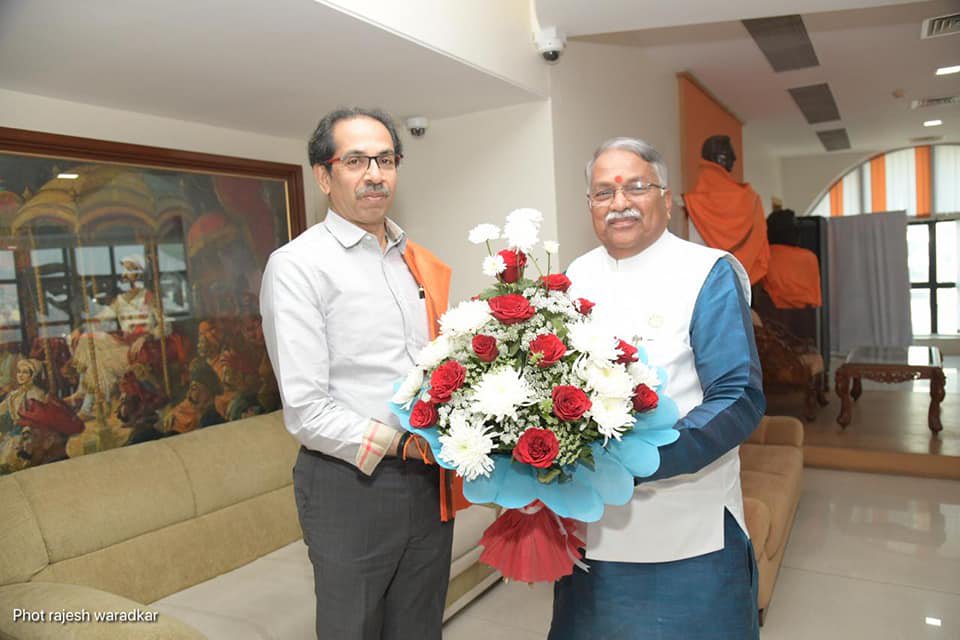 This makes one wonder, what is it that worked in Jaleel’s favour, when the Congress drew its lowest-ever tally of a single seat from Maharastra despite cosying up to Hindutva elements?

Also read: ‘We Can’t Accept Forceful Imposition of Some Group’s Opinion… Someone Has To Take A Stand’

Aurangabad had no dearth of election issues for the contestants to pick from: the city was reeling under an acute water shortage, slow growth, poor public infrastructure, recent riots for Maratha-reservations etc. The NDA, in its signature strategy, discounted all these pertinent issues and contested elections under the banner of Narendra Modi. Khaire sought votes on issues of national security, Hindutva and ‘strong leadership’. The AIMIM, on the other hand, lent a sympathetic ear to these woes and fought an issue-based campaign, which found resonance among the masses.

Equally important to note were the religion- and caste-based arithmetic calculations that led to Jaleel’s nomination as the candidate of the Vanchit Bahujan Aghadi (VBA), an alliance led by Prakash Ambedkar and comprising Owaisi’s party, the AIMIM. While Jaleel had the Muslim vote bank in his favour, the VBA helped him garner Bahujan votes, traditionally Khaire’s vote bank as an OBC candidate himself.

While this combination of factors led to Jaleel’s victory, it is important to note the significance of it. Primarily, his campaign shows what Indian democracy is not – a presidential democracy. He heavily relied on resolving local issues.

The citizens voted for the candidate they best saw fit to represent them at the Centre, as opposed to 2014 when they voted for the prime minister by begrudgingly sending the unpopular Khaire to the Lok Sabha. Thus, by ensuring Jaleel’s victory, the voters of Aurangabad saw through this narrative of supposedly voting for the ‘greater good’, thereby reposing faith in parliamentary democracy.

Secondly, Jaleel’s feat of breaking the 15-year glass ceiling, and becoming Maharashtra’s first Muslim Lok Sabha MP, hardly makes us Maharashtrians proud, for the wait has been too long. While not much is expected any longer of the BJP, the fact that even the Congress party failed to raise a noteworthy Muslim political class to reflect the aspirations of the 13-million odd Muslim population in the state, despite being in power for so long, is highly disappointing.

The Congress, in its alliance with the NCP, nominated just one Muslim candidate in all 48 seats in the state. As it looked to shake off its pro-Muslim image and appeal to the Hindutva vote bank, abandoning the principles of secularism for short-sighted electoral victory, the party has also successfully lost its appeal amongst Muslim voters, who had reposed their faith in the organisation all these years. That the Congress can only survive as a true alternative to the BJP if it inculcates the principles of inclusiveness is a major lesson from the results of this general election.

Thirdly, and most importantly, the elections in Aurangabad have shown all the communally tense constituencies in India that it is possible to forego the heavy baggage of communal political violence if citizens take a chance on progressive values. The 2019 parliamentary elections in Aurangabad were in a similar setting as electoral contests in the 1980s, where an identity-based political party fought against another similar, more entrenched party.

However, as opposed to then, Jaleel resisted pitting Muslims and Bahujans against Hindus to polarise votes. He could very well have used the “abki baar, humari sarkaar” slogan through a communal spectrum, but refrained from exercising vindictive revenge politics. He ran a tight campaign, not letting the bottled-up, repressed anger within the Muslim community, accumulated over 20 years under the Sena’s misrule, out in a destructive manner, for it would have met with violence from a nervous Hindu retaliation.

The city owes its current peace to him, for without him, it would have been in complete mayhem. The Sena resorted to fear-mongering as always, provoking people to be apprehensive if a Muslim candidate usurps a Hindu candidate. However, credit also goes to the city’s citizens, for the rumours of this summer turning violent were aplenty, yet, the citizens sat tight, and the elections went by peacefully.

For these reasons, the elections in Aurangabad were to watch out for. The city now stands as a pocket of resistance in a state swept by the Modi wave. It showed the country that elections can actually be fought on a precise developmental agenda, and that peaceful elections can happen in a communally charged environment if the citizens do not fall victim to preconceived ideas.

For those disappointed with the general results – the city reassures them that all is not yet lost, that there is one more sane voice in the Lok Sabha to fight for them. It is now up to Jaleel to make the best of his victory – while he could develop the city on a local scale, on a much-important national level, he can start by reinvigorating Muslim intelligentsia, bringing the community back into the mainstream and making the city into a refuge for those feeling violence elsewhere. For a city bereft of water, Aurangabad now stands to be an oasis of progressive values.

Paritosh Mulay is a former Legislative Assistant to a Member of Parliament (LAMP) fellow and a citizen of Aurangabad.