Both Yechury and Karat agreed that defeating the BJP was the party’s primary political objective. The differences centred around how to achieve that objective – and at the heart of that dispute is the CPI-M’s relationship with the Congress. 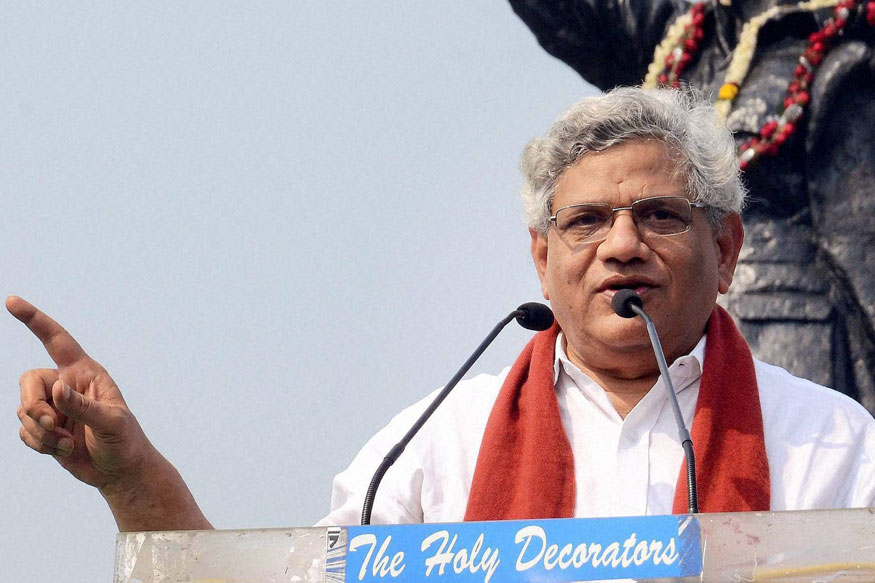 That the two CPI-M top leaders have been at loggerheads has been common knowledge for quite some time. Following the CPI-M’s loss of face in the last West Bengal assembly elections in 2016 when the party had an electoral understanding with the Congress – one in which, ironically, the Congress gained more than the CPI-M – the Karat line seems to have acquired an edge over the Yechury line. Even in 2016, as the CPI-M debated the pros and cons of tying up with the Congress, Karat had vetoed the ‘alliance’ idea.

That in the current 91-member central committee, Yechury could manage the support of only a third of those who voted, shows which way the scales are tilted in this intra-CPI-M conflict. Yechury, according to reports, offered to quit his post after the central committee refused to endorse his resolution. But the politburo, the CPI-M’s highest decision-making body, persuaded him to stay on. Significantly, a large section of the party’s Bengal leadership (with the exception of three members) backed Yechury on having some kind of a pre-poll understanding with the Congress.

Let’s now look at the points of similarities and differences between the political resolutions (two of them were presented before the central committee) drawn up by Yechury and Karat. Both agreed that defeating the Bharatiya Janata Party was the party’s primary political objective. The differences centred around how to achieve that objective – the tactics and strategies that need to be deployed. And at the heart of that dispute is the CPI-M’s relationship with the Congress.

The ongoing conflict brings to mind the summer of 1996, when the CPI-M central committee at two successive meetings, rejected the United Front’s unanimous and repeated requests to let Jyoti Basu lead the Third Front government. Harkishen Singh Surjeet, then the CPI-M general secretary, was one of the most passionate advocates of this line. It’s worth recalling in this context that Basu later described the central committee’s decision as a “historic blunder.” 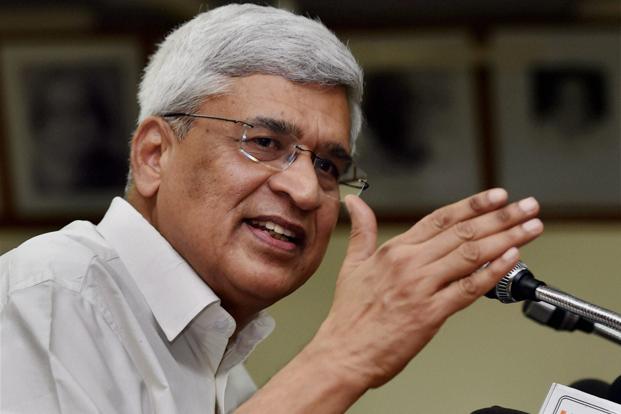 There is a broader context in which the present CPI-M conflict over tactical adjustment with the Congress can be situated. In more ways than one, the 1992 demolition of Babri Masjid, the subsequent assertion of BJP’s majoritarian politics, the country-wide violence that unravelled, compelled the CPI-M to abandon its twin-danger thesis (of maintaining equidistance from the Congress and the BJP).

The tactical change becomes evident when one considers the ways the CPI-M negotiated its politics in Delhi Durbar; the way it suspended hostility towards its longtime arch enemy, the Congress, soon thereafter.

Also read: Sitaram Yechury’s Job Now Is to Prevent the CPI(M) from Imploding

For instance, the CPI-M extended outside support to the Congress-led Narasimha Rao government (1991-1995), the Third Front-led government with Congress’s backing (1996-1998) and then again backed the Manmohan Singh-led United Progressive Alliance (UPA) government in 2004. Under Karat’s leadership, the CPI-M eventually withdrew support to the UPA in 2008, protesting the civil nuclear deal with the US.

The two party stalwarts whose names come to mind in any discussion on the CPI-M’s change of tactics which saw the party veering around to identifying BJP as the ‘main’ political adversary are those of Harkishen Singh Surjeet and Jyoti Basu. Both leaders believed that the CPI-M, particularly after the demolition of the Babri mosque, should work towards installing a secular government at the Centre, if only to keep the BJP out of power. The duo managed to convince the party that an all-powerful BJP would hurt India’s democracy and secularism. This, despite the fact that the Congress was then the CPI-M’s primary political adversary in West Bengal, Kerala and Tripura, the only states where the left party had clout and power.

It can easily be argued that a logical extension of this argument means that rather than revert to its twin-danger electoral tactic, the CPI-M, would now further broaden its network of alliances with anti-BJP parties. After all, few would dispute that the BJP has greatly enhanced its strength since the Lok Sabha elections in 2014. In fact, not only does it command a majority in the Lok Sabha, the party has been steadily expanding its footprint across India – including in states where it barely had any electoral presence in the past. Fast replacing the Left as the Trinamool Congress’s principal opponent in Bengal, the BJP is gaining strength in Kerala and the Northeast too. 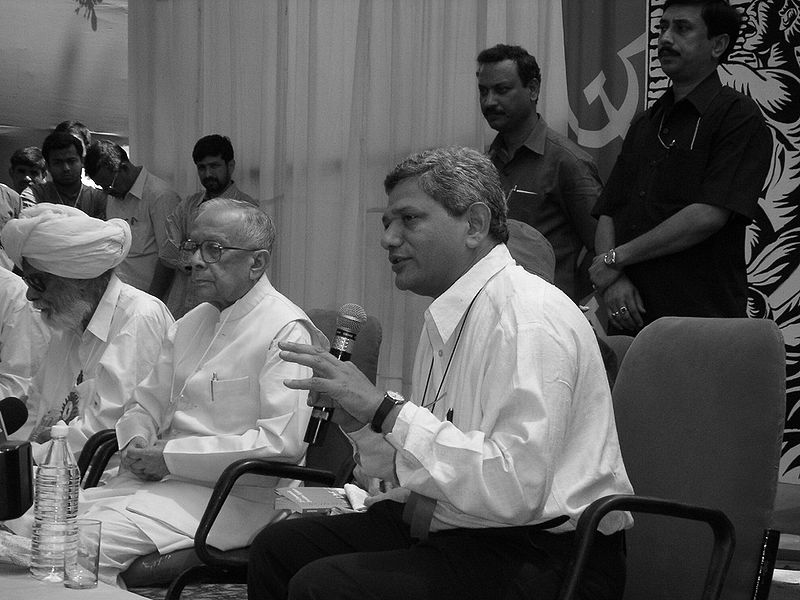 Yet the CPI-M seems unaware of and even indifferent to this changed political reality. The party seems determined to make a U-turn precisely at the time when the BJP is at the peak of its strength. To the bewilderment of many, Karat, in a newspaper article last year, delved into the semantics of fascism, arguing that the Modi regime does not theoretically fit the bill of a fascist government, thus obviating the need for the sort of ‘United Front’ the Communists built in Europe in the 1930s in the face of the Nazi seizure of power in Germany.

Karat selectively quoted a formula that Georgi Dimitrov had used in a specific context – “the open terrorist dictatorship of the most reactionary, most chauvinistic and most imperialist elements of finance capital.” Leveraging this, Karat went on to argue, “In India today, neither has fascism been established, nor are the conditions present – in political, economic and class terms – for a fascist regime to be established. There is no crisis that threatens a collapse of the capitalist system; the ruling classes of India face no threat to their class rule. No section of the ruling class is currently working for the overthrow of the bourgeois parliamentary system. What the ruling classes seek to do is to use forms of authoritarianism to serve their class interests.”

It is ironic that at a time the CPI-M should be investing its energy in broadening alliances with anti-BJP forces (including Mamata Banerjee, who, undoubtedly has been the fulcrum of anti-BJP politics), the party is enmeshed in a messy wrangle between two of its top leaders.

After spending years debating the class character of the Indian state and throwing around labels like “revisionist” and “adventurist”, the latest dispute to preoccupy the party is whether the Modi government is “fascist” or not. It is on the outcome of this debate that the decision on whether or not to have some sort of tactical understanding with the Congress will eventually hang.