Anxious about losing their cultural and linguistic identity to a Bengali speaking migrant population, strong opposition has cropped up against the NDA's alleged move to make Assam a “dumping ground for Hindu Bangladeshis”. 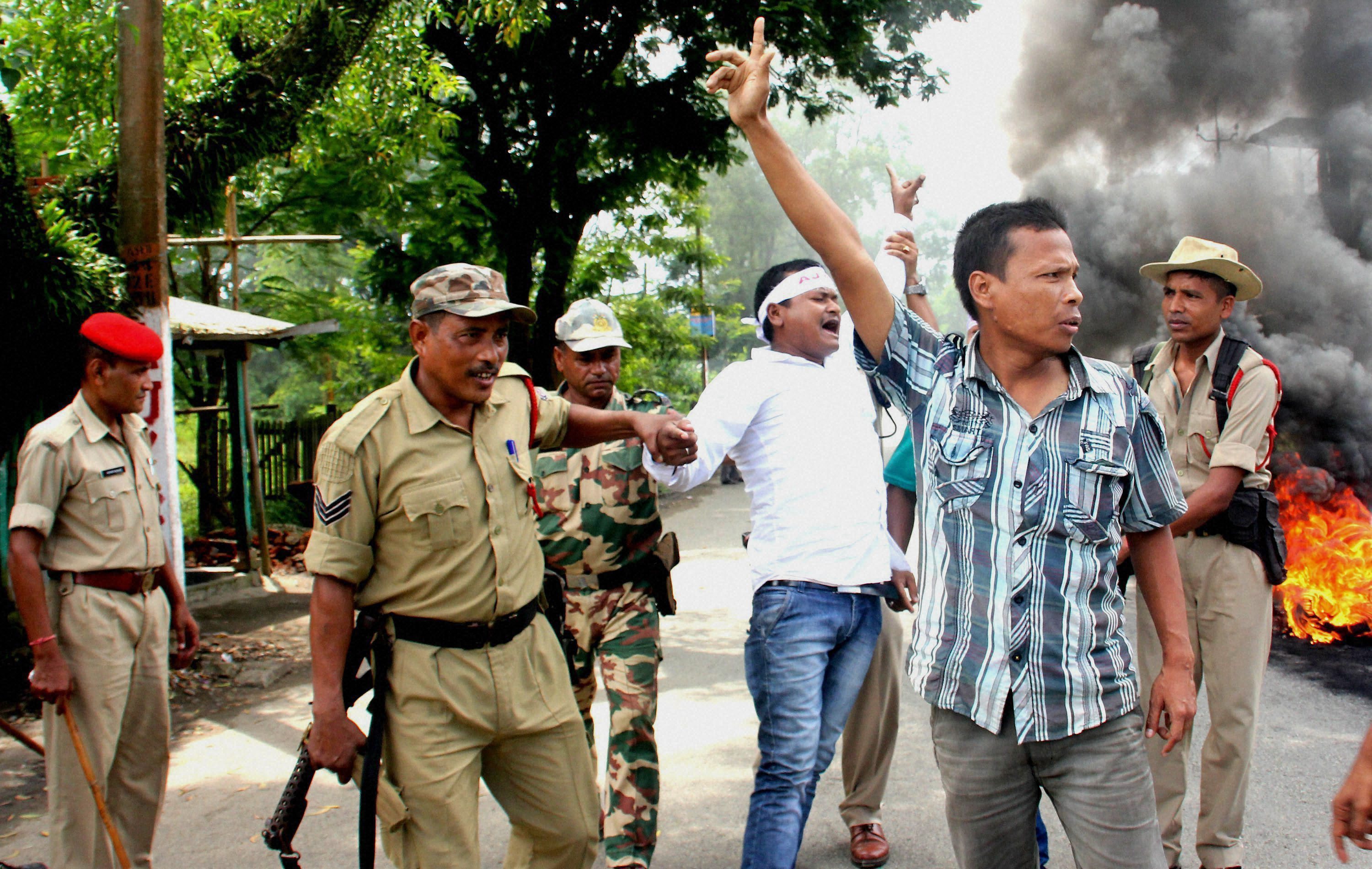 New Delhi: The Narendra Modi government’s decision to bring a modification to the Citizenship (Amendment) Act, 1955, to help grant Indian citizenship to Hindu Bangladeshis, among others, has triggered a sharp division of opinion on linguistic lines in Assam’s Brahmaputra and Barak Valley.

While 135 organisations and individuals submitted a memoranda to the Joint Parliamentary Committee (JPC) during its day-long visit to Guwahati on May 7, 300 of them had been slated for submissions in favour of it between May 9 and May 10 in Silchar. The JPC is likely to visit Shillong for a day to seek the opinion of local organisations and individuals on the Centre’s decision to turn the Citizenship (Amendment) Bill, 2016, into an Act. Meghalaya has a large number of Hindu Bengali population, most of whom came from East Bengal.

The 16-member JPC was formed in August 2016 under the headship of BJP MP Satyapal Singh to hear representations of various stakeholders after severe opposition was registered in Assam following the tabling of the Bill in the Lok Sabha in July, 2016. The primary reason behind the opposition to the Bill was that it would make the cut-off date of March 25 1971  redundant for citizenship of undocumented immigrants residing in the state mentioned in the Assam Accord of 1985.

So far, the JPC has invited many organisations from the state to New Delhi to express their views for or against the Bill. However, this is for the first time, its members have travelled to the state to give a hearing to a large number of organisations and individuals.

On May 7, submitting opposition to the Bill to the JPC at the Administrative Staff College at Khanapara, almost all the organisations, political parties and individuals spoke to local media expressing the fear of losing their cultural and linguistic identity to Bengali if doors were let open to migrants from across the border to settle in the state on religious grounds.

First to submit a memorandum opposing the move was the Asom Gana Parishad (AGP). The party, which was born out of the six-year-long Assam students’ movement against undocumented immigrants, threatened to come out of the BJP-led state government if the Centre went ahead with the Bill.

The Congress too has opposed the Bill, with former chief minister Tarun Gogoi telling reporters that the state would not accept any more burden of migrants from Bangladesh as it had already done till 1971.

All Assam Students Union (AASU) leaders, opposing the Bill, said it would resort to agitation, if required, to stop the Bill from becoming a law as it would make Assamese a minority in its own land.

A day before the JPC was to begin its day-long hearing, Krishak Mukti Sangram Samiti (KMSS) leader Akhil Gogoi told reporters in Guwahati, “Will Assamese people become minorities in their own state? Will Assamese language be replaced with Bengali as the official language? Such fears among the indigenous people in Assam will become reality if we all do not stand strongly against the Bill. The BJP and RSS are sponsoring several organisations in Assam so that they don’t oppose the Bill.”

He said, “According to a report by former governor S.K. Sinha, 75,00,000 Bangladeshi Hindus had entered Assam between 1971 and 1989. If the bill is passed, they will become citizens of Assam. All foreigners, irrespective of religion and caste, who came to Assam after 1971 must be detected and deported.”

Many organisations, who also took out a rally in Guwahati opposing the Bill, also expressed disappointment at the JPC for having set aside only one day’s time for 30 districts of Assam while two days to the rest of the three districts.

Stating that connectivity issues had led the JPC to spend an extra day in Silchar, Kamakhya Prasad Tasa, a member of the JPC and the Lok Sabha MP for the BJP from Jorhat, said, “It is not possible to return from Silchar same day as there is communication bottleneck.”

However, as per some local news reports, the JPC has decided to give more time to the rest of Assam soon.

While chief minister Sarbananda Sonowal and Finance minister Himanta Biswa Sarma have not made any comment on the issue after the JPC’s day-long hearing, BJP MP and minister of state for Assam Rajen Gohain said the Bill was for entire country and not for Assam alone. Earlier, Sarma had said that the Assamese should allow the Hindu Bangladeshis to settle in Assam in order to counter the state from becoming a Muslim majority state.