Further Ghettoised, Assam’s ‘Muslim Party' Could Be Reduced to a Single Seat

Though it ate into the Congress’s Muslim votes, the AIUDF's popularity has declined recently. It won just 26 seats in the 2018 Panchayat elections. 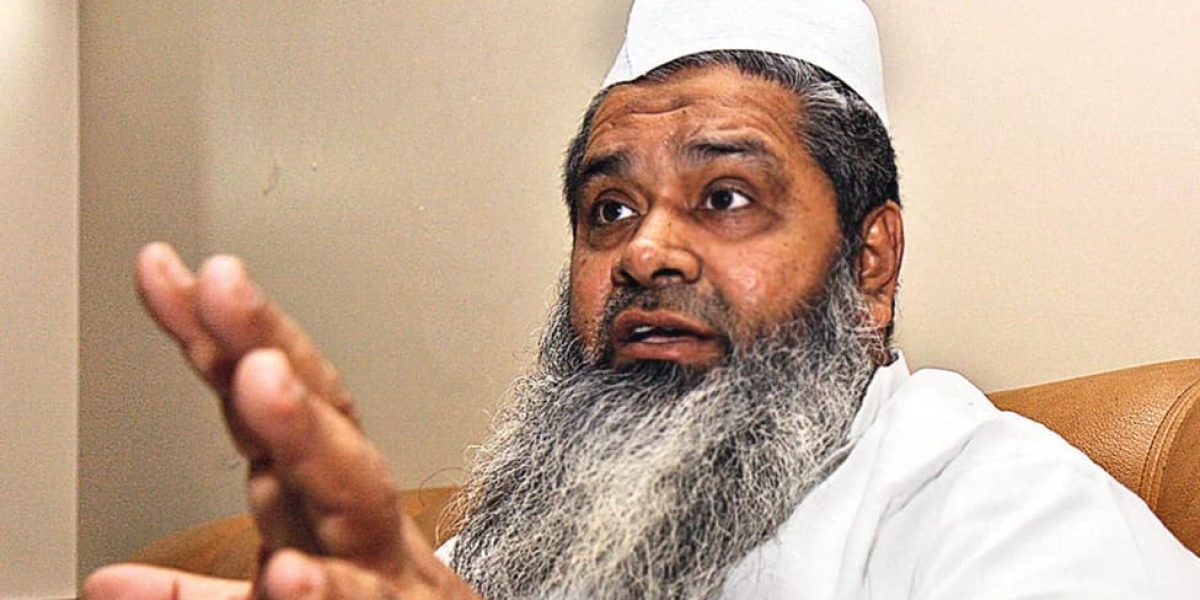 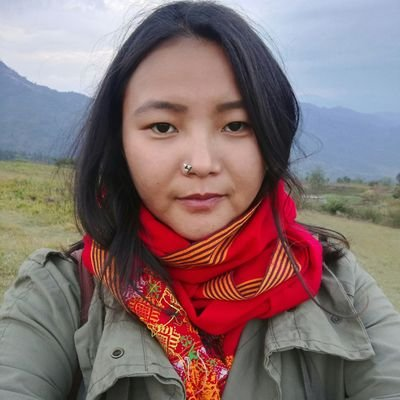 “Under this government, they have introduced good schemes – like the one tola gold for brides in Assam,” he told The Wire in Mission Road, a Hindu Bengali area in Dhubri town. “It doesn’t matter if the candidate is from Asom Gana Parsihad (AGP) or a Muslim, the vote will ultimately go to Modi.”

Among Muslim residents of Dhubri town, a different sentiment is voiced anytime a reporter asks what issues will influence their vote this year: “Shanti (peace) is all we want.”

In this border district in lower Assam, where the Brahmaputra river separates India from Bangladesh, Muslims are the majority (around 80%). Roughly 30% of Assam’s population is Muslim, of which Miyas are one of four major communities.

Of the more than 15 lakh Muslim residents here, at least eight lakh voters are Bengali-speaking ‘Miyas’ of East Bengal origin. The BJP refers to them as ‘ghuspetiyas’ (infiltrators) and BJP president Amit Shah alluded to them as ‘termites’.

Such references, however, aren’t new for this community. It has faced the ire of mainstream Assamese society for decades as resentment built up against undocumented migration from erstwhile East Pakistan or Bangladesh. This resentment culminated in a six-year violent agitation, which brought about the Assam Accord of 1985. Yet the issue of undocumented migration remain unresolved.

Parveen Bepari, an assistant professor at PB college, Gauripur says that while all Bengali-speaking communities were seen as outsiders, the prejudice took a religious colour during the Assam agitation.

“It came to be used for Muslims of East Bengal origin,” she told The Wire. “This stereotyping manifested in incidents like the Nellie massacre, and a tendency to justify this attack citing the ‘suspicious’ background of these people.”

The Miyas are the voter base of the All India United Democratic Front, led by the incumbent MP, Maulana Badruddin Ajmal. AIUDF is defending its seat from the AGP candidate, Zaved Islam, in Dhubri and Congress MLA Abdul Khaleque in Barpeta.

Muslim-dominated Dhubri and Barpeta, along with Guwahati and Kokrajahar, are the last constituencies in the state to go to polls on April 23.

Known to have eaten into the Congress’s Muslim votes, Ajmal’s party increased its seat share from one to three in the last general election. However, the party’s popularity has been on a decline over the past few years. Its vote share dropped by 13% in the 2016 assembly elections, and won just 26 seats in the 2018 Panchayat elections. Residents from different chars gather at Kolapakani char in Dhubri for an AIUDF rally on April 20, 2019. Credit: Makepeace Sitlhou

The majority of Muslims in Dhubri district have found a place in the final draft of the National Register of Citizens, released last year on July 30, much to the anguish of BJP leaders, who have protested the high inclusion percentage in this border district to question the fairness of the NRC process.

Last year, BJP minister Himanta Biswa Sarma remarked that the NRC had become futile and the effort should be to exclude more people living in border districts.

However, on the ground, the reality is different when it comes to those who are facing the brunt of the NRC. While a majority of names from Dhubri had been included in the list, BJP workers said that among the 7% population of Dhubri that did not make it, 6% were Bengali Hindus.

However, neither the BJP nor the Sangh parivar were perturbed about Hindus being deported to Bangladesh, a fear that was running amok after the final draft was released.

When this reporter visited Dhubri last August, members of the Sangh and BJP were helping Bengali Hindu families left out of the final draft file their claims.

Raja Halder, a resident of Mistripara colony in Dhubri town who works as a private school teacher, said his sister-in-law was the only member of his family who hadn’t made it to the list. “It’s unfortunate that Hindus were left out of the NRC while several Muslim ‘infiltrators’ have made it,” Halder told this reporter. Bhagirath Ojha, an RSS swayamsevak, told this reporter in August that there were anomalies in the NRC, and that a bulk of Hindu names were not in the voter lists.

“Hindus can never be foreigners in Hindustan,” he said. “We are very hopeful that the Citizenship (Amendment) Bill introduced by the government, which is currently with the JPC (joint parliamentary committee), will be passed.” The Bill has since lapsed.

None of the Muslim residents The Wire spoke to this time said that they were excluded from the NRC, but advocate Masood Zaman said a high percentage of Muslims have been marked as doubtful voters or ‘D-voters’. The 2017 figures shared in the state assembly locate 2,376 ‘D-voters’ in Dhubri alone.

Johruddin, a firewood collector from Motakhawa, said that one of his grandsons had received a notice from a foreigners tribunal. “His name was excluded from the voter list because we didn’t have the requisite certificate. The first hearing happened in Chayygaon, then in Golakganj and again in Chirakuti,” he told The Wire. “How can people live if they face such harassment?”

Also Read: The Death of Amrit Das and the Search for Foreigners in Assam

Living in a rented accommodation in Dhubri town, Johruddin fears he might also be listed as a D-voter. As per his friend, Amir Ali, who also collects firewood for a living, ‘Huzoor’s party’ (AIUDF) has helped those excluded from the NRC or electoral rolls.

“They told us they will make arrangements for people whose name were not included in the list and don’t have supporting documents,” said Ali, who lives in Bashani char (river island). When asked if development or basic amenities were on his mind as a voter during the election, he said having peace and harmony was top of his agenda. “I don’t want any property or money, only that there should be peace in the country. Everyone should be safe.” 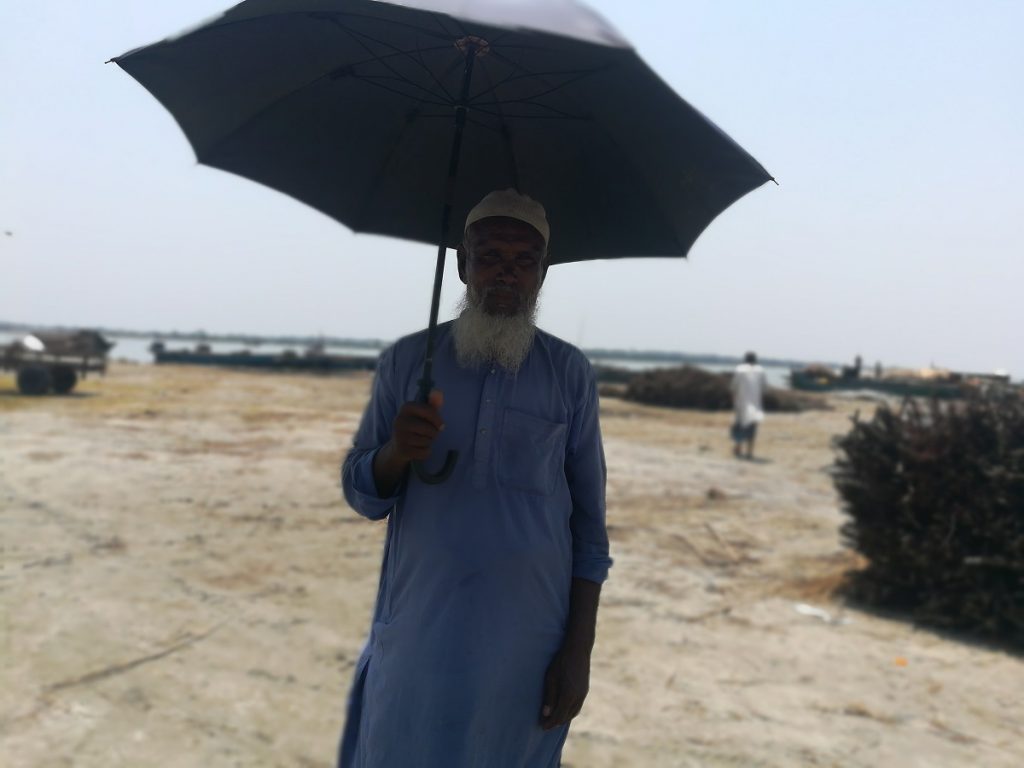 Johruddin, a firewood collector from Motakhawa, said that one of his grandsons had received a notice from one of the foreigner tribunal courts. Credit: Makepeace Sitlhou

On the road to the New Ghat, one passes through a predominantly Hindu Bengali pocket in the town before reaching the river bank, where shops and shanties are occupied by Bengali speaking Muslims. Residents at the ghat say they co-existed peacefully with Hindus for years until the BJP came to power in the state.

“They told us to stop eating goru (beef)”, Johruddin said. “Since our forefathers’ time, we have lived together peacefully and followed our respective dietary habits. We don’t want any fight with them,” he told The Wire.

It is no surprise that votes here are cast on clear religious lines, although both Hindu and Muslim Bengalis The Wire spoke to praised the ‘good work’ that Prime Minister Narendra Modi and Ajmal had done, respectively.

Shahida Khatoon, who runs a vegetable shop in New Ghat, said she had not received any assistance or benefits under Central schemes like Pradhan Mantri Ujjwala Yojana (LPG connection), Swacch Bharat Abhiyan (toilets) or the UJALA scheme (electricity). “I didn’t even get a ration card, but a few neighbours received some benefits,” she told The Wire.

When asked why others may have received benefits and not her, she guessed that it maybe because she had only one son. “My vote is not important, since I only have one son and five daughters. People who have four-five sons get schemes. Daughters marry and move away to another constituency where they vote,” says Khatoon, a single mother. Her husband lives in the char with his second wife now. She says she will vote for Ajmal. Shahida Khatoon said she had not received any assistance or benefits under Central schemes. Credit: Makepeace Sitlhou

At all his rallies in the past few days, Ajmal has directly addressed the communal agenda of the BJP. He has raised the Citizenship Bill, NRC and the lynching of a Muslim man in Biswanath Chariali. “Are you Bangladeshi…?” he asked a captive crowd consisting of mostly Miyas at a rally a day before the campaign was to end for the third phase. “No!” the crowds responded. “After the polls, build a beautiful boat, put Modi, Amit Shah and Himanta on it and push it to Bangladesh,” he told the crowd.

However, BJP district president Dipak Saha says that both Hindus and Muslims would vote for Modi, since his welfare schemes have benefitted all.

“More than 70% voters here are Muslims. Obviously they have benefited largely because of Modi’s welfare programmes. Who else would a Hindu vote for if not the BJP?” he said. However, critics have speculated that it has been easier to convert votes from the AGP to the BJP than to transfer the BJP’s votes to the AGP.

Rubbishing this notion, Saha said that BJP supporters are ultimately aiming to bring Modi back. 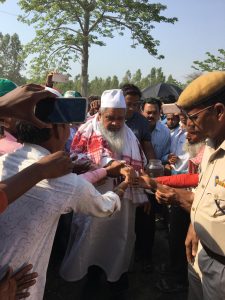 Maulana Badruddin Ajmal arrives at one of his last rallies for the elections in Assam at Kolakapani char, Dhubri. Credit: Makepeace Sitlhou

In the neighbouring Barpeta district, home to more than nine lakh Miya Muslims, the field is tilted in favour of the Congress candidate. Forhad Bhuyan, a local scribe who also runs Aroma English School, says that the AIUDF has no real mandate, relying entirely on religious symbolism to win votes. “The MP fund has been used to build mosques and madarsas”, he said. “What we need urgently is the protection of char areas due to rapid soil erosion and Central government schemes.”

Many others, including Miya Muslims, said they would go with the Congress since they do not play on the divisions between Hindus and Muslims, or Bengalis and indigenous Assamese. In the recent Panchayat elections, Congress won 22 of the 29 seats in Barpeta. The AIUDF scored nil.

This election, the Congress came close to allying with the AIUDF, but turned around after former CM and Congress MLA Tarun Gogoi rebuked the alliance. In an exclusive interview to The Wire, Gogoi said that the popular perception of AIUDF as ‘communal’ was not seen as favourable, even though the party was part of the UPA-II alliance.

“They belong to a Muslim communal party, just like BJP is Hindu communal. By aligning with the UDF, we will be supporting a communal party and secularism in the Muslim belt will be affected,” he said. “They will also be polarised, and polarisation is not good for the state.”

Makepeace Sitlhou is a freelance journalist based in Guwahati.