An improvisation over the Karnataka BJP’s innovation of subverting the anti-defection law has made the current move deadlier than its 2008 experiment. 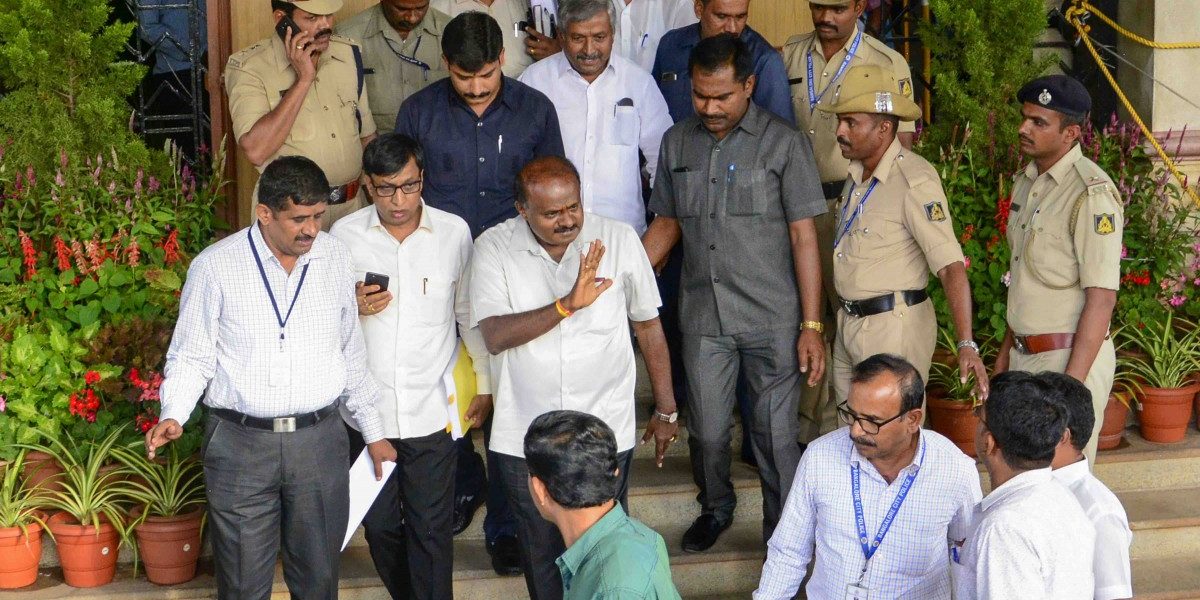 The Bharatiya Janata Party (BJP) has certainly set new trends and established itself as a party with a difference. In the crisis unfolding in Karnataka, the party has changed the rules of engagement in the handling of members of the legislative assembly by springing a surprise that its rivals – the leaders of the Janata Dal Secular (JDS)-Congress coalition government – are bound to spar over for a long time to come.

An improvisation over the Karnataka BJP’s innovation of subverting the anti-defection law (by getting Congress and JD(S) MLAs to resign from the membership of the House and later getting them re-elected on a BJP ticket) has made the current move deadlier than its 2008 experiment. That year, the defectors were made to resign in ones and twos, unlike this month’s ‘Operation Kamala 4.0’, when a chunk of 11 resignations followed a lone member.

The precision with which the entire operation is being conducted has left its own party leaders, except four or five who were in the know, gawking. The most loyal Congressmen have been targeted and chosen to join Ramesh Jarkiholi, who has been holed up in a Mumbai hotel since December when he was dropped from the coalition ministry on grounds of “non-performance”.

BJP’s tallest leader in the state, B.S. Yeddyurappa has moved from saying “we are no way related to the crisis”, to listing to the media names of those jumping on to the BJP’s bandwagon. It just needed a D.K. Shivakumar arguing with policemen at a Mumbai hotel seeking “coffee with friends”, to clear up muddied waters.

Also read: SC Order On Karnataka Crisis: What It Says and What It Doesn’t

Shivakumar’s move changed the perception that the resignations were a result of internal differences within the Congress and between the Congress and the JD(S). The real factor was the BJP, determined to teach the coalition partners a lesson as the offer of chief ministership to H.D. Kumaraswamy by the Congress had thwarted its “Congress-Mukt” campaign of 2018.

This is not to say that the Congress-JD(S)’s forced marriage was anywhere near a workable one, particularly after fighting pitched battles for over four decades in southern Karnataka. The baggage of the past was hidden behind half-smiles and shaking of hands like professional diplomats before the cameras. Clearly, the central leadership of the Congress, which forged the alliance, did not look beyond its nose to see that the JD(S) has represented the anti-Congress sentiment in the state since 1967.

That was the year when the Congress Samyukta Vidhayak Dal governments were formed in several states, the DMK came to power in Tamil Nadu and the long-lasting Left Democratic Fronts in West Bengal and Kerala. The coalition governments in the northern states fell as soon as Indira Gandhi emerged as a strong leader of a powerful party, post the Bangladesh War.

What we saw in Karnataka in May 2019 was that the anti-Congress vote simply moved over to the BJP. Plus, the Modi factor, riding on the platform of nationalism, resulted in a sweep unseen before against the Congress in Karnataka. Adding a topping to this victory for the BJP were the internal squabbles within the Congress as well as between the Congress and the JD(S).

The work of the coalition partners in the Lok Sabha election appeared as if the knives had already been sharpened over the year of coalition rule. Complaints of non-cooperation by JD(S) ministers to requests from Congress legislators were either not taken seriously or were brushed aside. Each of the “unhappy” MLAs have complaints of either not getting developmental funds for their constituencies or not having officers of their choice on boards or corporations they headed or deals within their domains being made at higher levels.

Clearly, the sharing-of-the-spoils system which the Janata Dal, the previous incarnation of the JD(S), had learnt from the Congress had been either forgotten or ignored. There are also instances like that of a senior and powerful Congress MLA not being even invited for consultations on city affairs by the minister-in-charge. This is where the BJP saw “Vikas” and targeted legislators who belong to the landed gentry with the promise of future commerce.

The BJP realised that the line between commitment to a party’s ideology and business interests has vanished and it was the right time to strike. The fickleness of the elected representative had reduced from 21 days of ministership to 24 hours of change of heart in a span of one week.

As of now, there is little chance of the coalition government surviving. If it does, it will again face this problem sooner than later. If it doesn’t, the BJP is also bound to face a wave of greed. Or will it go in for mid-term elections in December? If so, will it see 1985 happening? That is a call only the country’s second-most powerful man and Union home minister Amit Shah will take.

Either way, the entire operation to get back power could well be a lesson for political science students on ways to subvert democracy.

Imran Qureshi is a senior journalist.