As the Alliance Game Continues, Congress's Missteps Could Cost it Dearly

Given the Congress lacks the momentum it requires at this juncture, the BJP may have it easier than it thought.

New Delhi: With less than a month before the first phase of parliamentary polls, the Congress appears to be struggling more with problems within the party than those posed by the BJP.

The Rahul Gandhi-led party may have started its electoral campaign with some sure-footedness in Gujarat this week, but has so far only squandered possibilities of stitching up new alliances and consolidating old ones. In comparison, its primary opponent, the BJP has not only forged formidable new alliances but has also placated its resentful partners successfully.

Magnifying the Congress’s problems are a series of party leaders defecting. Since most of these leaders have joined the BJP, the saffron party – riding high on a campaign that increasingly appears to be hinging on hyper-nationalism after the airstrike on Balakot – has clearly raced ahead in the perception battle.

Let us take a few cases in point.

The party’s uncertainty over whether to ally with the Aam Aadmi Party (AAP) or not has clearly not done it any good. The Congress leadership, including Rahul Gandhi and Delhi PCC president Sheila Dikshit, had categorically told the media that it was a “unanimous” decision not to ally with the Arvind Kejriwal-led party.

However, days later, the Delhi in-charge for the Congress P.C. Chacko gave indications that the party may reach a final decision after getting views from booth-level workers. When asked about this, Dikshit pleaded ignorance and said she unaware of any such survey.

Similarly, talks about an AAP-Congress alliance in Haryana and Punjab hit a deadlock as Congress’s state-level leaders showed no interest in consolidating the opposition forces.

This, despite the national leadership of the grand-old party, including the organisation’s president, has been speaking about a united opposition throughout. Opposition leaders Mamata Banerjee and N. Chandrababu Naidu reportedly tried hard to make the match between the two parties but failed.

Meanwhile, the political messaging by the party has been confusing. It was such that one would be inclined to feel that the alliance did not come through despite Rahul Gandhi’s willingness.

After the talks apparently fell through, none other than Kejriwal himself alleged in a tweet that the Congress was helping the BJP by splitting the anti-BJP vote.

At a time when the whole country wants to defeat Modi- Shah duo, Cong is helping BJP by splitting anti-BJP vote. Rumours r that Cong has some secret understanding wid BJP. Delhi is ready to fight against Cong-BJP alliance. People will defeat this unholy alliance. https://t.co/JUsYMjxCxy

While Kejriwal’s allegation may not be true, the Samajwadi Party chief, Akhilesh Yadav, in his multiple interviews, has indicated similar reticence on the Congress’s part. He has been saying that while they (Bahujan Samaj Party, Samajwadi Party, Rashtriya Lok Dal) were trying to defeat the BJP, “others,” (read the Congress) were only concerned with building their own party.

The friction between the Congress and the SP-BSP combine started with the recent assembly elections in Madhya Pradesh and Rajasthan. Both Mayawati and Yadav alleged that the Congress refused to accommodate the two parties in the opposition alliance. They had expected that the Congress, amidst talks of a larger opposition alliance, would respect the parties by awarding the SP and BSP MLAs in the states with ministerial berths. But that did not happen.

In retaliation, when the BSP-SP-RLD alliance left only two seats – Amethi and Raebareli – for the Congress, it created further tensions between the parties. Political observers say that had the Congress been serious about its national prospects, it could have controlled the temperature at that moment but instead let it simmer. 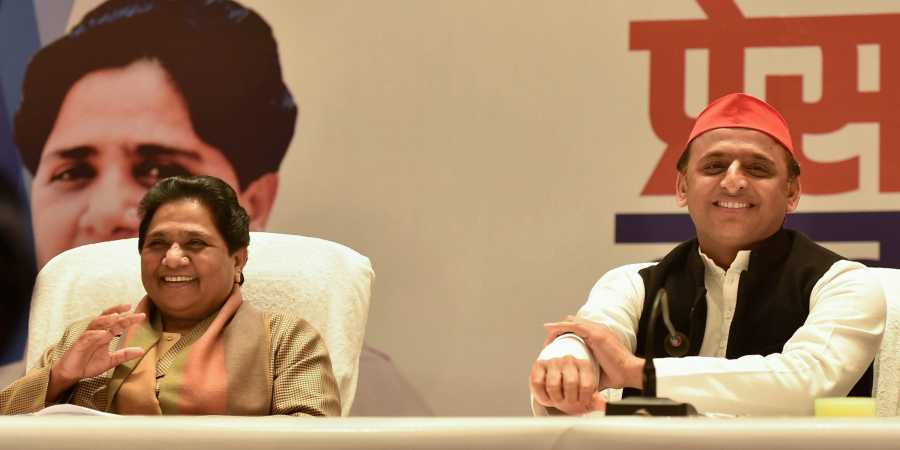 It decided to go it alone in UP and launched Priyanka Gandhi to take on both – the BJP and the opposition alliance. The party was hardly active in UP politics over the last five years. It has mostly used elections – first assembly poll in 2017 and now parliamentary – to assert its space in the country’s most populous state. So, its decision to consolidate the party ranks a month ahead of the elections may well be questionable.

It needed to assert its independence so much that Priyanka Gandhi even visited the Bhim Army leader Chandrashekhar Azad in hospital. This may have miffed Mayawati even more. The BSP supremo has categorically criticised the Bhim Army multiple times. She has said that such groups were effectively weakening the Dalit movement.

The result has been Mayawati going on an attacking spree against the Congress. She declared that it will have no alliance with the Congress in any state, and has made sure that all her tweets and party releases attacked both the BJP and Congress unequivocally.

Many in Lucknow now say that the BSP supremo is inclined to put up alliance candidates even in Amethi and Raebareli – the pocket boroughs of the Gandhis – but Yadav has somehow stopped her from doing so until now. Yadav, it is said, has had a hard time playing the buffer between the Congress and BSP.

If a regional players like Banerjee, Naidu, and Yadav show greater maturity than the Congress, it is clearly reflective of the priorities of the latter.

While the Congress could not forge new alliances, it also had hard time retaining its old partners.

After long discussions over the last month, it was only on March 14 that the Congress-Janata Dal (Secular) alliance for the general elections came through. But since then, there has been considerable dissension within the Congress party ranks. According to party members in Karnataka, the JD(S) wanted 10 seats while the Congress wanted to give it only six.

After the Congress president conceded eight seats to the JD(S), many say, a virtual implosion within the party is awaited. Many members are likely to defect from the party and join the BJP.

Similarly, the Congress’s most cordial partner, the Rashtriya Janata Dal, has also not been happy. After a month long discussion, Congress will now contest 11 seats while its senior partner in Bihar will field its candidates in 20.

It is the the tussle between other constituents, who will take the remaining nine seats, that is making things messier. The Communist Party of India (ML-Liberation), the most important Left party in Bihar, had wanted two seats – Ara and Siwan – but the RJD is willing to give it only the former. The CPI (ML-Liberation), which enjoys a fair degree of respectability in the two seats, has apparently told the RJD that it would have no option but to contest from Siwan where it has led social justice movements for the last four decades. Thus, the alliance is still in the works.

In Jharkhand, too, the Congress, Jharkhand Mukti Morcha, and Babulal Marandi’s Jharkhand Vikas Morcha (Prajatantrik) have gotten together but left out the Leftists, who were willing to be a part of the alliance. This could be a strategic error as two Left parties – CPI (ML-Liberation) and Marxist Coordination Committee (MCC) – have enjoyed considerable clout in the coal belt of Jharkhand, especially in three seats: Giridih, Koderma, and Dhanbad, of the 14 seats.

In contrast, the BJP finalised its alliance with Janata Dal (United) back in December, both deciding to contest 17 seats each while six go to the Ram Vilas Paswan’s Lok Janshakti Party. 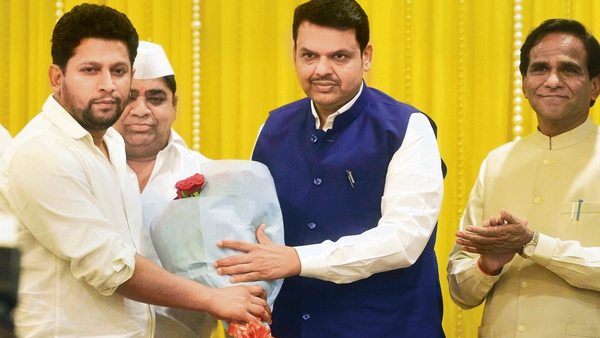 In Maharashtra, too, Congress faced its first major jolt when Sujay Vikhe Patil – the son of one of its stalwarts and leader of opposition in the assembly Radhakrishna Vikhe Patil – joined the BJP.

Sujay was unhappy over the fact that the Nationalist Congress Party got the Ahmednagar seat in the UPA alliance.

The Vikhe Patils have considerable influence and clout in Ahmednagar and the loss will have a possible state-wide bearing for the UPA.

Meanwhile, Sharad Pawar, the NCP supremo has walked out of the electoral race. There are reports that not everything is well in the Pawar clan leading to the senior Pawar’s sudden decision.

He did not make it easy for the UPA when he told a reporter that “the BJP may be the single largest party” after the elections, but Modi is unlikely to be the prime minister again.

Meanwhile, at least four Congress MLAs in Gujarat have defected to the BJP in the election season. The BJP leaders have succeeded in creating a perception that more from the party are likely to join the saffron camp. With each passing day, the BJP has created a spectacle out of minor and major opposition leaders from the opposition joining its ranks.

In contrast, the BJP has steered the NDA rather confidently. When it conceded all the demands of the Shiv Sena, it looked like the party was nervous before the parliamentary polls.

But in the subsequent days, it gave an impression that the party was singularly focussed on winning the elections and was ready to make respectable space for its regional partners.

It built a formidable alliance with AIADMK, PMK and others in Tamil Nadu, treated the JD(U) and Shiv Sena as equal partners despite having strong differences with them, and amazingly brought back the rebellious Asom Gana Parishad, which had left the NDA over the Citizenship Bill, back into the NDA in Assam.

It placated its smaller dissenting partners like Apna Dal and Suheldev Bhartiya Samaj Party in UP by rewarding them with positions in state cooperatives, Zila Parishads, and Panchayats.

At the same time, the BJP engineered defections from different opposition parties in Maharashtra, West Bengal, Odisha, and Gujarat. 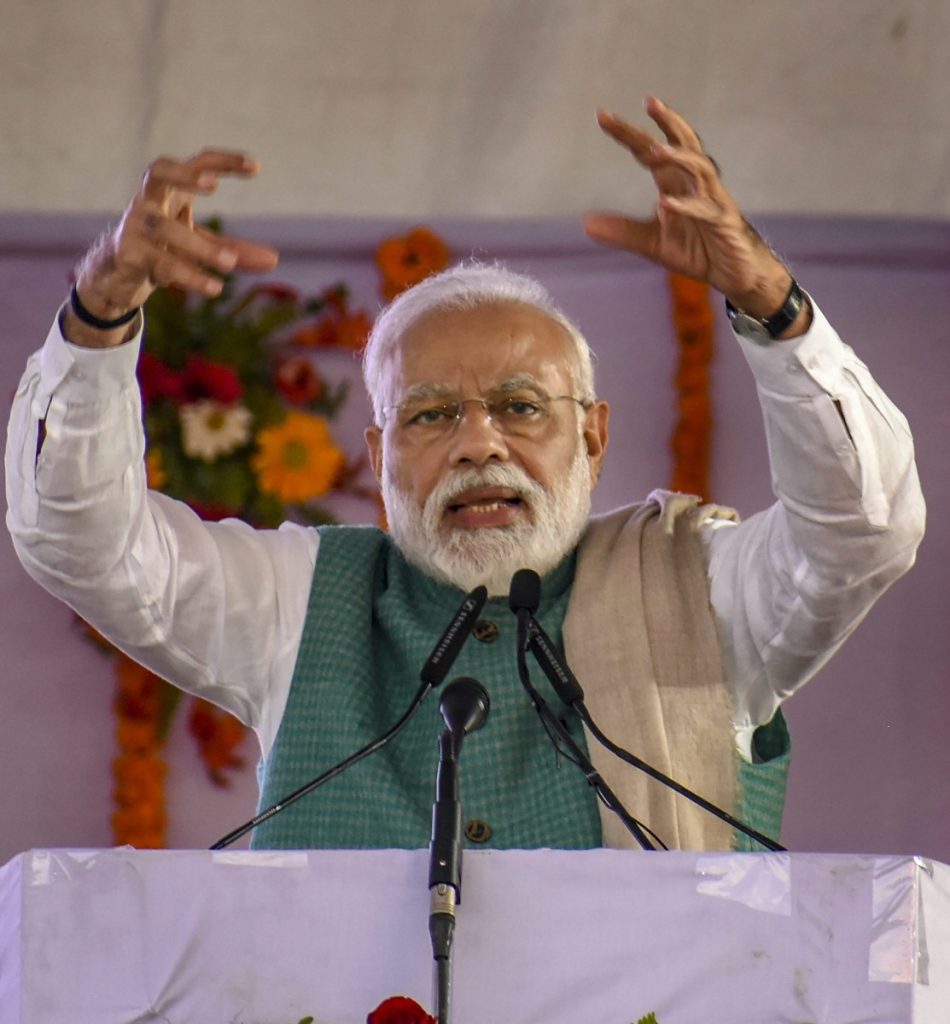 All the leaders may have joined the BJP after being denied election tickets, but made it a point to tell the media that they were joining the saffron party because of its bold stand against terrorism. This appears to be a well-thought out strategy by the BJP, which is pinning much of its hopes on last month’s Indian Air Force strikes at Balakot, Pakistan.

It has also seen to it that this strategy – what is also infamously known as ‘Operation Lotus’ – keeps the Congress busy guarding its own rank and file instead of concentrating on the campaign.

While the BJP looks well ahead of the UPA as far as a well-coordinated strategy is concerned, it also appears to be flexible in meeting the demands of its partners. Its readiness to form a strong front could be gauged from the fact that the NDA currently comprises 36 partners  in comparison to only 16 in 2014.

In that sense, although the NDA has been trying to pitch the election as ‘Modi vs All’, in reality it is a much bigger gathbandhan (alliance) than the UPA.

The next few days will witness intense politicking by both the fronts. With the first phase of parliamentary polls less than a month away, it is clear that the next union government will be a coalition. However, the Congress currently lacks the momentum it requires at this juncture. If the party does not course correct over the coming days, the BJP may have it easier than it thought.