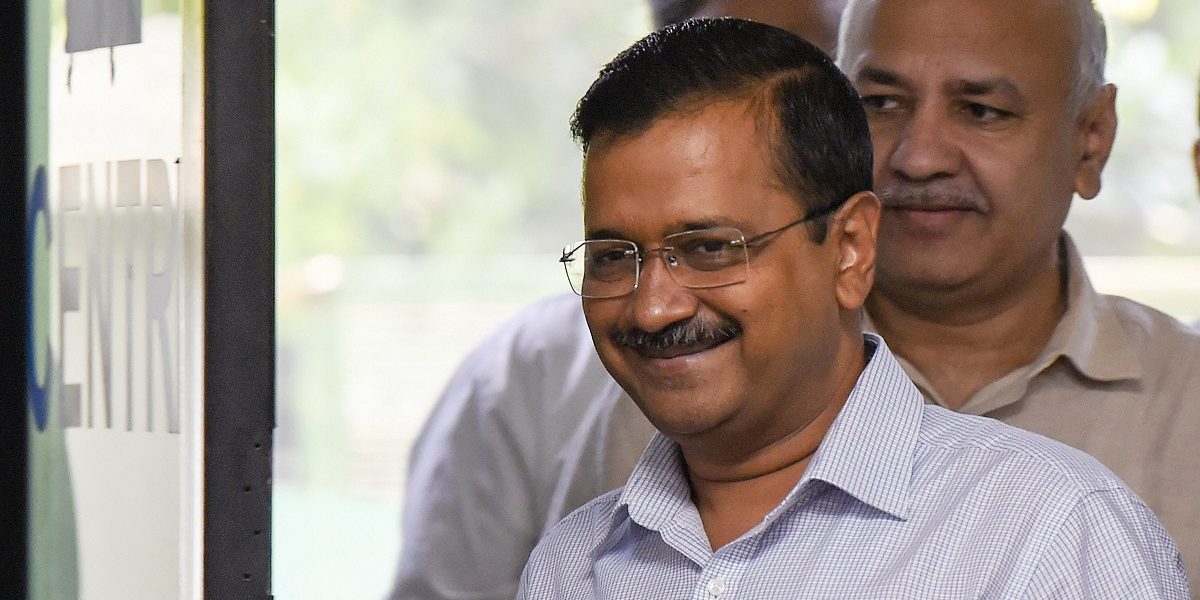 New Delhi: From taking the power lines underground to providing round-the-clock clean drinking water and continuing with the power and water subsidies, Delhi chief minister Arvind Kejriwal today issued a ten-point “Guarantee Card” to the people of Delhi as he urged them to vote him back to power in the upcoming assembly elections.

Issuing the “signed” guarantee card at his party headquarters, the Aam Aadmi Party national convenor said that he would work on the “10 guarantees to the people of Delhi”. “Many of the works detailed in this card have already been done and we promise to continue them and the rest will be implemented in the next five years,” he added.

The Delhi chief minister clarified that what he was issuing was “not a manifesto” but “more than that”. He said the detailed manifesto would be released in the next seven to 10 days.

Speaking about the assurances, he said: “People are very much affected by basic services like electricity, water, education, and healthcare. We guarantee that the existing services in this respect will be continued for the next five years.”

As for the manifesto, he said it would be a “detailed set of promises addressing the issues of specific groups like advocates, teachers, students, and workers, separately. Those promises also will be implemented effectively in the coming five years as we fulfilled our all 70 promises made five years ago.”

The first of his assurances pertained to electricity. Kejriwal said while the provision of 200 units of free electricity would continue, “the government will continue to provide 24 hours of uninterrupted electricity to all.” Also, he said, “electricity will be distributed to all households through underground cables so that chaotic mess of overhead electricity cables will end”.

As for water, he said when the AAP government came to power in 2015, only 58% of Delhi had access to piped water. “We improved it to 93%. In the next five years, the rest 7% will be added to the network of water pipelines. I assure 24 hours clean drinking water facility to every household in Delhi. Also, the scheme of 20,000-litre free water to every household will continue.”

More importantly, he added, that “people will be able to drink water directly from the tap.” This is an important issue considering most Delhiites use RO system or buy water bottles for their daily needs.

Coming to education, for which his government won accolades, Kejriwal said “children born in Delhi will get quality education till graduation, irrespective public, and private schools.” He said his government would continue to “facilitate the students in Delhi with loans for graduate studies.”.

Since the opposition has criticised his government for not opening new schools, he added, “we’ll build new schools wherever required.”

Also read | An AAP Victory Is a Democratic Imperative

In the field of transport, the AAP leader assured that the system would be made “world class”. “The transport system in Delhi will be made a robust one with 11,000 plus buses and more than 500 kilometres of Metro network,” he said.

Apart from this, he said, that last-mile connectivity would be provided to ensure safety for women. And while he had made travel for women free earlier, Kejriwal said the free bus ride scheme would be “extended for students”.

With air pollution reaching new highs every year, Kejriwal said he would work for a “three-fold reduction”. “Pollution is too much in Delhi and it will be significantly reduced in the next five years. We aim to a threefold reduction in air pollution in Delhi.”

This, he said, would be done by using vacuum cleaners for removing dust from the roads, and by planting two crore more trees. Also, he assured, Yamuna will be cleaned and made pollution-free. Kejriwal also promised to remove all garbage sites and landfills.

The chief minister also said that unauthorised colonies would get all basic infrastructure. “We’ll provide roads, drinking water, sewer lines, mohalla clinics and CCTVs in all unauthorizsd colonies in Delhi in the next five years,” he said.

Finally, taking a cue from BJP’s campaign of providing in-situ housing to slum dwellers, Kejriwal also assured the same. “In the slums of Delhi, still people live in extremely difficult situations. In order to give a dignified life to the slum dwellers, they will be provided with ‘pakka’ houses near to the slums.”