Earlier, his government had said the scheme would cover the Ram temple once it was constructed. 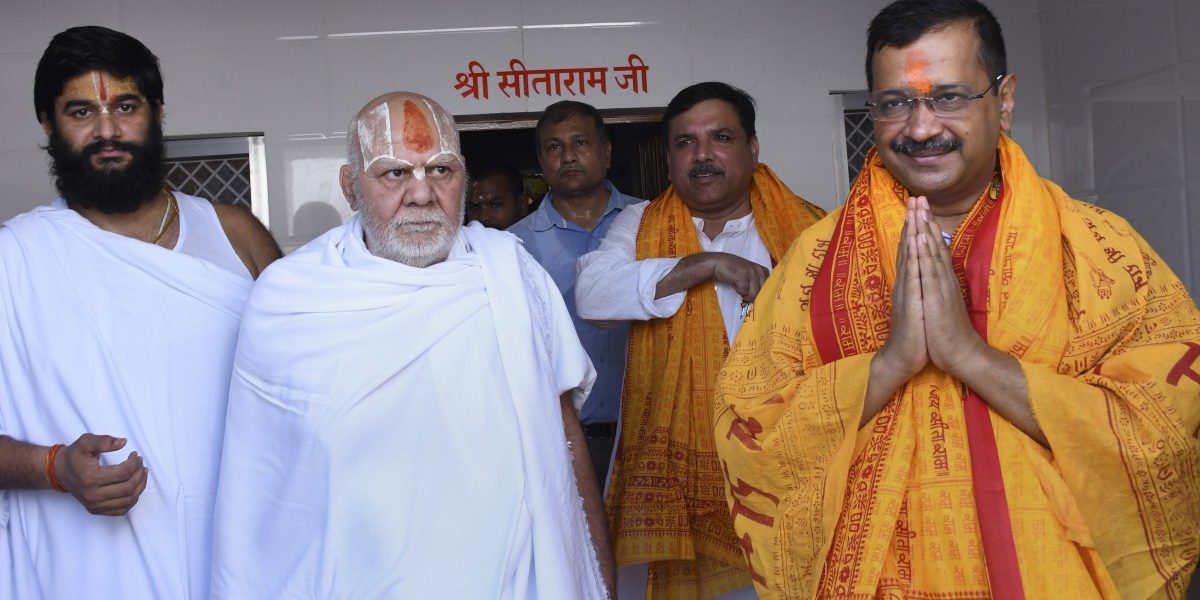 New Delhi: In keeping with his policy of organising religious events and promoting religious tourism, Delhi chief minister and Aam Aadmi Party leader Arvind Kejriwal on Wednesday announced that the Delhi cabinet has approved a proposal for extending the Chief Minister’s Pilgrimage Scheme to cover Ram Lalla in Ayodhya. This means the scheme will cover the controversial Ram janambhoomi site, where the Babri Masjid stood before it was demolished in 1992.

Kejriwal, who had visited the site on Tuesday and offered prayers at the Ram Lalla idol at the makeshift temple, had declared in Ayodhya that the Delhi cabinet would take up the issue of extending the pilgrimage scheme to cover a visit to the city. He had also hailed the Supreme Court judgment in the Ayodhya title suit which had paved the way for the construction of the Ram Temple.

Pilgrimage scheme to Ayodhya was to start after temple construction

Earlier this year, Kejriwal had declared that his government would as part of its “Teerth Yatra” scheme for senior citizens also provide free travel to them to the Ram Temple in Ayodhya once it is constructed. But now, most probably in view of the upcoming assembly polls in Uttar Pradesh, he has decided to advance that proposal. The scheme was launched by Delhi government in 2018.

Following a meeting of the Delhi cabinet on Wednesday, he tweeted that now the elderly will be allowed to undertake a pilgrimage to Ayodhya too under the Chief Minister’s Pilgrimage Scheme.

Addressing people after the Delhi cabinet meeting, Kejriwal said he was pleased to inform all Delhiites that a proposal to the effect of including Ayodhya in the pilgrimage scheme was passed. He said till now the scheme covered Jagannath Puri, Ujjain, Amritsar, Shirdi, Jammu, Dwarka, Tirupati, Rameshwaram, Hardwar, Mathura and Bodh Gaya.

Free of cost travel for elderly citizens, one attendant

He said under the scheme the entire expense of the pilgrimage is borne by the Delhi government. This includes the pick up and drop from their homes, their train travel, stay in a hotel and local travel. Also, he said, the elderly citizens are allowed to take an assistant with them too without incurring any additional expenditure. Till now, he said, the Delhi government has taken over 35,000 people on such pilgrimage.

Kejriwal also made it a point to let people know that he himself on Tuesday visited the site where Ram Lalla is installed in Ayodhya. “I prayed to God that he has given me a lot and to the best of my ability I will ensure that more and more people are able to visit Ayodhya and have a darshan of Ram Lalla. I want to be like Shravan Kumar (a mythological figure who carried his parents on his shoulders to many shrines).”

The Delhi chief minister also said that the pilgrimage scheme was not functional for a year or two due to the COVID-19 pandemic but now with an improvement in the situation, it would be revived. “The officers are trying to resume the scheme as the train services would resume to many places in about a month’s time,” he added.

Of late, the Aam Aadmi Party has been appealing to the religious sentiments of the Hindu masses. It is right now also running video advertisements showing Kejriwal appealing to people to join in the Diwali Puja that would be organised by him and his ministerial colleagues on November 4.

The party has in the past too organised several religious events at various temples in Delhi, including the Akshardham Temple.

At the beginning of this year, Kejriwal had also declared that he was a “bhakt” of Lord Hanuman who has been trying to establish “Ram Rajya” in Delhi for the last six years. In the past, he had also shown his religious side in 2020 when he had publicly recited the Hanuman chalisa and visited the deity’s temple both before and after the assembly election results.

Kejriwal’s open embrace of religious practices and programmes surprises many as he was only able to form a government due to the overwhelming support from several minority communities in both the 2015 and 2020 assembly elections. But the Delhi government’s handling of the northeast Delhi communal violence of February 2020 has been called into question by civil rights activists, citizens and advocates alike.

Emphasis on religion ahead of UP, Uttarakhand assembly polls

AAP has also been playing a soft religious card in Uttarakhand and Uttar Pradesh – two of the states where it would be contesting the 2022 assembly polls.

In Uttarakhand, the party in August organised a Tiranga Yatra in Ayodhya. It had stopovers at Ram Lalla Temple and Hanumangarhi. This happened almost a year after Prime Minister Narendra Modi performed the ‘groundbreaking ceremony’ for construction of a Ram Temple in Ayodhya.

Though AAP leaders make it a point to state that their interpretation of Hinduism was very different from the divisive version dished out by the BJP, some of the party’s proclamations confuse people and make them wonder if this is really true.

In Uttarakhand too, AAP has made several announcement which are viewed as appealing to the religious sentiments. It projected Colonel Ajay Kothiyal as its chief ministerial face. While doing so, Kejriwal praised him for the reconstruction and rehabilitation work at and around Kedarnath Temple. He also proclaimed Kothiyal’s volunteers to be “Bhole ki fauj” (army of Lord Shiva).