Given that Jaitley was interested in cricket, the metaphor that would best describe him is that he is an allrounder. 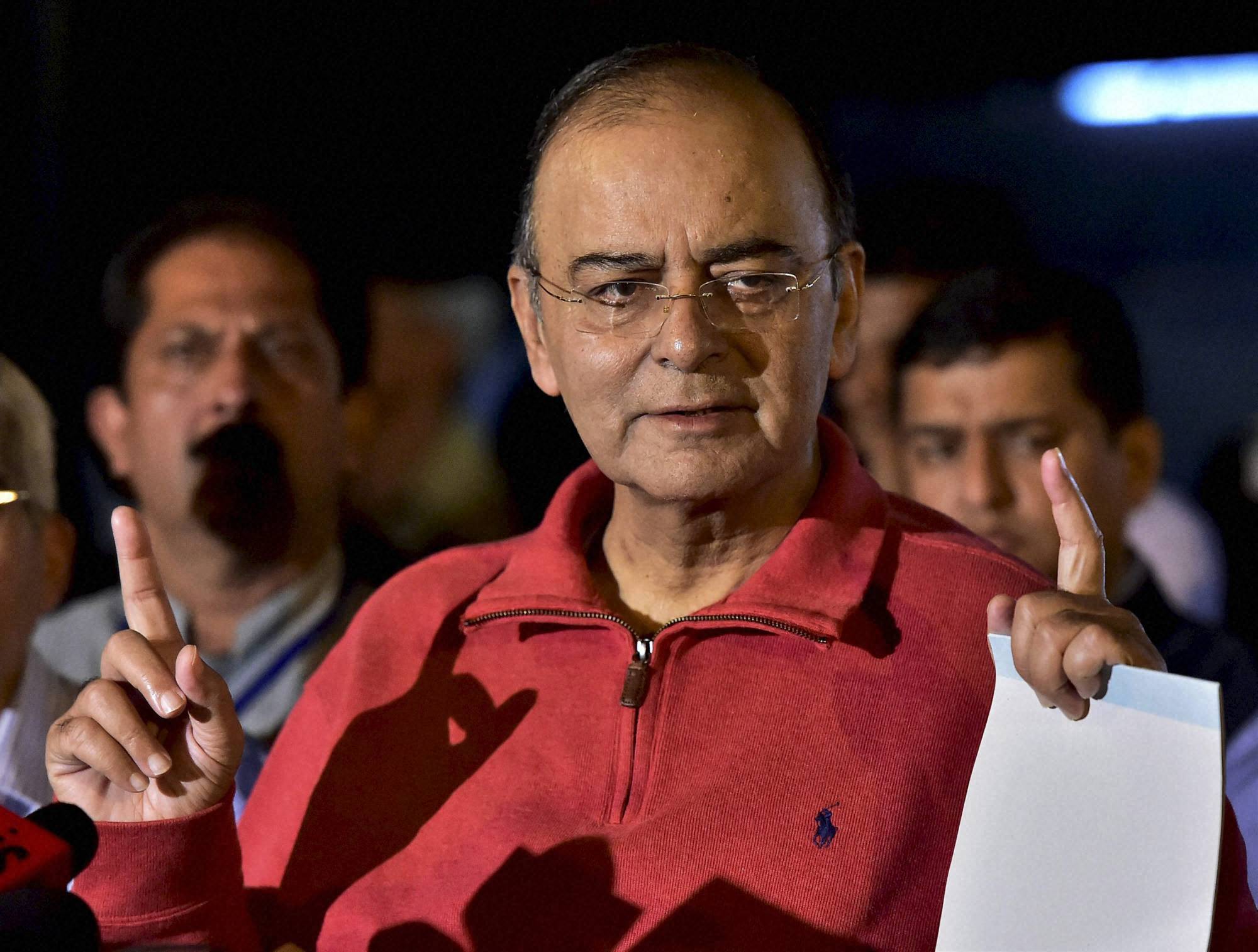 Most assessments of the first anniversary of the Narendra Modi government have tended to concentrate on policy objectives and whether the grand promises that were made – Acche Din et al. – have been fulfilled. The grade given by pundits, admirers and most of all the corporate sector, which has invested the most in this regime, average out – gingerly – to a B-plus, indicating that the government is strong on intent even if application has been somewhat wanting.

But along with governance, it is equally important to consider the performance of individuals, where the quality ranges from average to indifferent to decidedly poor.

The one stand-out in this roster is the man who not only has shown an ability to deal with the complexities his job brings but also balance the pragmatic with the political. More crucially, he has emerged as the go-to man for the government to interface with a variety of constituencies, from the media to the corporate sector to global investors all of whom matter a lot to the Modi administration. Step forward, Arun Jaitley.

Given that Arun Jaitley loves cricket and has been an administrator of the game as vice-president of the BCCI it would be apt to describe him with a cricketing metaphor—he’s an all-rounder. He can open the innings and also come further down in the middle-order; he possesses a safe pair of hands and most of all, is a master bowler of spin. Just in the last year, since the BJP was voted into power with a tremendous majority, he has held varied portfolios, ranging from defence, finance, information and broadcasting and corporate affairs.

Probably the most important role he has played in the last one year is as the de facto spokesperson of this government, robustly and efficiently not just defending its decisions but also explaining some of the U-turns the Modi government has had to take in the past few months, such as on the nuclear deal and the Henderson-Brooks report. It fell to him to first declare that this government would not be withdrawing demands on Minimum Alternate Tax on Foreign Institutions – something that the BJP had criticized during UPA’s rule – and then, when the investors showed their displeasure by selling in the stock markets, to set up a committee that would buy him some time.

When geniuses in the Income Tax department came up with a 14-page form for all assessees which would require them to give copious details of their foreign travels, Jaitley, then travelling abroad, immediately realised that it would annoy the salaried middle-class and asked that the form be redone.

Jaitley is most sensitive to the nuances of the Modi agenda, understanding that while he has to take investment-friendly decisions, it won’t do to appear too close to the business community. He has admitted there is an agrarian crisis and that farmers need help. On the land acquisition Bill, he has gone along with the party line, defending it while slamming the UPA’s version of the same law, which the BJP had supported. This ability to manoeuvre the treacherous political sands without appearing defensive or indeed needlessly aggressive is what sets him apart—like any good lawyer, he sets out to present the best possible defence of his client.

This is a more valuable skill than acknowledged. Jaitley’s colleagues in the government and in the party tend to come out fists flailing against the UPA and the Gandhi dynasty whenever they are asked a question. Jaitley doesn’t; he is critical of the Congress, but not in a way that sounds crude. The chambers of commerce and international economic summits where Jaitley is quite at home, appreciate that.

The articulate and suave Jaitley makes up for the crass public spokespersons of the party and provides assurance that the BJP bench has some people with the education and maturity to express the party’s and government’s point of view without getting into a slanging match. He rarely, if ever, displays a needless angularity in addressing an issue. That makes him well-liked by the media, which knows that he will give a good quote but also provide insights and information that is so sorely lacking.

Part of the reason for his widespread media popularity is, of course, his networking skills. A recent profile suggested that he had friends in the media and also in politics cutting across parties and ideologies which had helped him over the years. Perhaps that is the case, but if so, then this quality has helped this government the most, since it is largely composed of novices who would otherwise find themselves at sea in the treacherous waters of Delhi. Jaitley is an invaluable man for Narendra Modi.

But Jaitley would enhance his stature much more if he came out more strongly against the communalism being displayed by some of his party colleagues that threatens to divert the government’s agenda. The last year has seen Sanghi hotheads, including MPs, making anti-minority statements; prominent representatives of Muslim and Christian communities have expressed their fears at the rising communal temperature in the country. Jaitley can and should ensure that these elements are kept in check. As a party elder, his assertiveness will definitely go a long way.