"Let us contain this raging fire, this tsunami of hate that has been unleashed before all that has been so painstakingly built by past generations is razed to the ground," the Congress president wrote in a newspaper article. 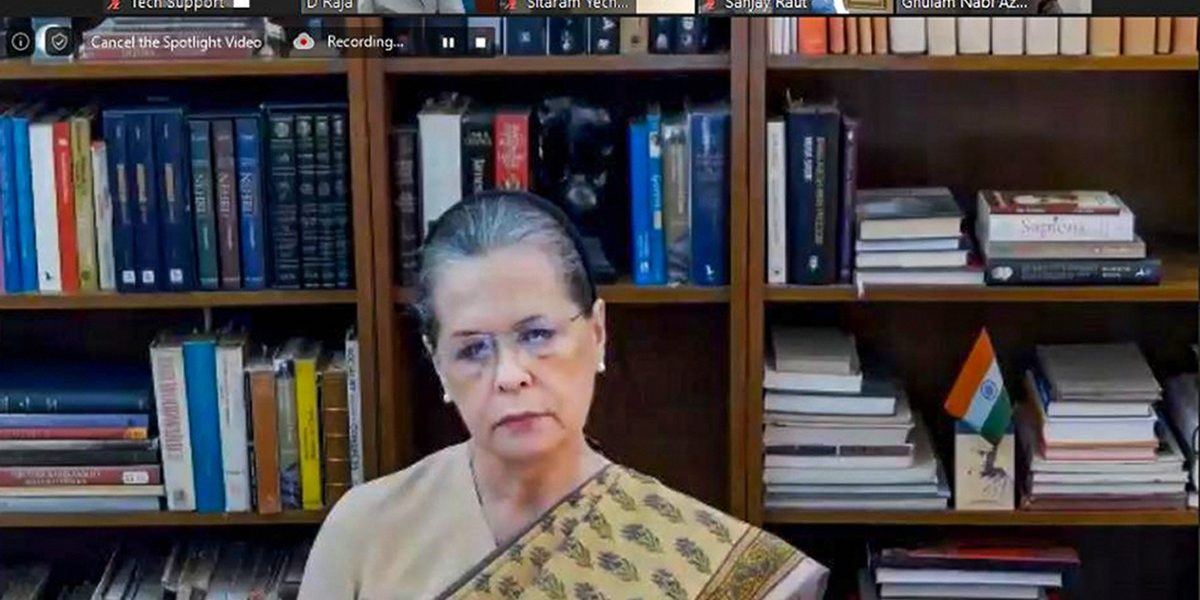 New Delhi: Hatred, bigotry and intolerance were “engulfing” the country and if not stopped these would damage the society beyond repair, Congress president Sonia Gandhi has alleged.

In a newspaper article, she called upon people not to allow this to go on and urged them to stop “this raging fire and tsunami of hate” that will “raze all that has been so painstakingly built by past generations”.

“An apocalypse of hatred, bigotry, intolerance and untruth is engulfing our country today. If we don’t stop it now, it will – if it already hasn’t – damage our society beyond repair. We simply cannot and must not allow this to go on. We as a people cannot stand by and watch as peace and pluralism are sacrificed at the altar of bogus nationalism,” she said in an article in the Indian Express.

“Let us contain this raging fire, this tsunami of hate that has been unleashed before all that has been so painstakingly built by past generations is razed to the ground,” Gandhi wrote.

She quoted Nobel laureate Rabindranath Tagore’s Gitanjali to say its verses were “all the more relevant and have heightened resonance” now.

“Over a century ago, the poet of Indian nationalism gave the world his immortal Gitanjali of which perhaps the 35th verse has become the most celebrated and most quoted. Gurudev Tagore’s prayer, with its seminal lines starting, ‘Where the mind is without fear…’ is all the more relevant and has heightened resonance today.”

In the article ‘A Virus Rages’, the Congress chief asked, “Does India have to be in a state of permanent polarisation?”

She alleged that the ruling establishment clearly wants the citizens of India to believe that such an environment was in their best interest.

“Whether it is dress, food, faith, festivals or language, Indian are sought to be pitted against Indians and the forces of discord are given every encouragement – overt and covert. History – both ancient and contemporary – is continuously sought to be interpreted to promote prejudice animosity and vengeance,” she claimed.

Her article comes in the wake of the hijab row, violence during Ram Navami and the clash in the Jawaharlal Nehru University over serving non-vegetarian food in the hostel mess on the occasion.

Gandhi alleged it was a “travesty” that instead of utilising the resources for creating a bright, new future for the country and engaging young minds in productive ventures, “time and valuable assets were being used up in attempts to refashion the present in terms of an imagined past”.

Noting there was much talk from the prime minister about acknowledging India’s diversity, she claimed the “harsh reality” was that under the ruling dispensation, the rich diversity that defined and enriched the society for centuries was “being manipulated to divide us and, worse, to harden and get more firmly entrenched” in them.

“The rising chorus of hatred, the unconcealed instigation of aggression and even crimes against the minorities is a far departure from the accommodating, syncretic traditions in our society.”

The Congress chief alleged, “There is something else more insidious that is part of this new, grand divisive plan to keep India in a state of permanent frenzy. All dissent and opinion that are opposed to the ideology of those in power are sought to be ruthlessly stifled. Political opponents are targeted and the full might of the state machinery is unleashed against them.”

In the article, she claimed that activists were being threatened and sought to be silenced while social media particularly was being used to “propagate what can only be described as lies and venom”.

Sharing a screenshot of the article on Twitter, Rahul Gandhi said, “Every Indian is paying the price for the hate fuelled by BJP-RSS. India’s true culture is that of shared celebrations, community, and cohesive living. Let’s pledge to preserve this.”

Leader of the opposition in the Rajya Sabha Mallikarjun Kharge shared a link to Sonia Gandhi’s article on the microblogging site and said, “The sense of hatred and animosity is prevalent in the nation, constantly fuelled by the ruling party BJP.”